I will freely admit that while I am a knowledgeable and well read Beatles fan with a keen interest in Liverpool history I'm also at best an amateur writer.  That said, my Dad used to remind us that if we were going to do something, we should try and do it properly and so, above all else, what I strive for on this blog is 100% accuracy. If I post a photograph I'll try and tell you the precise date it was taken, where it was taken, and by whom (for accreditation purposes).

This is because I am very wary of adding to the pages of misinformation and inaccurate research that you can find on line. Spend more than a few minutes on a Beatles themed Facebook page and you'll find pictures accompanied by mistakes, half truths and lies. It amazes me how much rubbish people accept at face value without having had sight of any supporting evidence. It amazes me how much time I spend trying to correct these mistakes, justifying my corrections with proof and sometimes receiving nothing but abuse for it, especially from people who "were there at the time".

I shouldn't let it bother me (the mistakes, I can handle the abuse) but it does. That's nothing in comparison to how annoyed I get when I find errors in the media. Whilst I'm sure there are exceptions it seems to me that as today's reporters and journalists are getting younger so the accuracy of their reporting gets worse. Do they actually check their research before they go to print?

What's even more disappointing is when the piece originates on our own doorstep. Over the last few years I've seen countless errors in the once reliable Liverpool Echo, and today this page from our very own Museum of Liverpool's website was brought to my attention. 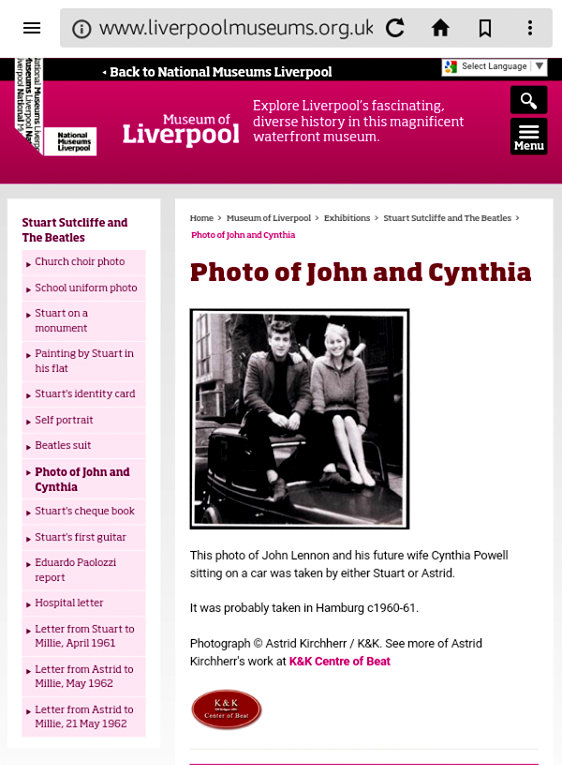 Well they got the heading right. It is indeed a photograph of John Lennon and his future wife Cynthia Powell.

So far so good, but in the three short paragraphs under the photo there are at least five (count-em!) errors.

The Museum are using a cropped, black and white version of a lovely but not particularly rare photo of John and Cynthia sitting on a Ford Car with two art school friends - Tony Carricker (with his hands on John) and Jonathan Hague. 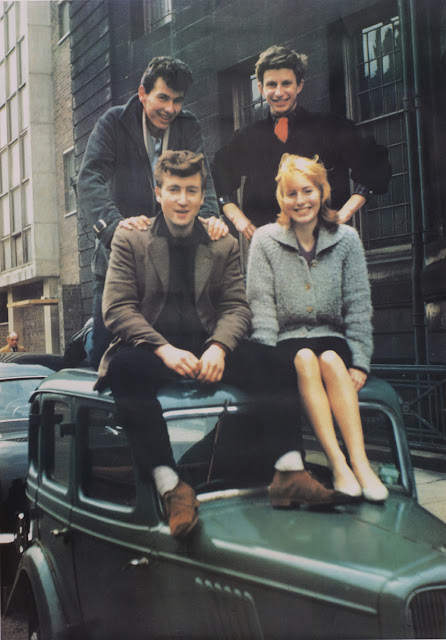 The photograph was taken outside Liverpool Art College on Hope Street circa 1960 before the Beatles first went to Hamburg.  I took the photo below standing on the same spot in October 2010. 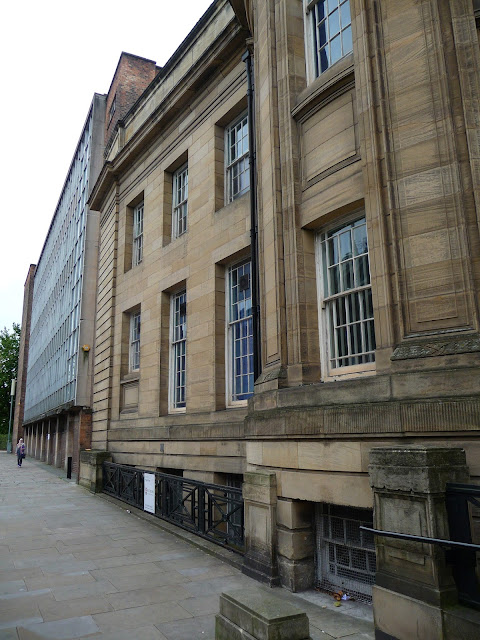 When the Beatles went to Hamburg for the first time John quit Art College. The photograph must have been taken before that first trip in August 1960.

Cynthia did not accompany the Beatles to Hamburg in 1960.

The Beatles first met Astrid Kirchherr in Hamburg and so she could not have taken the photograph.

I wonder then how the Museum of LIVERPOOL (let's not forget) can accredit the copyright of this photograph to Astrid?

I doubt Stuart took it either. In fact, the photo has recently appeared elsewhere as  ©Tony Carricker. 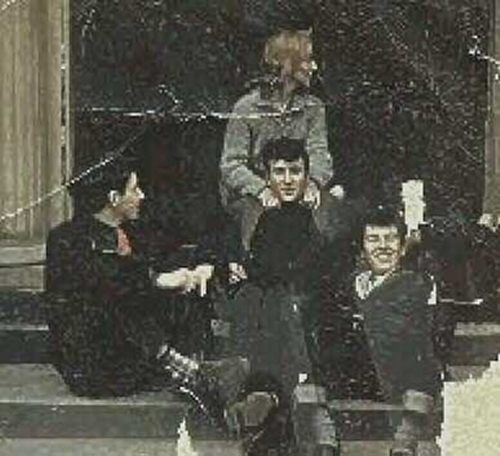 While we're at it, here's another photo from the same day. John and Co. fooling about on the Art College steps. The columns either side of the door look much whiter today! 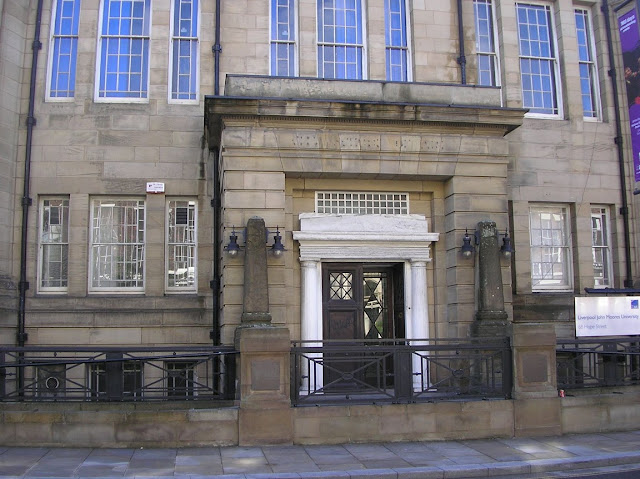 It's only one stupid photo of John Lennon, why is this so important?

You may well ask (my wife did).

I agree. In the scale of things it's not a big deal. There are far more important things in life to be concerned about but consider this: The photograph is 57 years old, within people's living memory. If our newspapers and museums can't check their facts about recent events - when all the evidence is there - then how do we know anything they tell us about the Tudors or the Romans or the dinosaurs is accurate?

Thanks to P.H. for the heads up.