There Are Places I Remember - The Beatles, Liverpool and Beyond.....WELCOME!

Welcome to my Photo blog, which combines my love of The Beatles, photography, and the history of my home city of Liverpool.
In addition to all of the famous locations which are usually included on the tourist maps and guided tours I hope to show you a few sites with a Beatles connection that are not normally covered. 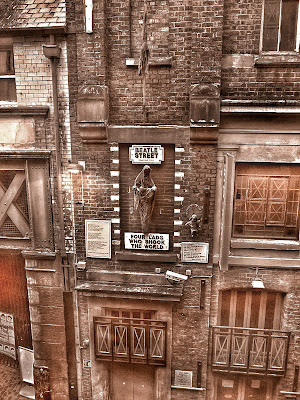 Whilst The Beatles will always be the starting point I may also take the opportunity to point out other things I hope you will find of interest as we go along because in Liverpool, history is everywhere you look....

Originally my intention was simply to present a gallery of Beatles related photographs I had taken during my lunchtime walks around the city centre or at weekends spent near my home in south Liverpool.
However, during my research on-Iine I quickly discovered two things - one, that kind of thing has been done quite a few times already, and two, there is a treasure trove of old photographs out there, many taken in the 1940s and 1950s showing the same places I had photographed but more often than not as they would have looked at the time when the future members of The Beatles were growing up.

Though it should perhaps have been immediately obvious to me, it soon became apparent that these old photographs were not only documenting the Liverpool of the four before they were Fab. This was also the Liverpool of my parents, both born here in 1944 and the older generations of my family. Their childhood memories of the city differ little from anybody else born during or in the immediate aftermath of the Second World War - the air raids, their absent fathers returning from overseas to a city of soot blackened buildings - if the buildings were still standing of course, uncleared bombsites, tramlines, cobbled streets, the Overhead Railway passing the miles of busy dockland, the overcrowded schools, rationing, tin baths, outside toilets, pre-fab houses, the first television sets for the Coronation and the advent of Rock 'n' Roll.

Where possible, whenever I've found an old photograph of something relevant I've gone back and tried to re-photograph the site from the same angle to enable a "now" and "then" comparison to be made. I've also tried to credit the source of the original photograph. No copyright infringement is intended and I will be happy to remove any of the photographs on this site should the owner of the photograph request. My own personal view is that an interesting photograph should be enjoyed by many rather than locked away or forgotten in an old box but I appreciate that sometimes that is not my decision to make.


Several authors have produced books about the houses where the Beatles lived and the venues where they performed in Liverpool and Wirral. Whilst all of these publications have proven useful the main influence for my blog is the book 'The Beatles' London' by Piet Schreuders, Mark Lewisohn and Adam Smith (1994, revised 2008).  Whilst the backcover blurb -  "The Beatles' London places the world's greatest group in the fascinating context of the world's greatest city - the places they worked, played and called home" makes a silly claim, it did make me wonder why nobody has ever done something in this depth for their birthplace (the actual world's greatest city)?


This then is my inspiration and here you will find not only the houses where they lived and the venues where they performed but also the hospitals where they were born, the schools they attended, the parks where they played, where they went to visit family, the cinemas where they took their girlfriends and mates, their mates houses, the churches where they worshipped, the pubs and cafe's where they ate, drank and socialised, locations where they were photographed as children on family days out and later as Beatles, together with a myriad of museums, art galleries, hotels, hospitals, night clubs, offices, places of marriage, restaurants, shops, theatres, train stations and even the odd airport. I want to take an in depth look at the dockland area where many of their ancestors first arrived in Liverpool as famine stricken Irish migrants, before job opportunities or circumstances caused them to disperse across the city to the places most closely associated with John, Paul, George and Ringo today; Woolton, Speke, Wavertree and the Dingle.

Occasionally we may leave Liverpool and travel to another town or city where the Beatles performed in those early days of Beatlemania.

I hope you enjoy your time Here, There and Everywhere. 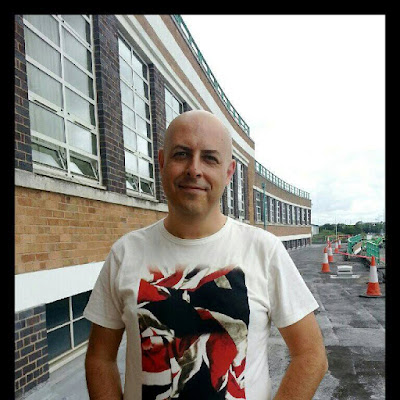 Photo: On the viewing balcony at the original Liverpool Airport in Speke where thousands of hysterical fans greeted the Beatles on their triumphant return to the city on 10 July 1964 for the Northern Premiere of their first film, "A Hard Day's Night"