In the 1930s Liverpool Council had been forced to develop large housing estates on the outskirts of the city. Three sites had been purchased before 1939 but the advent of the Second World War halted any new building developments as resources were diverted elsewhere.

One of the sites was Speke, in the south-east of the city where building work had started in 1936. When the war ended the development rapidly gained momentum and by the time it neared completion in 1957 more than 6000 homes had been built. 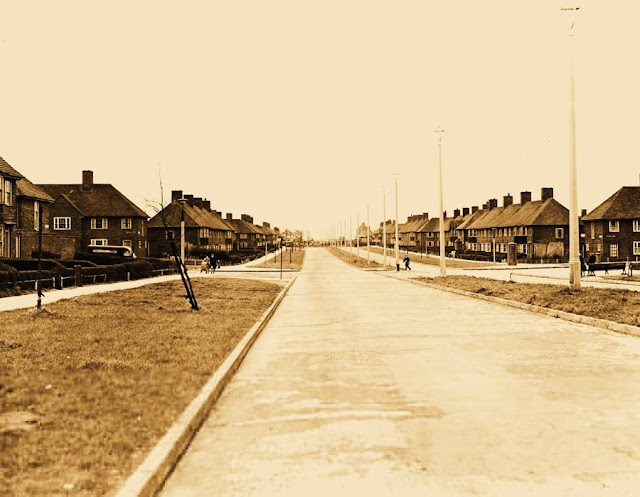 Paul McCartney had just turned five when his family arrived in Speke in August 1947, the furthest south any of the McCartneys had lived. His mother Mary had taken a job as the Liverpool Corporation's  Municipal Midwife on the new housing estate.  With the job came a new house, 72 Western Avenue, a road so new that it was still under construction when they moved in. Saplings had been planted in the central reservation but the grass had yet to take seed.

Their move from Sir Thomas White Gardens in Everton co-incided not only with Jim McCartney's return to work in his beloved Cotton Industry (he was unable to do so during the war years) but also the start of Paul's schooling.

Although both his sons had been baptised Catholics, Jim decided that he didn't want them to go to a Catholic faith school believing they spent too much time on religion and not enough on education. Paul was duly enrolled at Stockton Wood Road Infants, a new* Church of England School behind the McCartney's house. 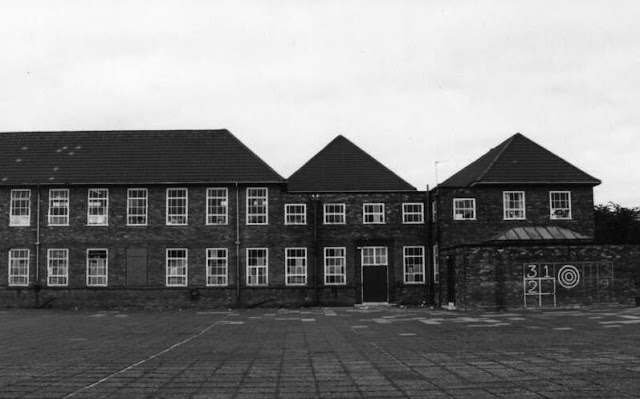 The School had been built to accommodate more than 1000 children but such was the post war "baby boom", together with the influx of new families onto the estate it would soon exceed that number.

Many of the new families had come from underprivileged slum areas of the city where high unemployment was only one of the hardships they faced.  Inevitably many (but not all) of the children from these families had grown up tough and mixing with them on a daily basis both Paul and Michael found out quickly that the only way to survive in school was to fight.

Paul recalls that "I started off going to school in a dead rough area of Liverpool. i used to have just as many fights as anyone else. I remember one day getting hold of this fellow and clubbing him with a big bar. I was only about five".

For this misdemeanor, Paul received a telling off from the headteacher during an assembly in front of the whole school and a more severe rebuke when he got home. 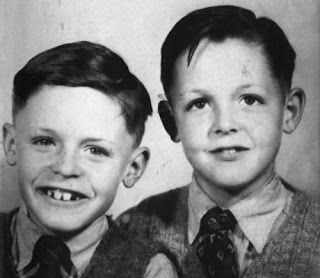 Mike McCartney writes in "Thank U Very Much" about the many times his big brother came to the rescue in the school yard.

In his later years Mike became the boss of his own little gang "Charging against the 'enemy' across the school yard in full war cry" and on one occasion teaching an older bully a lesson (he was hitting little girls) by throwing a house-brick on his head.

"After this bloody, awful incident, he didn't bully little girls, or anyone else for that matter". 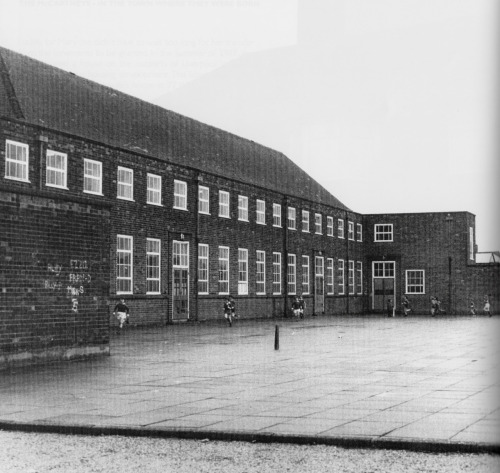 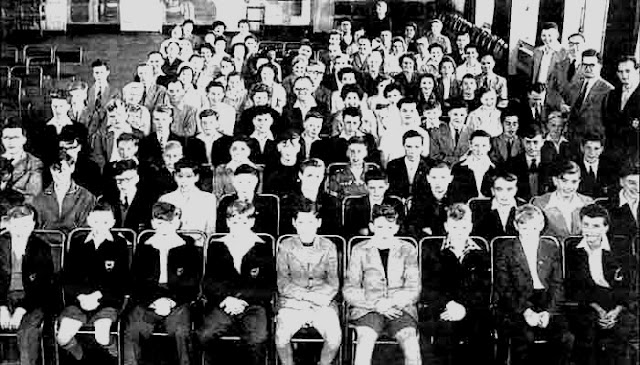 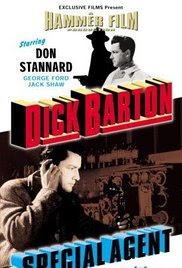 It was at "Stocky Wood" that Paul and Mike saw their first film, Dick Barton: Special Agent, starring Don Stannard in the title role. It was released in May 1948, the first of three Barton films made by Hammer Film Productions based on a BBC radio series which was a great favourite of the young McCartneys.

Paul was not so keen on the film. Sitting on wooden benches in the darkened hall Paul was reportedly scared out of his wits, clambering over his class mates such was his hurry to leave, much to the amusement of his younger brother.

Not that they always bothered to go to school, even at this age. Whilst Paul was bright and capable of being top of his class his attention was easily diverted elsewhere, usually accompanied by his brother. Mike recalls the balmy summer of 1951, when he and Paul would sag off (play truant) and make their way past war camouflaged rubber factories, through the stately grounds of Speke Hall and down to the banks of the river Mersey where they'd go skinny dipping in the unpolluted waters.

Playing truant came to an abrupt halt in September that same year. When the post war birth explosion in Speke reached 1,500**, Paul and Mike were moved from Stockton Wood to Joseph Williams Primary School in Belle Vale (Gateacre) which, as luck would have it, was short of older pupils. It's not clear whether Mike went at the same time as Paul and 50 or so other kids - or with his own age group a year or so later. 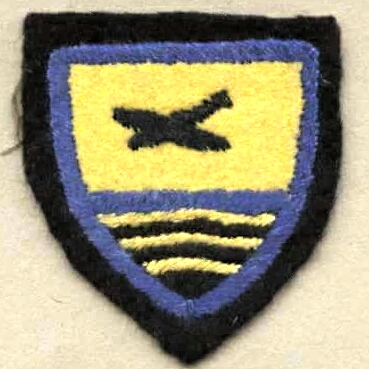 Apparently Mike McCartney has made it known over the years that one of his most sought after items is a Stocky Wood badge - "black and yellow, with a picture of a Spitfire flying over the River Mersey" - if you have one I'm sure he'd like to hear from you.

This was one of the first "Beatle locations" I went to photograph, long before I learnt that it was always an idea to check if the building I wanted to photograph was still there before setting off. 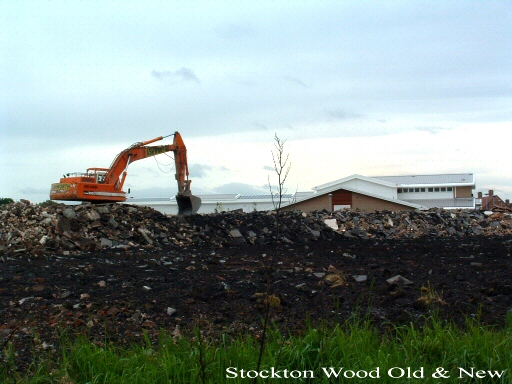 Unfortunately I was too late. A new purpose built school stands on the site and nothing remains of the original buildings.  The new school operates a house system named after the four Beatles, a nice acknowledgement of the link to one of their most famous former pupils. 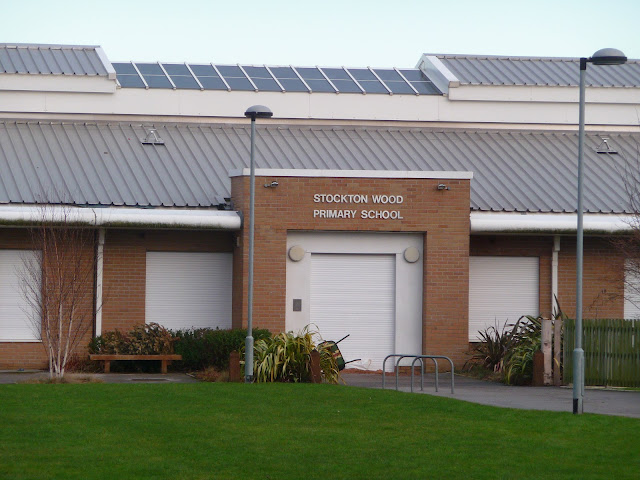 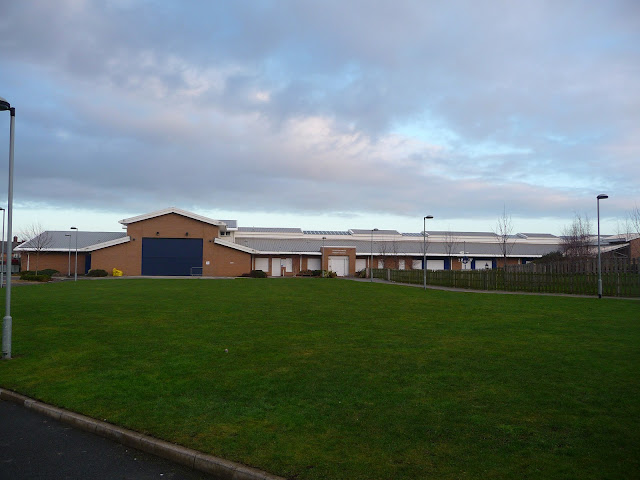 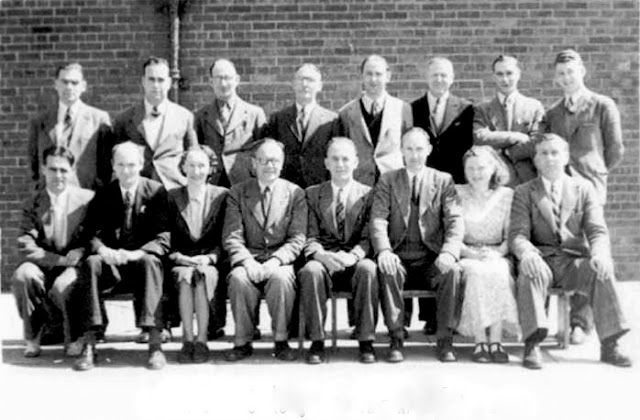 This photograph shows the teachers at Stockton Wood circa 1950-51, towards the end of the McCartney's time at the school. The photograph below shows Mr. Kellet and his pupils in one of the school's classrooms in 1952. 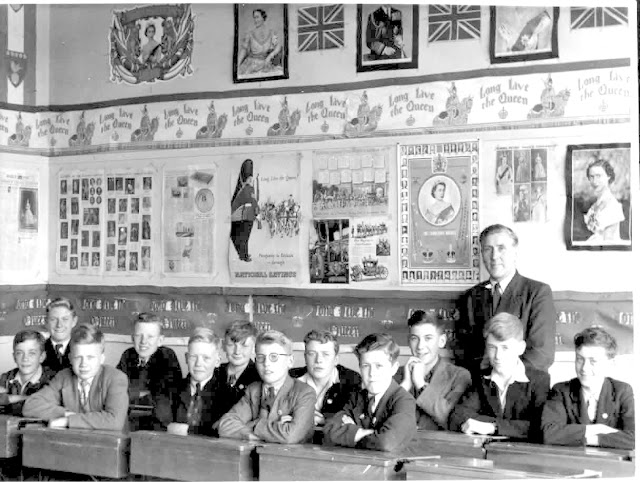 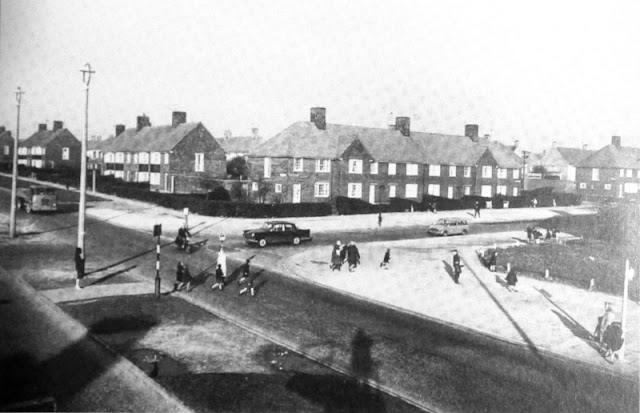