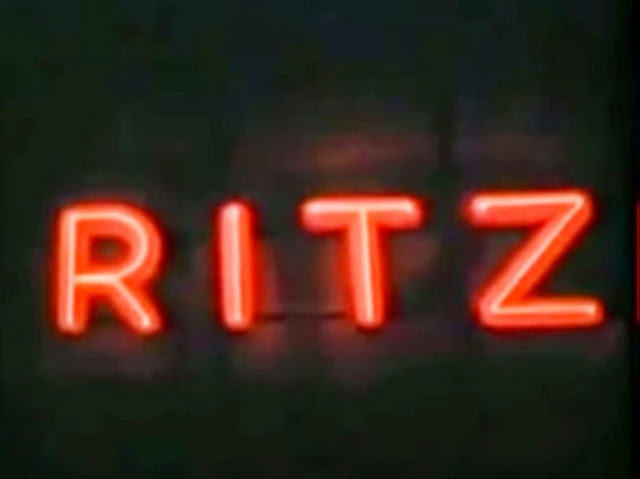 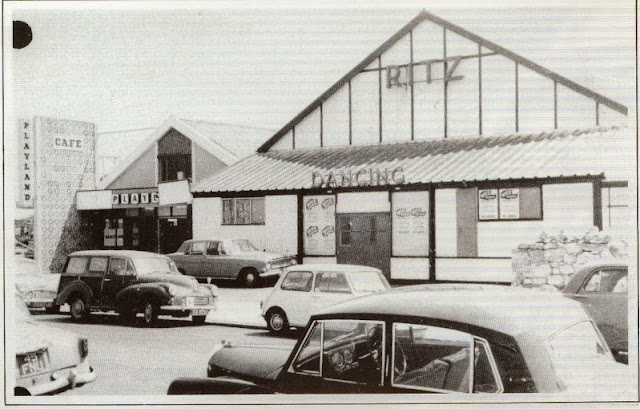 Rhyl began to take off as holiday resort following the opening of its train station in 1848 and the fairground at Marine Lake was seeing thousands of visitors annually. Under the name Ocean Beach it  relocated in 1954 to the West end of the promenade.
Standing on the Ocean Beach Fun Fair site facing the sea, the dance hall was created in a part of the old Alhambra Restaurant and given the name Ritz Ballroom in 1955. The resident orchestra was initially led by drummer Laurie Williams, then by drummer Ken Bailey and eventually by trumpeter Duke Gordon. 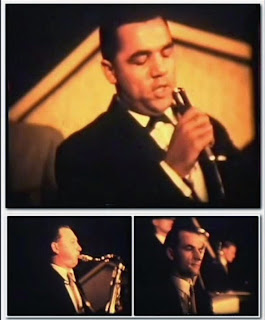 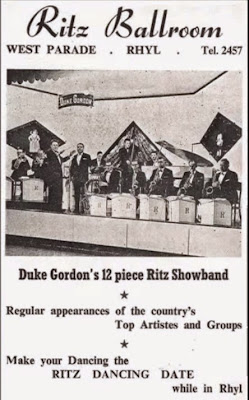 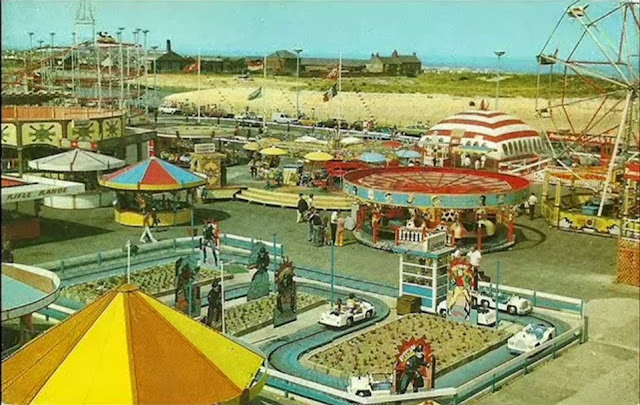 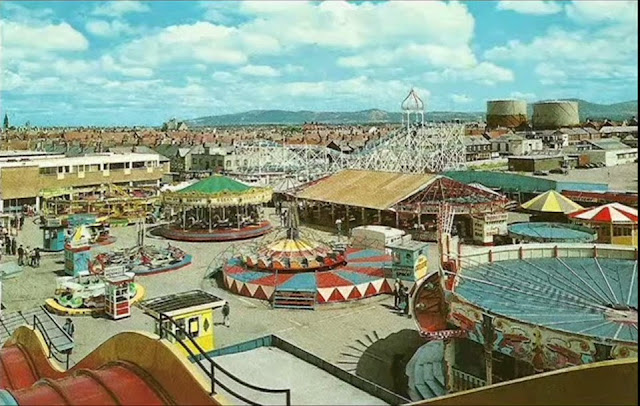 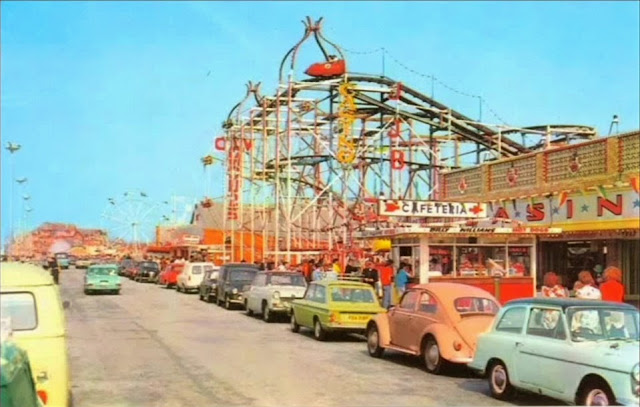 Jess Ballard, Holywell: I was working in the cash box [at Rhyl] at the time and so was my husband, the band leader who went under the name ‘Duke Gordon and the Ritz Showband’. The main Beatles' hits at the time I believe were ‘Please Please me’ and ‘Love Me Do’. 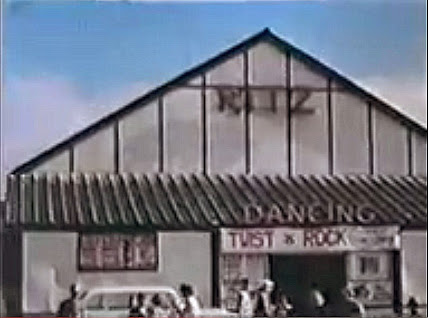 The Beatles performed at the Ritz Ballroom for two consecutive nights in July 1963, one year to the very week that they made their first, rather more low key, Welsh debut in Rhyl at the Dansette.  They played two concerts on each day, both of which sold out well in advance.
After this first concert The Beatles stayed at the bridal suite in the Westminster Hotel located 55 yards from the promenade at 11-12 East Parade. It's still there today. 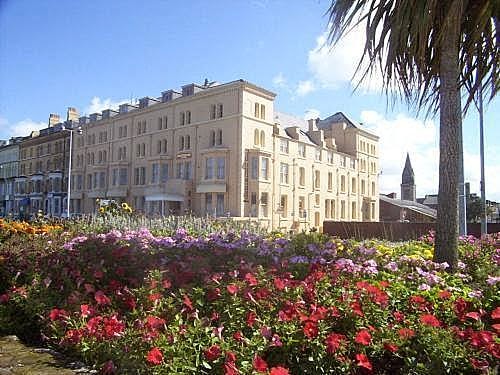 A film of early 1960s Rhyl in Colour. Look out for the Ritz at the end! 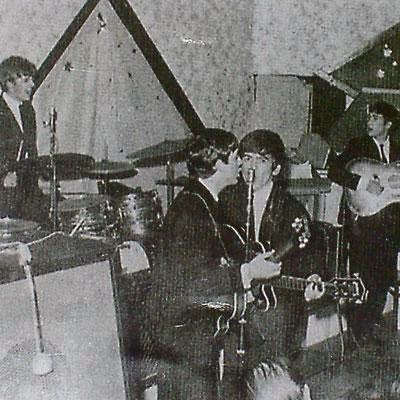 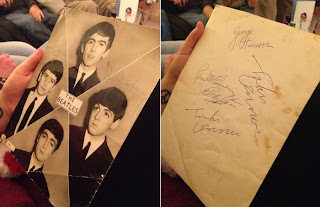 The Beatles on stage at the Ritz (above) and some of the autographs obtained by fans during the Rhyl performances. At the end of the second night The Beatles drove straight back to Liverpool. The following evening they performed at the Queens Theatre, Blackpool before commencing a 6 night stint at the Odeon theatre in Weston-super-Mare from 22-27 July 1963. 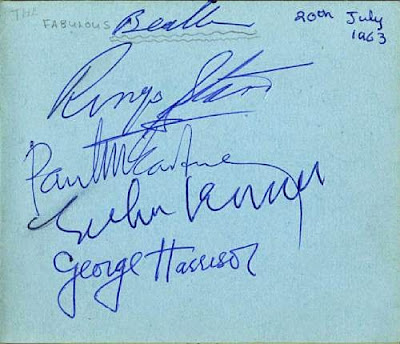 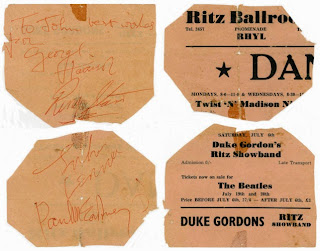 The Ritz was destroyed by fire in 1968 (see photo below). 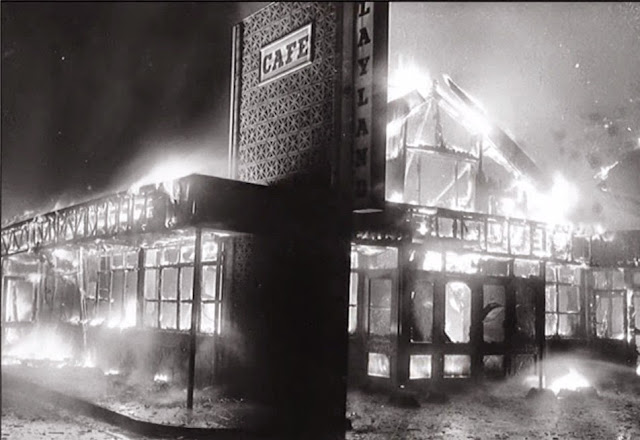 The town and the park declined in popularity after the 1960s and there was very little investment in new rides or attractions during its final years. The amusement park closed for the final time on 2 September 2007. Plans to build a retail and leisure complex on the site of the old Ocean Beach site, known as Ocean Plaza due to commence building in May 2009 have been delayed. 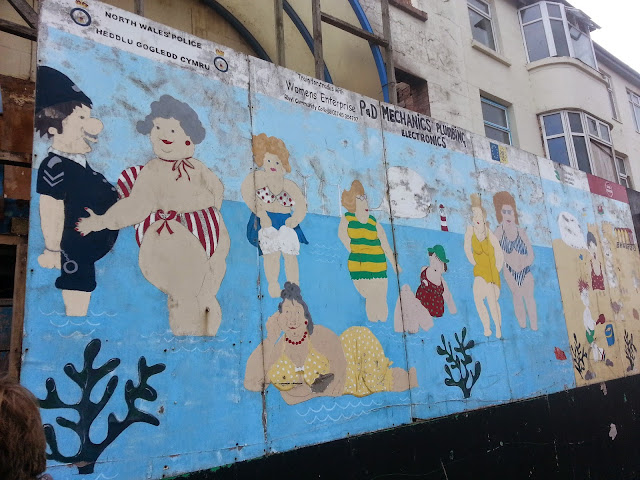 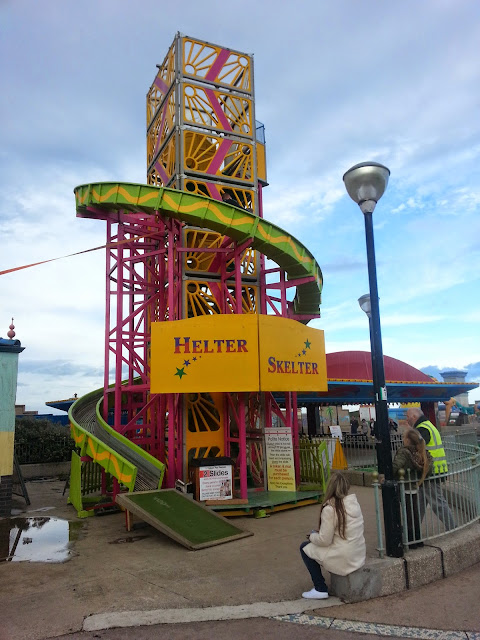