Prescot is a town adjacent to Huyton within the Metropolitan Borough of Knowsley in Merseyside, situated approximately eight miles to the east of Liverpool city centre.

In the 18th and 19th century Prescot was the centre of the watch and clock making industry which came to an end with the failure of the Lancashire Watch Company in 1910.

British Insulated Callender's Cables (B.I.C.C.) was formed in 1945 by the merger of two long established cable firms, Callender's Cable and Construction Company Limited and British Insulated Cables (the latter formed in 1890) and became the primary industrial employer in the town.
Cilla Black was working as a secretary for B.I.C.C. in the Stanley Street office in Liverpool city centre when she was “discovered”. 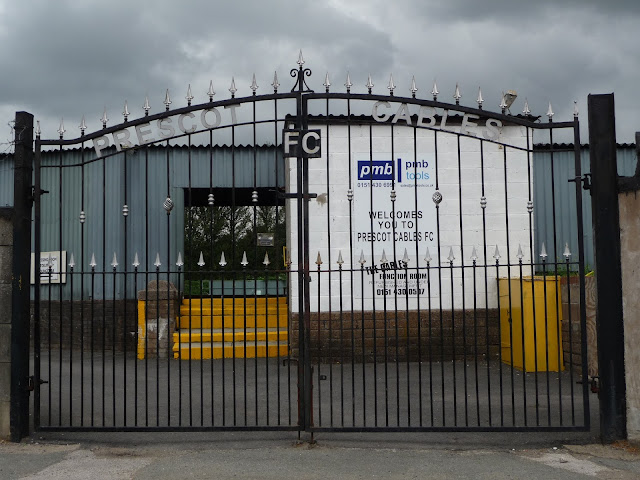 Named after the local factory, Prescot Cables F.C. is a supporter owned football club, established in 1884, who presently play in the Northern Premier League Division One North. Their home stadium is Valerie Park, traditionally known as Hope Street, but actually located on Eaton Street.

The club was probably most successful between the years 1954 and 1960, in one match registering their record victory in a competitive game, beating Great Harwood 18 goals to 3 in the 1954-55 season, following which they were promoted to Division One.

A social club was provided at the ground for the team and its supporters and, as with many small clubs, booked musical acts for Saturday and Sunday evening dances during the late 1950s.

The Quarry Men appeared here in early 1959. There are stories that it was after this performance that drummer Colin Hanton left the group, allegedly because of an argument with John and Paul. 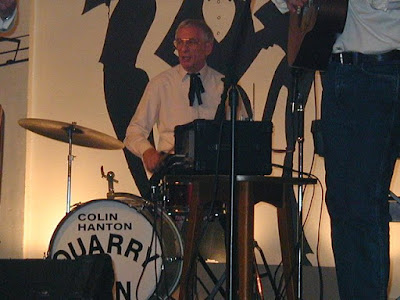 However, if you ask Colin he’ll tell you that he actually left following a disagreement with Paul on a bus following an appearance at the Finch Lane Busmen's Social Club in Huyton.


In any event, there appears to be no argument that the Quarry Men played here which meant a trip to Prescot.

Where did they play? The obvious answer would be somewhere inside the ground and today the function room is actually under the stand inside the stadium. But was this always the case? There are a couple of small single story buildings on the corner of the ground (see bottom left on the aerial view) one of which, Phoenix House, looks old and would fit the image of a 1950s social club so I took a couple of photos to be on the safe side.
I could be way off on this one but then again... 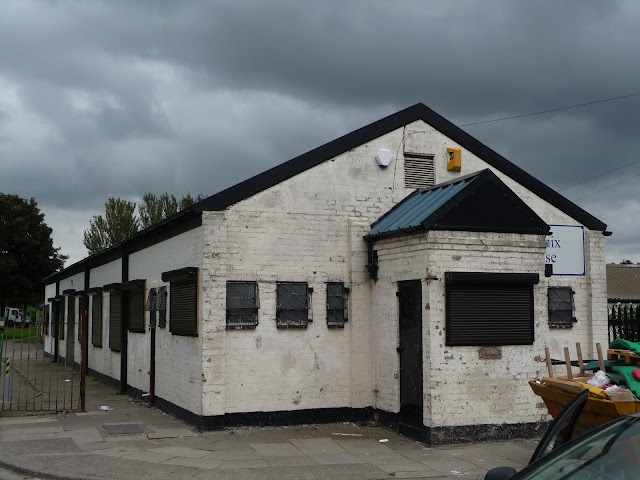 B.I.C.C. ceased operations in Prescot in the early 1990s before the site was demolished and later cleared. The land remained desolate until the year 2000 when it was then regenerated into what is now known as Cable's Retail Park, the name of which is a reference to the B.I.C.C. and the history of the site on which it was built.
My main memory of Prescot is studying art there around 1987 and being forced to draw a local pub (possibly the Old Mill) and then paint it in clashing colours, (nearly 30 years on I still don’t know why) and to make clay representations of some Prescot chimney pots. Bad times.... 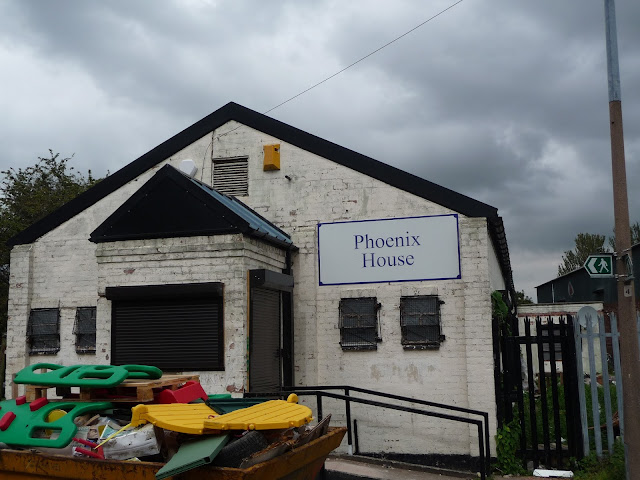