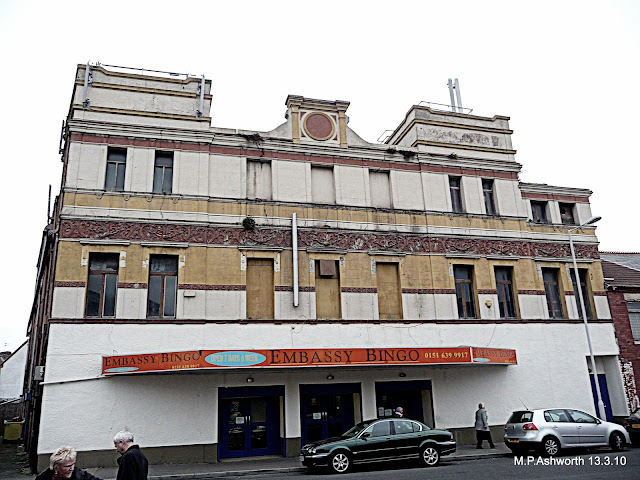 So obscure as to not merit a mention in any of Mark Lewisohn's books, the Silver Beetles/Beatles reportedly made one appearance at this former cinema in Wallasey during July 1960.

The source for this venue was Ray O'Brien's book "There Are Places I'll Remember" which cites a Bob Evans as someone who remembers the engagement well: "They had no drummer and took ages setting up their equipment and tuning their guitars, and the audience became very restless".


The gig took place during one of the Beatles' drummer-less phases, and there were many. Of their previous drummers, Tommy Moore had had enough of John Lennon's bullying, and, needing the stability of a regular income had left on or about 13 June, preferring (or more likely pressurised by his lady) to concentrate on his job at the Garston Bottle Works. His replacement, lasting all of six weeks, Norman Chapman had received call up papers to do his National Service and left to do two years in Kenya where he helped to suppress the Mau Mau uprising. Pete Best would not join the Beatles until August on the eve of their departure for Hamburg.
It is interesting to note that all of the known engagements the Beatles undertook during the period between 18 June and 30 July 1960 were on the Wirral, either on Saturday nights at the Grosvenor Ballroom in Liscard, or Thursday evenings at the Institute in Neston and it does not seem inconceivable that the Beatles played at the Embassy one night during this period. Clearly no promoter in Liverpool would touch them!

Borough Road is a short distance from Buchanan Road where Roberta "Bobby" Brown lived. Bobby would run the very first fan club for the Beatles from May 1962 until early 1963. 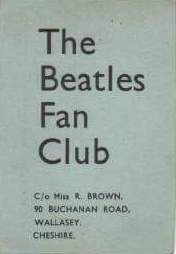 As is the case with many Bingo halls the Embassy was originally a theatre, The Irving Theatre stood on Victoria Road (now renamed Borough Road) and it took its name from the famous repertory actor, Sir Henry Irving (1838 - 1905), who laid the corner stone on 11th October 1899. It was understood that Sir Henry only allowed his name to be used on the condition that the theatre showed serious drama's. The theatre could hold 2,500 and opened on 18th December 1899 with 'The Sign Of The Cross'. Originally the building had a tower, as seen on the photograph below. 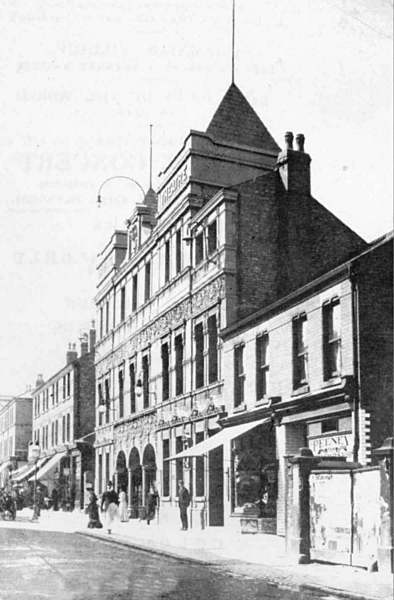 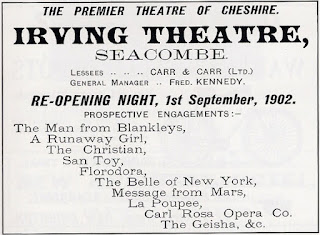 In March 1923 the theatre was sold to A.J Moran and renamed 'The Casino' but after 6 months it had reverted back to 'The Hippodrome' with Will J. Prescott as the manager. For a short time the theatre was called 'The Irving Repertory Theatre".

In 1928 the theatre again was under new management and with the old name of 'The Hippodrome'. The theatre closed in 1930 and reopened in the same year with Fred Ross again as manager. Not long afterwards, the theatre closed and remained so for a while until Pat Collins purchased the theatre with Richard "Dick Batch" Batchelor as the manager and the theatre opened on 12th November 1934 with a young comedian actor Tommy Trinder appearing on stage.

The Buxton Theatre Company took over the building in 1936 and opened it as the 'Embassy'. It remained as such until forced to close because of poor attendances on 31st March 1959 when it became a bingo hall. The Beatles presumably appeared during an interval.
Sadly the Embassy closed its doors for the last time in December 2012 having become a victim of the economy and online gaming. It is thought that it may re-open as part of the Wetherspoons chain of pubs.
Source:


"There Are Places I'll Remember" by Ray O'Brien (Bluecoat Press, 2005)
Information about the Iriving Theatre is taken from : http://www.28dayslater.co.uk/the-embassy-bingo-hall-former-irving-theatre-wirral-july13.t82550 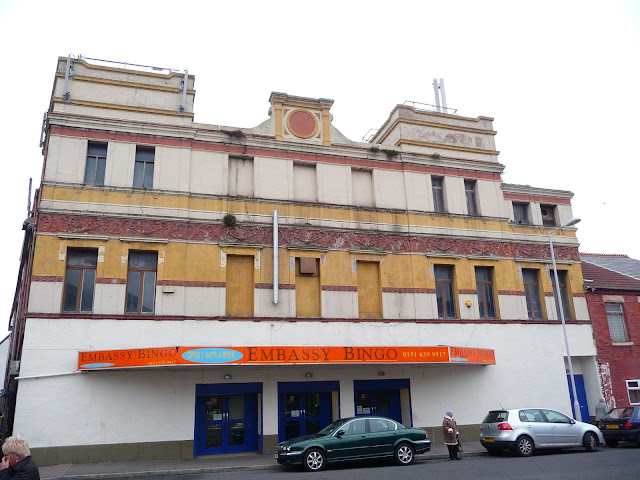