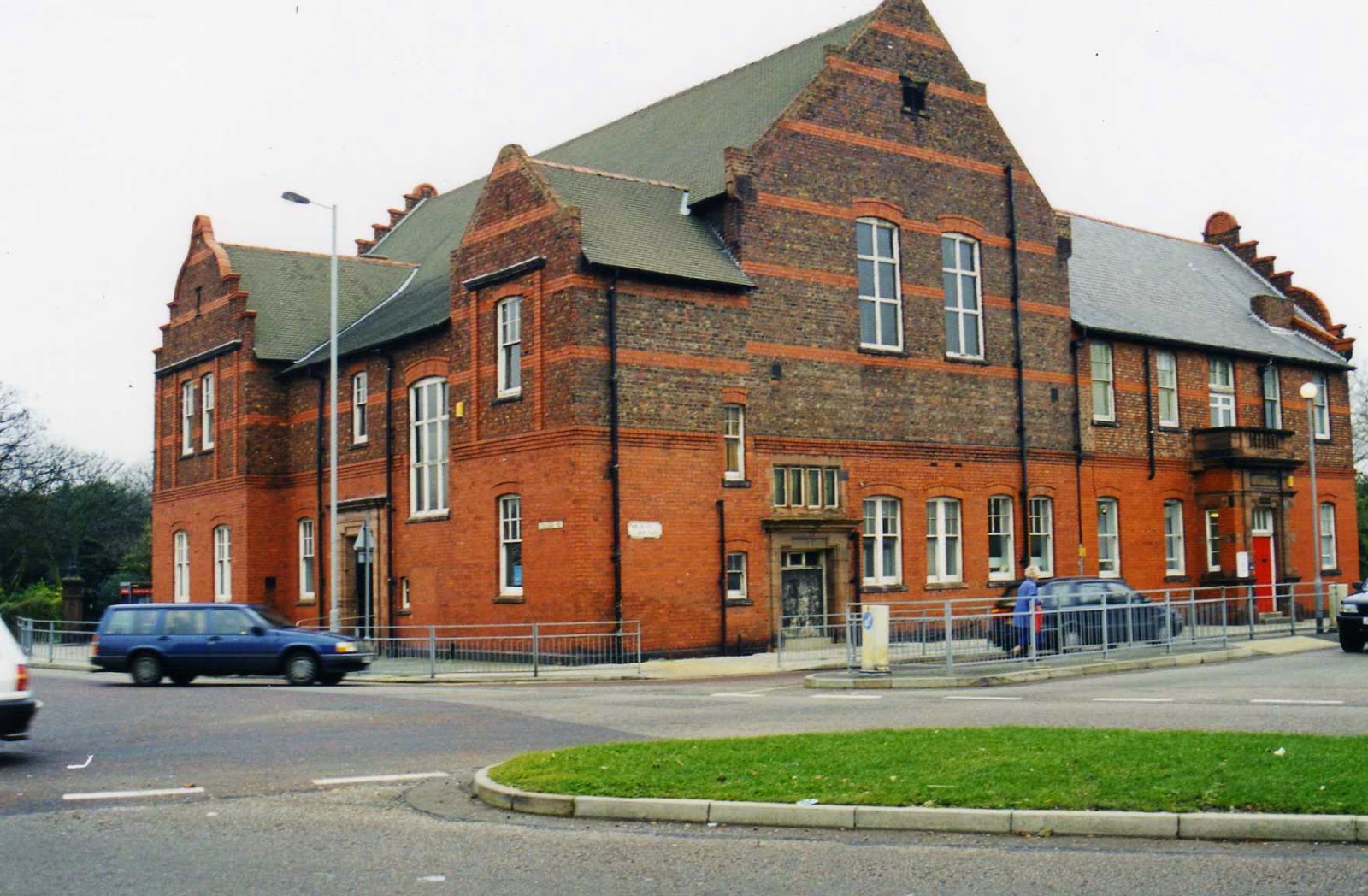 The Beatles made one appearance here on 19 January 1961, an engagement promoted by Crosby based Brian Kelly who, under the banner of BeeKay Promotions also put on "jive dances" at the Aintree Institute, Lathom Hall and Litherland Town Hall, all venues which would become familiar to the Beatles.

However, the Beatles's working relationship with Kelly had not got off to a great start. Their paths had first crossed in May 1960 at the Lathom Hall in Seaforth.  Kelly, in common with other promoters on the Liverpool scene would offer groups "auditions" which usually took place on stage during the interval of a live show. This meant that the promoter would regularly have groups playing for free with the promise that he might book them in the future. 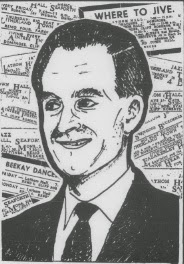 Under the name the Silver Beatles (actually The Silver Beats as they were called apparently for this one night only) the group blagged their way through to an audition for Kelly at Lathom Hall, playing a few songs during the interval on Saturday 14 May 1960 on a bill which included established Liverpool bands Kingsize Taylor and  the Dominoes, Cliff Roberts and the Rockers and the Deltones.


There appears to be conflicting reports on how they fared, Kelly himself is said to have ordered them off stage after only their second song whereas the Bootle Times newspaper called their brief performance "sensational". 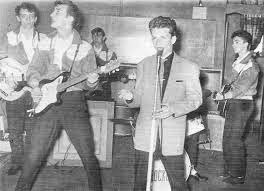 In his Beatles Biography "Tune In", Mark Lewisohn suggests that the Silver Beats got the audition in the interval because Cliff Roberts and the Rockers (right) couldn't make it.

This may be the case. The similarly named Cliff Roberts, drummer with Kingsize Tayor remembers that on that first night of 14 May the Silver Beats’ were a scruffy bunch who'd turned up without a drum kit and asked if they could borrow Cliff’s.

Roberts had a brand new Premier Olympic kit that he hadn’t even used on stage himself, so he naturally refused. However, he agreed to play with the Silver Beats and they performed six numbers together: “four rock ‘n’ roll standards that all of the groups played, and two originals that they had to teach me.”

Note that four days earlier, Cliff Roberts and the Rockers and the Beatles had taken part in an audition for the London promoter Larry Parnes who had come to Liverpool to find a backing band for one of his artists, Billy Fury. The audition was held at the Wyvern Social Club, later known as the Blue Angel and the Beatles had similar problems here - their drummer Tommy Moore was late turning up on that day too.
As a result of their brief performance, and contrary to his own opinion that they were terrible, Kelly booked them for the following week, on Saturday 21 May. He advertised  the event, which was the first time the group had officially appeared in an advertisement. Despite the fact that they’d only auditioned, the advertisement billed them as “Silver Beats, Dominoes, Deltones", in other words headlining over Kingsize Taylor!


In spite of the top billing they didn’t turn up for the gig. Instead they left on a tour of Scotland backing another Larry Parnes signing, Johnny Gentle and without informing  Kelly who, as a result, didn’t book them again for several months until Bob Wooler talked him into it.


Cliff Roberts recalls that the group then disappeared and he didn’t see them until eight months later when they appeared on the bill at the Alexandra Hall, Crosby on Thursday 19 January 1961, where, says Roberts, “They wore black leather, had brand new instruments and played brilliantly.” 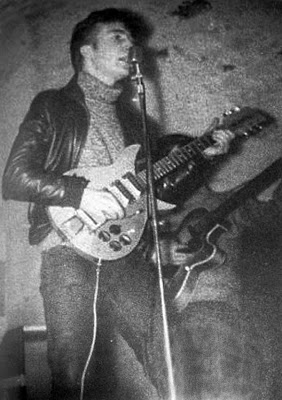 The Beatles in January (left, at the Cavern) and February 1961 (below, at the Casbah club.) 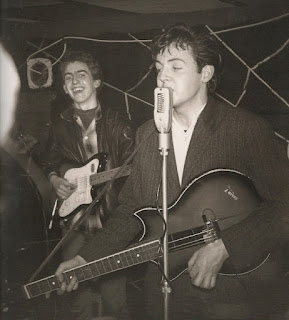 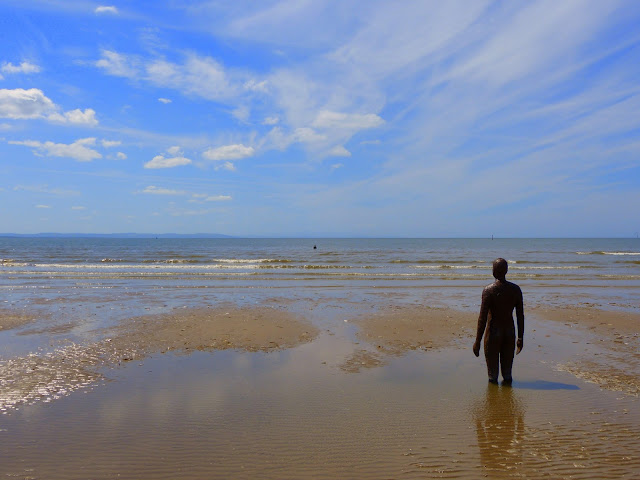 Great Crosby, which includes Waterloo, lies on the northern shore at the mouth of the River Mersey, with a level sandy beach extending over three miles (5 km) from north-west to southeast. The beach itself is a must-see as this is the current setting for Another Place by the artist Anthony Gormley,  The piece consists of 100 cast-iron life size figures spread out along three km of the beach and almost one km out to sea.

Alexandra Hall, built on the junction of Mersey Road, College Road and Coronation Road was originally the Town Hall for the Crosby Urban District Council. It opened in 1888 and was originally called the Alexandra Assembly Hall though the locals knew it as the Rodways Room.

When the Great Crosby and Waterloo with Seaforth Urban Districts were merged into the Borough of Crosby, the council offices were transferred to Waterloo Town Hall. The frontage of the red brick Alexandra Hall had an ironwork and glass canopy, which was removed in the late 1950s because of rust erosion. The Crosby Flower Show and local drama groups used the Main Hall upstairs each year.


In the 1970s the building was converted into a Magistrates Court, and survived to the Millennium.
Another venue I went to visit too late. It was demolished in 2004 to make way for luxury apartments, something Crosby does not appear to have a shortage of.  I couldn't help noticing that it does have a shortage of Alexandra Halls.

The site of Alexandra Hall today. At least the design of the new Alexandra Court has some sympathy with the building it replaced. 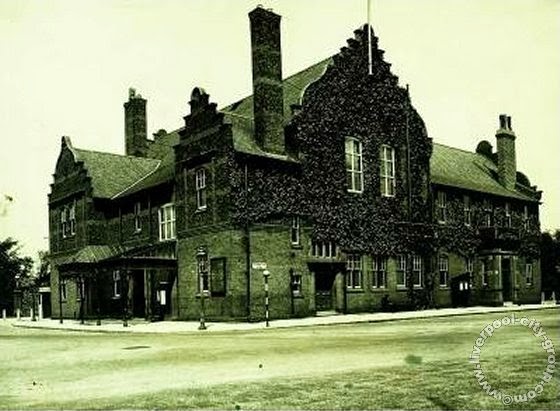 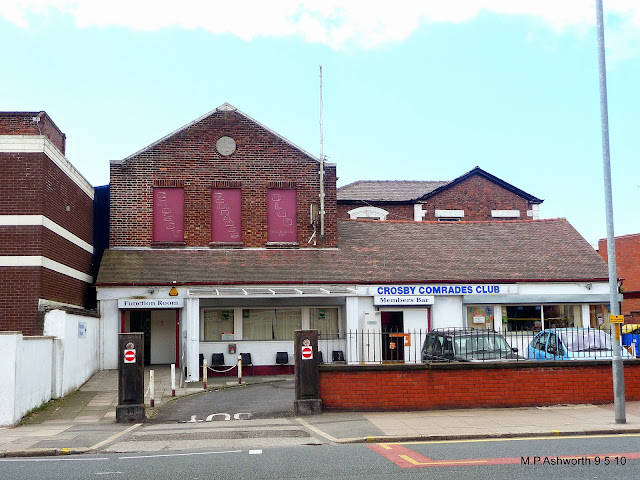 In the late 1950s and early 60s this small suburban hall was better known as the "Jive Hive", a generic term which was applied to certain venues that presented live music.

The Quarrymen made a single appearance here in November 1957. Most of the other Liverpool bands also performed at this popular venue, although there is no record of the Beatles appearing.

Kingsize Taylor and the Dominoes appeared regularly at St. Luke's and on many occasions Ted’s girlfriend, Priscilla White, would get up on stage and sing with the band.


Perhaps the group most identified with St. Luke's is Rory Storm and the Hurricanes, one of the key groups on the Liverpool scene between 1959 and 1962. Perhaps uniquely amongst the Liverpool groups, their guitar player John Byrne (aka Johnny Guitar) kept diaries which, since his passing have been transcribed for several websites. As a result we have a record of all of their engagements for the years between 1959 and 1963 including the period when Ringo Starr was their drummer (May 1959 – August 1962), and as the dates below show, they performed so often at the “Jive Hive” it could be argued that they had a residency there. 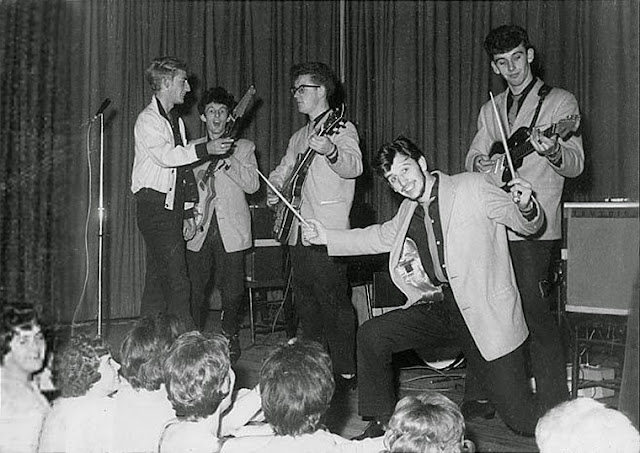 June: 1st (they then go to Butlins, Pwllheli, for the summer season)

April: 12th (Johnny Gus from the Big Three stands in for Johnny Guitar this night)

Remarkably, 50 years after it was recorded a tape of one of their performances at the Jive Hive was unearthed and released on CD in 2012.

We can see from Johnny Guitar’s diary entry that the tape was made on 5th March 1960. 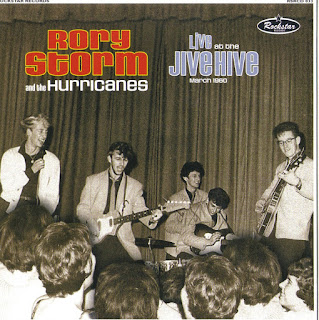 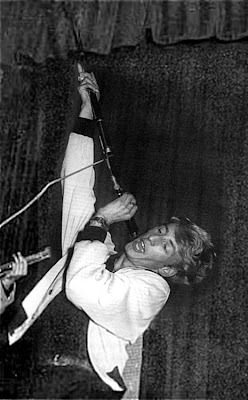 The tape was discovered by Rory’s sister, Iris Caldwell in her cellar. Commenting on her late brother Iris said "Rory was a performer. He wasn't, like the Beatles, a brilliant songwriter. They called him The Golden Boy and Mr Showbusiness”.

Unfortunately, despite Ringo’s image appearing prominently on the CD cover he is not on the recording.  Iris admitted there was "some doubt" as to whether it was Ringo on drums.

Johnny Guitar's diary entry for 2nd March 1960 records “Don played as Richy had flu”. He does not seem to have recovered in time to appear on the recording and one listen to the CD is enough for most people to conclude that it’s not him on the tape.  Ringo has a recognisable sound and his timekeeping was exceptional. “Don” unfortunately, is all over the place on some of the songs.

It’s an interesting recording but having given it a listen I find it hard to believe that so many people once thought that they were Liverpool’s top group. Perhaps without the visuals the excitement of their performance just doesn’t translate. Or perhaps the tapes were rolling on a bad night.

Blame “Don”.
As for St. Luke's, today it is known as the Crosby Comrades Club. The inside bears little resemblance to the original dance hall, although it is still used on occasions as a dance venue when some of the Mersey-beat era groups reunite for nostalgia evenings.

http://thebritishsound.blogspot.co.uk/2011/07/rory-storm-and-hurricanes-family-tree.html
* Mark Lewisohn claims that it was to Kingsize Taylor that the Silver Beats turned for help, asking to borrow the Dominoes drummer Dave Lovelady when they arrived without one.
Photo Credits:

Paul and George in the Casbah: Mike McCartney

Rory Storm and the Hurricanes at the Jive Hive: Dick Matthews?