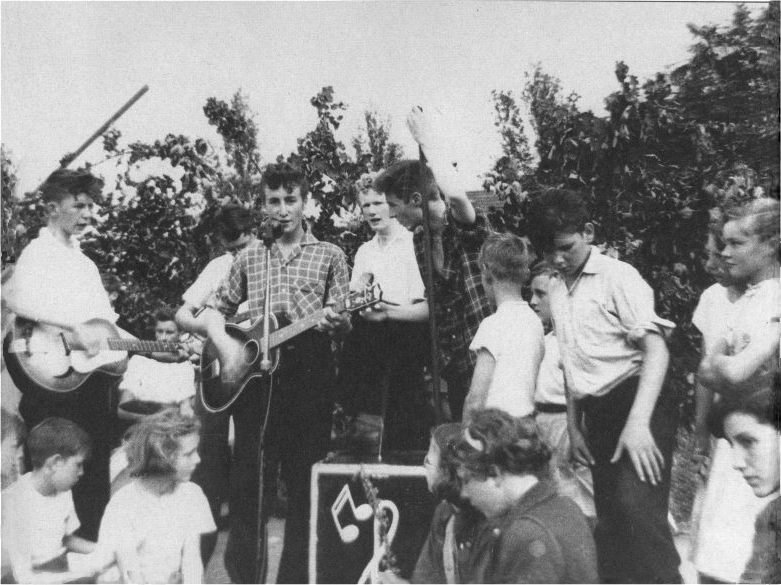 Today marks the 58th anniversary of the day John Lennon met Paul McCartney at the village fete held in the field next to St. Peter's Church in Woolton.

The story is well known and told often. John's band the Quarrymen were booked to perform in the field behind the church during the afternoon, and later that evening in the Church Hall across the road.

Whilst they were setting up their equipment for the evening performance in the hall the Quarrymen's sometime tea-chest bass player and sometimes manager, Ivan Vaughan introduced the band to a friend he'd brought along for the day, a 15 year old classmate from the Liverpool Institute called Paul McCartney.

Paul had watched the Quarrymen's performance in the field: "I remember coming into the fete and seeing all the sideshows. And also hearing all this great music wafting in from this little Tannoy system. It was John and the band. I remember I was amazed and thought, 'Oh great', because I was obviously into the music. I remember John singing a song called Come Go With Me. He'd heard it on the radio. He didn't really know the verses, but he knew the chorus. The rest he just made up himself. I just thought, 'Well, he looks good, he's singing well and he seems like a great lead singer to me.' Of course, he had his glasses off, so he really looked suave. I remember John was good. He was really the only outstanding member, all the rest kind of slipped away." (Anthology, 1995)

Following Ivan's introduction John and Paul chatted for a few minutes, Paul asked John for a go of his guitar, tuned it properly and then launched into Twenty Flight Rock, showing the Quarrymen that not only did he know all the words, he also knew all the right chords. Aware he was impressing them he carried on, culminating in his Little Richard impersonation and performing Long Tall Sally. The Quarrymen, John included, all recognised that Paul was better than any of them.

By this stage Paul was in full flight, and showing no signs of quitting: "I also knocked around on the backstage piano and that would have been A Whole Lot Of Shakin' by Jerry Lee. That's when I remember John leaning over, contributing a deft right hand in the upper octaves and surprising me with his beery breath. It's not that I was shocked, it's just that I remember this particular detail."

John was so impressed he decided he had to have Paul in the group and less than two weeks later Paul was a Quarryman.

That's the story of how John and Paul first met, one which John and Paul both repeated countless times over the years. Today the anniversary will be celebrated on Beatles fan sites across the universe.

However, Mark Lewisohn's ultimate Beatles' biography Tune In questions whether July 6 1957 was in fact the first time the two met. It seems that on occasion, in certain (private) company, Paul will admit that the Woolton Church fete was NOT the place of their first meeting.

ESQ: Do you feel lucky? It’s weird, cosmically: how the hell did you four manage to bump into each other?

PM: Cosmic, man. It is! Dead cosmic. I know that. The more I go on, the more I realise. I mean, I know how I saw John. He was just a ted, on the bus – greasy hair, long sideburns, shuffling around like he was Mr Hard. And I saw him on the top deck of the bus often, before I met him. Saw him in the queue at a chip shop once. And I thought, “He looks cool.” Turned out my best friend from school knew him. We went and met. I happened to know this song, 'Twenty Flight Rock'. John admired that. I happened to get on a bus one stop before this kid called George Harrison. We happened to chat, because we went to the same school. We happened to like guitars. I happened to say to John, he’d be good to get in the group, even though he’s young. Then we happened in with this guy called Ringo, you know?

In fact, not only had Paul seen John on the bus, or walking the streets around the area where they both lived. They'd actually spoken to each other....

The McCartney's moved to Forthlin Road in Allerton during the summer of 1956, one year before the fete, and at some point he took a job as a paper boy delivering the evening Liverpool Echo on his Raleigh bicycle.

It was outside this newsagents that Paul first exchanged a few words with the then 15 year old John Lennon.

Paul has never publicly mentioned which newsagents he worked for but during the course of his research Lewisohn spoke to a local family who knew Paul at the time. They seemed to think it was Abba's at 166 Aigburth Road near St. Michaels in the Hamlet (the location of the Cast Iron Shore).

By car the obvious way from Forthlin Road to Abba's would be along Mather Avenue, left down Booker Avenue and right onto Aigburth Road. Whilst there wasn't as much traffic on the roads in 1956 I'm sure you still needed to have your wits about you cycling along Aigburth Road and the 14 year old Paul would have been on it for several nervewracking miles.

More likely, his father Jim would have told him to use a more safer route, perhaps turning right off Booker Avenue into the more residential Brodie Avenue and following it to the junction with Rose Lane where he'd turn left up the steep hill, climbing to the crest where the road meets Elmswood Road before freewheeling down to Aigburth Vale. Perhaps he took the scenic route around the perimeter of Sefton Park, joining Aigburth Road from Lark Lane almost directly opposite the newagents.

According to Google Maps the former W.W. Abba stands on the corner of Aigburth Road and Chetwynd Street which is why soft lad (yes, me) found himself standing in the central reservation of Aigburth Road during rush-hour. 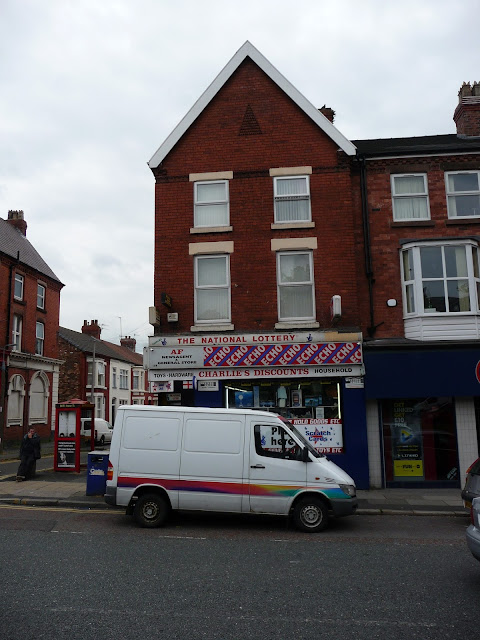 Except that close examination of the photos prove that the current newsagents is NOT number 166 (it's 158, on the next block). Doh! 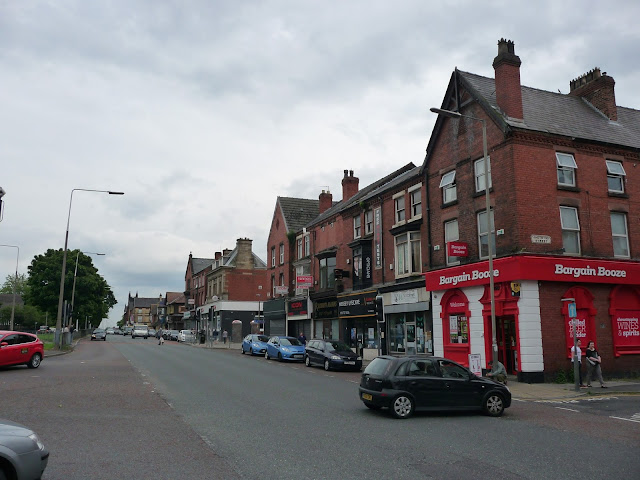 No. 166 is actually now ICON, a hair salon. Lewisohn writes that this was an oddly distant place of employment for a lad living and delivering three miles away in Allerton and a mile further still from John's house in Menlove Avenue.

The photograph of the Quarrymen at the Woolton Village Fete was taken by Geoff Rhind.

In the years since this blog I have continued to research and whilst this was certainly the premises of WW Abbas in the mid to late 50's I can now almost definitively prove that this is NOT where John and Paul met. The first meeting took place outside a newsagents much closer to home. See elsewhere on this blog.
at July 06, 2015