The other side of Liverpool,
you just had to laugh,
We had to go to Steble Street
just to take a bath* 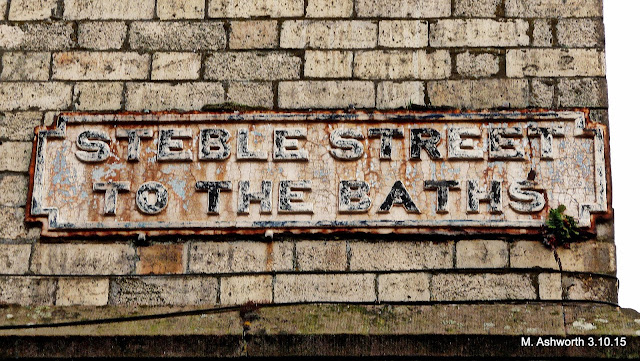 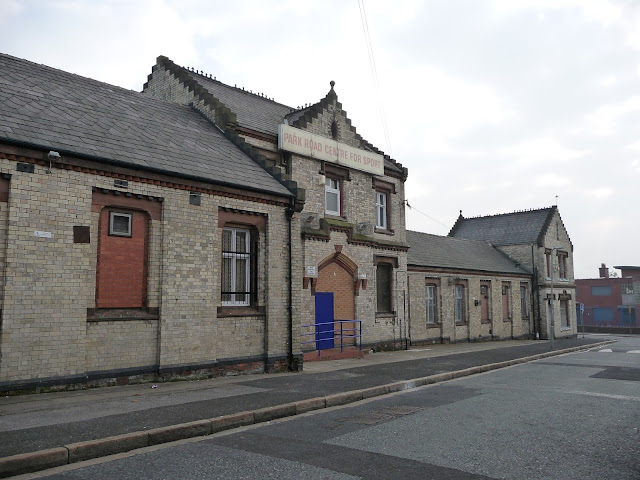 Like many children growing up in the 1940s and 1950s in homes without a bathroom, washing (and later, shaving) for Richy Starkey in Admiral Grove was done over the kitchen sink and his weekly bath (Sunday night) took place in front of the fire in a tin bath filled with water from the kettle.

When he grew too big he would take his place in the queue at nearby Steble Street baths, towel rolled under his arm and clutching soap to pay a few pennies for a hot tub. When his turn came one of the female attendants would clean the bath and fill it with fresh hot water and call 'Next!'  If he took too long there would be a knock on the door and a shout of ' 'urry up in there!' It was a lottery as to who would fill his bath, Richy praying for the nice lady who would fill his bath to the top with hot water, and not the mean old one who would only give him half a tub so he didn't loiter.

Sometimes (the water) was hotter than others too. At home we had a bath you had to fill when I was a kid so we used that but I also went to Steble Street. They used to say not to bring bath cubes or oils (harder to clean) but we did. Some nice smells in there. I remember a corridor with tiles and the doors of the 'bathrooms' Just the bath and pegs for your clothes that I can remember but I was a kid.

There was also a wash house that I remember and our school used Steble street swimming pool once a week too. We all took our 'cossies' and towel plus bathing hat once a week and we were marched to the baths for a swim. ("ronijayne" on the Yo! Liverpool forum) 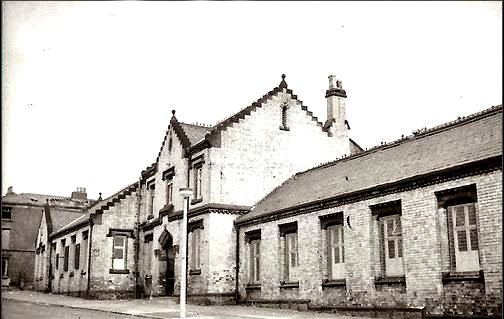 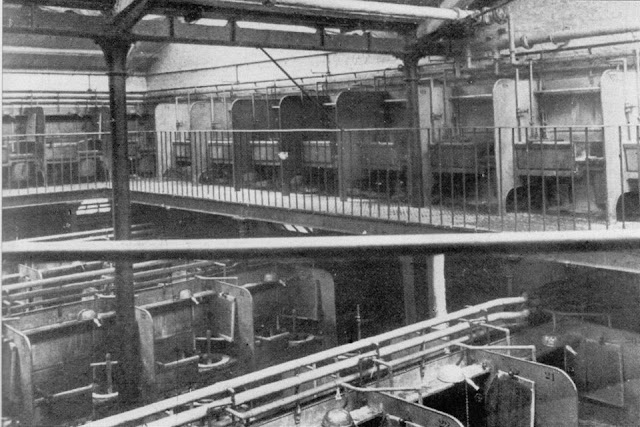 Steble Street wash-house, off Park Road, Toxteth, in about 1913

Personal cleanliness was encouraged through the provision of public baths and wash houses. Indeed Liverpool was a pioneer in this field. Before 1794, there were no baths in Liverpool, but in that year the Corporation bought a private bathing establishment at the end of New Quay, on Bath Street. In 1820 these baths were removed, but in 1822 the council began building another bathhouse which was completed and opened next to George's Dock in 1828. In 1842 a municipal establishment affordable to the poor was opened. This is said to have followed an example set by Catherine (Kitty) Wilkinson who allowed the poor to use her kitchen for washing clothes and bedding during the 1832 cholera epidemic. Her actions were supported by the philanthropists Mr. and Mrs. William Rathbone. The popularity of Kitty's wash house showed that there was a real need for washing facilities for the poor. The Council thus made the decision to build public wash houses.

The first public wash house was opened in Upper Frederick Street on 18 May 1842, and was the first public baths and wash house in England. In April 1874 Steble Street Baths and Wash House opened and others were built shortly after this. In 1895 the first open-air bath was opened in Burlington Street. This was so popular that three others were built in the City. Then in 1902 the first people's bath was opened, which was to be used only for cleansing purposes. It was not to be used as a swimming pool.

My kids learned to swim in Steble St baths as that's where St. Joeys school took them. The water started at ankle deep then went to 3 feet so was great for children learning. As they got to know and like it so well, I continued to take them there every Saturday morning then Sayers** on Park Road on the way home (Ged Fagan, from yo! Liverpool)

Steble St had two baths, one for women and one for men. You didn't need a swimming costume and many went in the pool naked - old and young kids. There was no door on the changing cubicles. Then it was modernised and doors were fitted and I believe it eventually became mixed. I don't remember the shallow kiddies pool. (Waterways from the yo! Liverpool)

Half the Dingle learned to swim there. I also used the washing baths. I can still hear the fella shouting and banging on the doors "Hurry up in there, don't take all day there's a queue out 'ere" (SC, Memories of Liverpool 8)

During the filming of the Beatles second movie Help! in the Bahamas, Richy was required to jump off a yacht into the sea to escape a mad scientist, played by Victor Spinetti, who believed Ringo had possession of an all powerful ring.

Spinetti recalled that he, "as the mad scientist, was meant to try and cut his finger off to get his ring. He dives into the water and comes out all shivering because of course it was cold and there were shark nets – very dangerous. So they dried him off, and then they said “action” and Ringo dived off again. The third time he was being dried off – no private dressing room, just a hair drier – and he said: 'Oh, Victor, I don’t want to do this again.' I said, 'Why?', and he replied, 'I can’t bloody swim'.

So I asked him 'Why didn't you say so?'  and Ringo replied 'I didn't like to.... Well, when you're filming and the director shouts 'Action' you have to do it, don't you?' 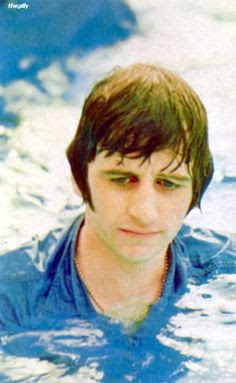 ** Sayers the Bakers is a well loved independent chain of bakers in the north-west of England, established in 1912 in Liverpool. It sells savouries, sandwiches and bakery products. 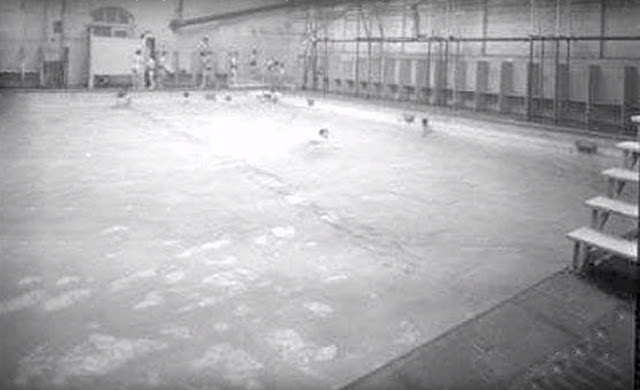