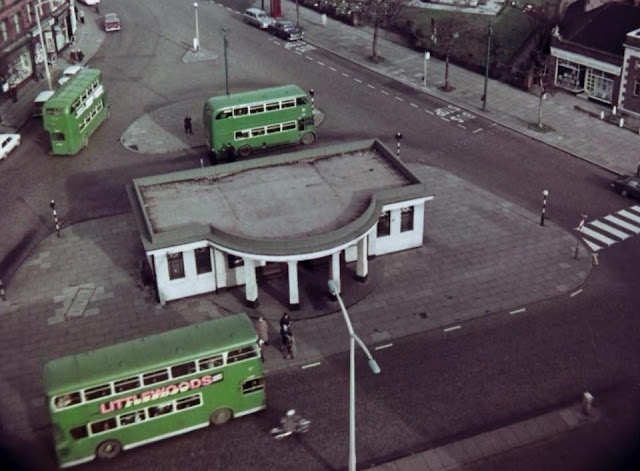 The release of the new Beatles "1" DVD collection has been trailered by a beautifully remastered copy of the Penny Lane promotional film from January 1967. I've used stills from a scratchy old copy on an earlier post but these are far superior. The photo above shows the "shelter in the middle of the roundabout" in 1967.
When I took the photograph below in 2013 it was unclear what the intention was for the additional floor under construction over the former Sgt. Pepper's bistro. 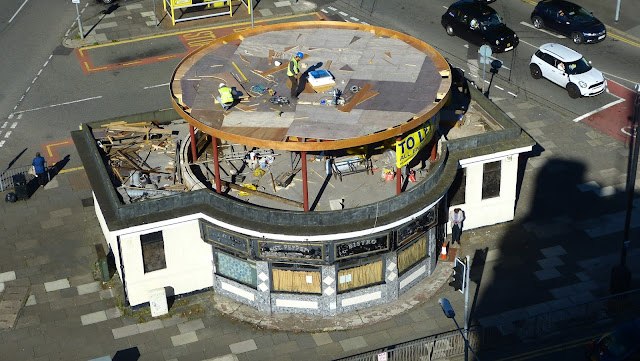 Over the last couple of months work has picked up pace and the renovation is finally nearing completion. It looks like Sgt. Pepper's Bistro is to rise again, with an extra floor to take in the sights of Smithdown Place. From this elevated position patrons will have a 360 degree view of almost all the places mentioned in the song (fire station excepted). I might have to pop in for a coffee when it opens and take advantage upstairs with my camera.

What I still can't understand is the name chosen for the establishment. Yes, Sgt. Pepper's definitely came out the same year as Penny Lane (and the latter was originally intended to be a part of that album) but that is the only connection with the Smithdown Place shelter.

Why not name your bistro "The Shelter in the middle of the Roundabout"? While it's not as blatantly Beatley, the name still ties it to the song that made it famous and will be recognisable to fans who visit here for this very reason without putting off anyone who doesn't like the Beatles. 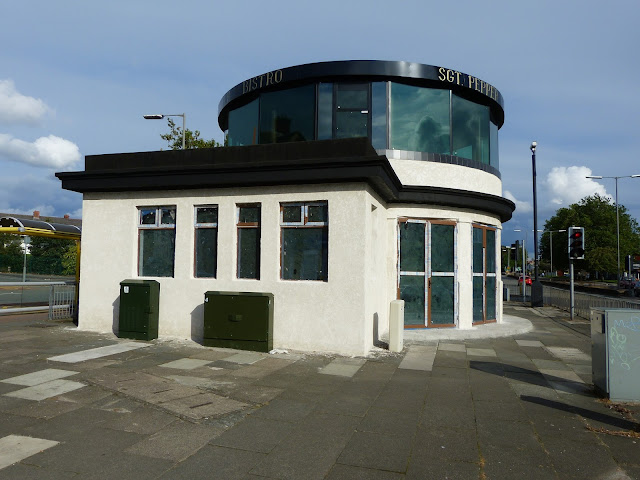 Anyway, it's nice to see it looking better than it has for the last decade. 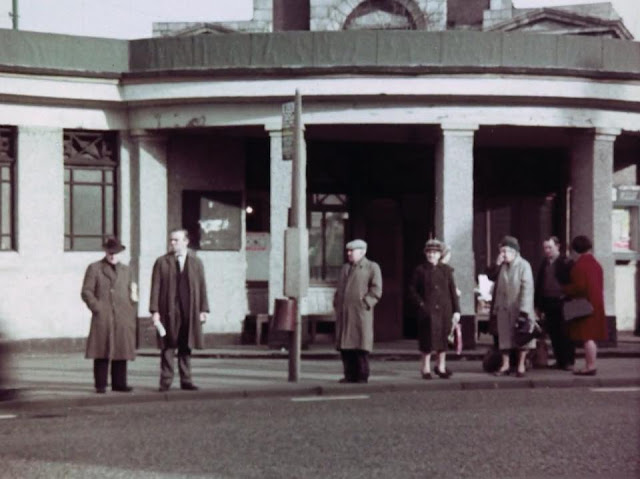 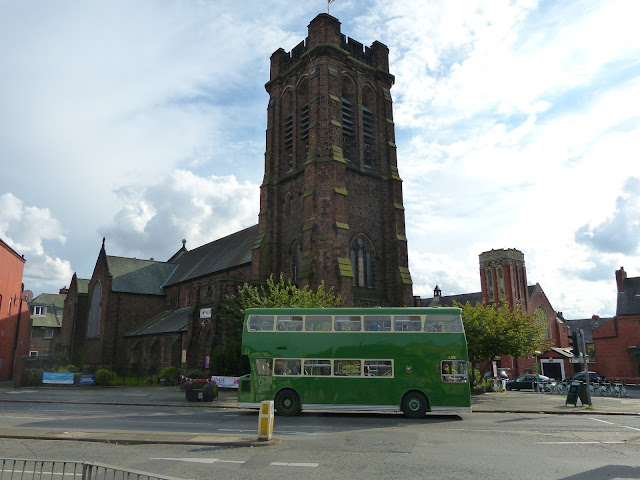 September 2015 was the annual Heritage month and passing Smithdown Place one Sunday I caught a couple of vintage buses doing free excursions along their original routes. I'm no expert on vintage transport but I like a shiny old green bus when I see one, especially one that looks to be the same model as featured in the Beatles' film. 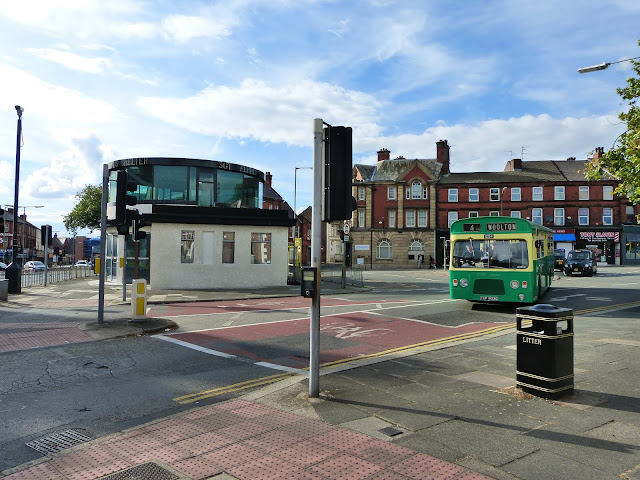 John Lennon would change buses here to head back to his home in Woolton, appropriately enough the destination for this vintage bus (dating, I believe from the 1970s).

Here are some more stills from the remastered Penny Lane video. 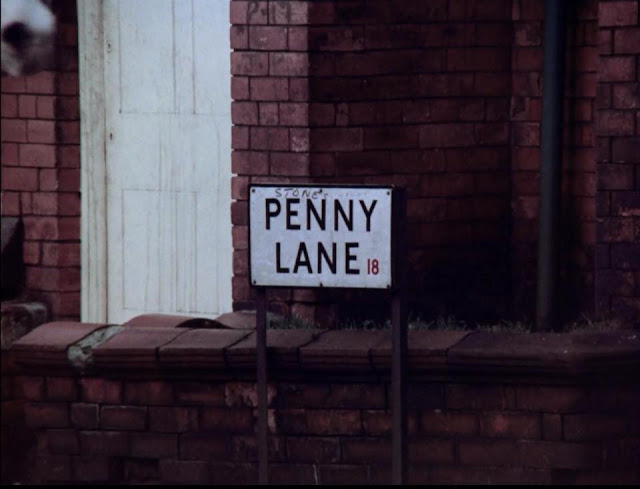 Has somebody written (Rolling) "Stones" on the sign? (above) 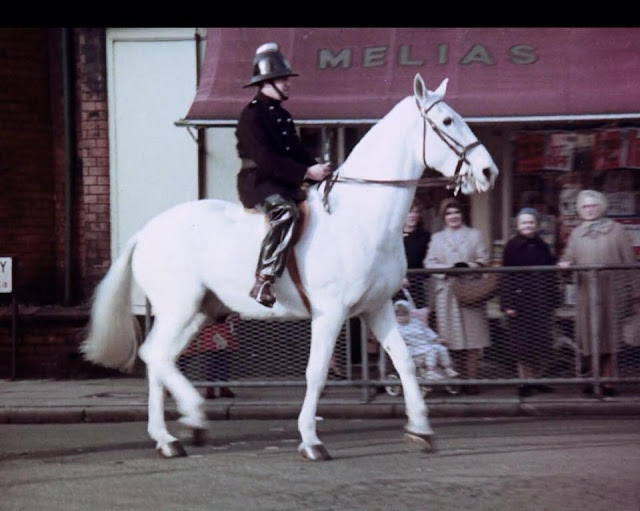 This is a continuation of the above frame. I think this building is the one on the corner of Penny Lane / Smithdown Road which today is a Solicitors office. 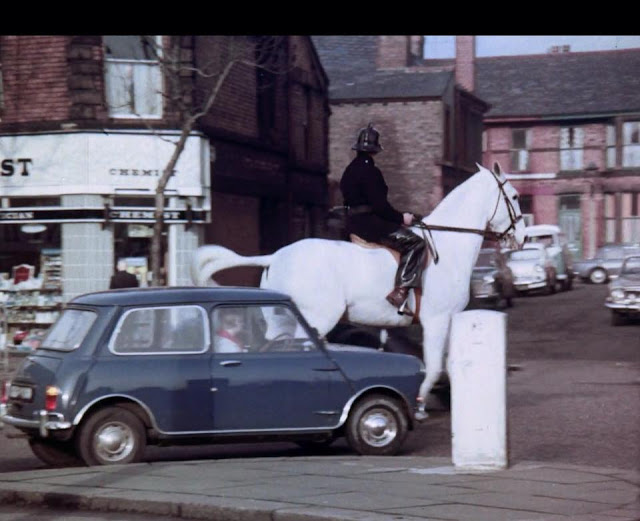 I always think of the mounted officer as "the fireman". In the video he turns right out of Penny Lane towards Smithdown Place. Here he's looking up Westgate Road. The Chemist is now a branch of Cash Converters. 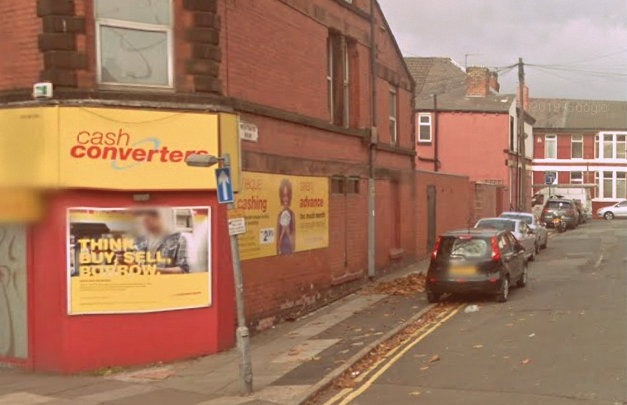 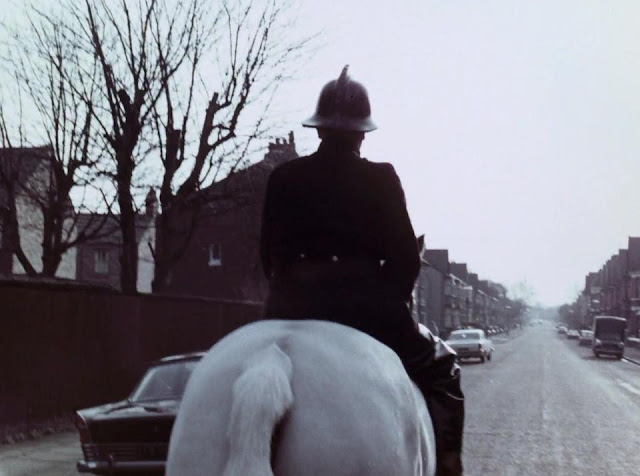 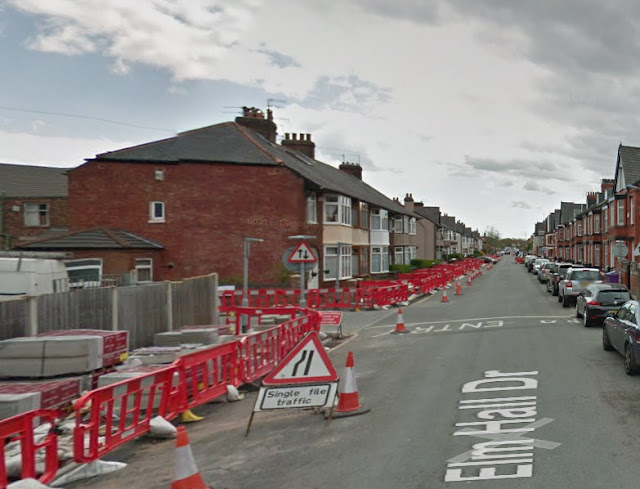 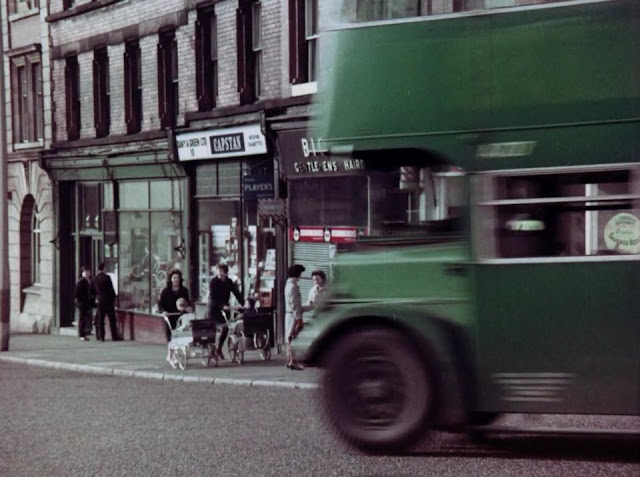 The bus passes Bioletti's, the Barber shop on Smithdown Place.

Note: I replicated the overhead shot of the bus shelter by climbing to the top of the St. Barnabas church tower, just as Tony Bramwell did in 1967.