A visit from John & Yoko

Following on from the previous post, here are some more photographs of John and Yoko taken in Woolton, Liverpool during a stop-over on their June 1969 road-trip from Weybridge to Scotland. 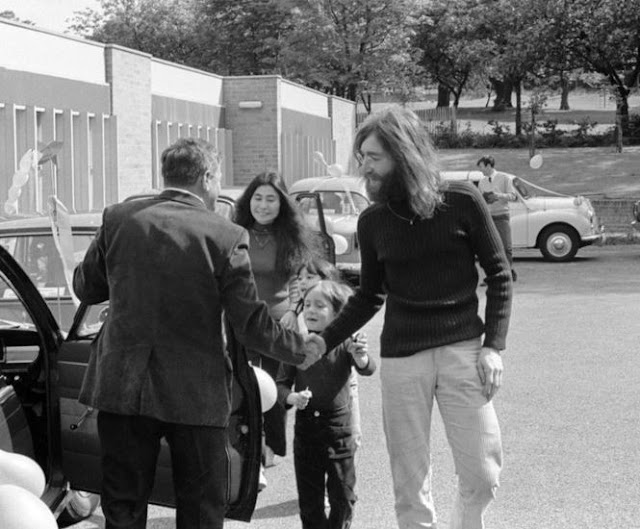 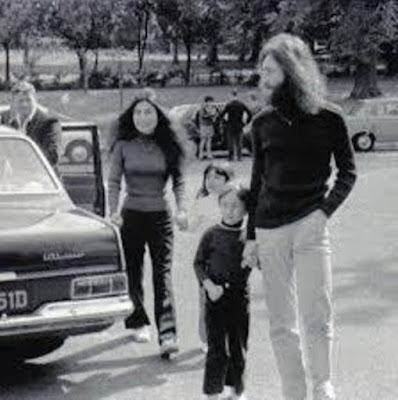 Whether pre-arranged or on the spur of the moment, John, Yoko, Kyoko and Julian visited Holmrook Special School at the foot of Beaconsfield Road, situated almost directly opposite the famous red gates of Strawberry Field, a place so familiar to John from his childhood.

Perhaps this is the primary reason why he chose to visit here with it being so close to both his old playground and ‘Mendips”, his former home on Menlove Avenue, just around the corner. 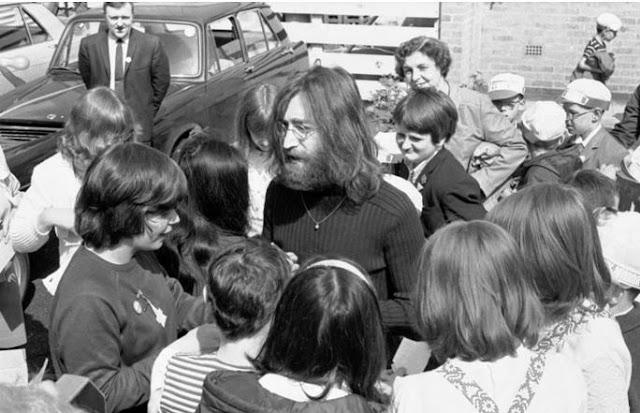 The photographs of John and Yoko’s visit were first uncovered in 2013 when they were sent to Liverpool musician Dean Johnson, one of the compilers of the book “The Beatles and Me”. They are traditionally dated 26 June 1969, the day the Lennons arrived at Harriet’s house. 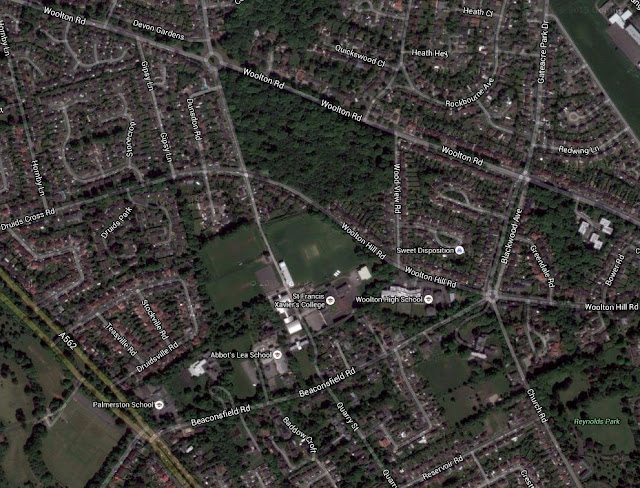 As can be seen on the map Beaconsfield Road is only a short drive over the Blackwood Avenue hill from Gateacre Park Drive where they were staying with Aunt Harriet. (click on photo for larger image) 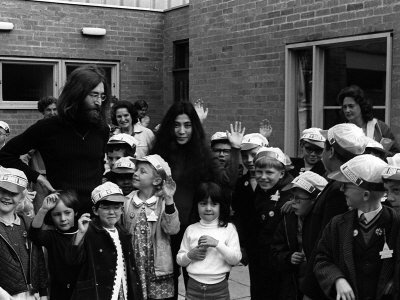 Unfortunately, although the photographs are widely circulating, information about the visit to Holmrook is not. The kids are all wearing hats in the above photo. I can't make out the banner on them. Did John and Yoko provide them?  Why did they visit? How long did they stay? Isn’t it nice to see Yoko smiling so much? 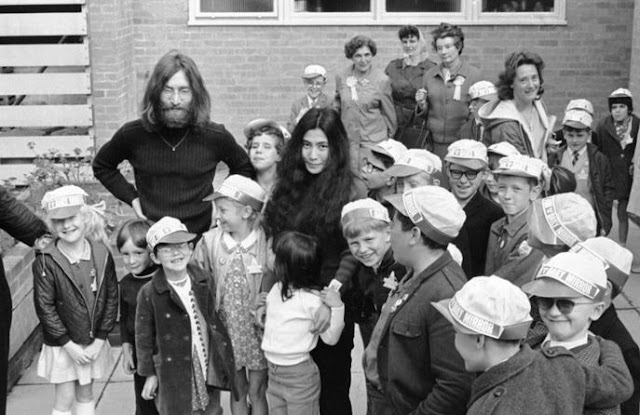 Holmrook closed in 1986. So far I’ve not been able to establish whether it was demolished and Palmerston, the present special needs school here was built on the site or whether it simply changed names. The photo below shows Palmerston in 1986 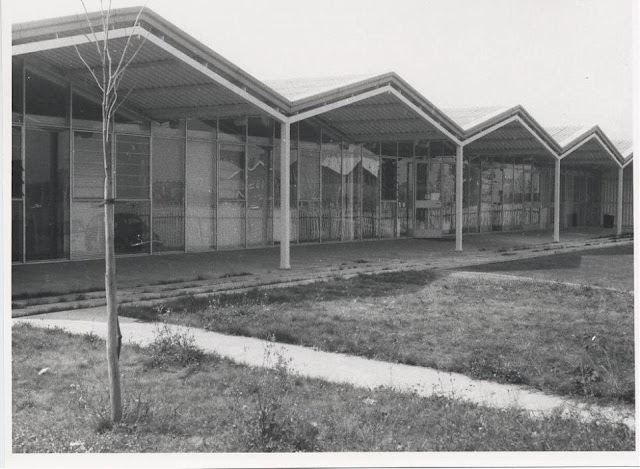 Today, Palmerston is an outstanding school that provides a high quality education for pupils with severe or profound learning difficulties.

“The Beatles and Me”, is a fan-made book with unique stories of fans’ every day encounters with the group.   The book is on Kindle here.

Find out more about the great work Palmerston School does here: http://www.palmerstonschool.co.uk/ 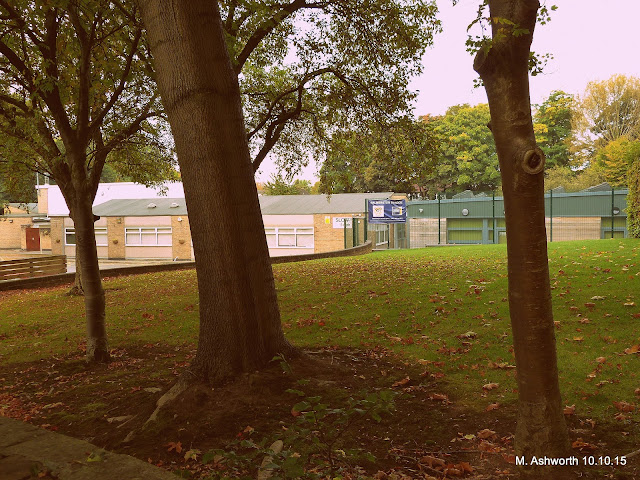 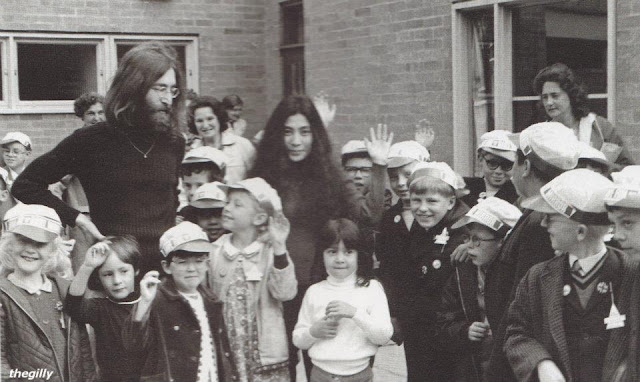 An alternative version of the photo above
at November 12, 2015