Up on the Roof Paul McCartney's final home in Liverpool, 20 Forthlin Road, near the corner of Mather Avenue, Allerton, was a small two-floor brick-built terrace house in a 1950s council housing estate of the type being thrown up quickly all over the country to replace the houses destroyed by German bombs.
It had a lavender hedge bordering a pocket-handkerchief lawn and a small mountain ash growing outside the glass-panelled front door. The living room led off to the left from the tiny front hall and a door led through from the living room to the dining room, overlooking the back yard. The dining room was connected to the kitchen, which in turn connected to the hall.
Paul: 'It was an all-round plan: if you kept turning right, you would get back into the hall, which is a feature I've used in the house I've designed for myself, because people used to be so amazed to get back to where they started. The architects who helped me design my house have now incorporated that idea in their new houses. It was an amazingly good design for the suburbs in those days.'

Paul had the small bedroom at the front of the house above the front door. His parents had the big bedroom next to it, above the living room, overlooking the street, and Paul's brother Michael had the bedroom at the back, overlooking the back yard. Next to Michael's room was the bathroom. This was a great luxury; their previous council houses, despite being built since the war, all had outside lavatories, as did most working-class housing in Britain at the time. The roof of this outbuilding had its uses, especially in Forthlin Road.

The back of the house overlooked the grounds of the Police Training College, headquarters of the Liverpool Mounted Police. Paul and his brother would watch them training horses, knocking pegs out of the ground with lances just as they had done in the British Raj. 'We used to sit on the concrete shed in the back yard and watch the Police Show every year for free,' Paul remembered. 'One year, Jackie Collins came to open it and we were entranced at the sight of her comely young figure.' 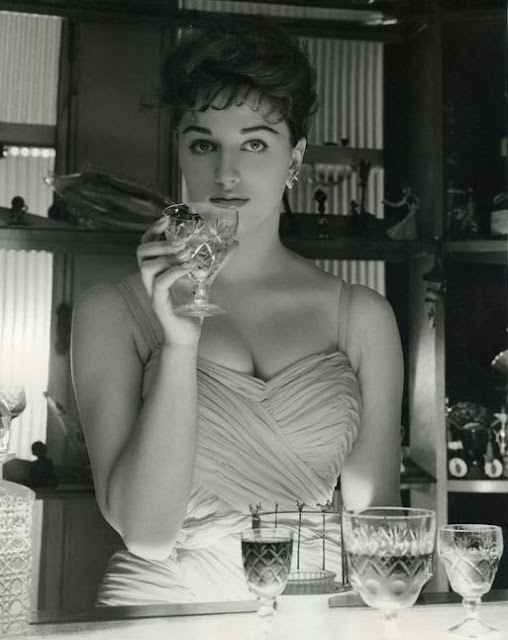 I bet she's a good swimmer

Anyway, this isn't a post about life inside Forthlin Road but merely a device to highlight some more extraordinary detective work from Peter Hodgson (you may remember him from previous posts on this blog such as "Oglet Shorts" and "Oglet Shorts part 2").
Peter alerted me to this rare and fascinating Police recruitment film entitled "Service" directed by the Chief Constable of Liverpool City Police, J.W.T. Smith. As the person who posted the video commented, contrast this with modern policing and you'll see how much Britain has changed in the last 60 years.
Or you may just wish to fast forward the film to around the 34.33 mark. This is film of the 1958 (not 1950 as claimed on youtube) Police Show on the training ground at Mather Avenue Police Station. Across the back of the field is the rear of Forthlin Road. 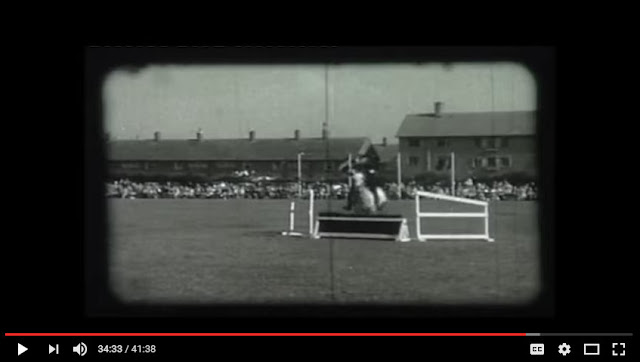 The McCartney's home, no.20 was/is the third house to the left from the three storey flats seen on the right. Count three chimneys along. To help you get your bearings, here's a shot from the FRONT of the house. No 20 is to the right of the house with the red roof. 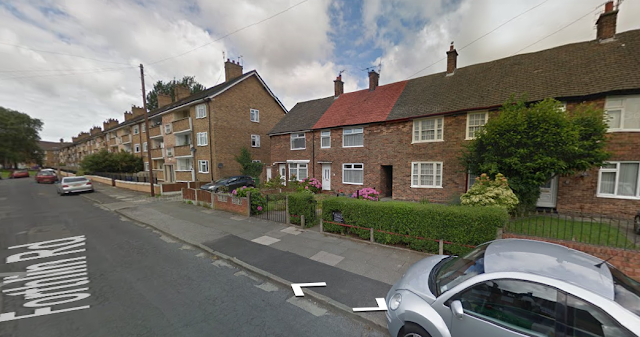 Now, remembering Paul McCartney's comments at the top of this post what's very exciting about all this, seen more clearly on my screenshot, is that Peter has noticed several figures on the roof of no. 20s' outside toilet, watching the show. 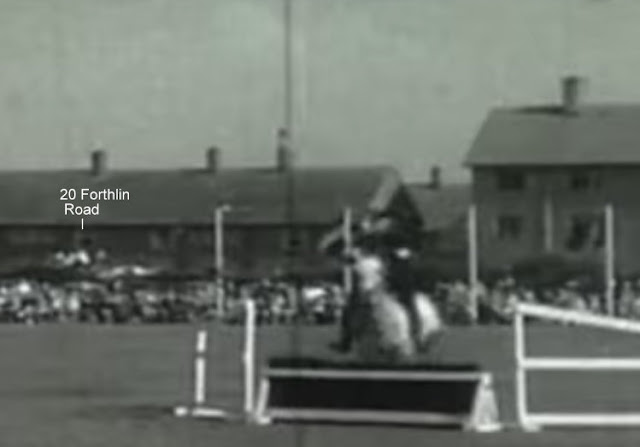 It's 1958. Is that Paul and Mike on the toilet roof? No doubt there's a few pals with them attempting to disrupt the proceedings. 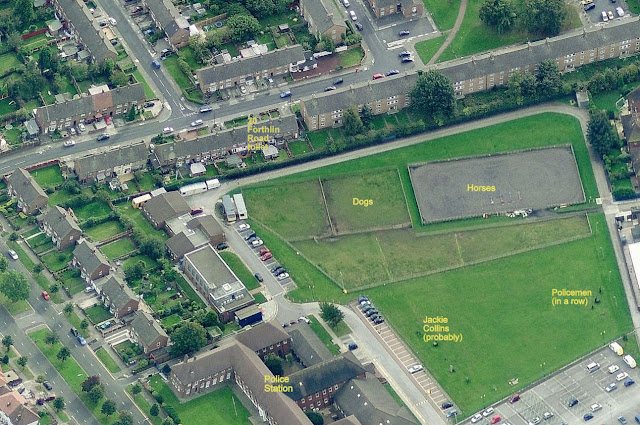 Is this the earliest film of the McCartneys?! Well spotted Peter!

As an added Beatles related bonus trivia point another Fab friend of mine Jackie Spencer has pointed out that the police dogs seen in the training video could very well be the same ones that performed at the Woolton Village Fete on 6 July 1957, you know, the one where John met Paul.

You just don't get this level of triva in books do you? 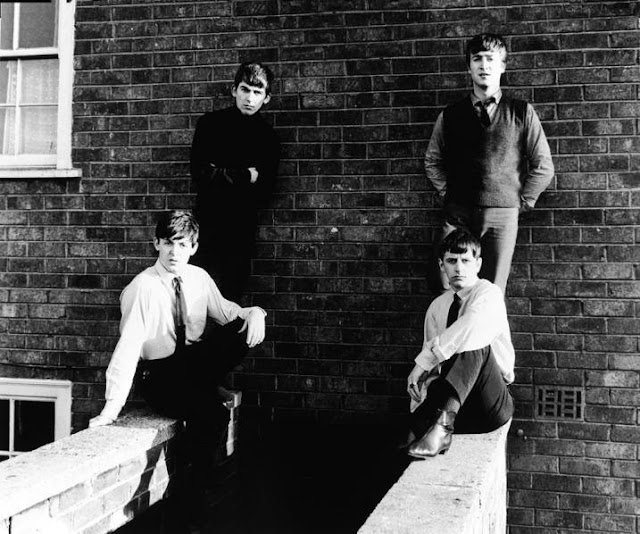 Introductory paragraphs adapted from "Many Years From Now" by Barry Miles.

Link to Merseyside Police history page which includes some background to the film: