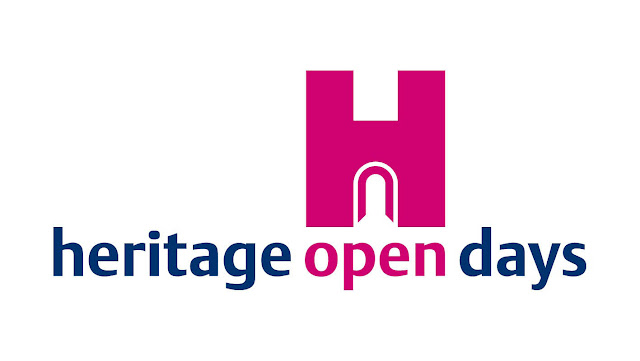 Heritage Month is nearly upon us.

Every September, some of Liverpool’s most historic buildings and treasured fixtures open their doors to the public in a celebration of the city’s history, community and architecture.

It’s a chance to see hidden and obscure places, some not usually open to the public and best of all, you can visit them all for FREE.

I’ve posted a link to a downloadable list of participating buildings in the Liverpool area which also links to the main site in case you’re not in Merseyside and want to know what’s open where you are in the UK.

Here are a few Liverpool locations with a Beatles’ connection you may wish to visit:

The Bluecoat,
School Lane,
L1 3BX
Formerly a school and now an arts centre, Yoko Ono appeared at a ‘happening’ here in September 1967 and again in April 2008 (I was at one of these!) 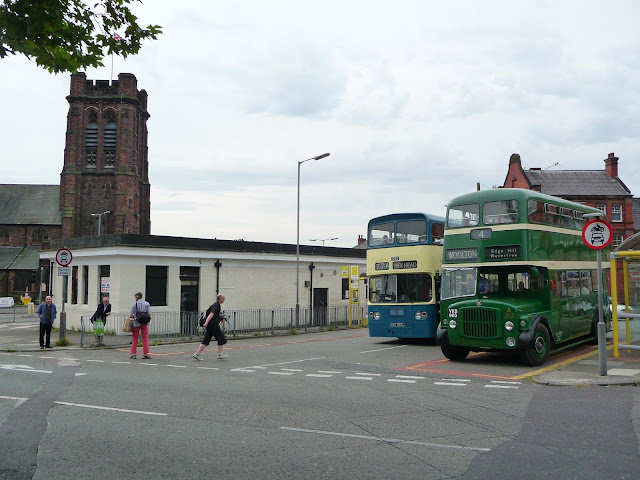 Fancy travelling to the Penny Lane shelter in the middle of the roundabout on a vintage bus?

There will be free Heritage Bus Services around Liverpool provided by The Merseyside Transport Trust. Most run from the bus stop at George's Dock Way, Pier Head.

Travel back in time aboard classic buses from the Trust's collection as they meander the streets of Liverpool and its suburbs retracing bus routes that took thousands of Liverpudlians to school, work or to the cinema.

The buses from the 1950s to 1980s will run free trips to a wide variety of destinations in the City throughout the day. 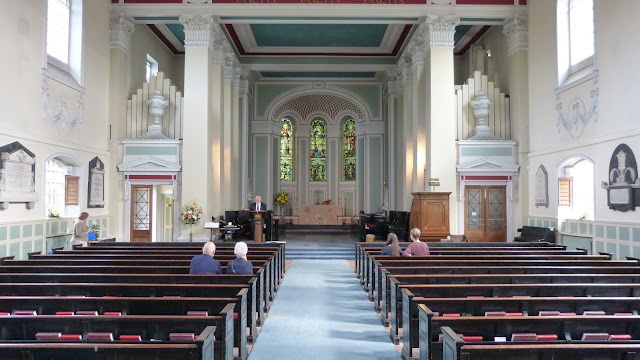 The hospitable and beautiful Georgian Church where George Harrison’s grandparents married, situated next door to the Blue Coat School (see below) and facing the 'Mystery', a park where both John Lennon and George Harrison played. 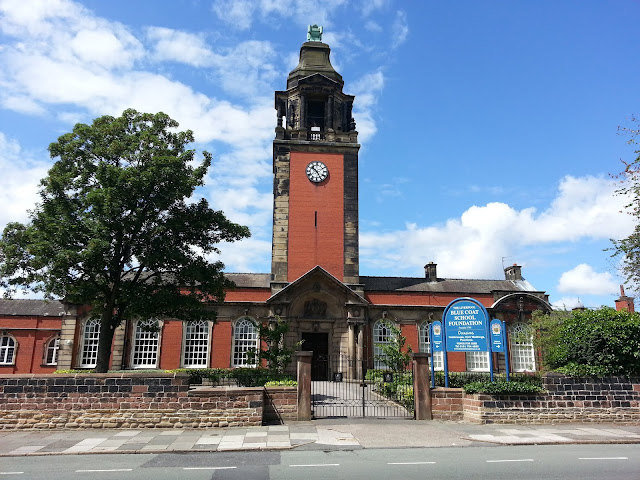 How about a tour of the only surviving Grammar school in Liverpool, attended by John Lennon’s dad Alfred (Freddie) Lennon, and Quarryman Nigel Walley?

The building was designed by Messrs. Briggs, Wolstenholme, F B Hobbs and Arnold Thornley in the late Renaissance style and completed in 1906. It is now Grade II* listed. The chapel was erected in 1906 by Mt T Fenwick-Harrison in memory of his late wife. The frontage of the building was completely refurbished in 2005 and has a magnificent boardroom. 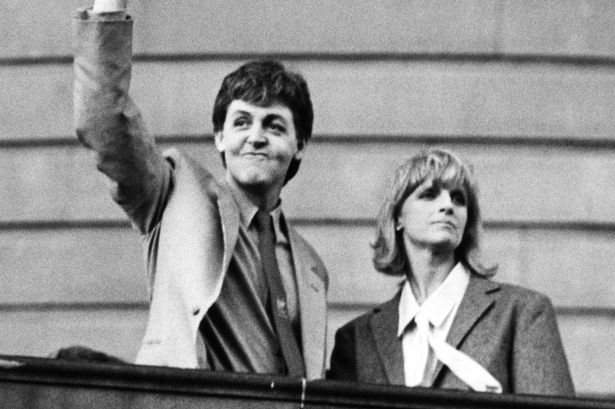 A guided tour of Liverpool Central Library focusing on the history of the building and highlighting its significant architectural features.This is where Paul McCartney was awarded a school prize for his essay on the Coronation and where he later received the Freedom of the City in 1984. 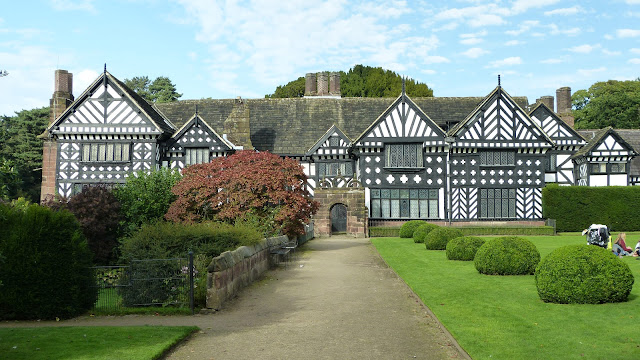 A fabulous Tudor timber framed building close to Liverpool John Lennon airport, much loved by Paul and Mike McCartney and George Harrison (the hall, not the airport).  This is a National Trust property and a family would normally have to pay around £22.50 to gain access. Take advantage of free entry on Saturday 15th September 2018 and explore the house and gardens.

Just don’t hide in the beds and move the suits of armour like John Lennon did on his trips with the Art College. The National Trust really don’t like that. Naturally, John called it ‘Talk Hall’ (next to Shout Airborne).
St Anthony's Church
Scotland Road,
Liverpool, L5 5BD 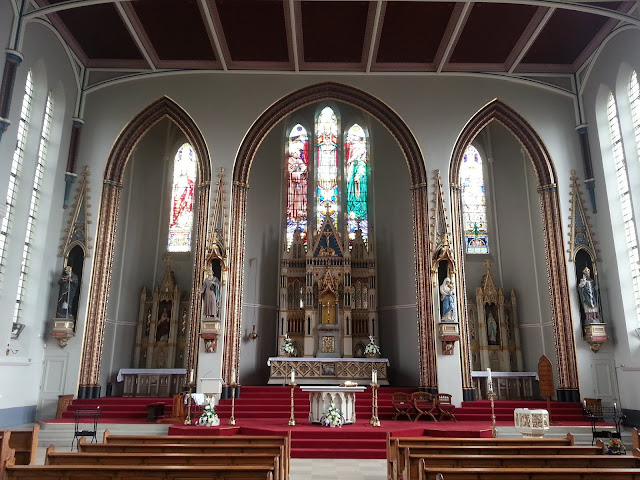 St. Anthony's was built in 1833 at the slum ridden heart of the Irish Catholic community which developed predominantly around the Scotland Road area close to the docks where the ancestors of John Lennon and Paul McCartney arrived from Ireland. John Lennon’s great grandfather James was married here in 1849.

Find out more about the history of the church through a lecture, guided tour and visit to the church crypt to see burial vaults (I did this last year and they’re not to be missed)
St Barnabas Church,
1 Carsdale Road,
Liverpool, L18 1LZ 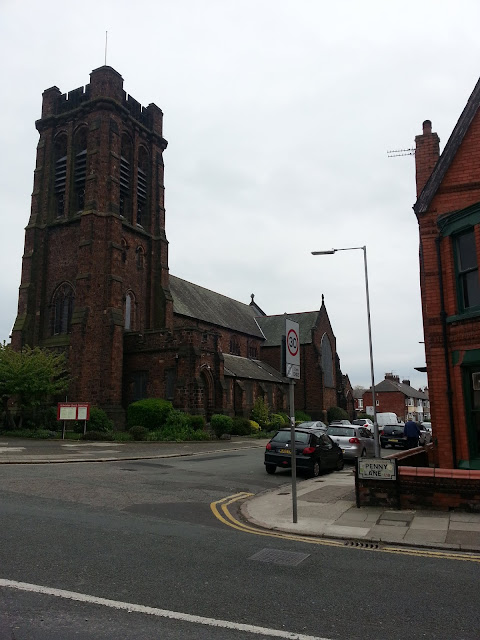 A grade II listed church with one of the most famous addresses in the world (it's at the end of Penny Lane).

It has strong Beatles connections as Paul McCartney mentioned in the recent Carpool Karaoke.

On the Saturday you can take part in “Bells on Penny Lane" - a tour of the bell tower and its views of Penny Lane and on the Sunday you can discover the hidden history of Penny Lane / Wavertree Area with tours by a Qualified Blue Badge Tour Guide.

For photographers I would strongly recommend the tour of the bell tower, with its view over Smithdown Place where the shelter in the middle of the roundabout, the barbers and the bank are located.  I did it in 2013 and wrote about it on this blog:

Contact details,opening times and further information can be found at the link below: