One of the most rewarding things about doing this blog over the last 10 years (!) is when I receive messages from like-minded fans, historians and collectors wanting to share an exciting new discovery.

Three days into 2019 we’re off to a great start with this incredible find.

I opened my emails to find a message from a gentleman called Pete Howard from California.

I’ve never ‘promoted’ one of my video blogs before, ever… and I have 650 now posted over the last eight years, including 40+ Beatle ones.

But today’s new posting is truly mind-blowing.  It’s not my poster, by any means… but I had the privilege of ‘living with it’ for a week to carefully archive and document it.

Perhaps you’ll enjoy my video for a minute or two:

Just wanted to share it with you, as a Beatles taste-maker, because it’s such a fantastic discovery.  Even if you’re not into collecting paper memorabilia that much.

Yours in Beatledom, and happy new year, 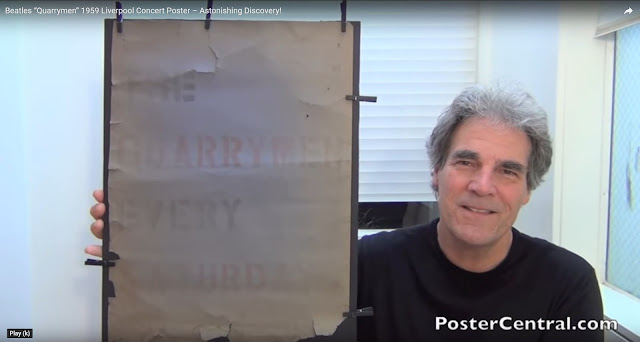 Pete Howard was the Publisher of ICE magazine, 1987-2006 and contributing Editor for Rolling Stone magazine, 1988-1995 which in my mind give him some pretty impressive credentials.

Hopefully you can watch Pete’s video in one of the links I’ve posted. If you can’t I’ve made some screenshots so you can enjoy this amazing find.

This is an original Quarrymen concert poster dating from the late summer of 1959. It was made to advertise the groups Saturday night residency at the Casbah Club.

It’s been suggested that it's the only Quarrymen era poster that’s ever been found (but read on).

Their residency had come about almost out of the blue. The Quarrymen had not performed since early January 1959 and John in particular seems to have lost interest. George had started playing with another group, the Les Stewart Quartet who had been promised a booking at the opening night of the Casbah Club, a new venue in Hayman’s Green, West Derby.

The club was situated in the basement cellar of a large Victorian House owned by Mrs Mona Best who lived there with her two sons, Rory and Pete. Mona had the idea of opening up a club for teenagers primarily so her sons had somewhere to hang out with their mates. She then hit on the idea of featuring live music, something which created a bit of competition with Lowlands, the existing club in the street (see my earlier blog) where the Les Stewart Quartet had previously played.

Shortly before the opening night on 29 August the Les Stewart Quartet had a bust up. Stewart stormed out of the band and guitarist Ken Brown asked George if he knew anyone who could help them fulfil their engagement. George got hold of John and Paul, and adding Brown to their line-up the suddenly re-activated Quarrymen played that opening night and every following Saturday until 10 October when they had a disagreement with Mona Best. 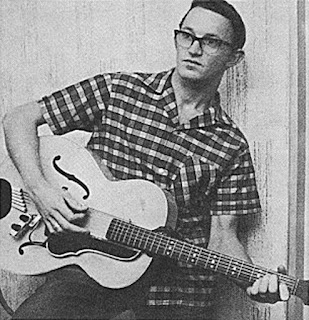 Ken Brown was at the Casbah but unable to perform due to a heavy cold. Nonetheless, at the end of the evening Mona still paid Brown his share of the group’s fee (he received about 15 shillings) much to the annoyance of Paul McCartney who saw no reason why Brown should receive payment when he hadn’t played. Despite being responsible for bringing Ken into the Quarrymen, George’s loyalties lay with John and Paul and he followed them out of the club. 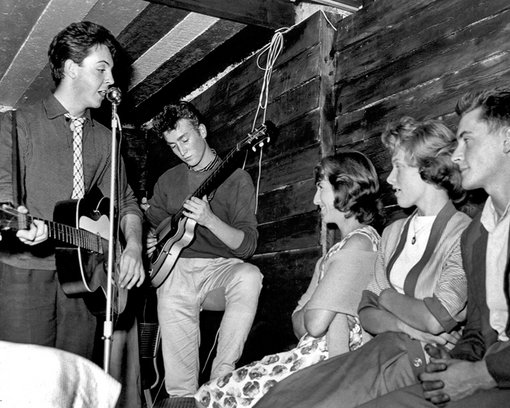 Luckily we have photographs of the Quarrymen at the Casbah during this period including one from the opening night which accompanied a local newspaper article. John's future wife Cynthia Powell is sitting next to John (but smiling at Paul). 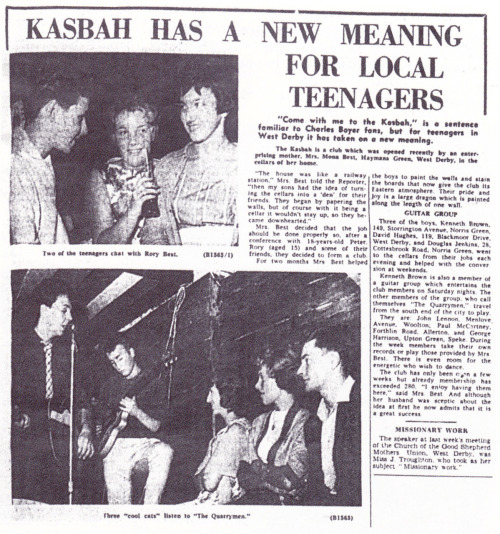 The photo below is from a different Saturday night. From left to right: George, Paul, Ken and John
They were not to play the Casbah again until they returned from Hamburg on 17 December 1960 by which time they had become the Beatles and had added a drummer to their line up - Mona’s son Pete. 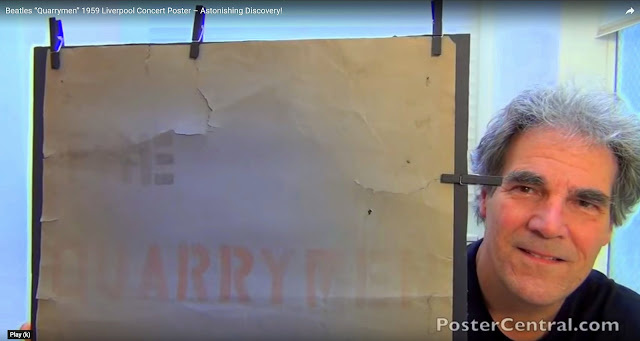 The poster is a large sheet of light blue paper with four words hand stencilled on it in red and black:

THE
QUARRYMEN
EVERY
SATURDAY

It was probably on display near the entrance to the club but as Pete Howard says in his video, as there doesn't seem to be any photographs of the club with the poster visible in the background we can only speculate where it might have been. It makes sense that the club would display the poster where people could see it so the entrance sounds like a good bet.

So where does this poster come from? In the video Pete states the poster was obtained from the Best family. To verify the story I messaged Pete Best's younger brother Roag to see whether he knew anything about it. I was delighted when Roag replied: We have one of the Quarrymen posters on display at the Magical Beatles Museum. What this guy has is the real deal. He’s a lucky guy.

So, Roag's response suggests that there is more than one Quarry Men poster in existence. I personally don't recall seeing a poster for the Quarry Men (or Quarrymen for that matter)* at the Magical Beatles Museum when I attended the opening, but that's not to say there isn't one. For now, here's a later Casbah poster (presumably for the aforementioned 17 December 1960 engagement) used in Pete Howard's video for comparison purposes. Like the Quarrymen poster it’s been stencilled, probably using the very same stencil. 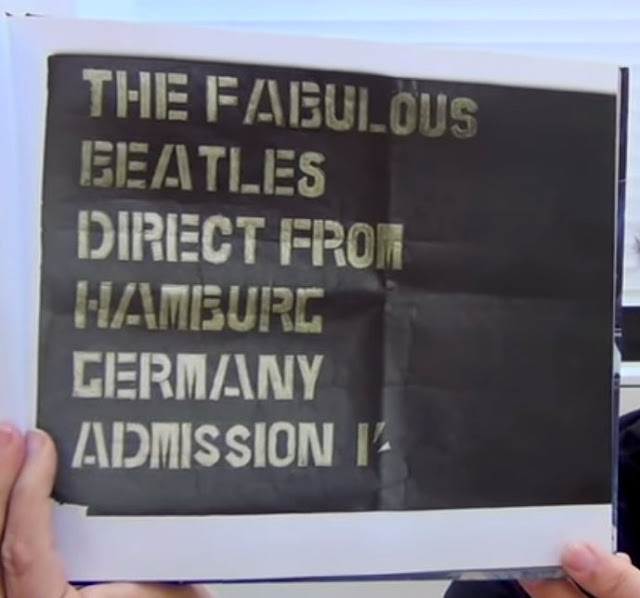 Poster for a later appearance at the Casbah by The Beatles

It's truly an amazing discovery. I can only guess what it might be worth to a collector. As Pete Howard says, the condition doesn’t really come into it   - how many cigarettes were smoked near this poster before it was kept in storage for decades? We're lucky it survived and we have had the privilege to see it.

Thanks for sharing this with us Pete.  I hope you inspire others to get in touch with their own unique items.

* Quarry Men or the Quarrymen?

None of the surviving members seem to agree. Drummer Colin Hanton's recent book 'Pre-Fab' uses the two word spelling, as does the recognised authority on the Beatles, author Mark Lewisohn in his book 'Tune In'. I've followed suit. The poster may support the argument that it was actually one-word, may have been stencilled by a non-band member who didn't know, or may simply have been written this way to fit the dimensions of the poster. I guess we'll never know.