It's All Fore the Best 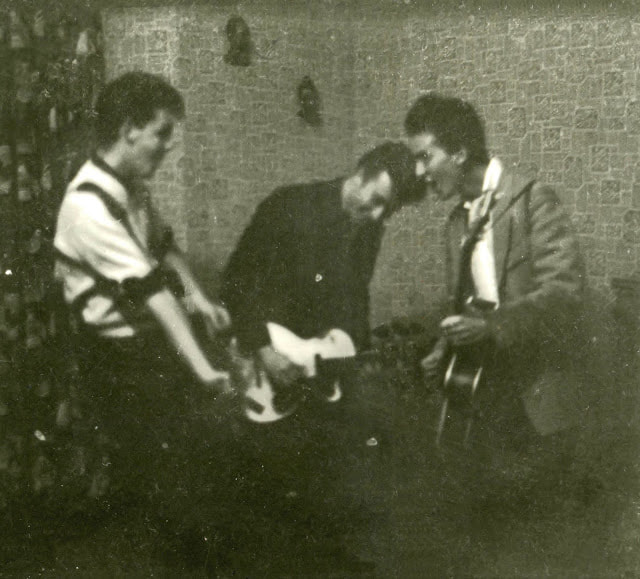 Paul McCartney, John Lennon and George Harrison in one of the rooms at 8 Haymans Green, West Derby, home of the Best family and the legendary Casbah Club.

You may recall that when Pete Best saw this photo recently one of the first things he noticed were the  golf clubs leaning against the wall between John and George (circled).

The clubs belonged to his maternal Grandfather, Major Thomas Shaw.

In 1948, three years after Mona Best sailed from India to England her parents followed.

Thomas and Mary Shaw spent the rest of their days in Liverpool living with their daughter, son-in-law and grandchildren at 8 Hayman's Green. 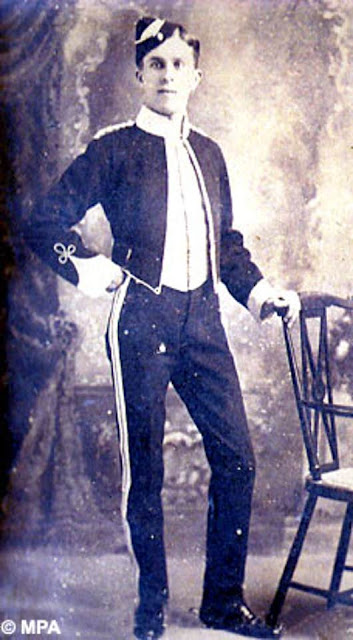 During his time in India Major Shaw served in the 11th (Prince of Wales's Own) Bengal Lancers between 1876 and 1903.

He was awarded the Afghan War Medal and three other crosses during the two-year Second Anglo-Afghan War, which ended in 1880.
He also received two other medals to mark the length of his service.

His medals are currently on show in the Liverpool Beatles Museum having previously been borrowed by John Lennon to wear on the cover of the 'Sgt. Pepper' album in 1967. 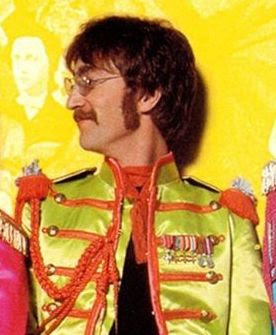 Speaking in 2007 Pete Best remembered that "Every time John came to the Casbah, he would ask to see the medals. He just loved the look and the feel of them and never tired of the stories behind them."

It's thought that the Beatles' roadie Neil Aspinall, who fathered Pete's half brother Roag and lived with the Best family until 1967 grabbed the medals on John's behalf during one of his visits up North.  According to Pete "John knew how important they were, so they were returned swiftly with a polite thank-you note."
As for Mona, "She was delighted to see John wear them on what turned out to be one of the greatest albums ever." 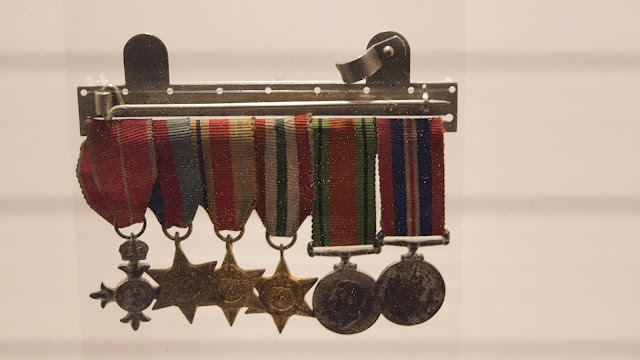 As for Major Shaw's golf-clubs it looks like they may be joining his medals as a museum exhibit.

My fellow researcher Peter Hodgson called in on Roag Best today at the museum.  The museum has been closed to the public for the last few months due to Covid-19 restrictions so Roag has had some time on his hands.*

Inspired by the Quarrymen photograph he's clearly put some of this free time to good use by searching through the countless family heirlooms and long forgotten artifacts which I would imagine are stacked floor to ceiling in the spare rooms, cellars and attic space of 8 Haymans Green. A bit like the tomb of a Pharoah, if he'd lived in West Derby.

Remarkably, he's managed to find Major Tom's golf clubs. Here's Peter with them in front of the beautiful portrait of Mona Best in the museum. 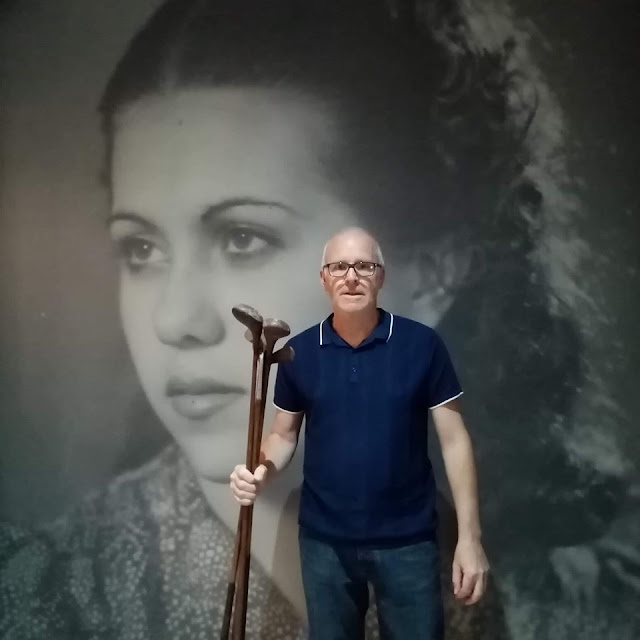 Apparently Roag is still looking for the two African heads  which were on the wall in the 1959 photo. Watch this space! 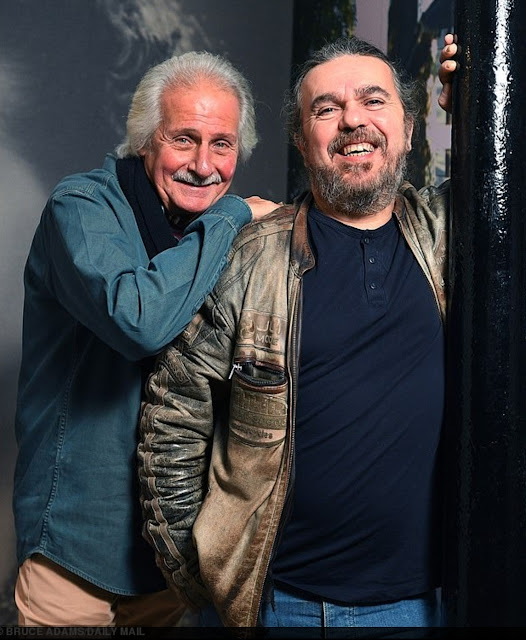 * If you've seen any of his Facebook posts recently you'd be forgiven for thinking he's had perhaps TOO much time on his hands!