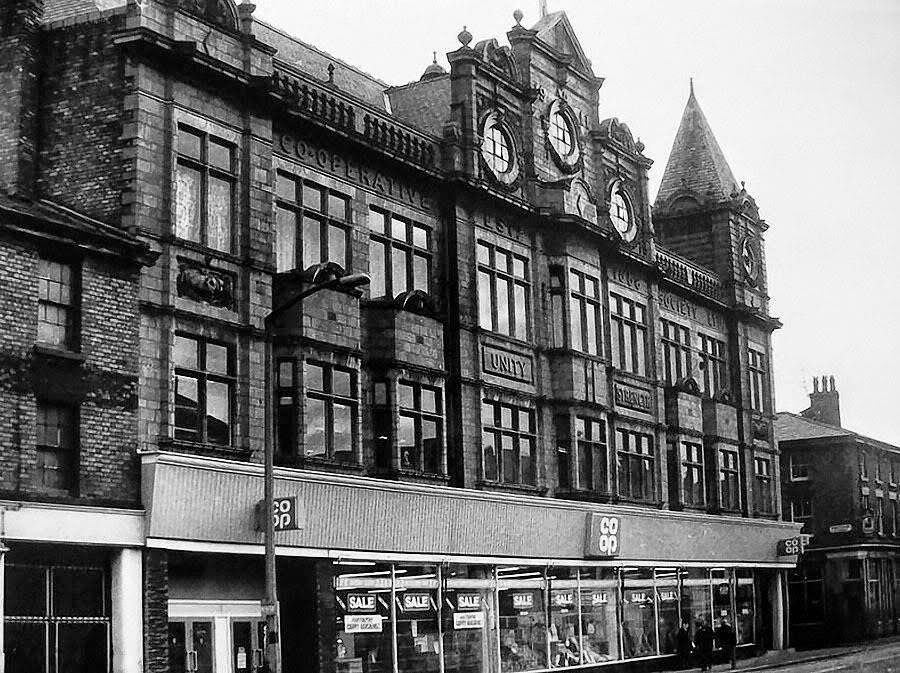 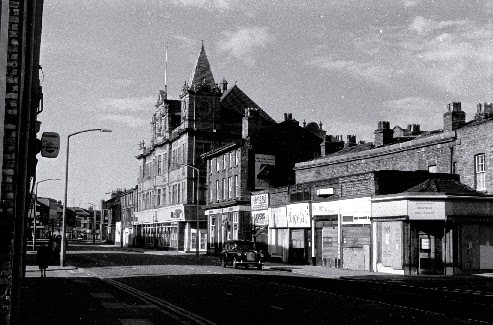 Blair Hall, another of the venues belonging to the Liverpool Co-operative Society was situated on the second floor of the Co-operative on Walton Road. The basement housed a furniture store and pharmacy, the ground floor sold groceries and soft furnishings, and the first floor was for Co-op offices and banking services. The entrance to Blair Hall was at the side of the building on Christopher Street.

The hall was used as a “Jive Hive” by Wally Hill's company, Peak Promotions - Peak being the name Bob Wooler came up with as a pun on Wally's surname -  who also organised weekly dances at Holyoake Hall on Smithdown Road, Wavertree, the David Lewis Theatre on Great George Street in the city centre, and the Columba Hall in Widnes. The Beatles performed at each of the venues apart from Columba Hall.

The Beatles appeared here on five occasions, and the first, on Sunday 5 February 1961 was witnessed by the Remo Four, a band the Beatles admired and would regularly share the Cavern Club stage with during 1961 and 1962:

"The first time we ever saw the Beatles was at Blair Hall and anybody who played at Blair Hall will know that it had a sloping stage. I'd played there quite a lot, but Pete Best hadn't. He set up his drum kit - and Pete was very very heavy on his bass drum which, to me, was a lot of the Beatles sound in those early days. The curtains opened and this mighty mighty sound came out.  Pete Best was really hammering the drums and the bass drum started sliding forwards on the stage. He was hanging on to his bass drum with one hand and playing it with a stick in the other. He was in real trouble so I immediately ran round the back and got some string out of my case, which I always carried round with me, specially for Blair Hall. We tied it round Pete's bass drum and then we tied it round his seat - and that stopped his bass drum from sliding on the stage, no matter how hard he hit it.... every time after that he took a piece of string with him.

I thought Pete Best in those early days was a lot of the Beatles sound, when they were really hitting it out. All that stuff in the Cavern and Hamburg and the Hambleton Halls and the Blair Halls"
(Harry Prytherch, drummer with the Remo Four)

Not all of the Remo Four were immediately overwhelmed. Formerly a Liverpool Institute classmate of Paul McCartney, and now the Remo's bass player, Don Andrew's vivid first impression of the Beatles was that they were dirty and "made a horrible deafening row"! 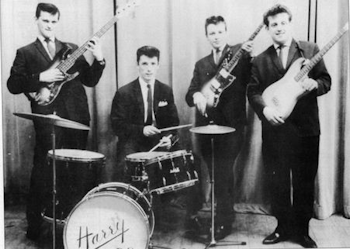 Both Holyoake and Blair Halls were frequented by outbreaks of violence and Wally Hill would employ over a dozen bouncers for a hall only holding 400 people. Hill admits that it sounds excessive but stresses that it was a necessity because "when we had a riot and we had a few riots in our time, you needed them, you are protecting yourselves and not just the dance hall. They took Blair Hall to pieces (but) luckily by different methods we managed to hush it as otherwise we would have been thrown out. The odd knife was thrown... there were branches off trees and milk bottles but you get acclimatised to it and it becomes a way of life..... except for a few occasions we were in the strongest army" 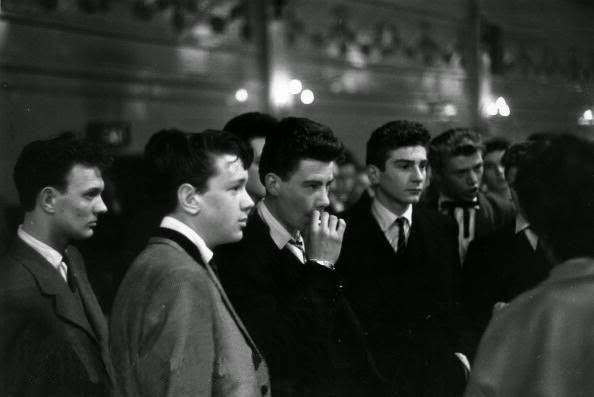 The Beatles played for Wally Hill at Blair Hall on five occasions. The other dates were Sunday 16, Sunday 23, Saturday 29 and Sunday 30 July 1961.
They also had engagements through Peak Promotions at Holyoake Hall on Saturdays 15 and 22 July 1961 and were making good money, but not for the first time the Beatles relationship with a promoter ended badly: "Bob Evans and the Five Shillings were a popular group and they asked us if we had used the Beatles yet. We said no and we asked what they were like. Bob Evans said "Don't touch them, they don't wash their hair and there's a fight every night". There was a fight every night anyway, so that didn't mean anything. We wrote to them in Hamburg and they signed an agreement that they would play for us every Saturday and Sunday at a tenner a night, which was big money then. They played a few times and we increased it to £12 and then one night they came along to Blair Hall, Walton, and Paul said "We are not going on unless we get £15". There was a bit of haggling and in the end we decided they weren't worth it! We parted company. They didn't play that night and the kids were disappointed and we never had them again. I think I made a mistake there"*
(Wally Hill)


There are of course, two sides to every story, memories are faulty with the passing of time and the details differ depending on who is telling it.  Author Mark Lewisohn
writes that Hill was paying the Beatles £15 for Blair Hall but only £12 for Holyoake Hall, and the Fabs decided they were being taken advantage of. Confident that they could be getting £15 at both venues on both nights of the weekend John and Paul approached Hill with an ultimatum.

Or maybe the argument over the fee was just the straw that broke the camel's back.
On the penultimate Sunday the Beatles had turned up at Blair Hall late, 5 minutes or half an hour according to Neil Aspinall, the group's road manager. "When we finished the last number the curtains stayed open and (Hill) said we had to play more because we'd gone on late. We played another number and he still wouldn't close them so it was "F--- you! We'll never f------- play for you again.."  Hill, surrounded by his heavy crew of bouncers was not someone to be messed with, and while there was no physical violence Aspinall would recall the threats of "If you don't turn up you'll never work in Liverpool again". The Beatles responded by getting in the van and going home.

Unless the witnesses memories have messed up the chronology of events a little and the above incident occurred on 29 July it appears that they did indeed turn up for the following Saturday's booking. However, the following (Sun)day "just me, Pete and Paul turned up. John and George went to the pictures. We knew we were in trouble and got out of there fast, before we got killed".
(Neil Aspinall - Tune In) 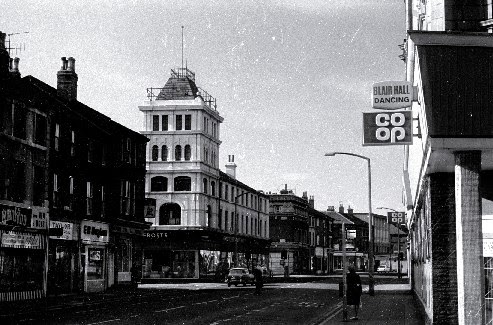 The planners finally did what gangs of drunken Teddy Boys could not, demolishing the hall to make way for a supermarket on the site. Another fine building lost. Spencer Leigh (The Best of Fellas - The Story of Bob Wooler) *