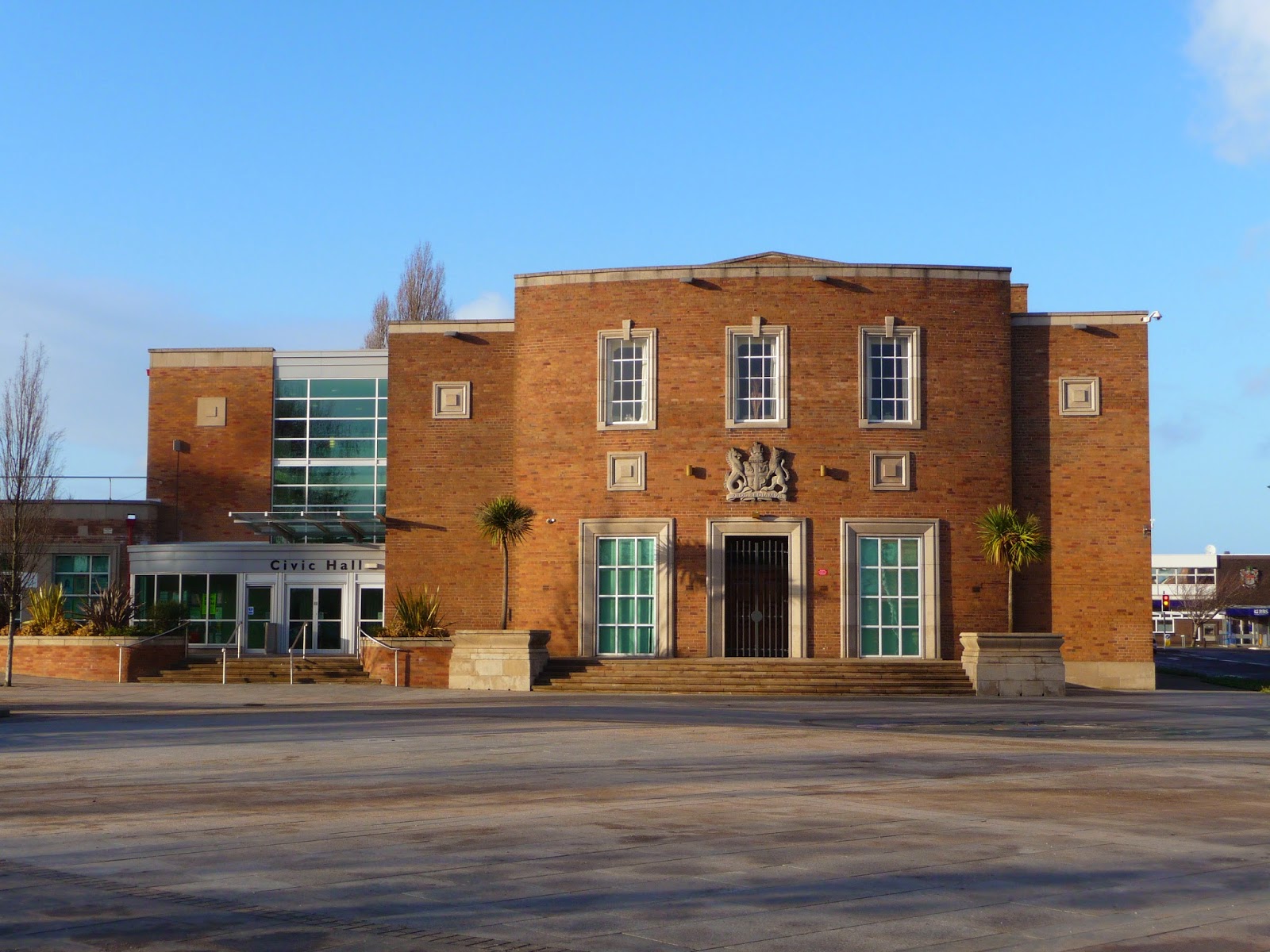 Ellesmere Port is a large industrial town and port in Cheshire, south of the Wirral on the banks of the Manchester Ship Canal. Today it is the home of the Vauxhall Motors car factory and the Stanlow oil refinery.  Despite being only 19 miles south of Liverpool (a short hop over the Runcorn-Widnes bridge for the south-Liverpool dwelling Beatles) this was their only engagement in the town, a dance organised for the Wolverham Welfare Association.

Patricia Greenhalgh: My friend Barbara Dickson and I had some great times following the Beatles before they became really big, in fact we were responsible for them playing Ellesmere Port Civic Hall. We knew the lads really well from the Cavern Club, so we contacted the manager of the Civic Hall and encouraged him to book them. We'd always have a chat with Paul, John and the band and have a bit of a laugh after the gigs but before they went onstage at the civic hall Paul came and invited us back stage with them. It was a really good gig. They even offered to play at my 21st birthday party but I said no because I was only having it at my brother's house in Blacon! I've still got signed records now. They were nice lads and they deserved their success. They were truly great days.
(Ellesmere Port and Neston Messenger Winter 2008). 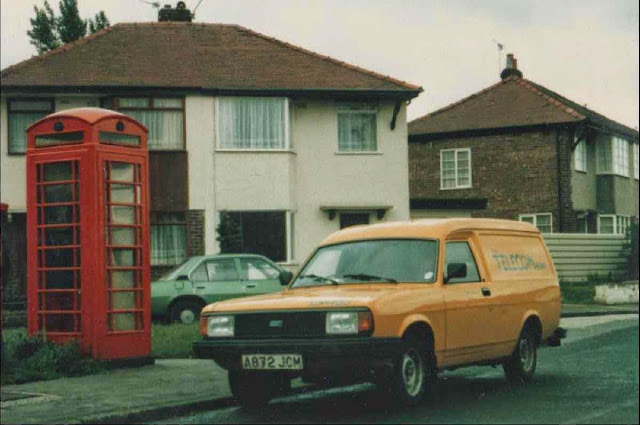 
Peter Doyle: The Beatles were booked for the Civic Hall from a phone box in Newnham drive. I can't remember the name of the lady who booked them.

Dianne Ybarras: My Mum (Mary Middleton at the time) and two other girls rang from (the phonebox) to book a group for the big night. They were going to book Gerry and the Pacemakers but they were more expensive so they booked the Beatles instead which turned out to be a good choice as so many had a wonderful night. 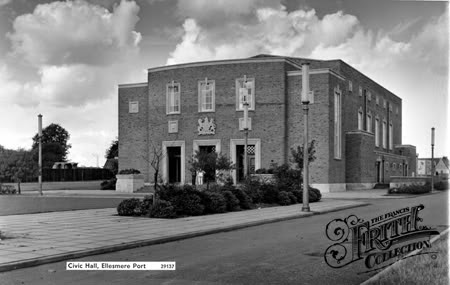 The hall pictured prior to the addition of the extension. (Photo: Francis Frith Collection) 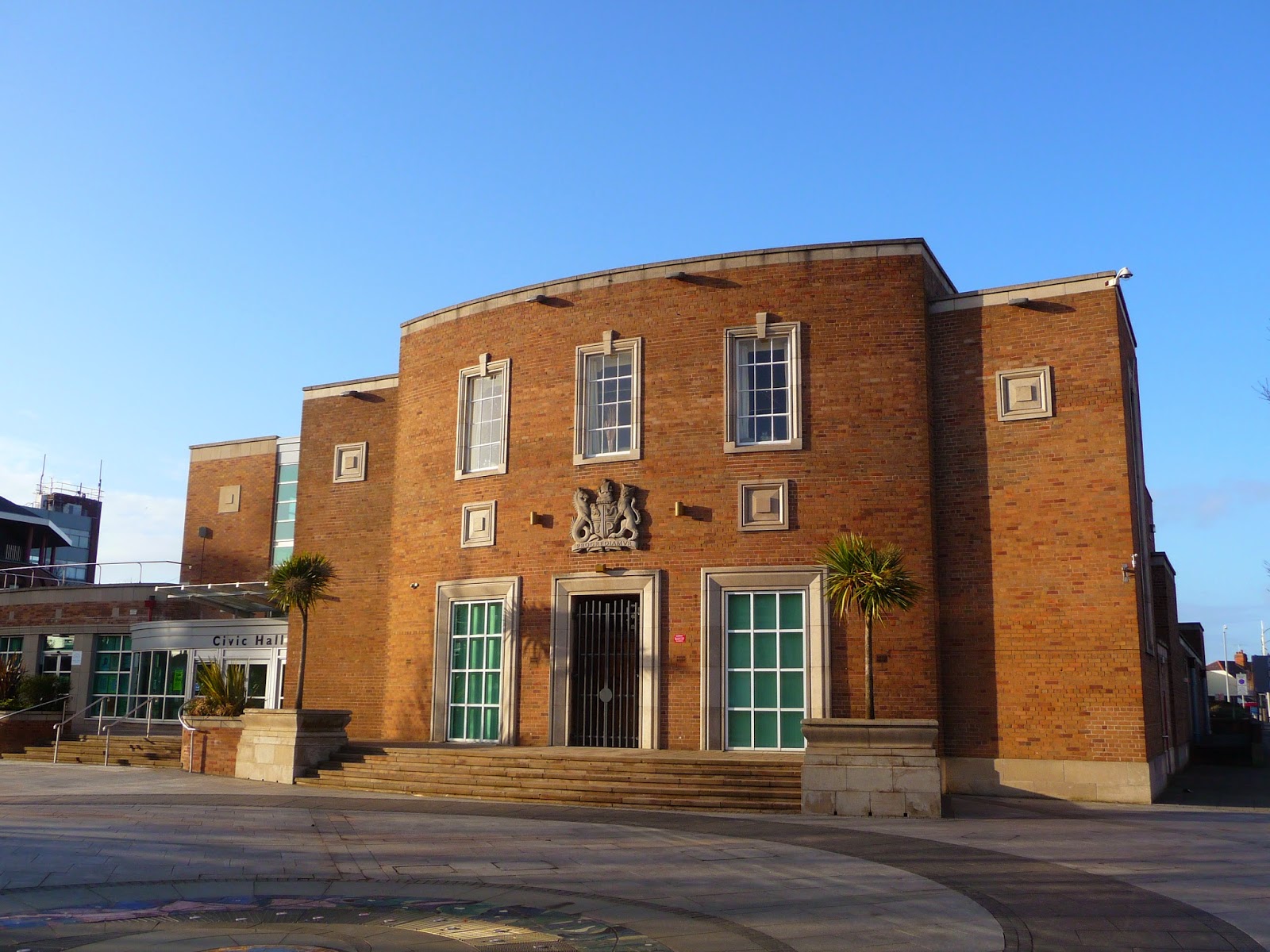 The girls did well. A capacity crowd of 700 packed the civic hall for this dance, and many of the audience, it seems, were able to go backstage.

Memories of the Beatles at the Civic Hall


Lee Lucks: I'm barely 15 years, never been to a gig (a dance in those days!) and I've been invited by my friend Angela to a "do" to raise funds for the Carnival Queen in the Civic Hall at Ellesmere Port. "It's brilliant new group from Liverpool," she tells me. 'The Beatles, with an A." Along I go in my best - a straight skirt, daringly short, and a very prim white blouse with a high neck. The atmosphere is amazing and the performance electric.


The show finishes and we're waiting for Angela's mum to clear up and take us home when we're called over. "You can go backstage if you want to . . ." Wow! By now we're all in a frenzy and a little nervous but that disappears as soon as we walk into the dressing room. Four exuberant, noisy boys larking about and writing on the mirrors. It didn't matter who was who, they were all friendly, chatty and wild. 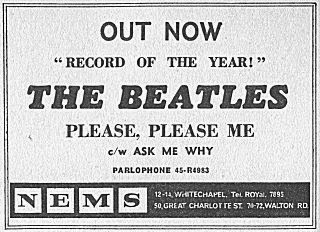 The only number I remember is Please, Please Me but that started me on the collection - all my pocket money that year was spent on new releases. Most of my time that should have been spent revising for GCEs was spent listening to the records. Maybe that's why I can remember most of the words to the early hits but very little about the Battle of Hastings!

Sue McClelland: My friend Angela and I took them tea in their dressing room. We got a kiss from each of them and their autographs. Angela's Mum organised it all and booked them. 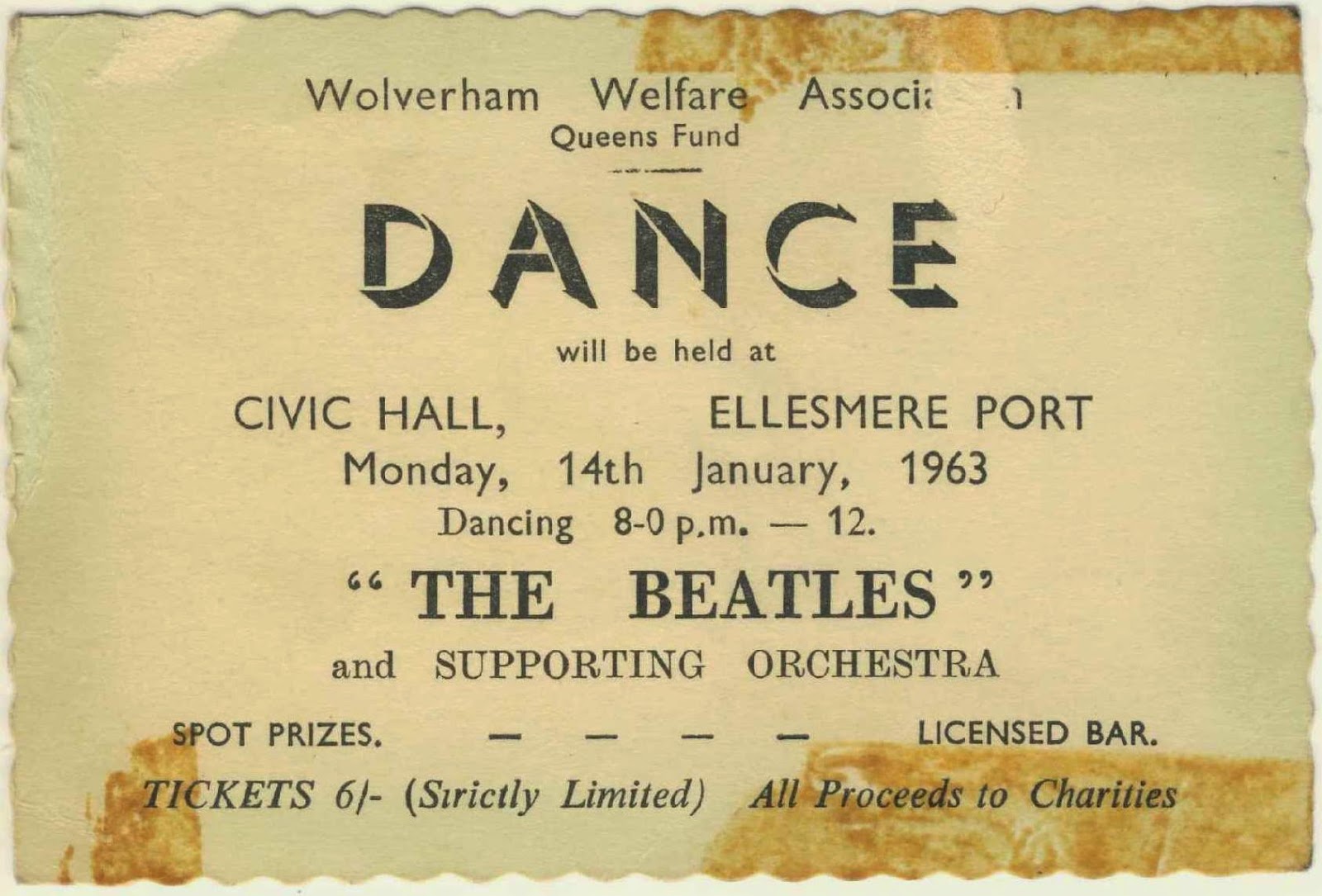 Russ Dumbill: 6/- admission, that was four pints or 60 fags, can't think where I got that kind of money from being still at school but it was a good night, even though I preferred the Big Three in those days.

Michael Flavell: The "Supporting Orchestra" was the Whitby Ward Trio. I also have somewhere,  a copy of the ticket plus a copy of the receipt signed by Paul, John, George & Ringo and Brian Epstein. They all signed for the same amount. I think it was fifty quid each. I have no idea where these items are, each of my kids had a copy on their bedroom wall years ago.

Dennis Flavell: I was there and have an original ticket, plus the Beatles autographs, plus the receipt for the dance signed by Brian Epstein on a NEMS enterprises business card. They were paid forty pound and Please Please Me had just gone to #1 on the charts. Supporting orchestra was The Whitby Ward Trio who all (or at least 2) were at the Grammar School at the time. Roger Parrot was the keyboard player.

Denise Minshull: My brother was the keyboard player in the Whitby Ward Trio. His band played support for the Beatles at the civic hall gig. I was backstage but was only five at the time, so it was all very boring to me! My brother's name was Roger Parrott. He emigrated to Australia in 1970 but remained in the music business in one form or another virtually all his career.
(Ellesmere Port and Neston Messenger Winter 2008) 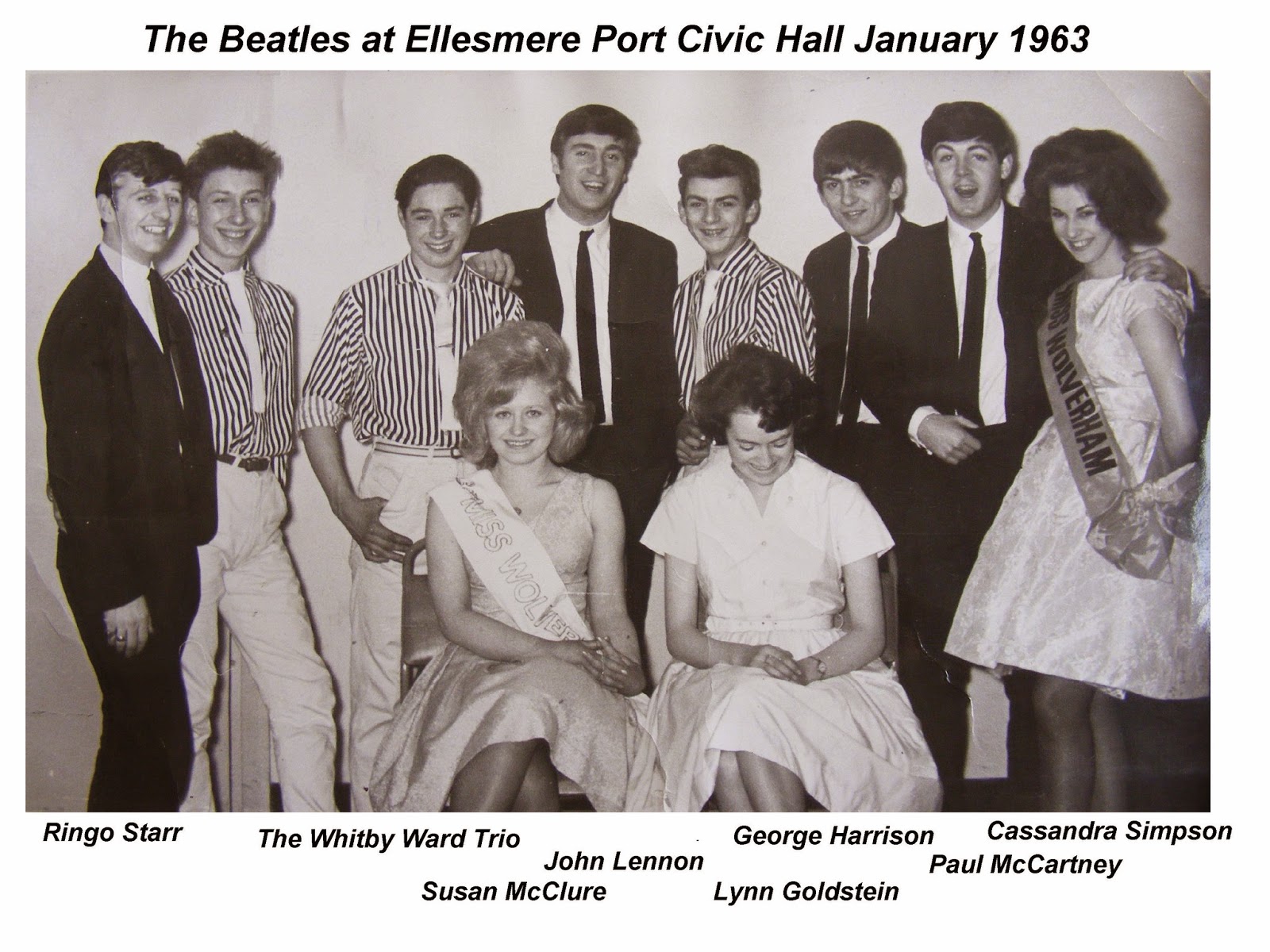 Paul Harrison: My Mum (Cassandra Simpson) was Miss Wolverham at the time and her boyfriend was Paul McCartney.

Terry O'Donnell: Going to see the Beatles at the Civic Hall was one of our first serious dates - my wife and I got married the year after. We then brought up three children here and I have some very happy memories associated with Ellesmere Port.
(Ellesmere Port and Neston Messenger Winter 2008)

Vicki Hassan: It was a great night but we had to walk there from Seacombe Drive through horrendous snow drifts. Worth it though.

Margaret Walmsley: It was my sister Joan Fairley that took them their tea in the break. George Harrison signed a cigarette for her and she smoked it! Could have been worth something now...


Yvonne Rees: I was 6 years of age, my nan Vi Cheers and mum Nancy Smith were part of Wolverham Welfare Committee from when it began and changed to cancer research commitee, so I was able to meet them. We had a photo taken with them and also a signed programme which is still "lost" in the attic, there were many other groups who were hired to play....(I) can still remember Freddie and the Dreamers, Billy J. Kramer, Gerry and the Pacemakers... many good nights for a young girl.

Stuart J. Bourne: My mum had her ticket all signed, sold it about 20 years ago it paid for a new boiler !!!

Pam Stout: I was at this dance and a friend (Carol Gorman) got Paul to sign a personalised autograph for me as her Mum was on the Wolverham Association who arranged the event. Happy Days!


Gillian Campbell: I remember my Dad saying when he went to watch the Beatles at the Civic Hall John Lennon was "flirting" with one of his friend's girlfriends. There was a small fight (don't think it was a mass brawl or anything) with Lennon and my Dad, his friends and I remember him saying Screaming Lord Such (I think that's how you spell it) was involved!! 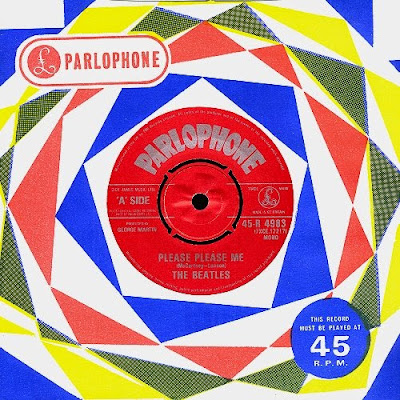 The Beatles' second single, "Please Please Me" had been released the previous Friday on 11 January 1963, during one of the worst winters in British history as Vicki Hassan recalls above. They had three engagements booked for that day - a Cavern lunchtime session plus two evening shows in the Midlands. Whilst road manager Neil Aspinall managed to get them to the first venue in Dudley, blizzards prevented the group from driving the further 11 miles to King's Heath and the show had to be re-arranged.

Staying in the Midlands overnight they travelled down to Chatham in Kent for the following evening's engagement. On Sunday, January 13, the Beatles returned north and headed to the Alpha Television Studios in Birmingham to tape an appearance for the television program Thank Your Lucky Stars. The Beatles mimed performance of Please Please Me was broadcast the following Saturday, January 19, 1963, a week after the single’s release and watched by a captive audience, who were, in many cases housebound due to the severe weather.

This was the group's first national TV appearance and the exposure generated by the show helped push the record up the charts, but contrary to the memory of Dennis Flavell, not by the time they played Ellesmere Port. In fact, according to some charts, it never reached the top spot. Hitting pole position on both the New Musical Express and Melody Maker Charts it failed to complete the hat-trick by only reaching # 2 on the Record Retailer Charts. Sod's law being what it is, the chart which subsequently evolved into the official UK Singles Chart was, yes you've guessed it, the Record Retailer Chart, and therefore "officially" Please Please Me was a #2. It was therefore excluded from the Beatles mega-selling "1" compilation and the question "What was the Beatles first #1?" continues to cause arguments in pub quizzes to this day. 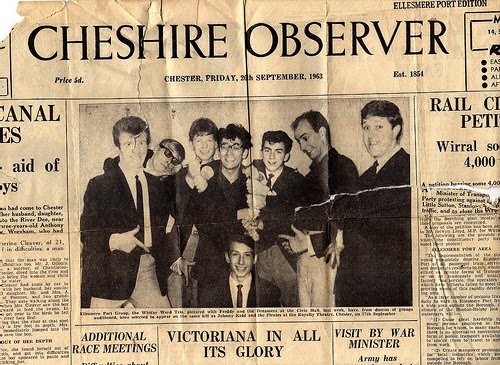 Nine months after opening for the Beatles, the Whitby Ward Trio supported Freddie and The Dreamers at the civic hall in September 1963. 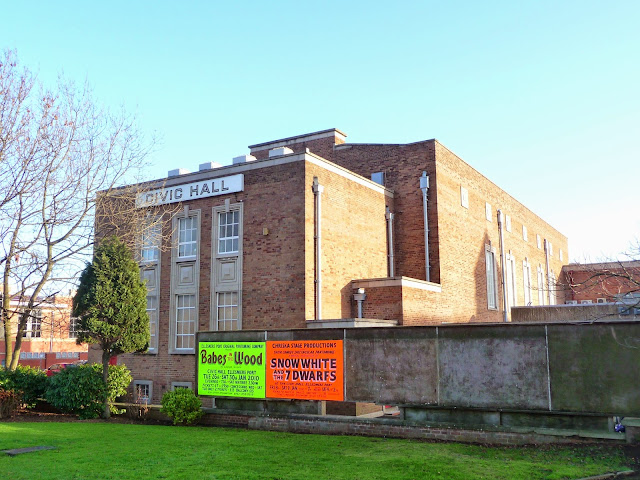 The civic hall photographed from the rear
Sources:


The majority of the fans recollections come from the wonderful  Facebook page Ellesmere Port Old and New.

All photographs by me except the black and white photo from Francis Frith.
at April 15, 2015