Friday night he leaves without a suitcase.... The Beatles in Irby 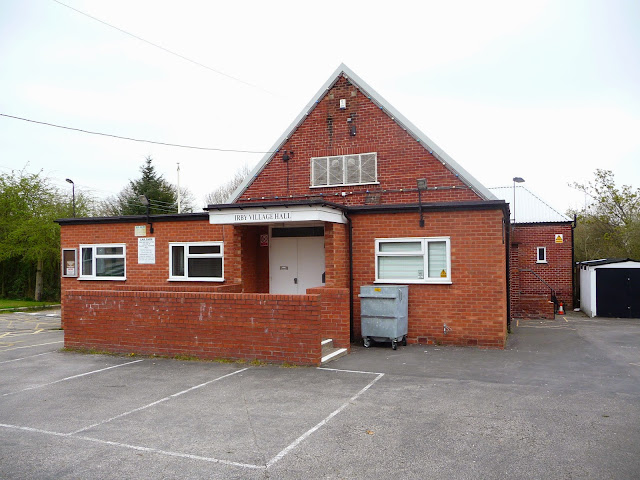 On Friday 7 September 1962, just three days after recording their first single at the EMI studios in London, and two days after a session at the Cavern which would be recorded for use in a Granada Television film, the Beatles appeared at this small hall situated at 15 Thingwall Road, Irby, Heswall, on the Wirral.
This was the home of the Newton Dancing School, run by Mary Newton. She ran monthly dances here for her pupils, who were aged between 14 and 18.


Back in July a local group The Spades had recommended The Beatles to Mary Newton. On making enquiries as to their availability she managed to secure a booking and shortly afterwards received a typescript letter on NEMS ENTERPRISES LTD headed stationery, signed by the Beatles' manager, Brian Epstein and dated 30th July, 1962, confirming "...a booking for THE BEATLES at the 'Village Hall' at Newton Dancing  School, Irby on Friday September 7th...at a fee of £35 and that playing time will be one hour..." 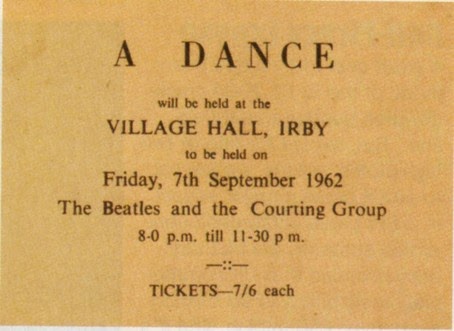 Tickets cost seven shillings and sixpence (35p), bought by around 80 local teenagers, not enough for the organisers to raise the £35 fee that Brian Epstein had negotiated for The Beatles' performance. As a result the group was paid just £20 at the end of the night. One can imagine how Brian reacted to that slight on his "boys".
A jumble sale was held on the bowling green opposite the village hall to raise the extra money, Epstein reportedly returning in his Rolls-Royce to collect it. 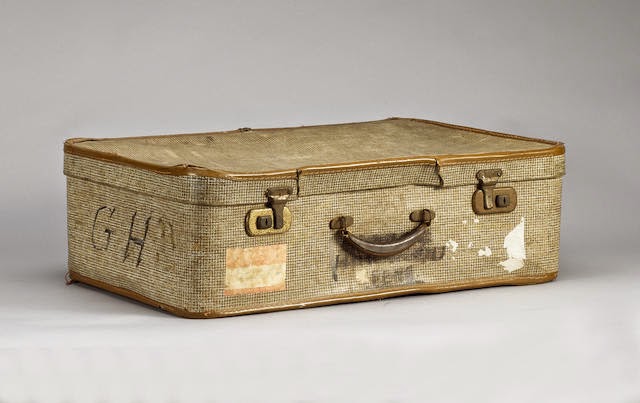 After their hour long performance the Beatles packed up and left but George Harrison accidentally left behind a cardboard suitcase containing guitar strings. The case was made of compressed cardboard with plastic trim, and had Harrison's initials on the sides and back. A small note on it inscribed with blue ballpoint pen said: "Mr George Harrison c/o Beatles Party". The label inscription suggests that this case had accompanied George to Hamburg, the Beatles' having had a recent residency at the Star Club between April and May 1962.
The case was taken away by Dave Irlam, the drummer in The Spades.
Dave's father, Ernie Irlam, contacted Epstein, who told him that someone would arrange collection of the case, but nobody ever did and it was emptied then placed in an attic and forgotten. It remained there for 40 years before being rediscovered.

Ernie Irlam: "They came here with all new equipment*, marvellous stuff. But they still had some of the odds and sods of the old stuff. It was the end of an era. We couldn't raise all the money to pay for them and a few days later Epstein came round to our house for the rest. He was very irate.

I told him not to forget the old suitcase and he said that he would send someone round for it, but he never did. About 15 years later, I found it in the loft and David told me that it was the case the Beatles left. They would not have been seen with a case like that when they were famous, would they?"

On the night, Lennon said to my son, 'Are you doing the lights?'. He said he was. Lennon said, 'When we play Blue Moon, put that blue light on. Can you manage that? OK la'". **
The case failed to reach its £2,500 reserve at Bonhams in London, but in 2004 was sold to an anonymous buyer for £5,500. After being hidden away for more than 40 years the case was put on display at the Merseybeat Museum in New Brighton, Wallasey.

Mary Newton kept a ticket from the show, along with Epstein's letter confirming the booking, in a drawer. They were sold together at Christie's auction house in London in 2004, also for £5,500, to an anonymous foreign buyer.

Mary recalls "I was the boss that night. The Beatles were just another group, but they were a good group. There was all this waving at them from the front. They did Love Me Do and all the early stuff.

It just happened that when I was moving house recently, I took some books out and I thought, 'what's that on the floor?'."

The following night the Beatles were back on the Wirral, appearing at both the YMCA and Majestic Ballroom in Birkenhead. You can read about them here 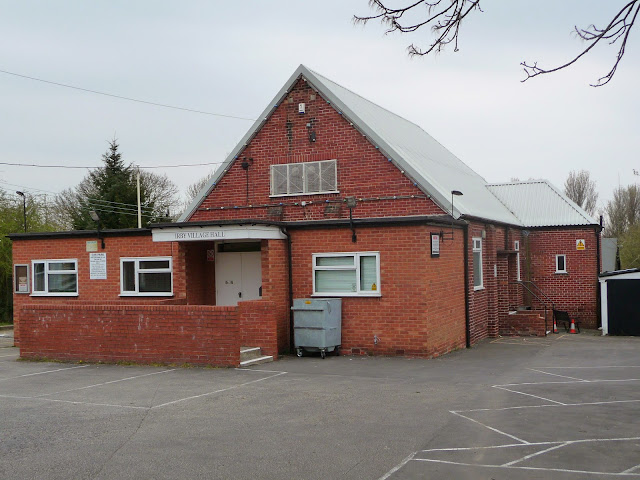 *I wonder if by new equipment he is referring to John and George's new Gibson Jumbo guitars? For further discussion see here

**This story may have improved in the telling over the years.