They say that sometimes you can wait ages for a bus and then three come at once. Now it seems this can also apply to pictures of the social club for the men driving these buses, for no sooner have I finished my post about the Quarry Men's appearance at the Finch Lane Social Club than I find the letter and photos below. 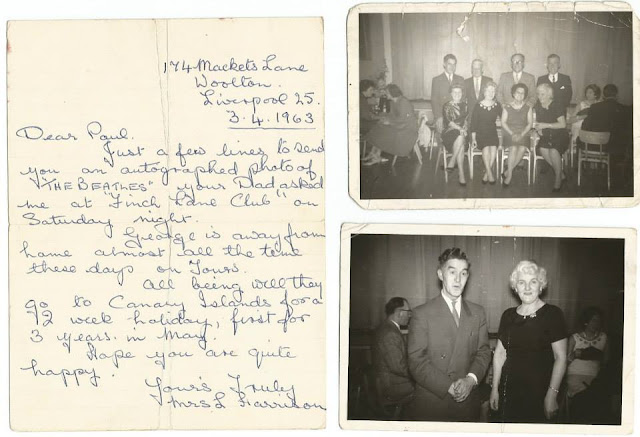 A letter from Louise Harrison to a fan and two photographs of her with Harold at the LCPT (Click to enlarge) - Thanks to The Beatles Shop for permission.

Bus driver Harold Harrison and his wife Louise ran ballroom dancing classes at the Finch Lane Liverpool Corporation Passenger Transport Social Club, and appear to have done so until they left Liverpool and moved to Warrington.

As I wrote in my Mackets Lane post, Louise Harrison was an avid correspondent and of  the Beatles' parents she seems to have taken the most time to respond to requests from fans for autographs, pieces of George etc.

The above letter was submitted as a lot in the annual auction held each August by The Beatles Shop. An acquaintance of Louise at the social club, perhaps one of her dance pupils, had asked her to get an autograph for his son Paul. I'm sure he was not alone in his request.

Louise was happy to oblige, enclosing a signed photograph. It's clear from her comments that as things started to happen for the group, she saw less and less of her son (which begs the question - were the autographs she enclosed the real deal or faked signatures?).

As Louise indicates, George had been away for some time. On 9 March 1963 the Beatles began a tour at the Granada Cinema in East Ham, supporting the American Stars Tommy Roe and Chris Montez. This tour started only six days after the conclusion of the previous one - their first ever nationwide tour - with Helen Shapiro, voted the Best British Female Singer in 1961 and 1962 as the headliner.

Starting out relatively low key, as the tour progressed it became obvious that it was the Beatles the audience had come to see and by the time it ended the group had been elevated on the bill from playing the opening spot to appearing as the final act in the first half.

Things happened even more quickly on the Tommy Roe / Chris Montez tour. On the first house of the first night the headliners were superseded by the Beatles, the first time an American act had been overtaken by a British group.  When this tour concluded on 31 March at Leicester De Monfort Hall things had started moving so quickly for the Beatles that any hopes Louise had of spending some time at home with George were dashed. 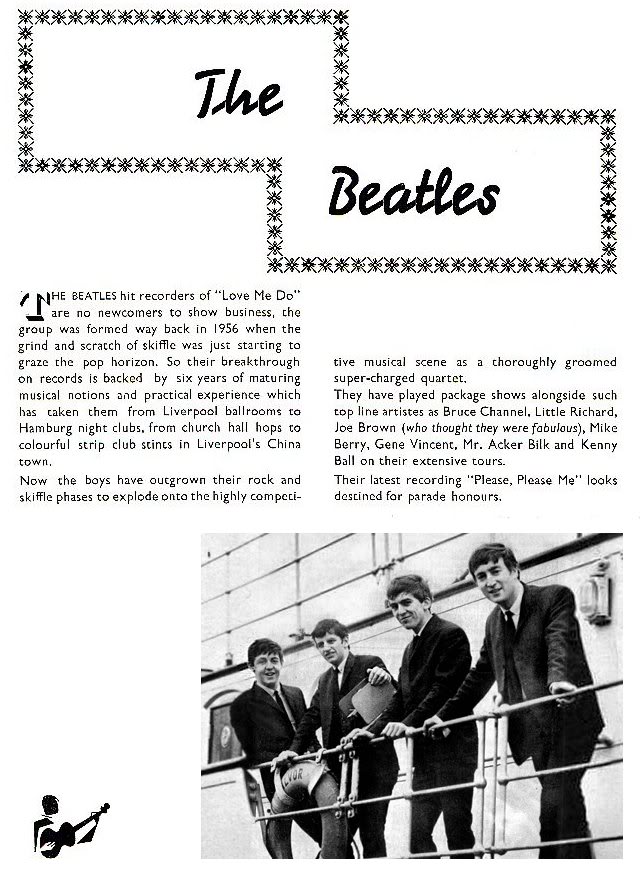 The Beatles' second single "Please, Please Me" reached the number one spot in the NME charts during the Shapiro tour and two days after that finished they were back in Abbey Road studios recording their third, "From Me To You". Released on 11 April the record leaped into the charts nine days later, reaching the number one spot on 4 May, a position it would retain for seven weeks. Such was the demand for the group now that their days off were becoming few and far between.

On the day Louise wrote her letter the Beatles were in a BBC recording studio in London taping a radio session for the Light Programme "Easy Beat" in front of a audience of enthusiastic teenagers. They'd spent Monday 1 April taping two editions of the Light Programme "Side By Side" and would record a third that Thursday. 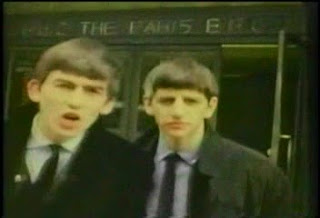 The resident act on "Side By Side" was the Karl Denver trio. Following the Thursday session, Denver's guitarist Kevin Neill filmed the Beatles outside the BBC Paris Studio on Regent Street.

As predicted in Louise's letter, the group did finally get some time off at the end of the month, Paul, George and Ringo flying to Santa Cruz in the Canary Islands on 28 April for 12 days (not weeks!) whilst John and Brian Epstein flew to Spain..... 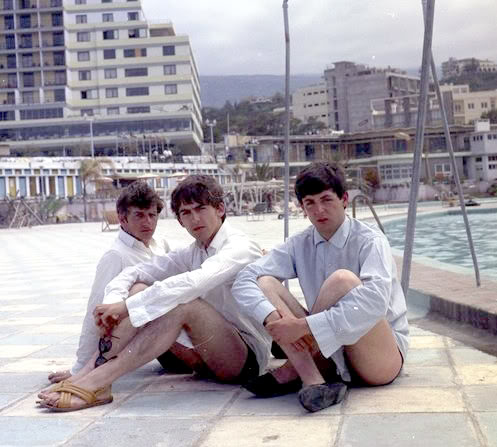