Liverpool Echo 6 July 2016: Is this one of the earliest photographs of Paul and Mike McCartney? 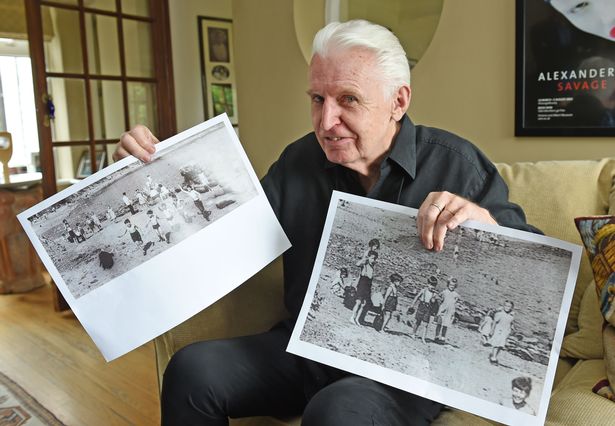 This very blog received a mention in today's Liverpool Echo as it ran a story on the Oglet shore photo that may, or may not include a young Paul and Mike McCartney in the background:

Self-confessed "Beatles anorak" Peter Hodgson, from Kirkby, says: “I came across the photo in an archived story on the ECHO website about Oglet Shore receiving money to tidy it up. The ECHO story said that the McCartneys and George Harrison had often visited the shore as children, so I decided to enlarge the photo and examine it".

A few days before he had been reading my post about Stanley Park in which I'd reproduced two family photos of Paul and Mike in the park circa 1947. The McCartney family moved to Speke that same year. Peter thought the boys on the beach looked remarkably similar.

"A couple of days previously, I had been on the blog of my friend, Mark Ashworth, and it featured childhood photos of Paul and Mike – and they were wearing braced up shorts".

The more Peter studied the photo the more convinced he was it was them.

“There’s absolutely no doubt in my mind that it’s them. Although they are not the focus of the photograph, Paul is facing the photographer – no doubt practising for what his destiny would bring – while Mike is looking out to the Mersey.

“What clinched it for me was the girl standing with Paul and Mike – she is wearing a white dress and has a white ribbon in her hair. I immediately remembered seeing a photograph of a young Paul sitting in his backyard in Speke, and next to him was a girl wearing a white dress and with a white ribbon in her hair. It’s got to be the girl on the beach with Paul and Mike!”

Peter decided to go to the Echo and try and get to the bottom of it. I told him that I'd first seen the photo in Ken Pye’s 2008 book Discover Liverpool, a Trinity Mirror publication so Peter duly informed his contact at the Echo who asked Ken what he thought. Ken replied “I can’t say whether it is Paul and Mike towards the back of the photograph, but I think that’s the charm of the story!”

Amazingly, the Echo decided that the only way they could solve the mystery was by asking one of the McCartney brothers for their opinion.
We showed the photograph to Mike McCartney, who told us: “I couldn’t say it is definitely us, but it might well be! 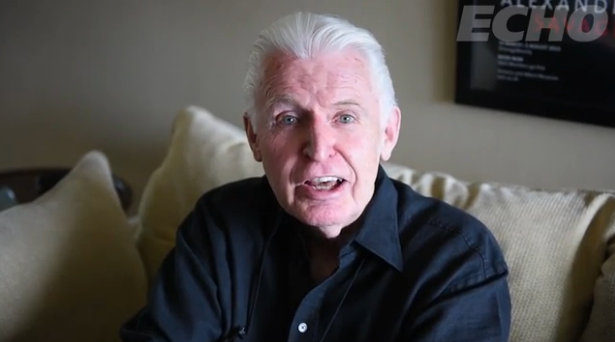 Mike also agreed to a filmed interview by the Echo's Paddy Shennan who had taken copies of the photo over to Mike's house on the Wirral. You can watch the video on the Echo's website - see the link at the foot of this post. In the meantime, this is what Mike had to say:

Mike: Here we are in our house and you won't believe this but Paddy and Carl have come all the way from Liverpool for the Liverpool Echo....echo...echo..... to ask me a question. What is that question Paddy Shennan?

Paddy Shennan: These two young boys in the picture we've shown you, could they be you, and your kid?
Mike: (looking at the photo) I don't know, I don't know. It's Oglet shore, Oggie shore, where we used to play, it's summer, it's absolute magic there.... we're in the background, somebody else is taking the picture so we're just photo-bombing and er... it's very.. we used to wear trousers like that. We used to have hair like that, there's a little girl next door (when we ) used to live in 72 Western Avenue that looked like that, (I've) gotta picture of her, so it could actually be us. 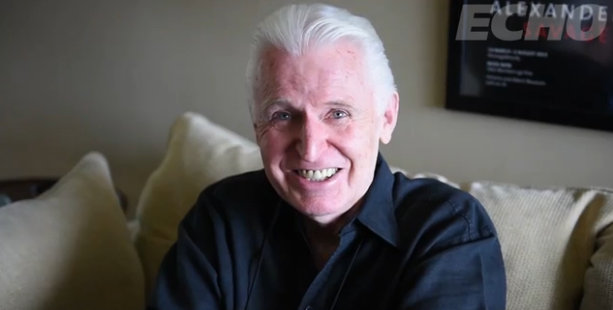 Mike: (smiling) I don't know. What we should do is ask the people of Liverpool (if) anyone (is) on this fab pic and go forward and see if they remember.. but it's lovely, what is great is seeing the picture in the beautiful clean river Mersey when we had something called summer. 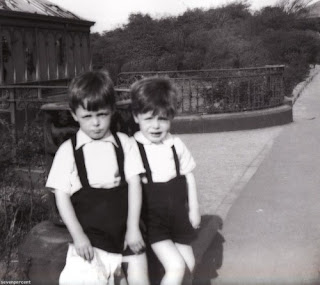 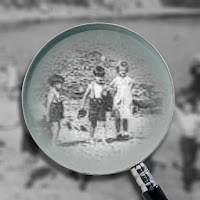 Off camera Mike said “I’d say there is a 50/50 chance it’s us. We did walk down to Oggie Shore a lot and, as for the clothes, my mum was a very proud woman and if those shorts with braces attached were worn by the young royals, then we should wear them! Our hair did look like that. And the height difference between the two boys looks right as our kid is 18 months older than me. There was a girl, whose name I can’t remember – she was our next door neighbour in Western Avenue, Speke (we were number 72, so she would have been 70 or 74). She was more our kid’s age, and she did look like the girl standing next to the boy in the photo who could be Paul. If it is us, then it must be one of the oldest photographs of us together that is in the public domain. But it is clear that we are not the focus of it – we’re in the background, so we’re very early photobombers!

It’s a fascinating story!”
It certainly is Mike. 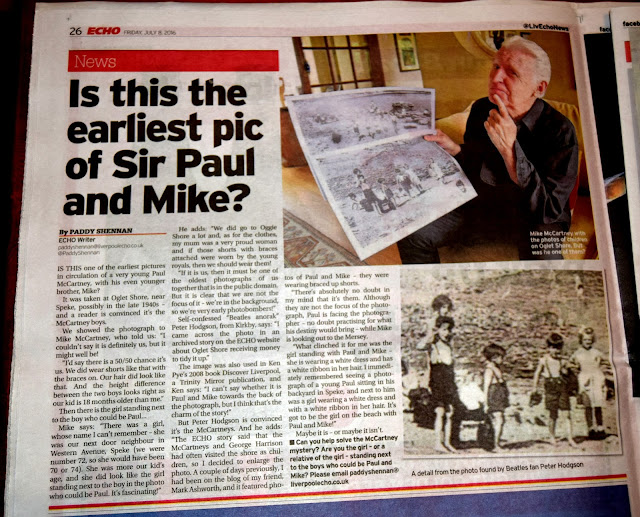