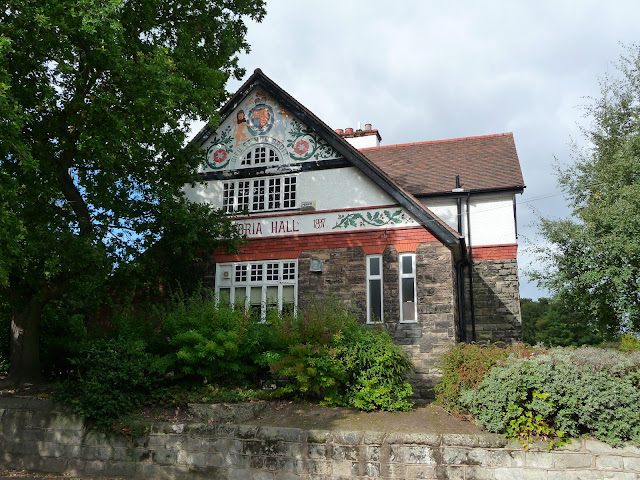 The foundation stone for Victoria Hall, Higher Bebington, was laid down in 1897, on land donated by Miss Catherine King for the purposes of building a hall to benefit the residents of Higher Bebington. Although Miss King had requested that it be referred to as the Village Hall the initial construction work coincided with the year of Queen Victoria’s diamond jubilee and, as the Village Road upper elevation frieze reveals, it became another in a long line of parks, monuments and halls found all over England named after her longest serving monarch. 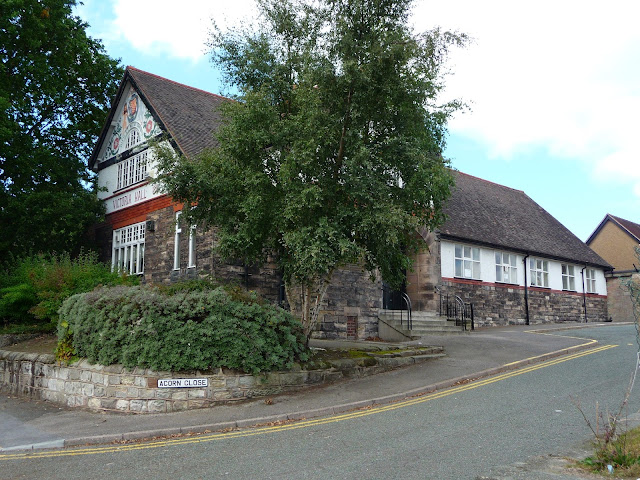 The Victoria Hall webpage provides some detail regarding the design and composition of the building:

The original hall is constructed of Storeton stone, a local sandstone quarried only a few hundred yards away at one of the Storeton quarries. The sandstone is of a pale creamy colour. The upper elevations are white rendered with intricately painted floral friezes to the top storey. The base and upper elevations are separated by red brick banding, under a series of red clay tile roofs.

Real thought was given to both the exterior and interior features of the building, providing a facility to enhance the lives of local people. The architectural style is similar to that seen in the work of Edward Ould, a local architect from the Liverpool firm of Grayson and Ould. Ould (1852 – 1909) is remembered for designing Wightwick Manor for Theodore Mander, a Wolverhampton paint and varnishes manufacturer, an Arts and Crafts Movement jewel in the National Trust’s crown. Edward Ould was considered to be a specialist of the ‘Old English’ style of half-timbering, clay tiles, stone and red brick.

The interior of the original building supports further the fact that Victoria Hall was constructed in the style of the Arts and Crafts Movement. The beamed ceiling of the large hall harks back to the timber framed constructions of the Medieval Period. The low dado rail or chair rail is a further architectural feature of the large hall. Such rails were added to prevent chairs from damaging the walls. The turned staircase in the entrance hall has balustrades and spindles which suggest the unpretentious architectural elements of the Arts and Crafts era. The delightful windows in the two storey part of the building of 1897 enhance its beauty, as well as adding to the inventory of features which suggest it is built in the style of the Arts and Crafts Movement. The late Victorian doors are constructed in simple tongue and groove style separated into two panels. Unfortunately, the metal furniture from each original door, which would have provided more clues, has ‘disappeared’

In 1953, the original building was extended to serve a growing community. This provided a further smaller hall under a clay tiled pitched roof. A lounge, kitchen, washroom facilities and entrance hall were added in a flat roofed extension to link the two halls. With some further renovation and remodelling in 2012 Victoria Hall is well on its way to returning to its former Victorian glory, although much cosier due to the fitting of double glazed windows/secondary glazing throughout the building.

Higher Bebington is fortunate to have such an architectural gem in its midst.

Sadly all of this was probably lost on the Beatles when they arrived here on the evening of Saturday 4 August 1962.

The previous evening they had made their debut at the famous Grafton Rooms on West Derby Road. Advertised as "A Holiday Spectacular" the Beatles were supported by Gerry and The Pacemakers and The Big Three in what was the first rock concert ever to be held at this large ballroom which had capacity for 1200 dancers.

By contrast the Bebington venue was so remote that few groups ever played there and initially even Brian Epstein didn't know how to find the hall. So little is known about the group's appearance here - there is absolutely nothing on-line about the show other than the confirmation that they played here - that one wonders whether anyone found the hall that evening.
The top five UK singles that Saturday are listed below. The Beatles are known to have performed at least three (1,4 and 5) on stage around this time and they may have featured in the set for Victoria Hall.

The UK Singles Chart that week:


They were probably relieved to return to familiar territory the following evening, playing at the Cavern with the Saints Jazz Band and the Swinging Blue Jeans. They certainly never played Victoria Hall again. The Beatles at the Majestic in Birkenhead 28 July 1962 a week before the Bebington appearance. Within a month Pete Best would be replaced by Ringo Starr. 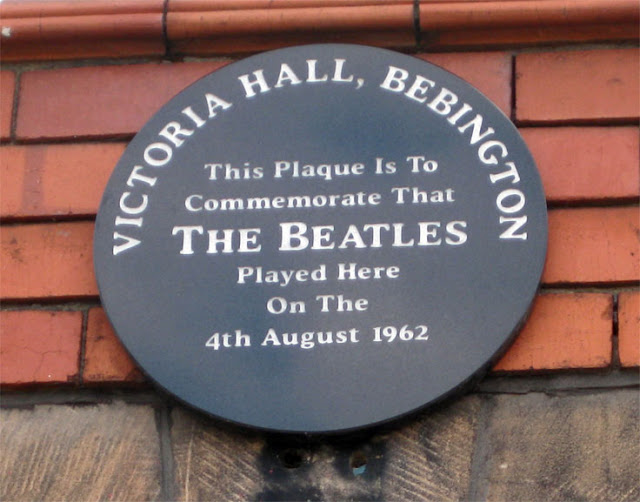 In common with most of the Wirral venues where the Beatles played Victoria Hall has a plaque commemorating the group's appearance on 4th August 1962. It can be found over the main door. 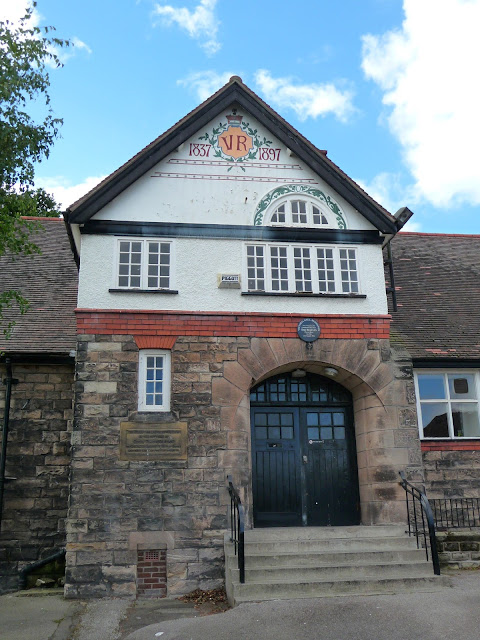 Parts of Bebington were probably quite familiar to Paul McCartney as some of his extended family lived in the area (his cousin Bett Robbins lived in Higher Bebington). Reportedly Paul was known to enjoy a glass of wine with them at the Travellers Rest public house, situated on the corner of Village Road and Rest Hill Road.

John Lennon too would also have known the area as his Aunt Anne ("Nanny") lived close by on Old Chester Road, Rockferry, about 1.5 miles from Victoria Hall. 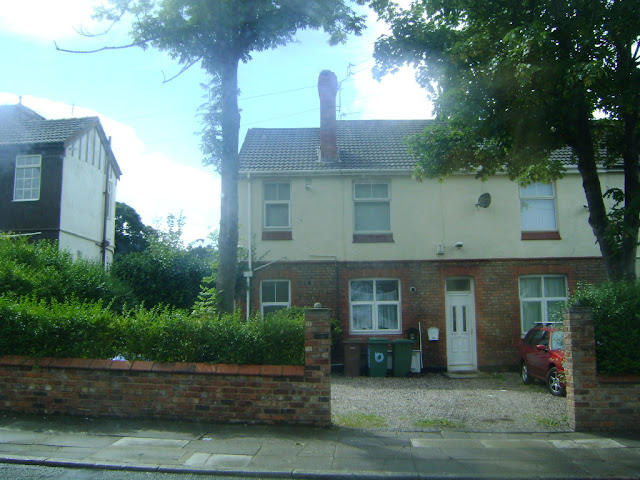 (Above) 486 Old Chester Road today, as viewed from the "front" (see below)

The only known picture of John with his mother Julia was taken in the garden of "Ardmore", Nanny's large Victorian house situated at 486 Old Chester Road during the summer of 1949.

The last of the Stanley sisters to marry, Nanny had already spent a lot of time at "Ardmore" when it belonged to her sister Mater, brother-in-law Charles Parkes and nephew Stanley. When she finally married Sidney Cadwallader they bought the house from them. Nanny was finally free of her overbearing father "Pop" Stanley.
Summer 1949 photographs: 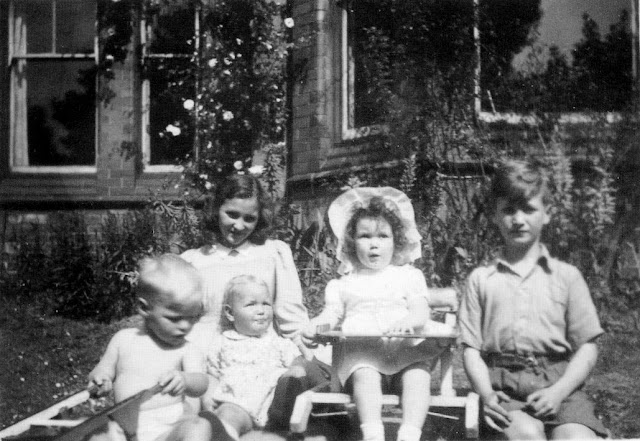 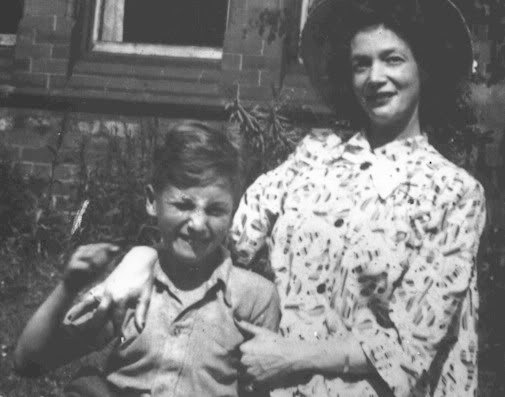 Julia (visibly pregnant with Jackie) tickling John. Sadly the only known photograph of John with his Mum.

Incidentally, the 1939 census says that George "Pop" Stanley and his wife Annie (John Lennon's grandparents) were living here with Charles and Mater. The other Stanley sisters Julia, Anne (Nanny) and Mary (Mimi) were all living at 9 Newcastle Road. Mimi would marry in September 1939 and move out soon after, making room for her parents to move in. Although I can't be 100% sure that she wasn't there, I think Mimi is conspicuous by her absence in these Summer 1949 photos. Perhaps that's why there's a photo of John with his Mum at this family get together. 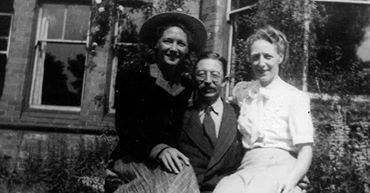 The photograph above recently turned up on a few Beatles web-sites. I was unclear which Lennon relatives these were, so who better to ask than somebody who was there when the photographs were taken, David Birch, John's cousin.


MA: Good morning David I hope you are well. I wonder if you could help me. This photograph has recently appeared on a number of Beatles' websites - one stating it's Uncle Norman with Harriet and Elizabeth. If this is the case would you mind confirming which lady is which? I know the photo was taken in Ardmore, probably the same time as the photos showing you with John, Julia, Liela etc (summer 1949?) I also know the house initially belonged to Mater and Charles Parkes and just wanted to check it's not Charles on the photo (or Sidney for that matter). Thanks for your help on this :)

DB: L to R. Harrie and Norman, and Anne Cadwallader aka 'Nanny'. 1949, taken at the same time as the other family photos at Ardmore. Nanny and her husband Sidney bought Ardmore from Mater and Charles Parkes. Not sure who took the photos, probably just passed the camera around.

Harrie and Norman were David's mum and dad. There was something else that bugged me about the photographs - the house itself. The front facing Old Chester Road looks nothing like these photographs. Why are there bay windows on the back but not the front? I asked David:


MA: Thanks for clarifying that David. It's funny but I was looking at that house on Google earth the other day and you wouldn't think it was the same house. The front looks nothing like the back. (No bay windows in the front).

DB: The house has lost much of its' grandeur over the years. These pictures are taken in what was once the huge 'front' garden which faces Egerton Park. The back door faced OCR.
So, bizarrely, that is why the house looks so much posher in the family photos. At some point the front of this house, and those of the adjacent properties, became the back. Now it's been pointed out it's obvious that the house once had a long front garden overlooking Egerton Park. That's where the "Stanley" children were all sat that summer day in 1949. 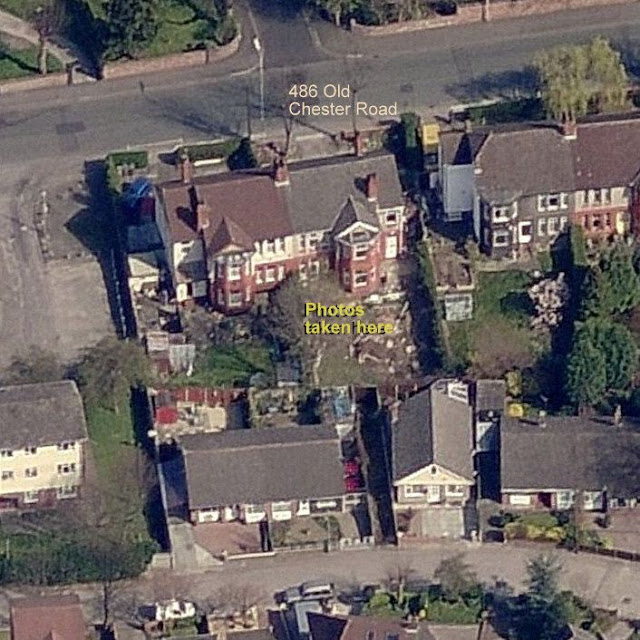 Nanny and her neighbours would later sell half of their gardens to a property developer and bungalow were built on the land (and are still there in Egerton Park today visible in the foreground on the above photo). 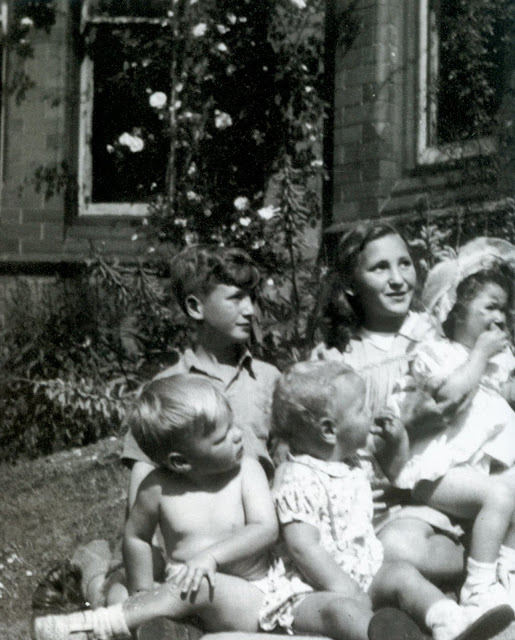 * from Ian Forsyth's The Beatles Merseyside (1991)

Victoria Hall is well used by many local groups.  Dance, in a variety of forms, for tinies through to adults, is provided by a local dance school on a number of days. Photography, Zumba, Dru Yoga and Meditation are new additions to courses offered. Wirral 3Ls choirs and other activities are to be found here, as are local societies. It is a favourite venue for parties, other private functions and charity events.

How to find Ardmore from Victoria Hall:

Head from Acorn Close turning Left onto Village Road and immediately left onto King's Road. At the roundabout take the 3rd exit onto Kings Lane. Continue for about 1 mile onto Old Chester Road (B5149).  About a quarter of a mile along on the left is number 486.

Big Thanks to David Birch (and others who shall remain an omnibus)
at July 21, 2016