It's been a funny old week.

Some of you older readers may remember a post from last Saturday called "Up On The Roof" (other titles I considered "The Rooftop Show", "Watching The Detectives") about the discovery of a Police recruitment film which includes footage shot on the training field of Mather Avenue police station, adjacent to the rear of Paul McCartney's house in Forthlin Road.

Rather than regurgitate it all again - after all it's the post directly before this one, all you have to do is scroll down the page with your mouse, or finger (if you're under 30) - Peter Hodgson spotted what we believe are Paul and his brother Michael McCartney sitting on the roof of their outside toilet in the back garden of their house, watching the show. If this is correct, it would make the police film the oldest footage in existence of at least one of the Beatles.
I say at least one because when Peter got in touch with the Liverpool Echo, they went straight to Mike McCartney and showed him the film. He got very excited:

Yep, Mike's revelation that John and possibly George were up there as well led to this story in the Liverpool Echo on Wednesday 7 March. 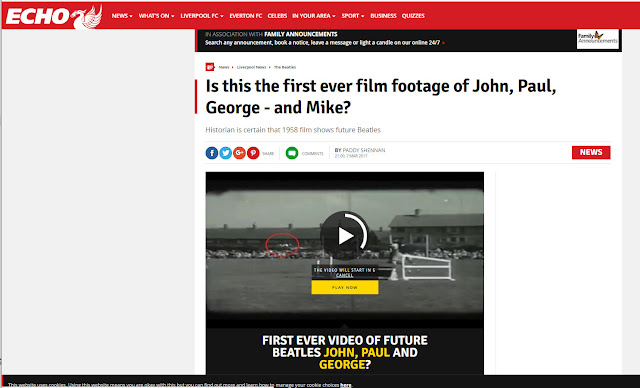 24 hours later it was in a national UK newspaper, The Daily Mirror: 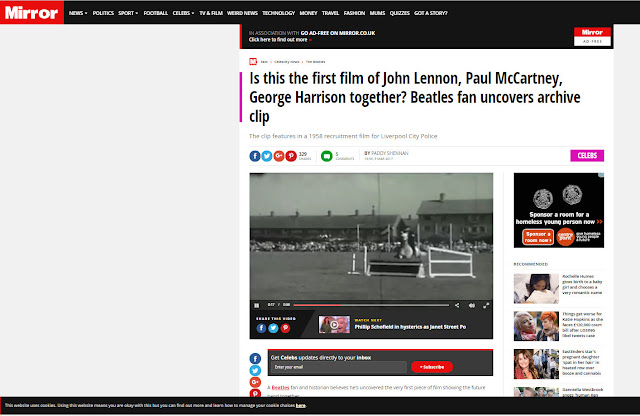 ...and Billboard in the USA!

Of course, not everyone has been impressed, as witnessed on Roger Stormo's blog The Daily Beatle:

That last comment from Pooper was typical of some of the more negative views. I think one has to remember that when Mike was "looking" at the footage he was actually recalling it from memory. Questioning his eyesight isn't really the issue here. The point is, Peter had found something nobody else had even thought about looking for until now.

As an aside, in my last post I quoted Barry Miles in "Many Years From Now" writing "Paul and his brother would watch them training horses, knocking pegs out of the ground with lances just as they had done in the British Raj", which, by pure co-incidence, is the exact thing that we see on the police film, literally two seconds before the footage goes into the scene where the back of the McCartney's house is visible. I'm impressed with Paul's memory. 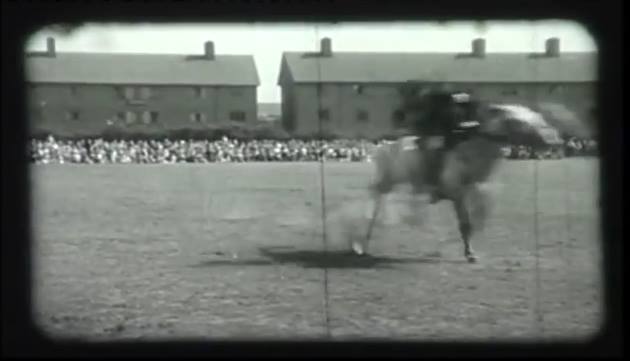 And by Friday it had even reached the main man's official forum,
which, I'm reliably informed he reads on his I-Pad every night before bed: 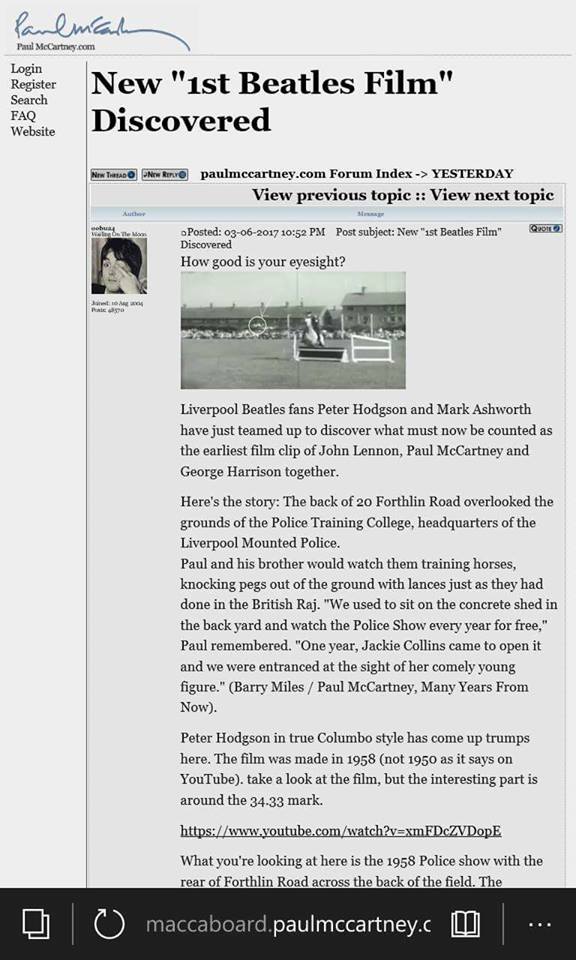 It's been interesting to see how a story (or non-story depending on your point of view) spreads from a local newspaper to the other other side of the world. The original Echo piece was lifted for the Daily Mirror (part of the same newsgroup) while the article in Billboard and the Hollywood Reporter was a mixture of the Echo and my original blog. The story as told on Paul's forum was a straight copy from Roger's blog.

What's amused me is how each publication has chosen to illustrate the story using unrelated photos of the Beatles. And who writes the captions? The Daily Mirror had one photo informatively captioned "The Beatles as a four-piece". Just in case anybody was wondering why Billy Preston wasn't in the photo.

While caption writers for national newspapers struggle to do the bare minimum of research our small band our blue badge guides, fans and local "historians" (cough) have dug a bit deeper and we now think we have an alternative date for the film. 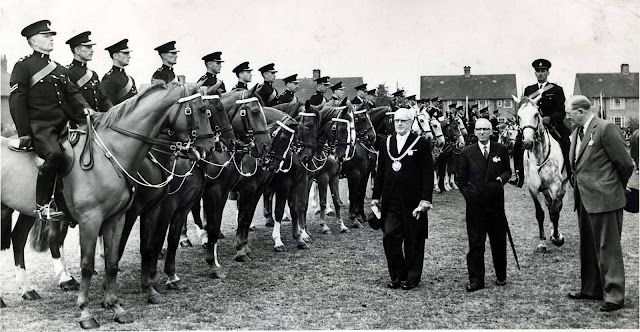 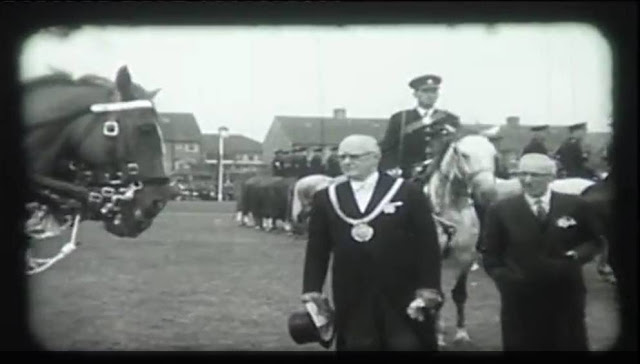 By identifying the Lord Mayor, Jackie Spencer (no, that's not the name of the Lord Mayor - at least not yet) has found that he (Frank Cain, the Lord Mayor) was in office from around May 1957 to May 1958. Cain launched the 750th birthday celebrations in Liverpool in 1957 and you may recall that John and the Quarry Men played Rosebery Street in Liverpool 8 as part of the festivities that June. 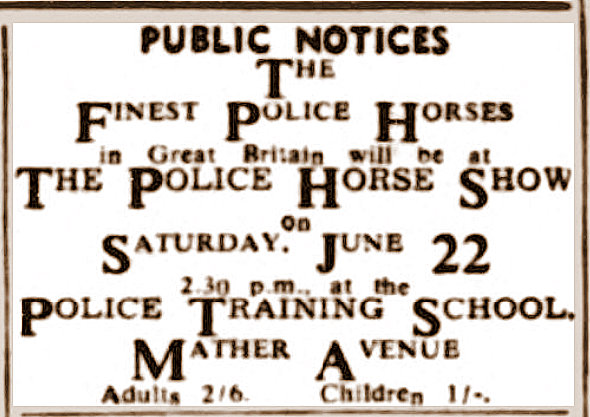 The Liverpool Echo advertisement for the 1957 police show. Note the date.
Taking the above into account Jackie thinks the film is almost certainly from  the 22 June 1957 police show, approximately three weeks before Lennon met McCartney at the St. Peters Summer fete and, co-incidentally the very day when John was performing with the Quarry Men in Rosebery Street.
We agree with Jackie's detective work. Although the finished film is dated 1958 we now accept that the footage was recorded at the 1957 show and therefore, contrary to previous reports, John is unlikely to be up there.
At least it's still safe to say that Paul and Mike are up there, and George was friends with the McCartneys by 1957 so who knows. It's still a cool find though!
Of course this dating also means that Paul was unlikely to have been in the crowd at Rosebery Street watching the Quarry Men (before he met them) contrary to what some would have you believe. 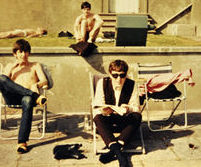 The Beatles, some deckchairs and a concrete shed type structure, similar to those described in Mike McCartney's interview.
The final shot of the film is this, a policeman stood in front of the Liver Buildings. 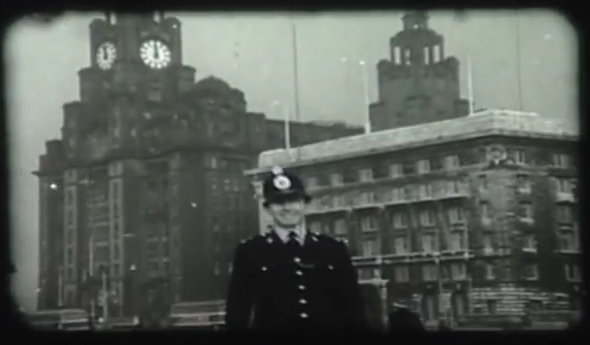 A good place to site a statue, don't you think? 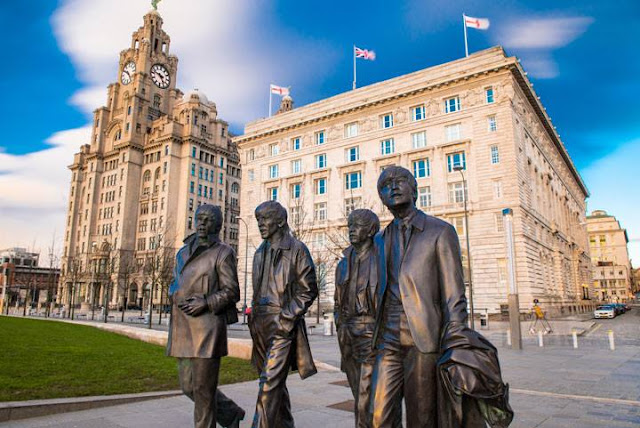 To soften the crushing blow of John's absence from that  toilet roof we can at least console ourselves in the knowledge that the police dogs in the film are almost certainly the actual police dogs who took part in the actual Woolton village fete in 1957.