Is this the first ever film footage of John, Paul, George - and Mike? Could this be the first piece of film showing future Beatles Paul McCartney, John Lennon and George Harrison, along with Paul’s brother, Mike McCartney?
They are on screen for just a couple of seconds – and you can’t make out the tiny figures in the distance – but local historian and Fab Four fan Peter Hodgson, from Kirkby, believes a Liverpool City Police recruitment film from 1958 contains a world first. 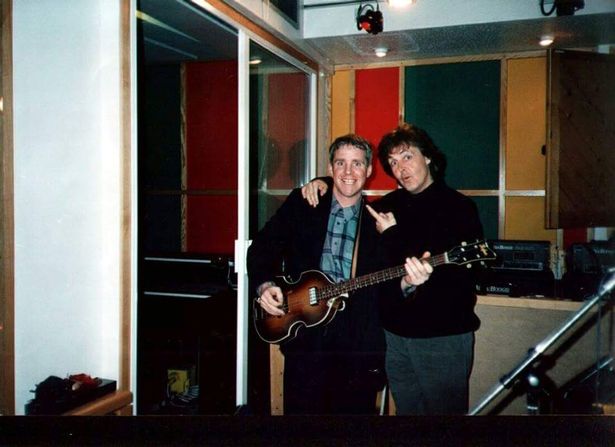 Peter Hodgson from Kirkby, pictured with Paul McCartney from Speke in 1995 (Photo: handout)

Peter says: “The film is called Service. The version I found that had been posted on YouTube is dated 1950 but after doing a bit of digging I discovered it was actually made in 1958. The McCartneys’ then home, in Forthlin Road, backed onto the police training centre – and the centre’s annual summer show is featured on the film.

“You can see four or five people in the distance watching the action from on top of the concrete shed in the back garden of 20 Forthlin Road, where Paul and Mike lived.” 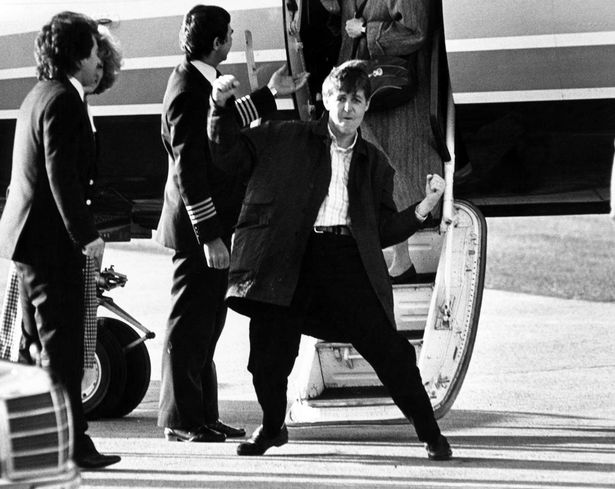 In the biography, Paul McCartney: Many Years From Now, Barry Miles writes: “The back of the house overlooked the grounds of the Police Training College, headquarters of the Liverpool Mounted Police. Paul and his brother would watch them training horses, knocking pegs out of the ground with lances just as they had done in the British Raj.”

And Paul told him: “We used to sit on the concrete shed in the back yard and watch the Police Show every year for free.”

After we showed him the film, Mike McCartney told the ECHO: “Wow! That could definitely be us. It was a really big occasion in Liverpool and that’s what we used to do every summer – take deckchairs and climb onto the concrete shed and watch a free show. And I think there is every chance John would have been there that year – absolutely. His friend, Pete Shotton, was a police cadet. And George could easily have been there, too. It’s bloody mad – absolutely fascinating and unbelievable!”

Peter Hodgson says: “I love watching old films about Liverpool on You Tube and I made the connection with Forthlin Road when I saw the Mather Avenue police show footage. Then I worked out which house was the McCartneys’ and thought ‘Bingo!’ I nearly fell off my chair when I saw it. I consulted two local experts, Blue Badge tour guide Jackie Spencer and historian Mark Ashworth – and then I found the information on a Merseyside Police website which confirmed it was 1958.
“I have also been in touch with author Mark Lewisohn, regarded as one of the world’s leading authorities on the Beatles, and he emailed back to say ‘What a find!’” 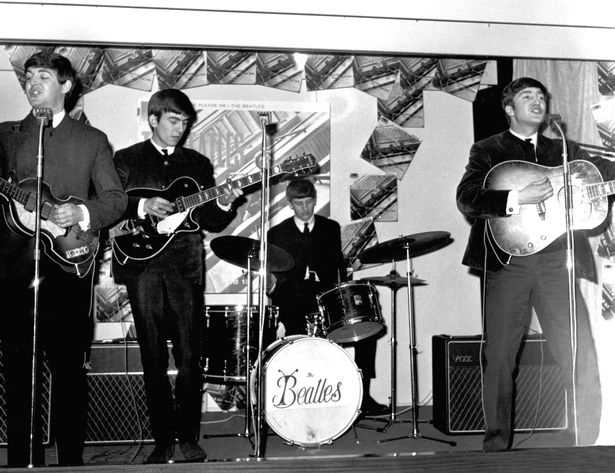 Link to the Echo's webpage: