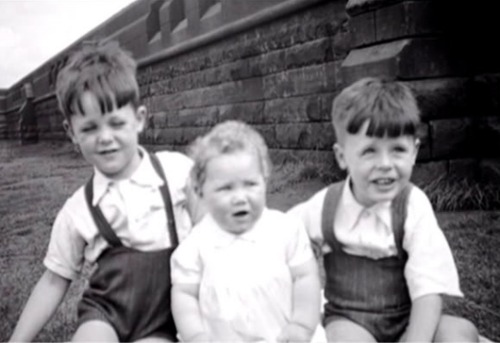 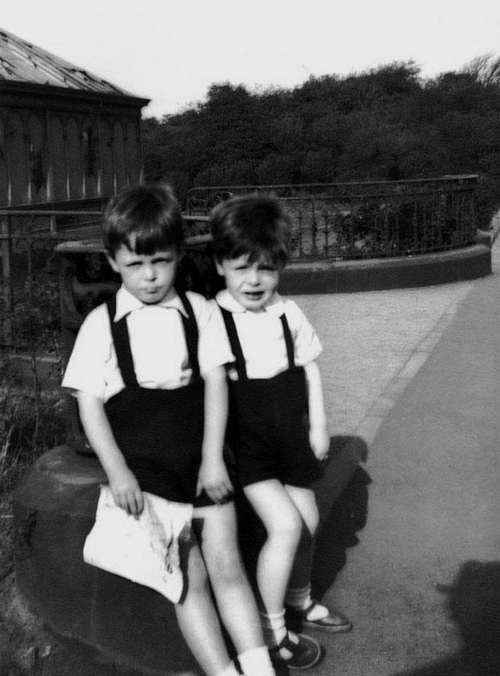 Imagine my delight the other Sunday when, out of the blue Paul McCartney posted this beautiful photo on his Facebook page for Mother's Day. 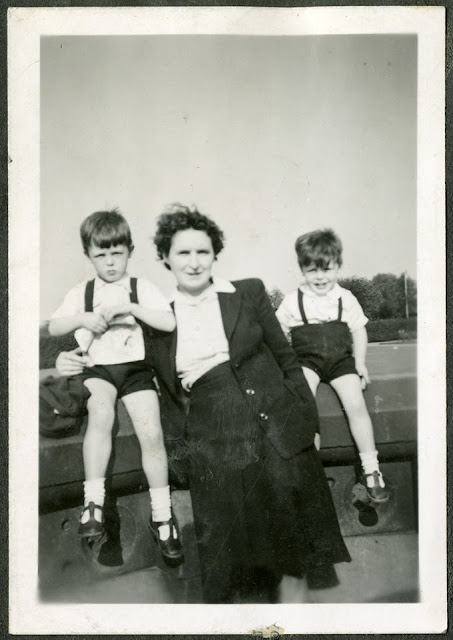 It shows himself, Mike and their mother Mary on a family day out in Stanley Park, circa 1947 and to my knowledge has never previously been published. The photo was taken on the terrace, above the wall Paul and Mike are sitting in front of in the other picture with the baby.

The 'new' photo was likely taken on the wall in the extreme left of the photo below. I'm  comparing the circular designs on the brickwork with those behind Paul and Mike's feet. Admittedly there are several similar spots further along the wall (to the left of the benches). 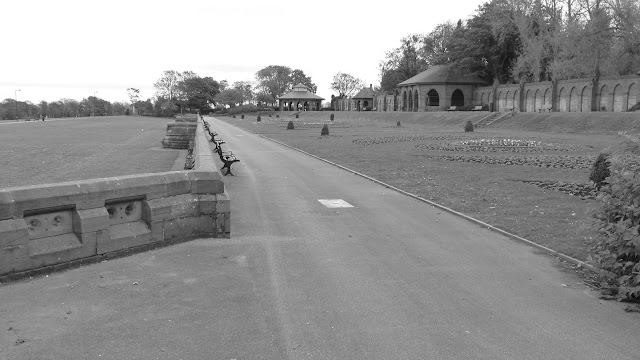 Aerial view of the terrace wall showing the 'turrets', one of which was the setting for the new photo. 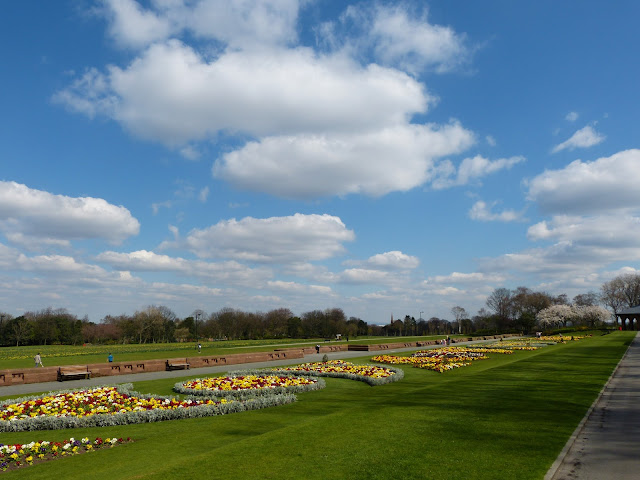 A colour photograph of the same spot, looking towards Goodison Park.

I speculated in my earlier post and, having studied the original two photographs again, I'm now certain that they are from two different visits.

On the photo with the baby, Mike, and possibly Paul, looks to have had a short back and sides haircut.

On the photograph next to the glasshouse, with Jim McCartney's silhouette in the bottom right corner, their hair is longer and Mike is wearing a different shirt with more rounded collars. These collars, and haircuts match the new photo with Mary, as does Paul's face. To me it looks like he's got a bit of a gob-on!*

What's lovely about these photographs is the clear illustration they give that the McCartneys were a family who did things together when they had a day off, both Jim and Mary actively taking part in their sons' upbringing, which for me is the way it should be.

It also draws attention to something that hadn't occurred to me before - that Paul might be in possession of a number of childhood photographs Mike doesn't have (If we are to assume that Mike has published everything he still owns in his books).

Thank you Paul for choosing Mother's Day to share with the world what must be a very precious photograph. I hope looking at it brings back lots of happy memories for you.

* gob-on,  Scouse for being angry about something ,having a sulky face.

The three McCartney family photographs are (c) Paul and Michael McCartney.
at March 22, 2018