The Daily Beatle: New source for "It's The Beatles"

The Daily Beatle: New source for "It's The Beatles": 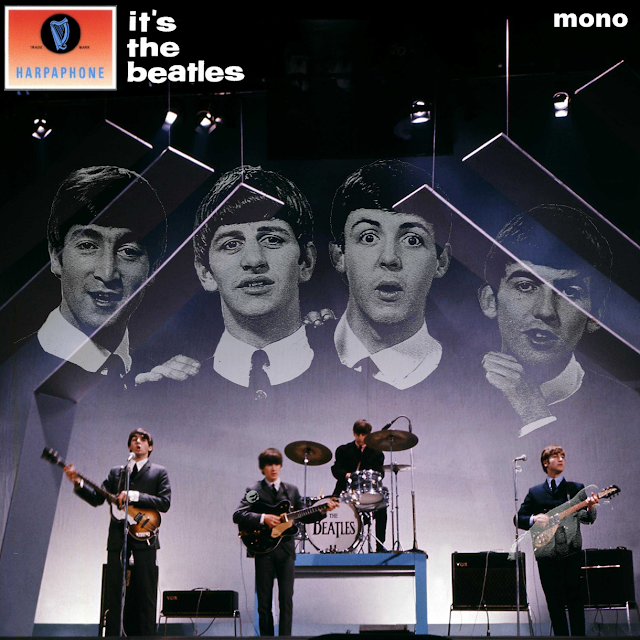 Last week, someone uploaded to Soundcloud his own audio tape recording of the televised concert "It's the Beatles", which was filmed at the Empire Theatre in Liverpool December 7, 1963.The Beatles Bible: The performance took place in front of 2,500 members of The Beatles' Northern Area Fan Club, between 3.45 and 4.30pm. It was filmed in its entirety by the BBC, and 30 minutes were broadcast that evening from 8.10pm to 8.40pm during a special programme entitled It's The Beatles.
The group played a short version of From Me To You, followed by I Saw Her Standing There, All My Loving, Roll Over Beethoven, Boys, Till There Was You, She Loves You, This Boy, I Want To Hold Your Hand, Money (That's What I Want), Twist And Shout, and another version of From Me To You.Technical problems and lack of rehearsal times meant the sound balance for the concert recording was sub-standard. Both The Beatles and senior figures at the BBC later expressed concern at the often embarrassing nature of the footage, which included the absence of Ringo vocals during Boys and the director focusing on the wrong members of the group during key moments.As we know, this particular video tape was later used by the BBC to train video editors in the technique of cutting and splicing, resulting in only four songs having survived.Still, the (mostly) complete audio has survived, so far three sources have been known, but the new upload has proven to be the fourth and best of the crop, so far.The uploader recorded the audio from the TV by wiring a tape recorder to the TV speaker. This is very dangerous. TVs had what was called a "hot chassis" in 1963, so poking around inside a TV set gave you about a 50-50 chance of electrocution.Upon learning that bootleggers would probably use the recording for profit, the uploader deleted his Soundcloud file, but fortunately for Beatles historians and collectors, it was up there long enough for it to make it to some of these collectors.The 70s vinyl boot "December 1963" featured the debut appearance of this concert - in terrible quality! Recorded six feet away from the tv set by a guy holding a mic. It came with bonus sounds of the family having dinner in the background.
Then nothing happened until the mid 2000s and someone uploaded a version to YouTube. It was a line recording, but was plagued by speed problems, phasing and loud clicks and YouTube's at the time terrible audio quality. This was later released on the bootleg label Unicorn.A few years later another line recording was unearthed, this one better quality but incomplete and missing all the verbal introductions plus three songs. It was released on bootleg called "The Beatles BBC Archives: BBC Beatles Night", which was freely shared on the internet.Now we have this version, which is far and away the best one so far. It's a line recording, and is complete from start to finish, including the announcer continuity at the end!Like I said, the recording was downloaded before it was deleted, and enthusiasts in the Beatles audio recordings community have been able to clean it up. This process has included speed correction (using the surviving video as reference), stereo playback head azimuth digitally corrected and recording then folded down to mono (recording was originally mono but played back on a stereo machine), mains hum removed, equalised for sharpening a somewhat dull sound, and bursts of static interference replaced with previous version of the same concert.The result has been shared on a few internet Beatles forums for free, and not - as the original taper and uploader feared - for profit. But as you probably suspect already, somewhere down the line, some bootlegger will find this and release it for profit, no doubt.Unfortunately, the BBC are not paying any finder's fees for unearthing recordings they used to have but which they have deleted in the past. And if you should have or find rare Beatles recordings and donate them to Apple or the BBC or whatever, you can never be sure if they are ever going to use or release them in some form. This means that if you really want other Beatles fans to hear or see what you have, it's best to share it on the internet - even if this means that some bugger is going to press discs and make money from it.