Back in November 2015 I wrote a piece on John and Yoko's summer 1969 visit to Liverpool.

To briefly recap, they were en-route to Scotland for a holiday and decided to break the long journey by staying a couple of nights in Liverpool.

The stop-over gave John the opportunity to introduce Yoko to his maternal family. In turn they got the chance to reconnect with their great-nephew - John's son Julian - who was along for the ride with Yoko's daughter Kyoko.

Three of the following four photographs below were included in my earlier post. The third photo was not. This picture of John about to put his suitcase in the boot of the Austin Maxi on the driveway of 137 Gateacre Park Drive has only surfaced now.

It's a great view of an area very familiar to me now, taken probably only a year or so after the houses were built. 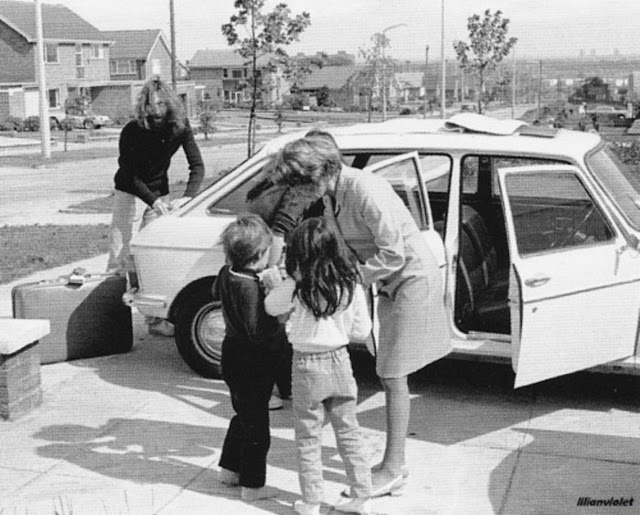 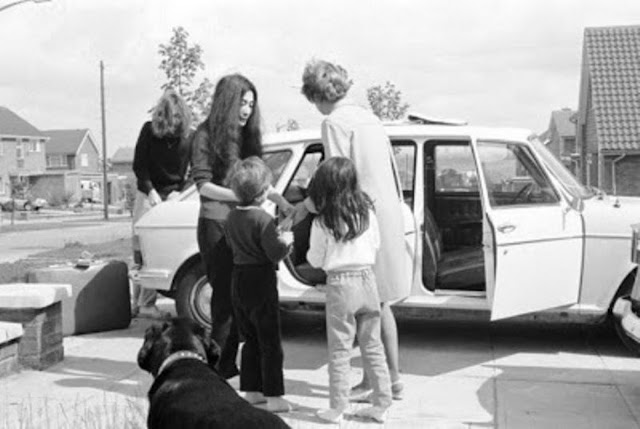 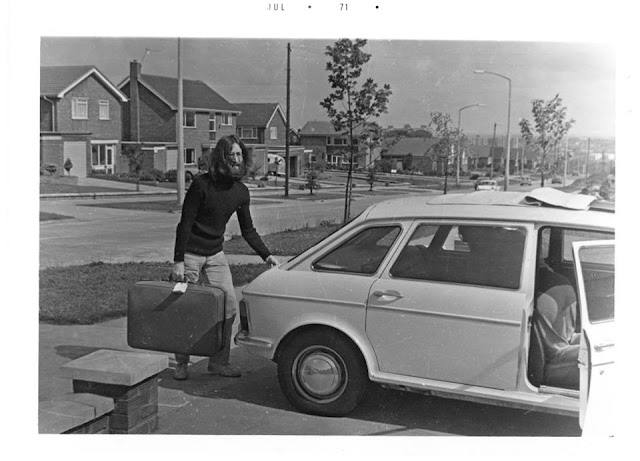 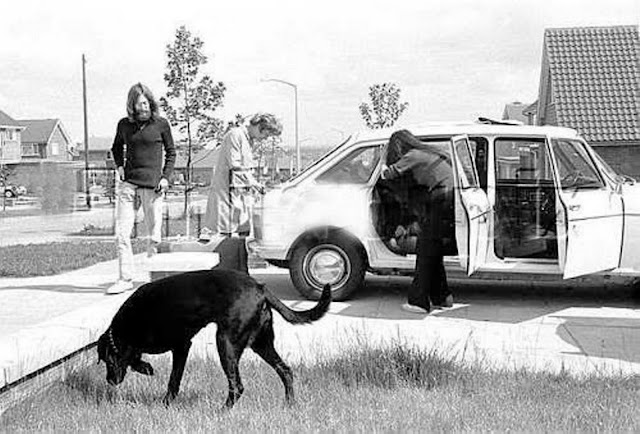 I've taken advice from John's cousin David Birch about the circumstances behind the photos. David think's the photographer was Norman (David's dad) and they were taken just as John, Yoko and co were leaving for Scotland.

The lady in the photograph is of course Harriet, David's mum who looks to be giving the children a little something for the journey.

The dog was called Sophie.