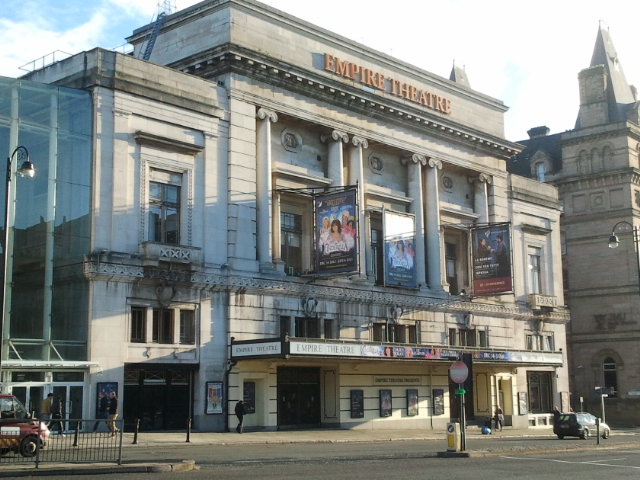 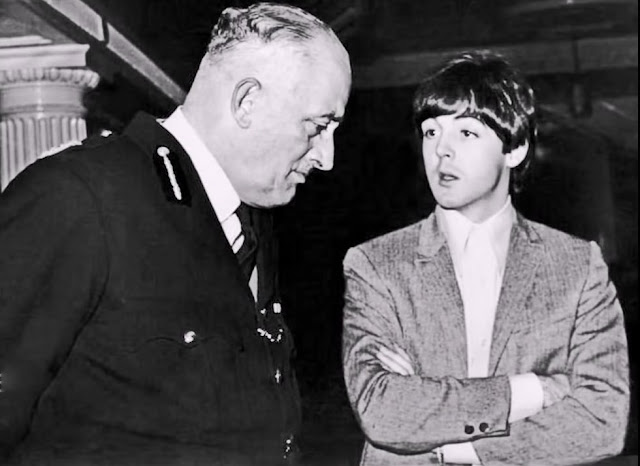 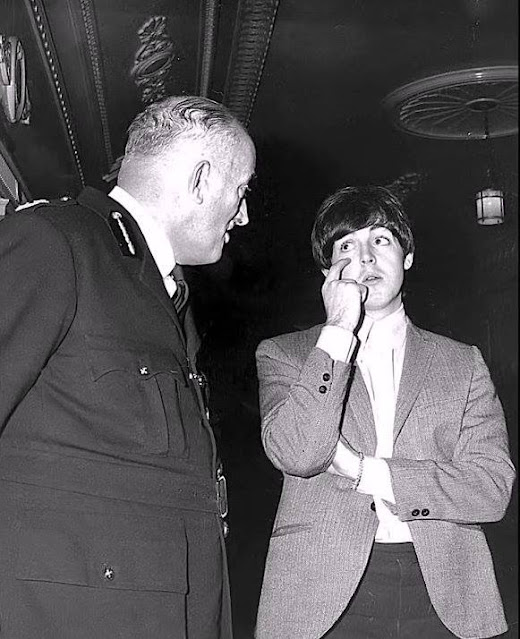 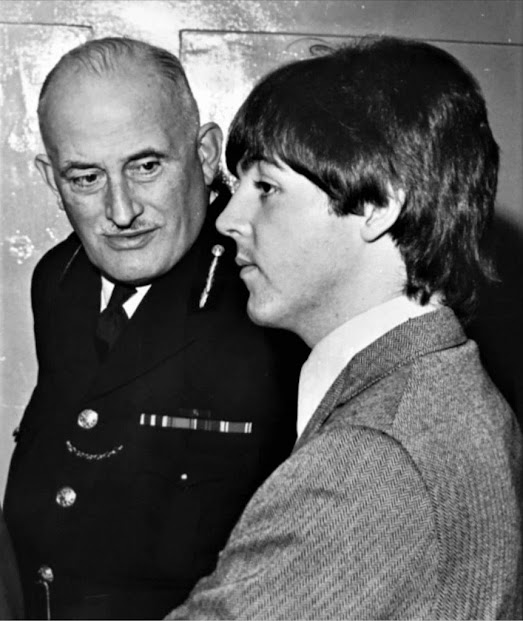 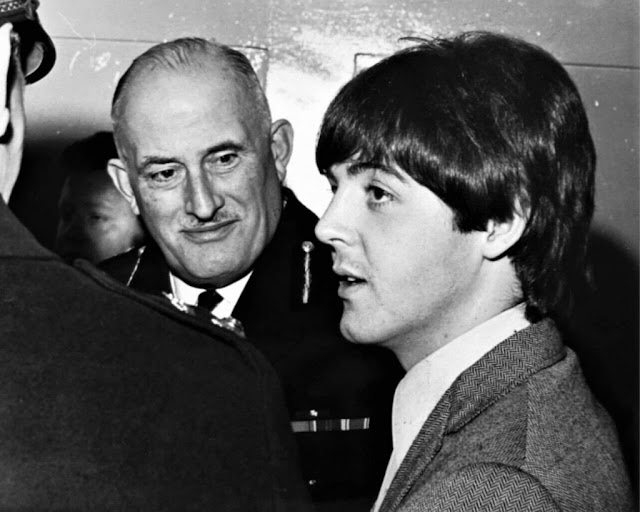 Here are a couple more photos taken on the day of that appearance (8 November 1964). Paul making polite conversation with Joseph Wright Teesdale Smith, the Chief Constable of Liverpool before the Beatles' performance.
The other three were presumably as far away as they could get. 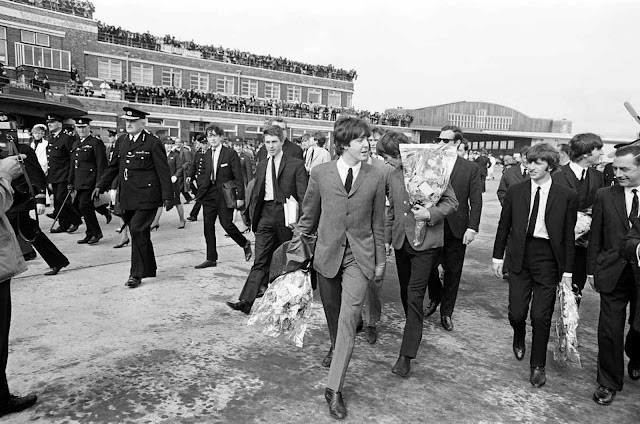 Liverpool Airport, Speke, 10 July 1964. The Beatles arrive for the Northern Premiere of 'A Hard Day's Night'. Note the imposing figure of Chief Constable Teesdale Smith to the left of Derek Taylor.  A home visit from the Beatles demanded the presence of the top man.
at May 10, 2021