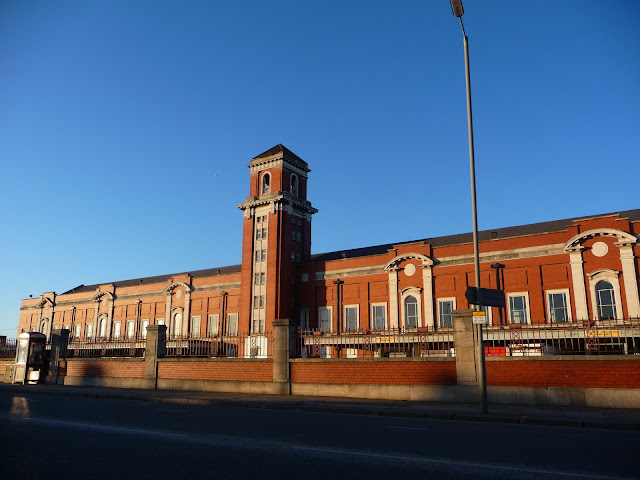 There had been a market for livestock in the Old Swan area since 1830. Stanley Market was on a main corporation tram route, Prescot Road being the main road from Liverpool to the manufacturing districts of East Lancashire and Yorkshire. The site was acquired by Liverpool Corporation in 1901 and a new building for livestock and an abattoir costing £670,000 was opened by the Earl of Derby on 14 September 1931.

The largest meat market in Britain had a social club attached to the massive premises which catered for the staff of the huge slaughter house, their families and friends. At a time when they probably knew as much about vegetarianism as Transcendental Meditation the Quarry Men appeared here in a somewhat unusual engagement arranged by their mate / "manager" Nigel Walley. The Quarry Men were booked for a Saturday night dance on 16 November 1957, playing (as they regularly seemed to do during their formative years) on either side of the interval.


It is reported that their allegedly “cacophonous” performances were not well received and they were not re-booked. It seems they had spent some time calming their nerves in the nearby Cattle Market Public House which resulted in one or two band members being a little "worse for wear". (see also Finch Lane L.C.P.T). 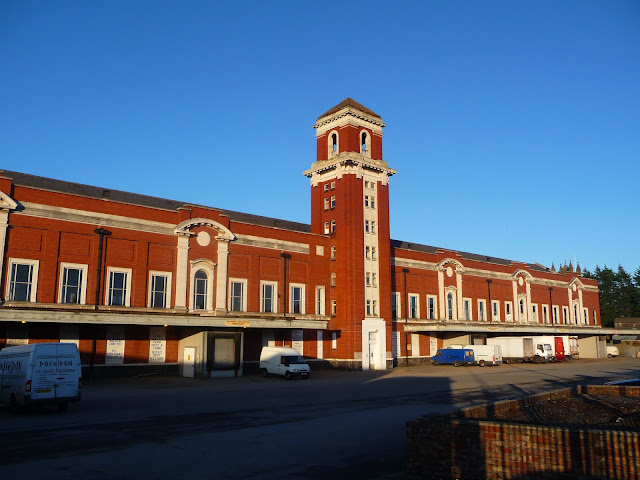 At the time the area would have been quite unfamiliar to them being several miles and several buses away from their homes in South Liverpool. Within a few years however they were making regular appearances at St John’s Hall in Tuebrook, little over a mile away down Green Lane and hanging out at the home of Al Caldwell (Rory Storm) in nearby Broad Green. 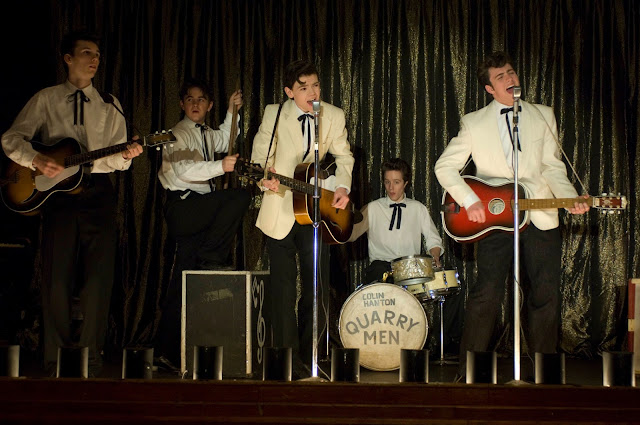 A still from the film "Nowhere Boy" showing how the Quarry Men would have looked at the time of their appearance at Stanley Abattoir. 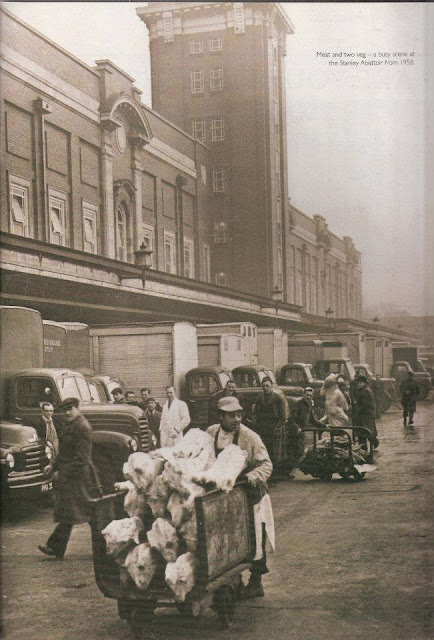 Between 1956 and 1958 a serious outbreak of foot-and-mouth disease spread across the United Kingdom, peaking in 1957 when 20 counties in England and Wales, mostly in the North-West, were affected. Over 30,000 animals were slaughtered as a result.

On 28 December 1957, just over a month after the Quarry Men appeared, the abattoir was shut down after foot-and-mouth disease was found in cattle waiting to be slaughtered. Inspectors from the Ministry of Agriculture were called in when eight suspected cases were found in carcasses. The Inspectors subsequently found 10 more cases in live cattle at the abattoir.

After being given the all-clear the abattoir re-opened on 2 January 1958 and operated until 1971. 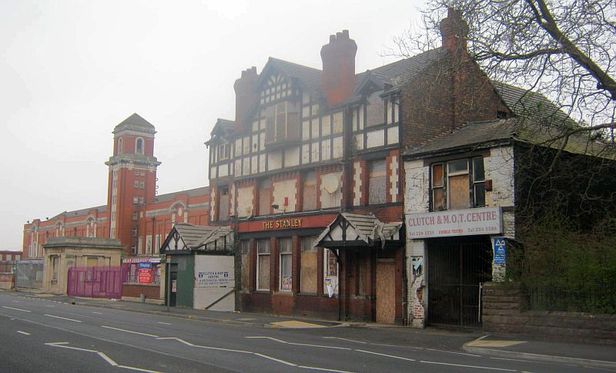 The Abattoir looms in the background of the former Stanley Public House which now stands forlornly on Prescot Road. 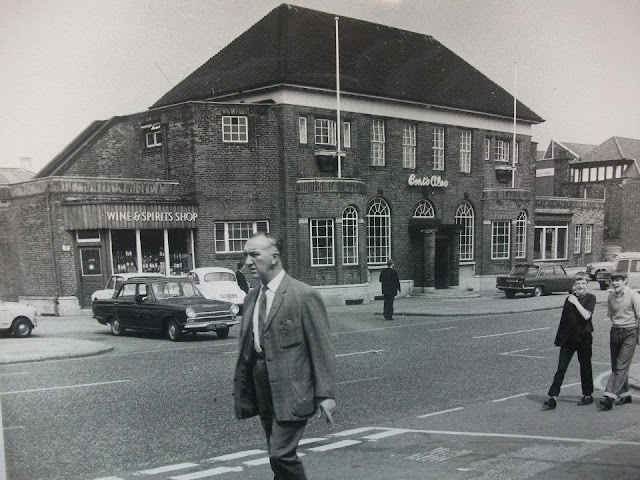 Another public house on the same street. Completed in the same year as the abattoir, the Cattle Market at 329 Prescot Road was visited by the Quarry Men prior to their engagement. The pub has since been demolished. (Photo courtesy of Ged Fagan, 3.8.70). 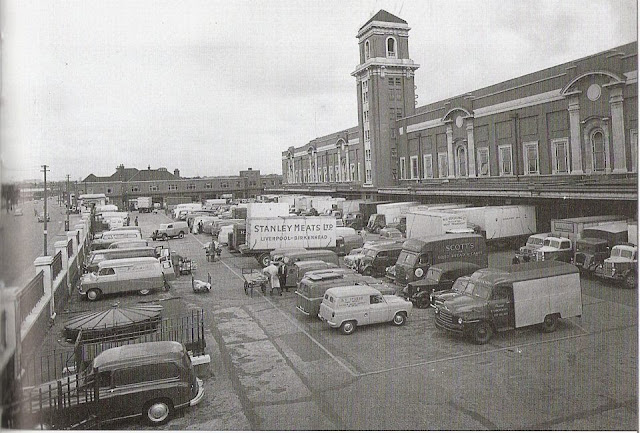 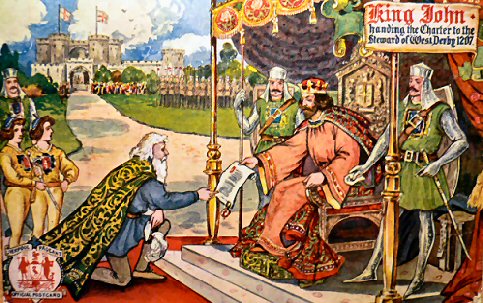 Most historians today would argue that King John was one of England's most unsuccessful monarchs. However, for us Scousers there was at least one significant achievement during his reign. He founded the borough of Liverpool.....

Prince John was born on 24 December 1167. As the youngest of five sons of King Henry II of England and Eleanor of Aquitaine, he was not expected to inherit land of any significance from his father and he was certainly not expected to become a future monarch. However, fate intervened and following a failed rebellion by his elder brothers between 1173 and 1174 John became King Henry's favourite son. He was appointed the Lord of Ireland in 1177 and given lands in England and on the continent. William, Henry and Geoffrey, John's eldest brothers, all died young and by the time Richard I became king in 1189, John was placed as a potential heir to the throne.

John unsuccessfully attempted a rebellion against Richard's royal administrators whilst his brother was participating in the Third Crusade. This period has of course provided the backdrop to a great many dramatisations of the "Robin Hood" story with John cast as the principal villain of the piece. Despite his treachery, Richard appears to have looked upon his younger brother as little more than a yapping puppy and forgave him. When Richard was killed in 1199, John was proclaimed king of England.

John had inherited the Princedom of Ireland from his father. When news reached him that the Norman barons were encroaching on some the Irish kingdoms and causing trouble King John decided he would visit Ireland and exert his authority over them as his father had done before him. To do this John needed a suitable port on the west coast from which to embark.

In 1207, during a tour of the country he arrived at Liverpool, a fishing hamlet which he had gifted at the beginning of his reign to Henry Fitzwardin of Lancaster. With Ireland on his mind John now paid more attention to the sheltered pool leading into the wide Mersey estuary and realised that it was the perfect place to establish a port.
John asked Fitzwardin to exchange the town for other lands. It was an offer Fitzwardin could literally not refuse. John became the Lord of Liverpool soon afterwards. On 28th August 1207 he issued an invitation to settlers to come and live in his new port, in return for which he would give them the privileges enjoyed by the inhabitants of a royal borough on the sea. This meant that "Liverpul" as it was named in King John's charter, was now a part of the country where things could be bought and sold. 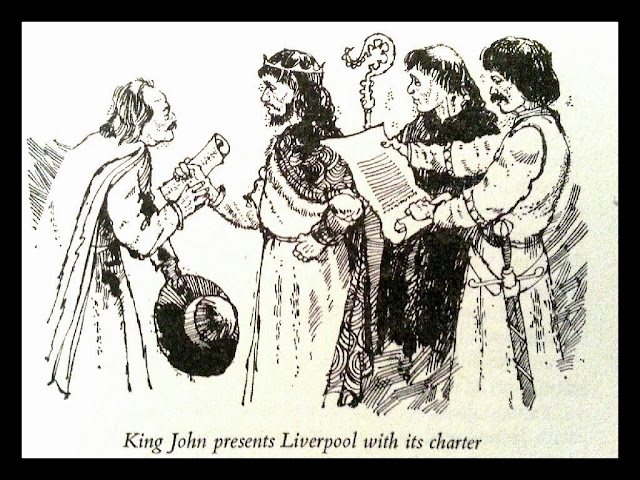