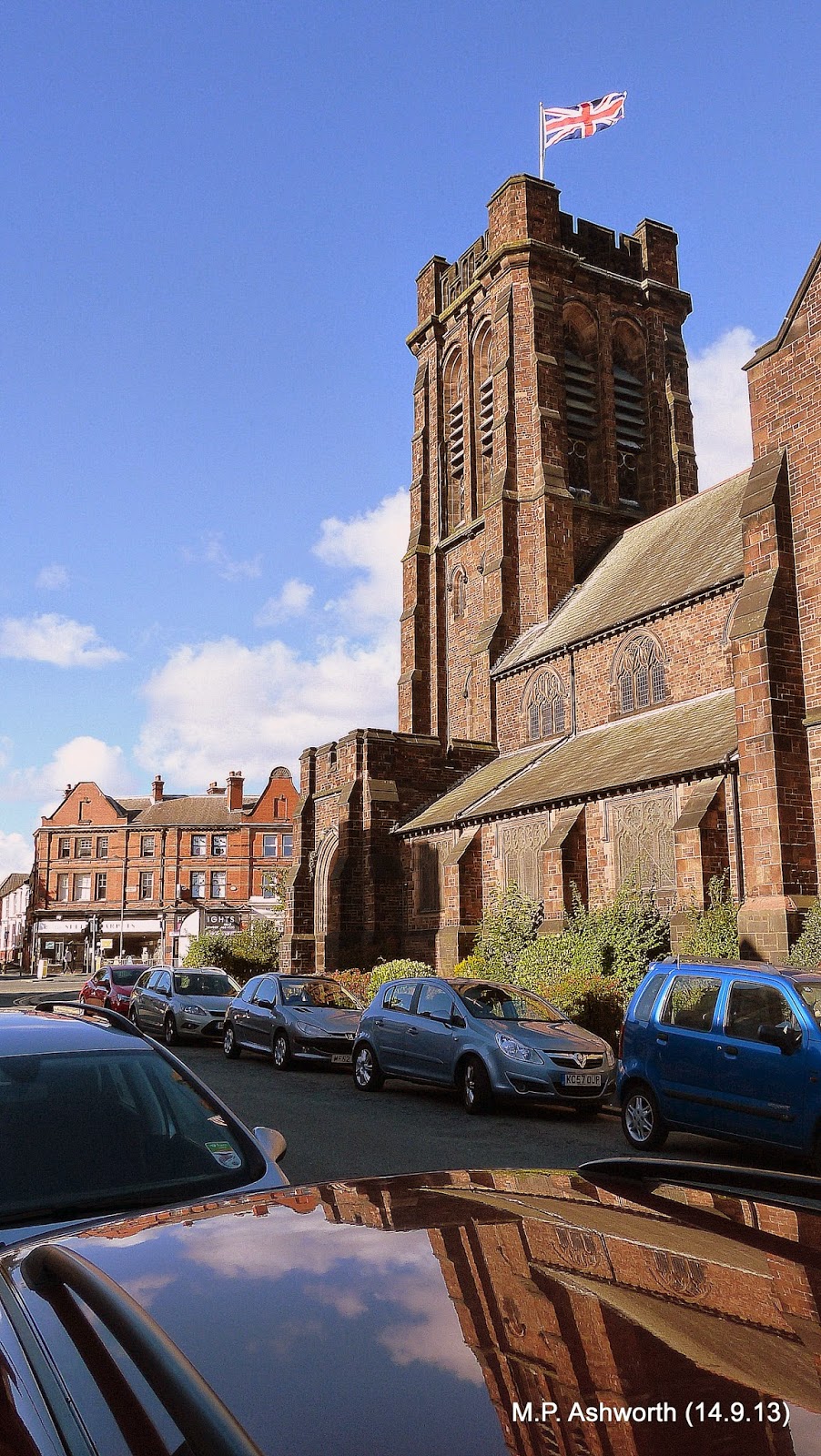 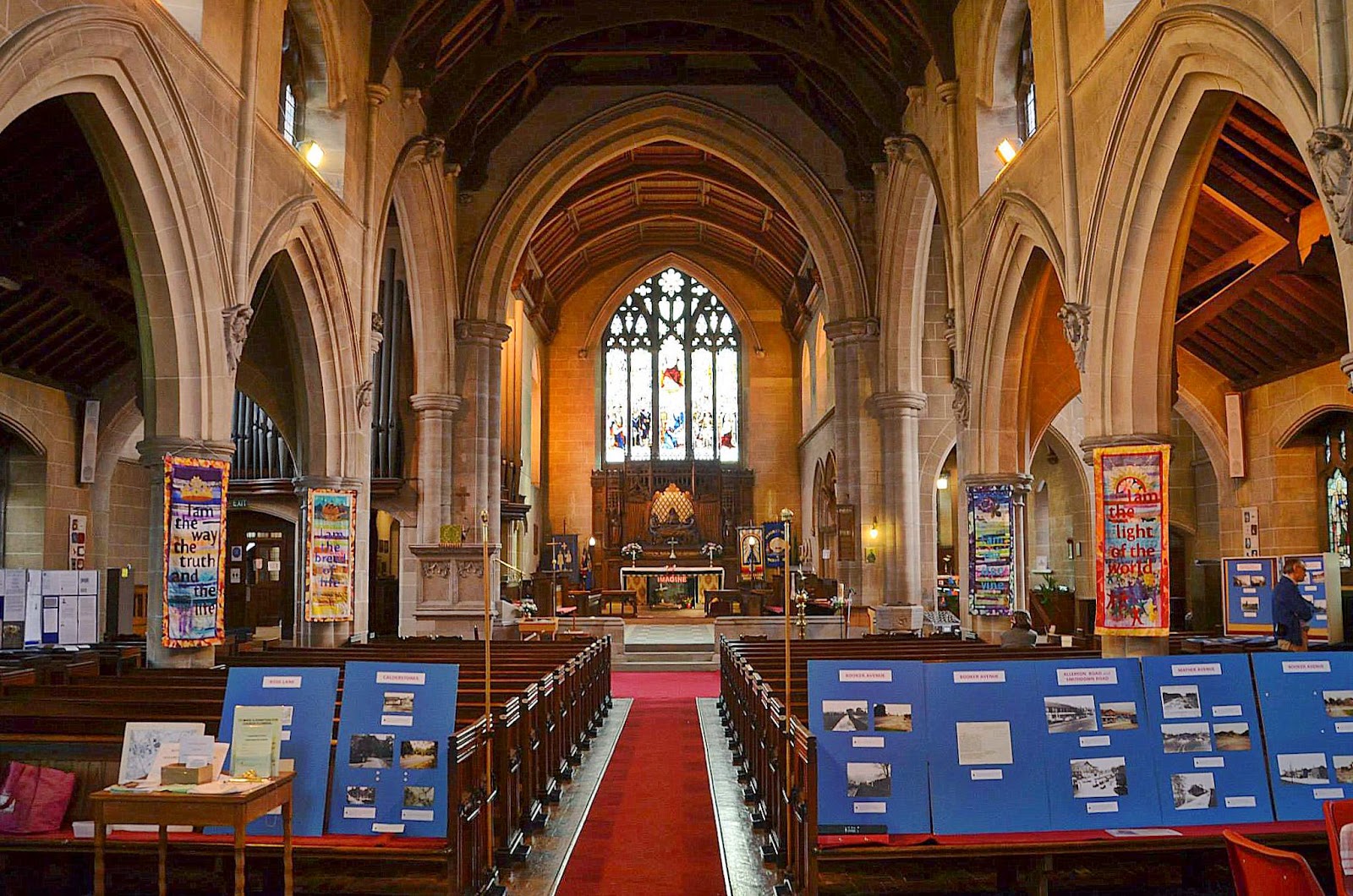 St Barnabas' Anglican Church is in Smithdown Place, Liverpool. It stands at the junction of Allerton Road, Smithdown Road, and Penny Lane and as such is a landmark I have driven past hundreds of times on my way to and from the city centre.
I was aware of the Beatles connections - Paul McCartney was once a choir boy here and the Quarry Men / Beatles performed at the St. Barnabus Parochial Hall on Dovedale Road - but I had never had the opportunity to go in and have a really good look around until the 2013 English Heritage Day.  I was pleased when I finally did because as I hope my photographs illustrate, it's a beautiful building and the church volunteers who were on hand to answer any questions were all lovely people.

The Parochial Hall, completed in 1904 at an initial cost of  £1175, was built on spare land immediately behind St Barnabas and can be seen in the coloured postcard reproduced below. The building still survives and is now used as a public house, Fogherty's. 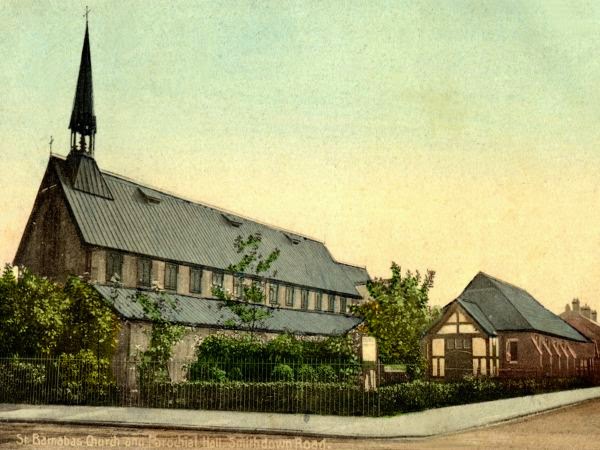 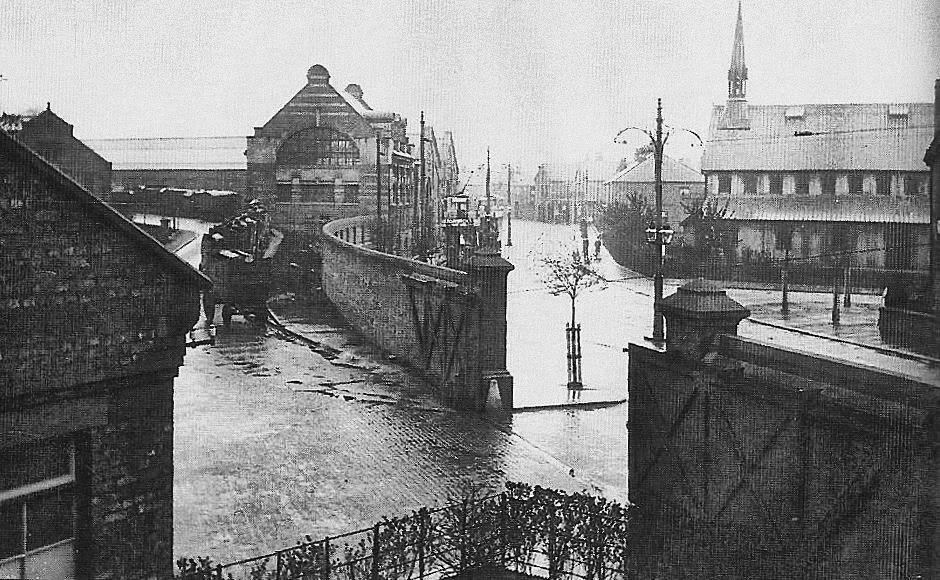 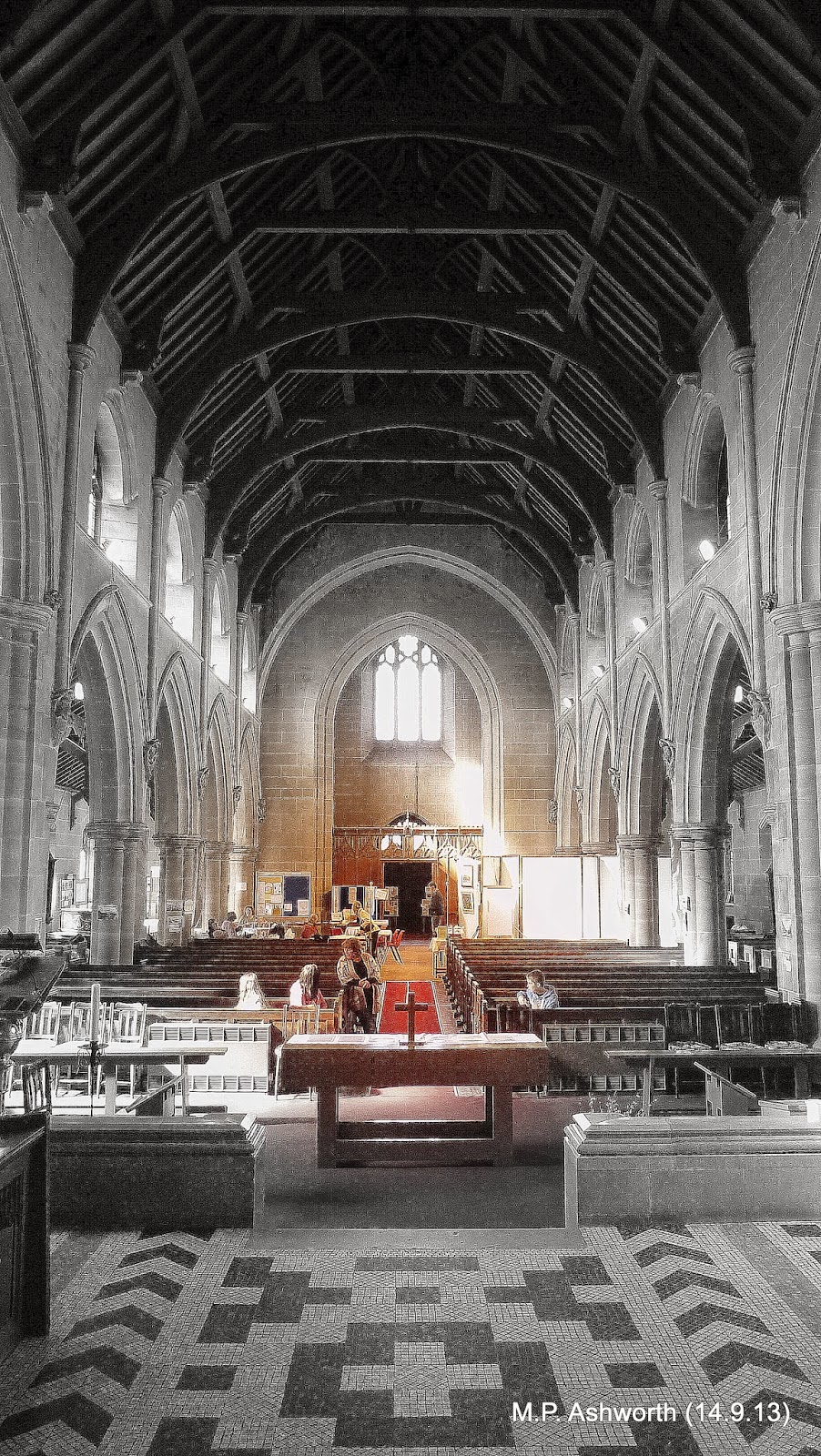 The columns are made from Storeton stone. The plan of the church consists of a four-bay nave with a clerestory, north and south aisles under lean-to roofs, two south porches, north and south transepts, a chancel with a south chapel and a northeast vestry, and a west tower.
Five-bay arcades separate the nave and aisles, and there is a three-bay arcade between the chancel and the chapel, the latter being more ornate than the former. In the east window is a war memorial in stained glass by H. G. Hiller, that in my opinion is one of the finest pieces I have ever seen. Click on the detail below for a larger view. 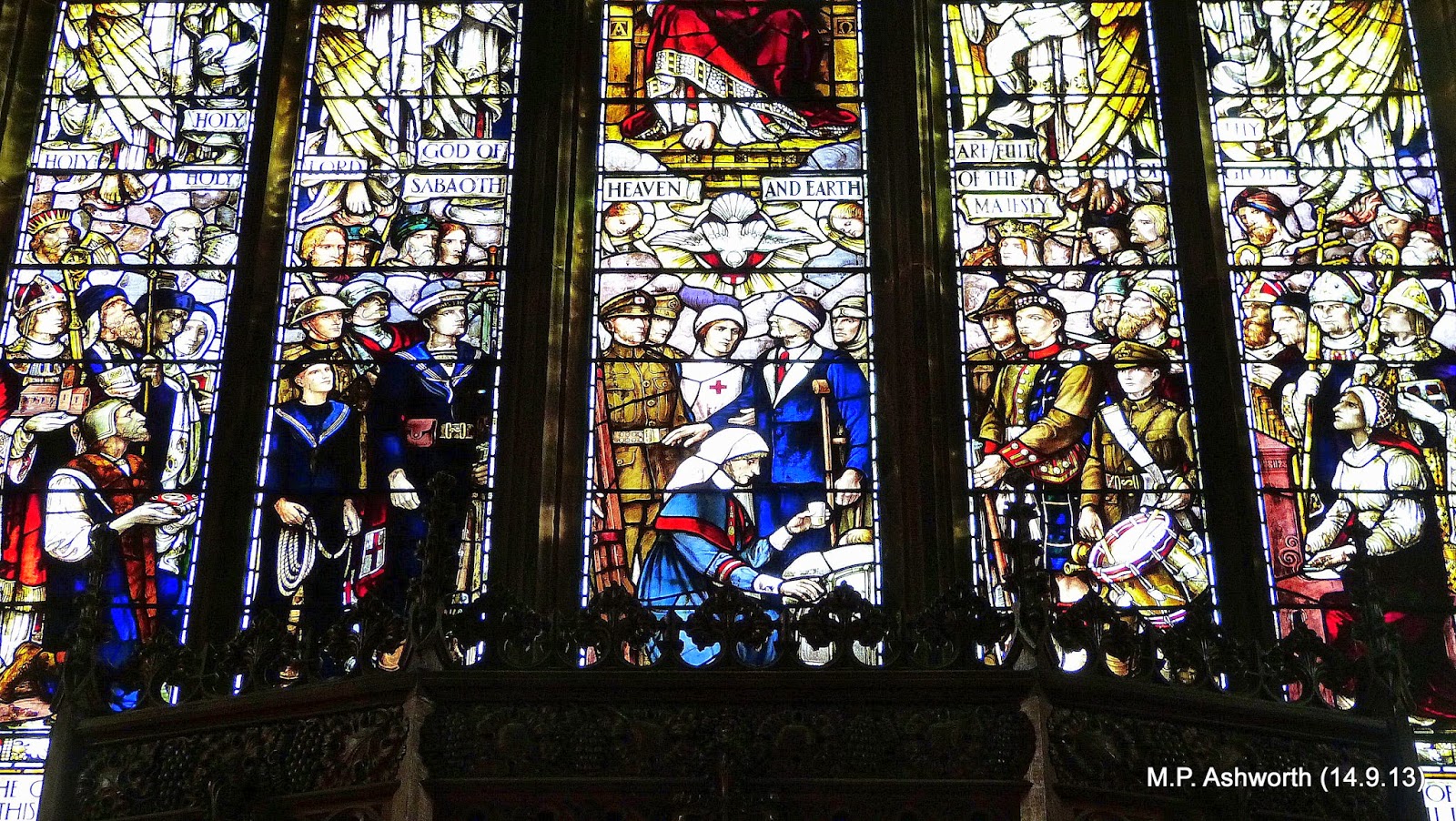 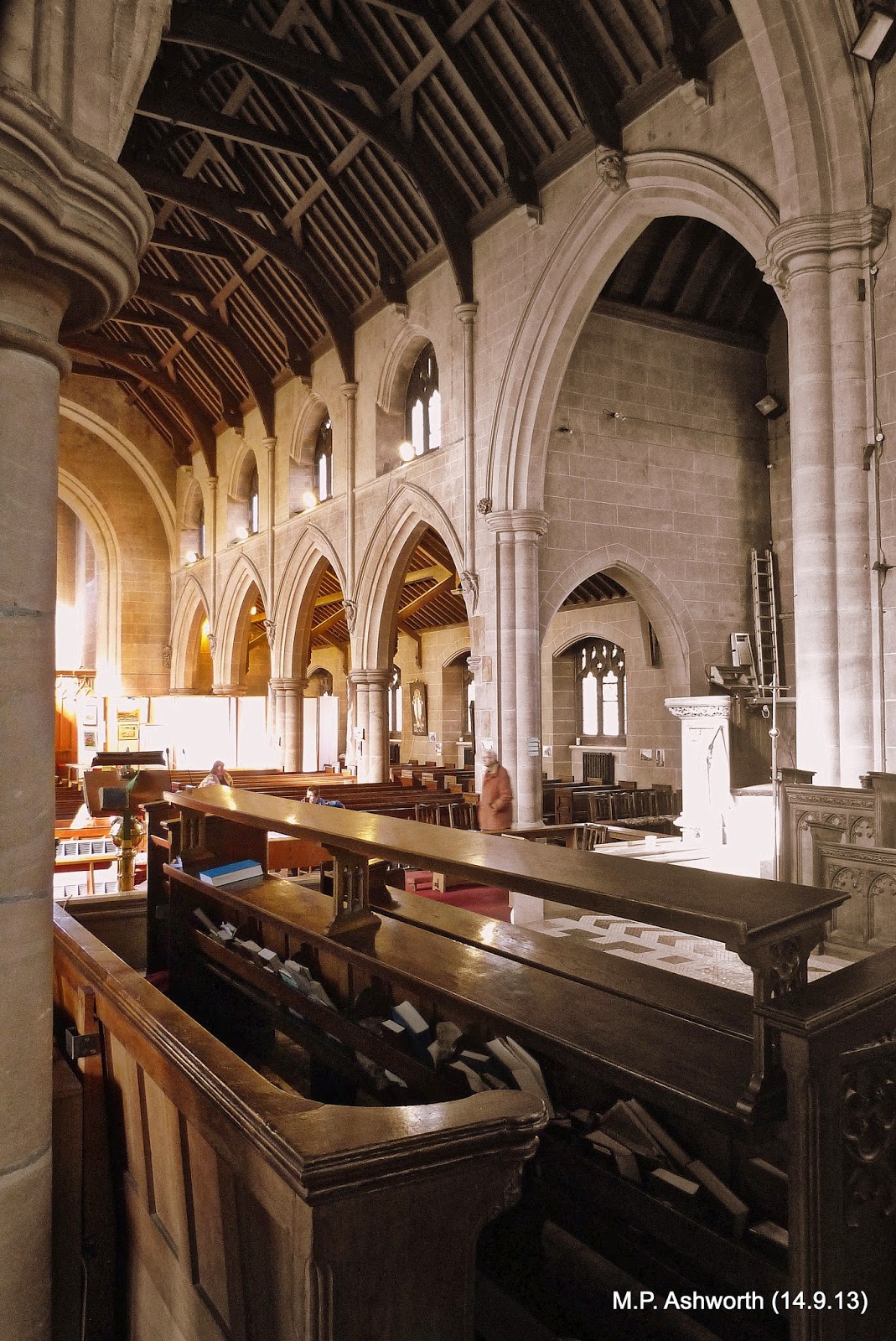 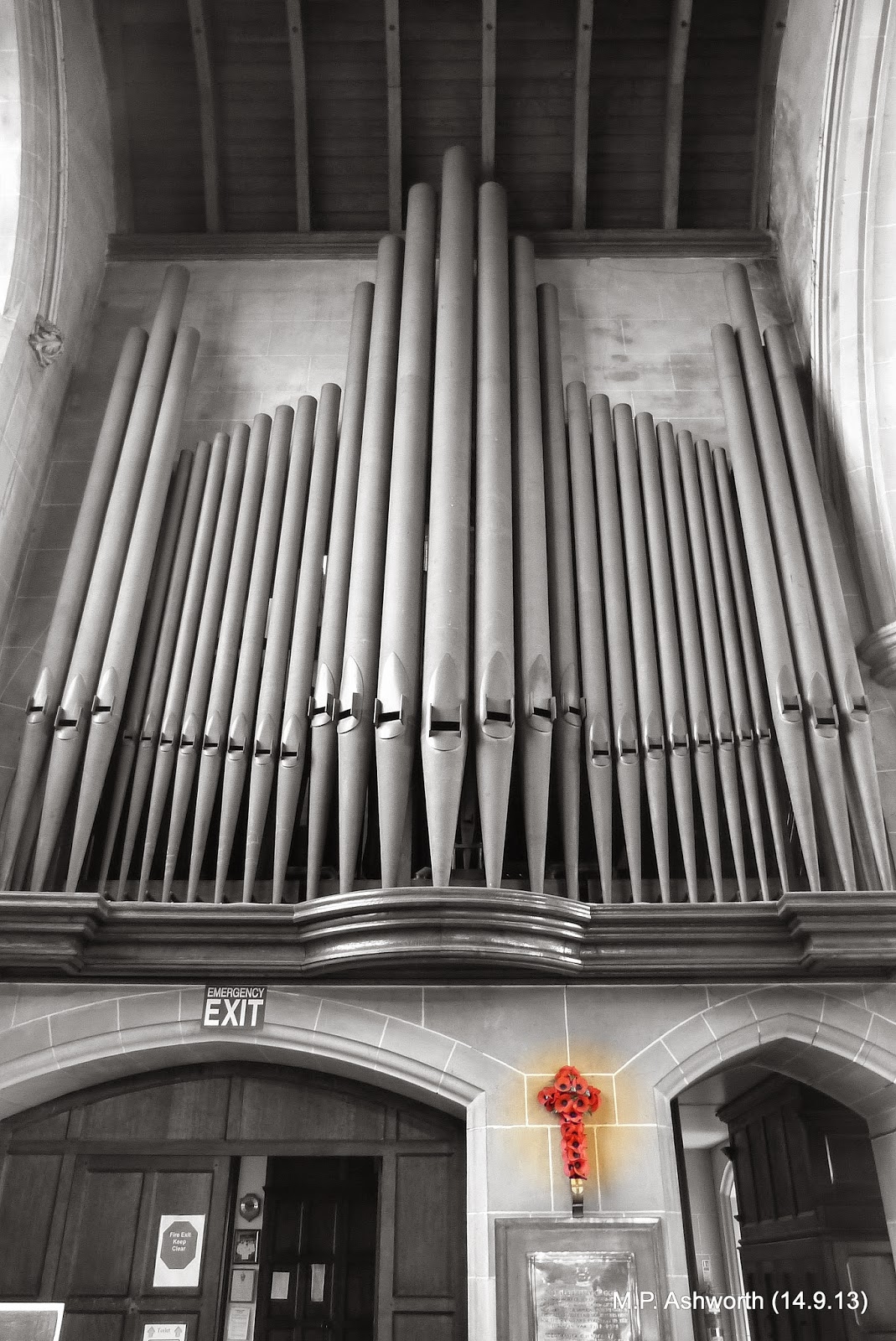 The two-manual pipe organ was built by Henry Willis and Sons, and there have been alterations and repairs since.
The organ case was designed by Sydney W. Doyle. 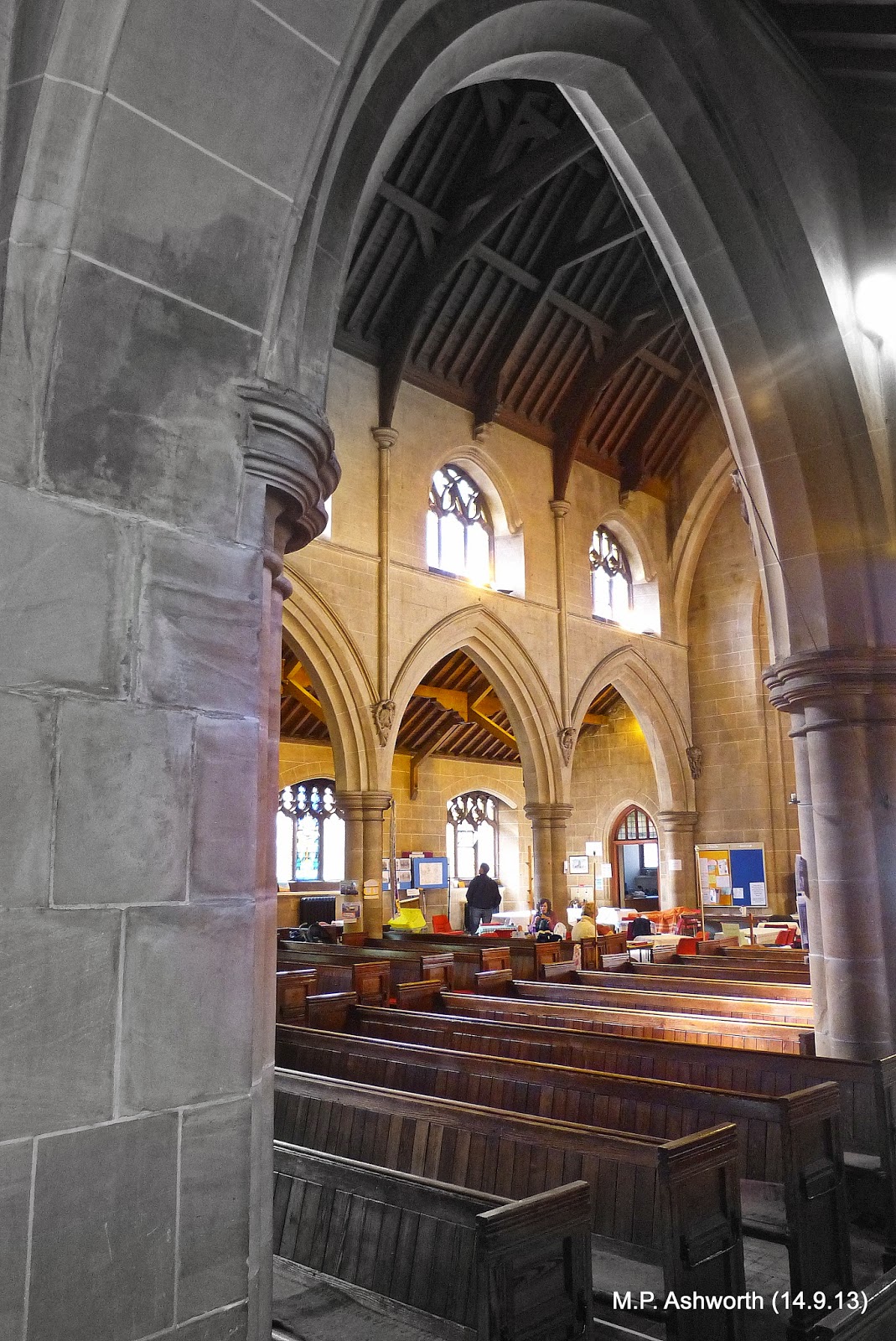 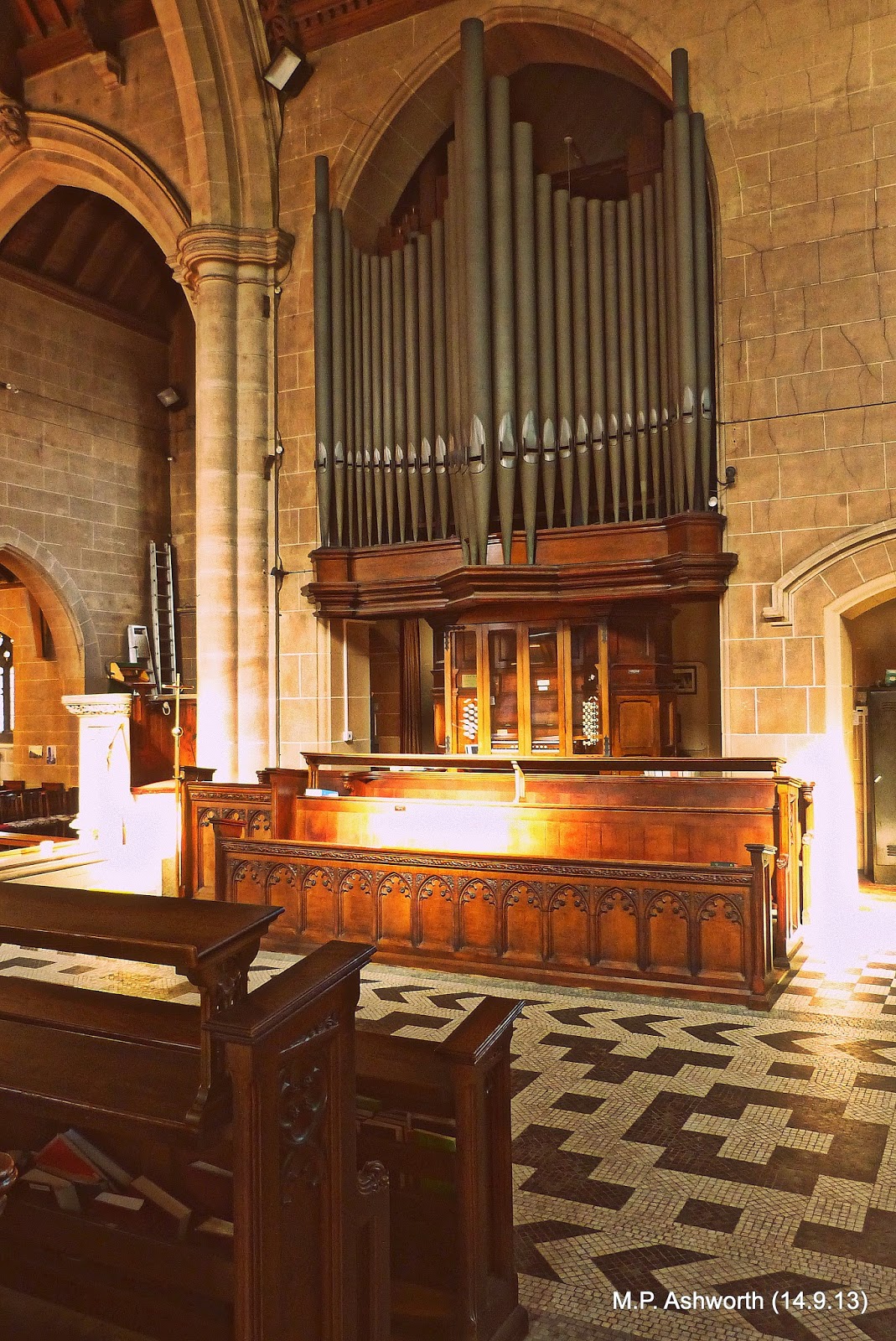 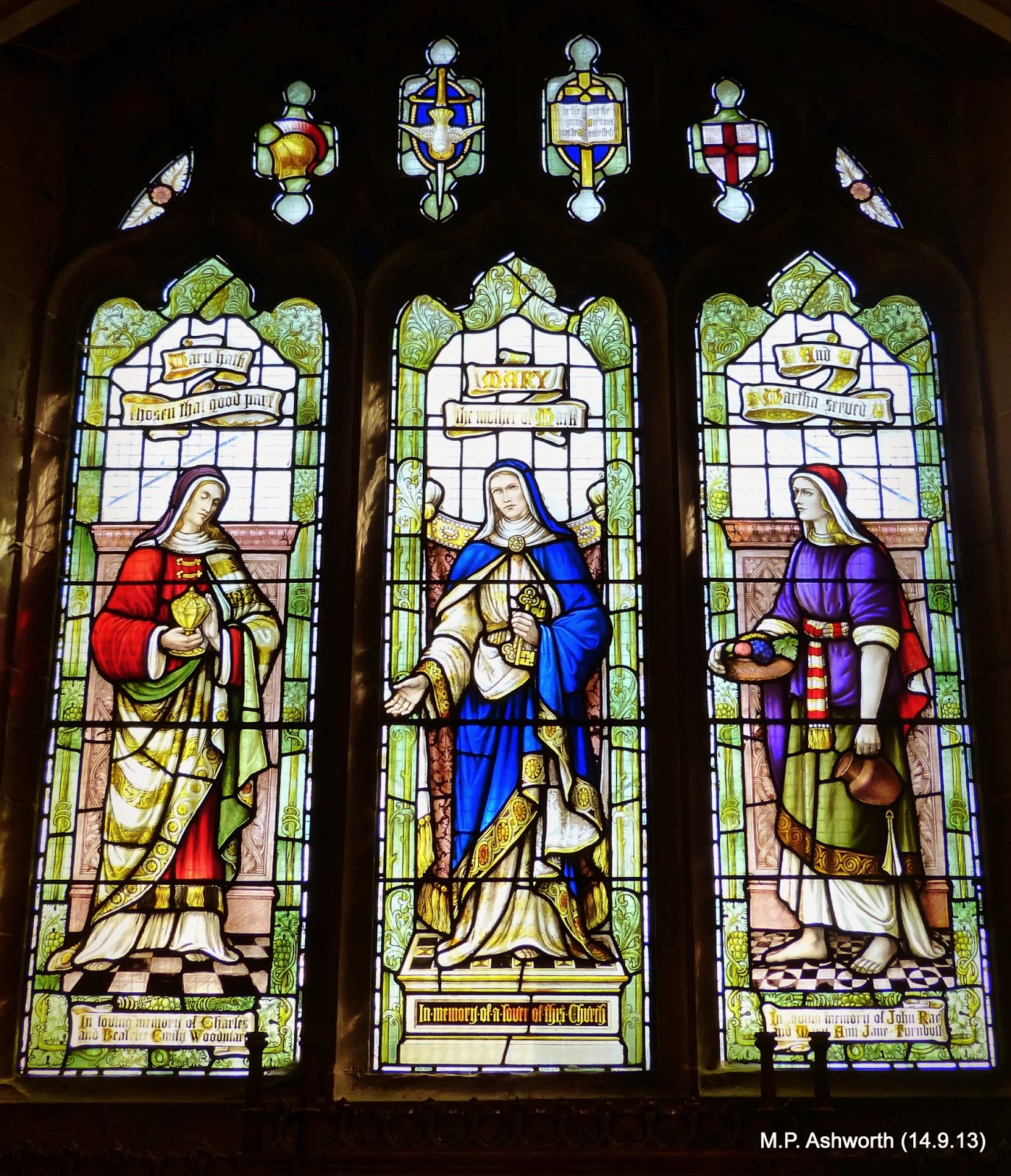 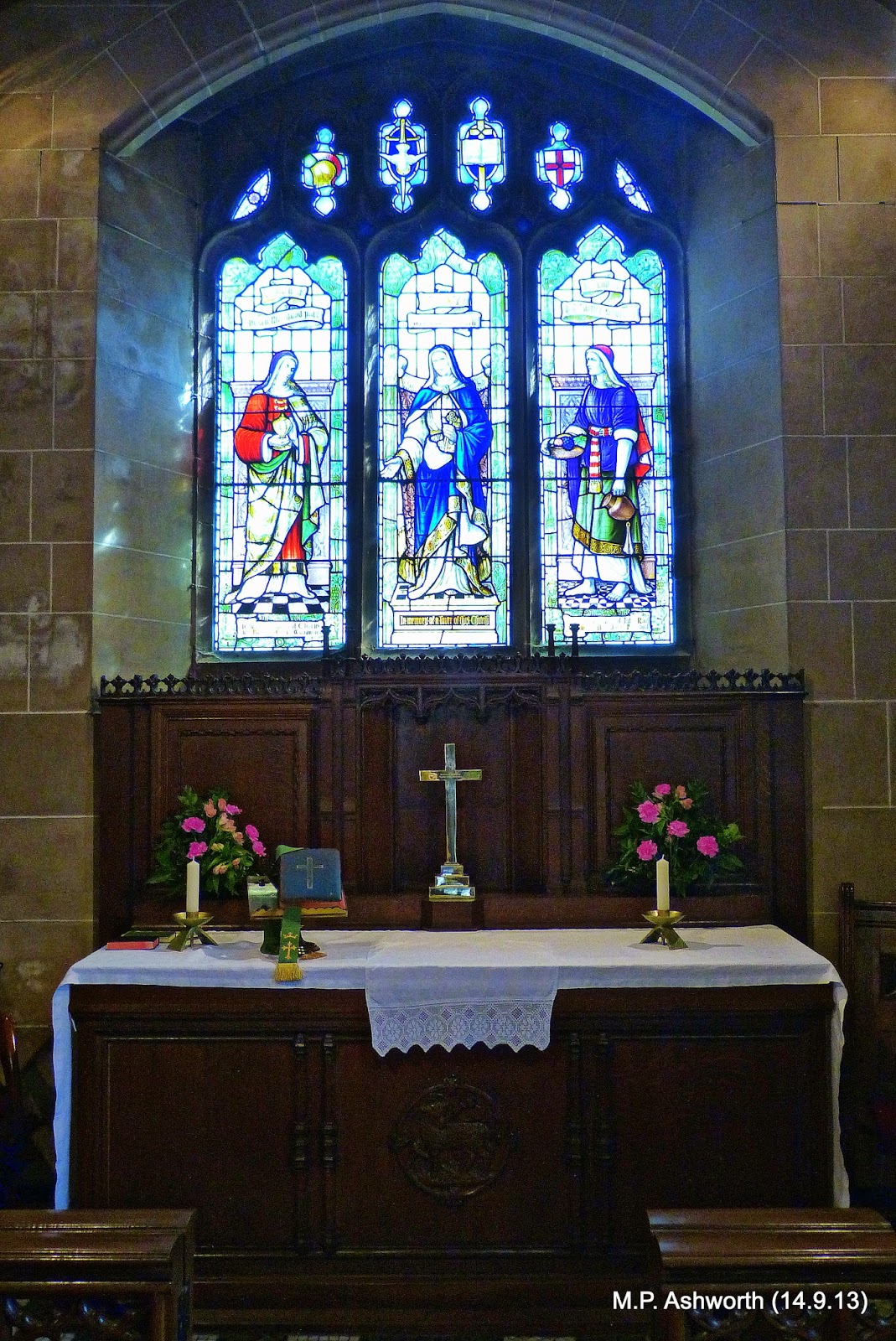 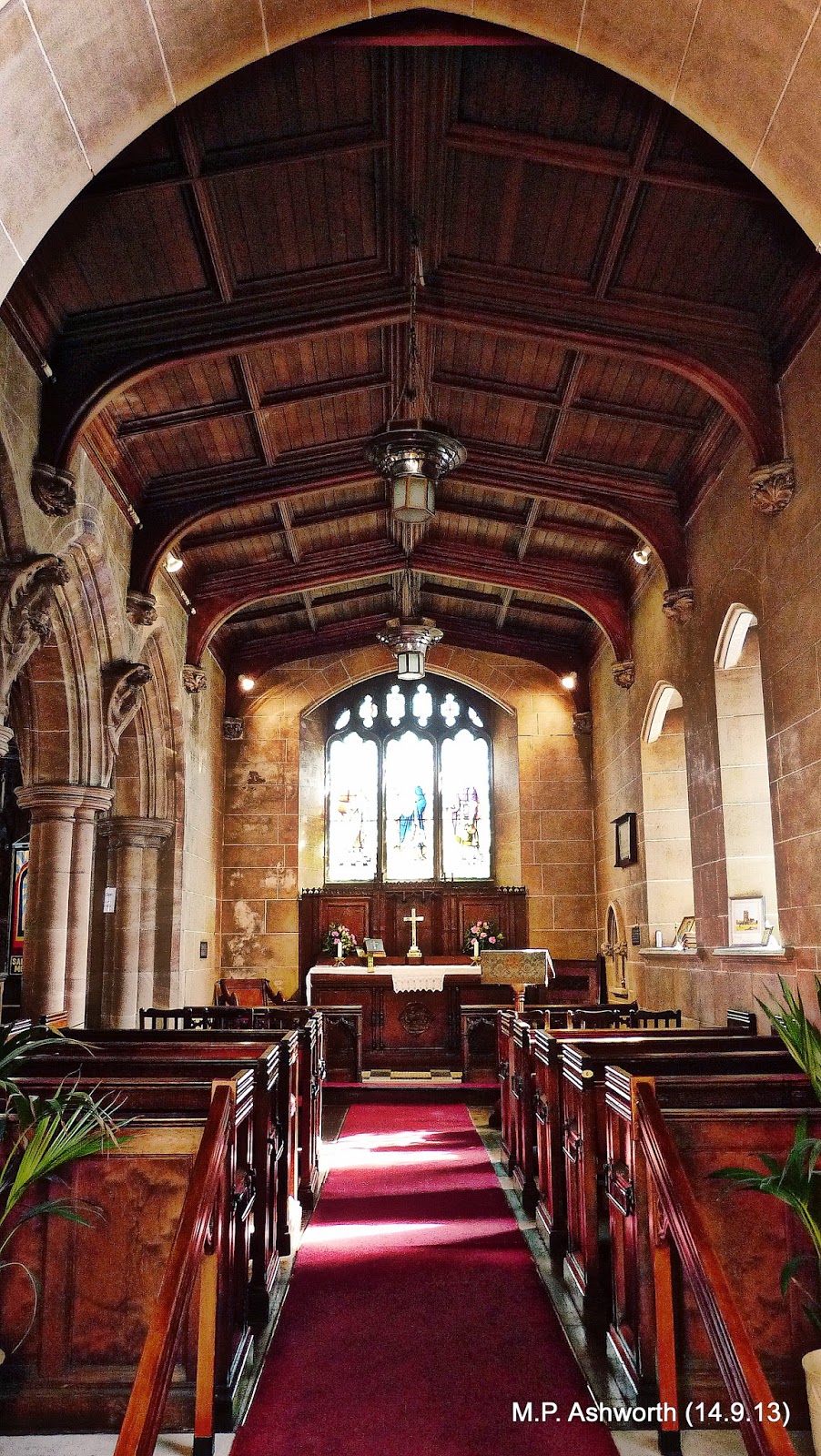 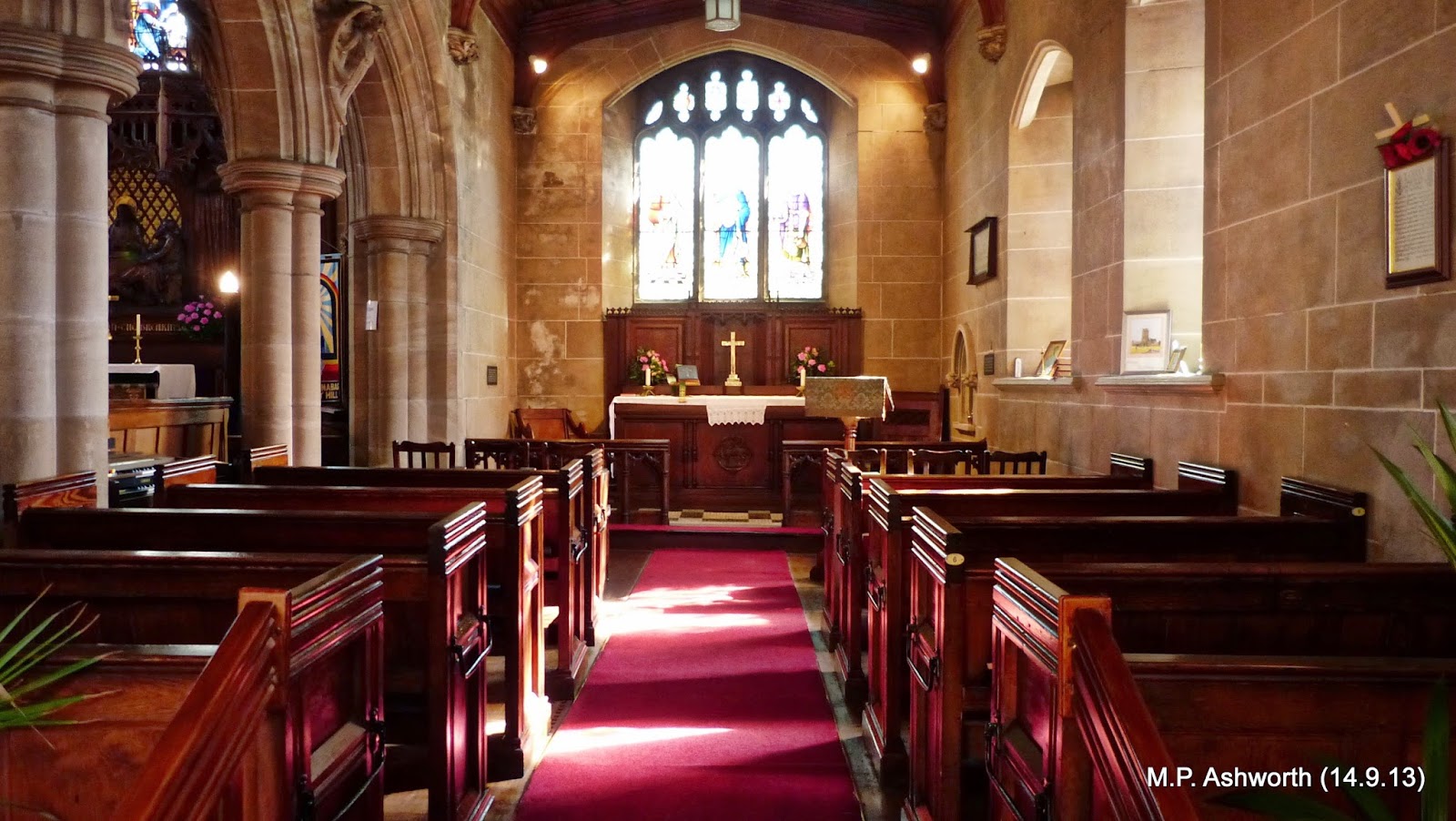 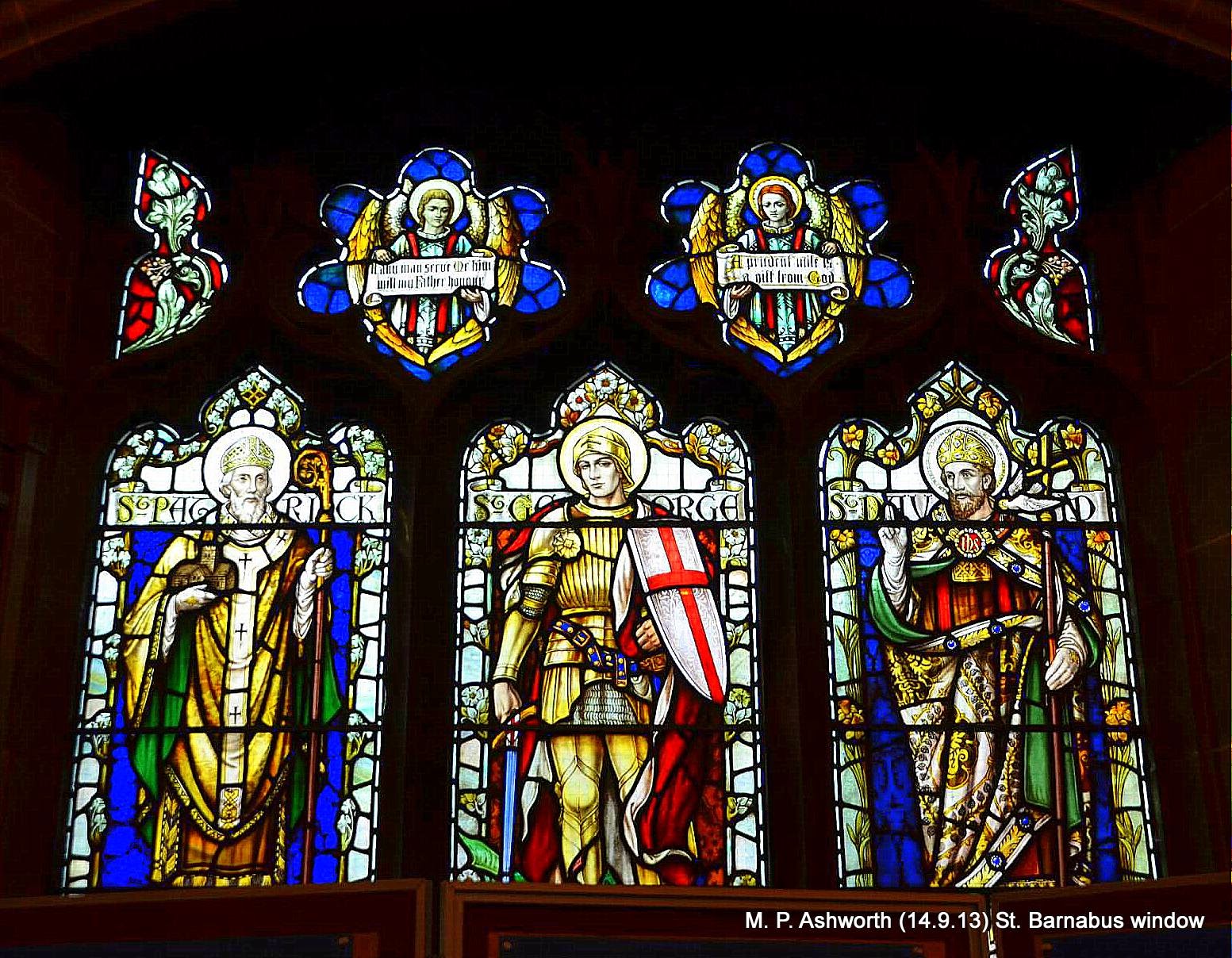 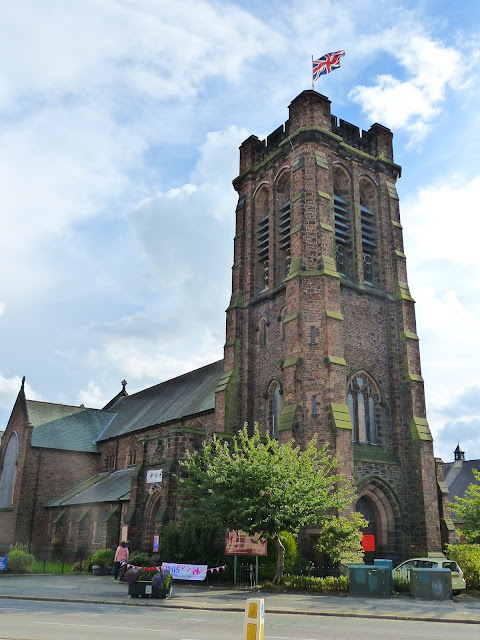 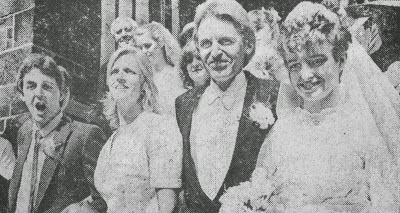 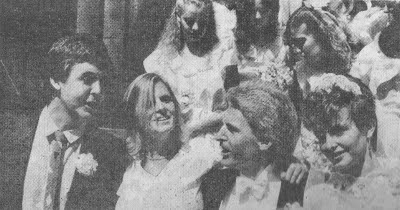 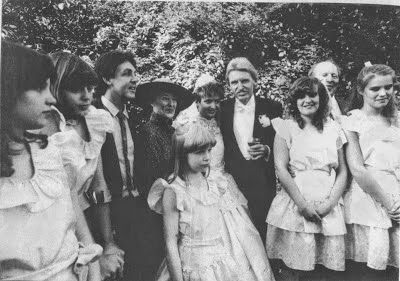 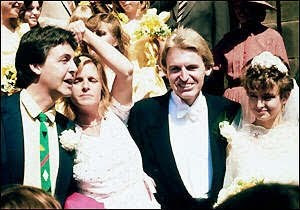 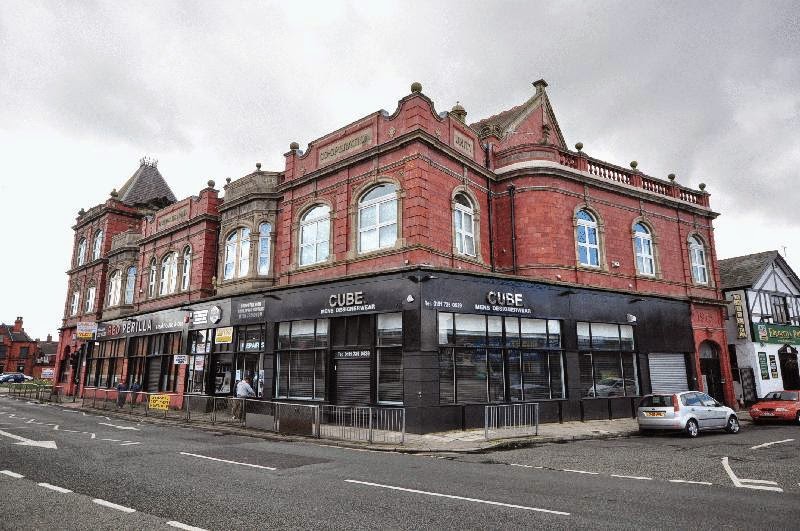 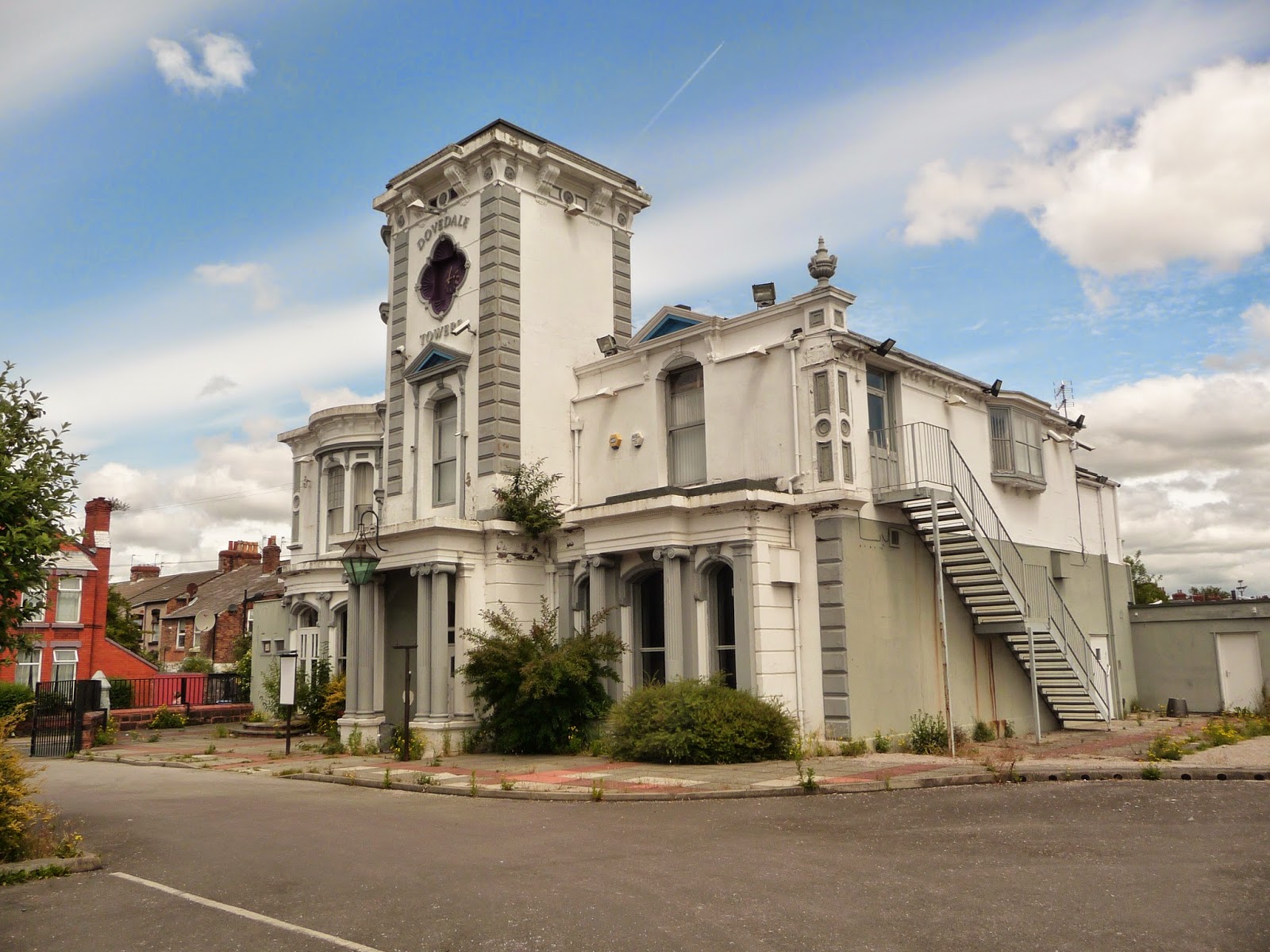 You can read an eye-witness account of Mike McCartney's wedding here: http://www.meetthebeatlesforreal.com/2013/03/the-chase.html
at November 22, 2014 4 comments: