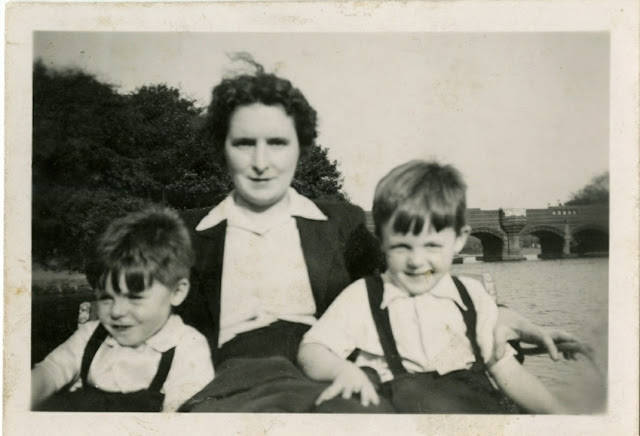 On Mothering Sunday two years ago Paul McCartney shared a previously unseen photograph of himself and brother Michael with their mother Mary in Stanley Park, circa 1947.

At that time I did wonder whether this meant that Paul had a collection of family photographs that Mike didn't, or perhaps that Mike had but had chosen not to share publicly in any of his books.

Two years on, it's Mother's Day today, and Paul has dipped into his family archive again and posted another unseen photo on his Instagram account.

This one shows Mary and her two boys in a rowing boat on the lake at Stanley Park, approaching one of the bridges.

You may recall that in the other photos taken this day Paul looks to have a right 'gob on'. Here both the McCartney brothers look to be enjoying themselves as all three smile for Jim's camera. 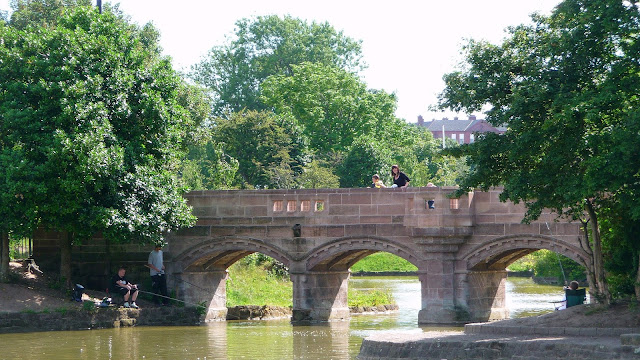 My family on the bridge at Stanley Park.

Here's a link to the previous photo: 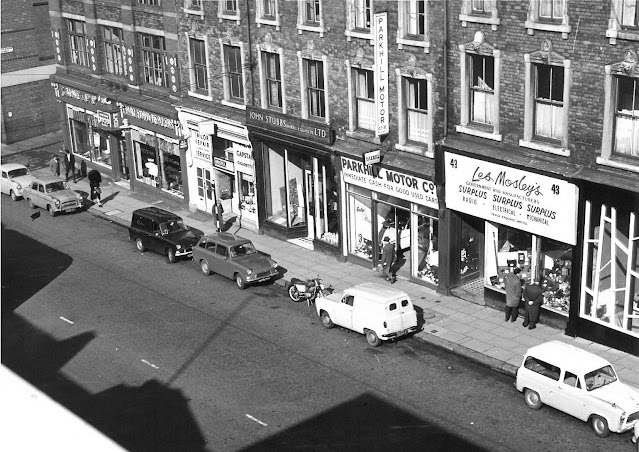 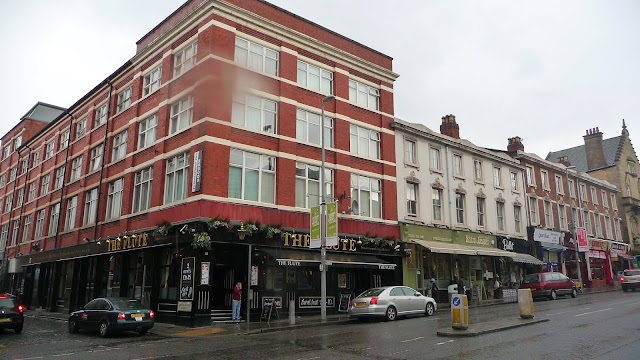 Now the Flute pub this was formerly the premises of Blakes Ford Dealership. By early August 1962 the Beatles were making enough money that Paul McCartney was able to buy his first car here, a brand new Ford Consul Classic in Goodwood Green.  He later admitted that despite his new found wealth he bought the car on hire purchase, ‘the never-never, and was always very worried about making the payments’.

It was the scene of a fantastic anecdote that both Paul and George liked to tell, perhaps George even more so.

Just as Paul was leaving Blakes who should be standing on the pavement outside but Jack Edwards, his former headmaster at the Institute who’d denounced any pupil who didn’t qualify for Oxbridge as a failure.  And yet here was one of those Oxbridge failures driving a brand new car out of the showroom right before his eyes! 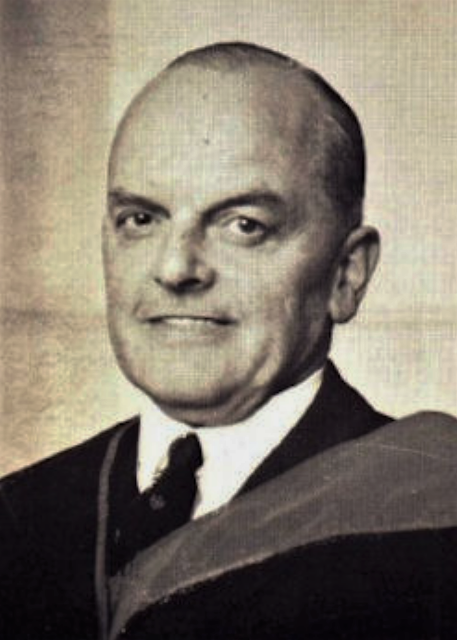 In the Beatles' Anthology George recalled: Paul looked at him like, ‘Ha ha, yes, it is me and I do have my own Ford Classic.’ It was f- you. We made it in spite of the teachers. 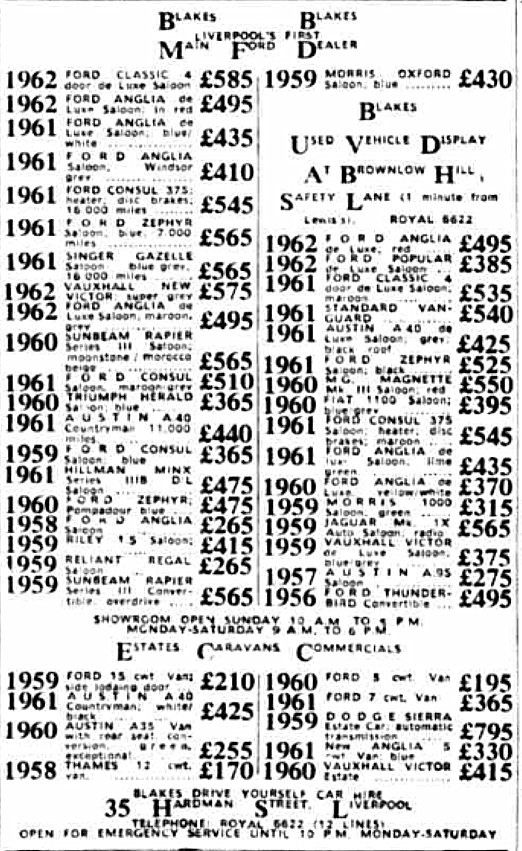 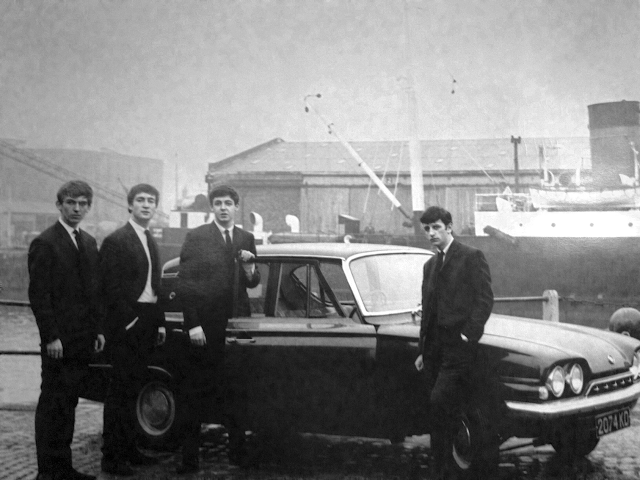 The Beatles on the Strand in front of Canning Dock, September 1962 with Paul's Ford Consul Classic.

The Ford Consul Classic was launched in May 1961 and built by Ford UK from 1961 to 1963. It was available in two or four door saloon form, in Standard or De Luxe versions, and with floor or column gearshift. 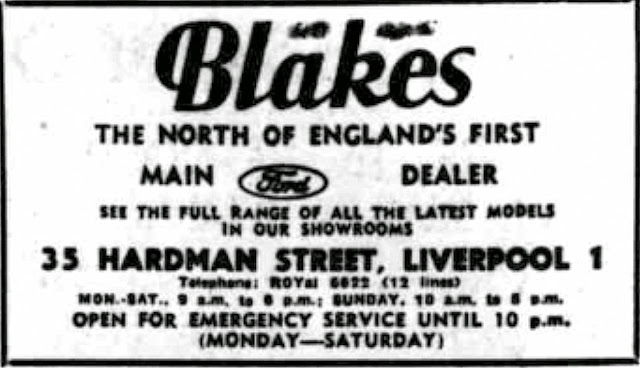 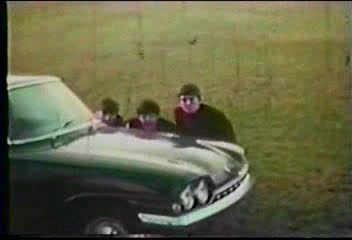 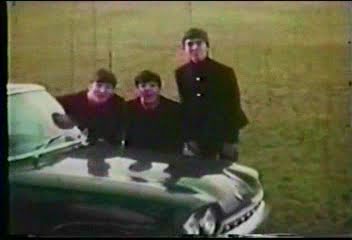 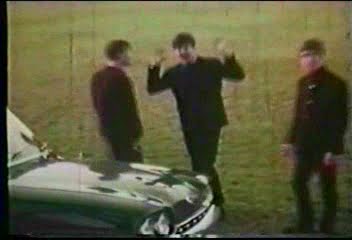 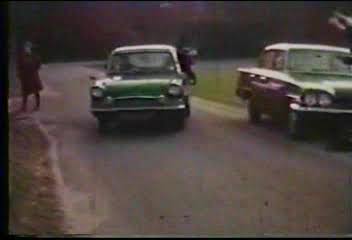 Boys and their cars: George with his Ford Anglia (left) passing the Consul. 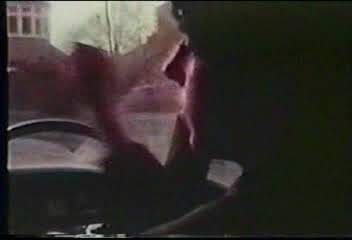 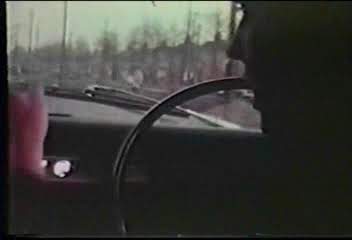 * The 'Baz' - short for The Bastard,  personally administered Corporal punishment to both Paul and George during their time at Liverpool Institute.
As a consequence he was not fondly remembered.
at March 20, 2020 2 comments: