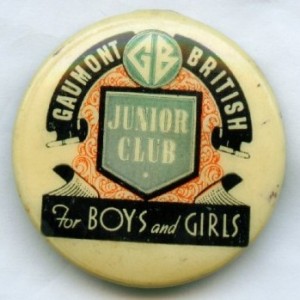 As members of the G.B. club,[1]
We all intend to be,
Good citizens when we grow up,
And champions of the free,

In the pre-television era a trip to the cinema on a Saturday morning was the highlight of the week for many children growing up in post-war Britain.

In the late 1920s each of the UK’s major film circuits established their own Saturday morning clubs for children. It was hoped that membership would help develop the habit of going to the pictures from a young age. The children would receive a badge and come up onto the stage when it was their birthday to receive a free ice cream or tickets to the following week’s matinee.

By the 1950’s it was estimated that the average weekly attendance at children’s Saturday cinema matinees was over 1,016,000 across 1735 cinemas.

Each matinee performance would start with the audience singing along to their club’s theme song before the curtains opened and the morning’s entertainment began.

The morning programmes consisted of cartoons, regular films and a serial which ran for several weeks, each episode ending on a cliff hanger – the hero left in peril – would he be captured by the evil villain? Would he survive falling off that cliff?

The aim of course was to encourage the children to come back the following week with their friends to find out what had happened to the star. 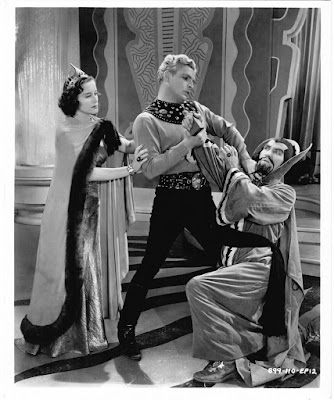 At the end of the matinee the children would emerge from the darkness and with their imaginations fired they’d re-enact their favourite scenes. The streets around the cinema afterwards would be full of miniature cowboys and Indians, aliens and super-heroes, swashbuckling swordsmen and distressed damsels.

Paul McCartney would later recall happy memories as a child ‘coming out of Flash Gordon, or Superman with me mackintosh around me neck. That’s such a magic feeling....until you get on the bus and you’re asked for the fare and the illusion crumbles....[2]

I found similar memories on line, like this one from "Raymann" on the Yo! Liverpool site:

Get out of the pics and walk back to Perriam Rd stopping to play cowboys on the building site opposite Forthlin Rd then going into Haswells by Heath Road spending the last of the pocket money on Blackjacks and Fruit Salads....[3]