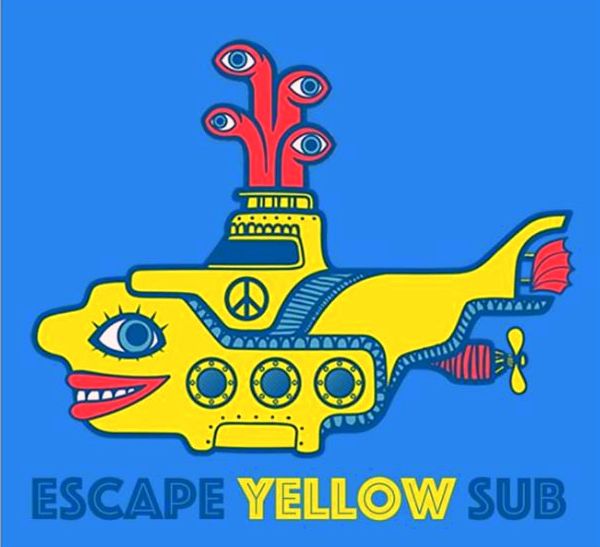 The plot, such as it is, involves the Blue Meanies seizing control of the Yellow Submarine and launching six missiles. Our job was to solve the puzzles and find the six keys which would enable us to abort the launch.  If we failed the Earth as we knew it would cease to exist.
It was time to save the world. No pressure then!
We climbed through the yellow painted hatch into the submarine control room. The hatch door locked behind us and we could suddenly hear Alex on the intercom. Almost immediately a red count-down clock began started counting down.  We had 50 minutes. 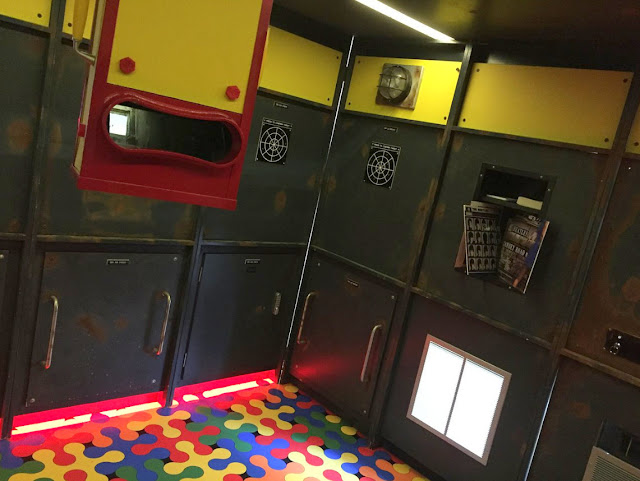 Did being Beatles’ fans help?  We thought we would definitely be able to “work it out” but time moves quickly in Pepperland and we found the puzzles were only loosely based on the Beatles, so we had no real advantage over anyone else attempting the challenge. 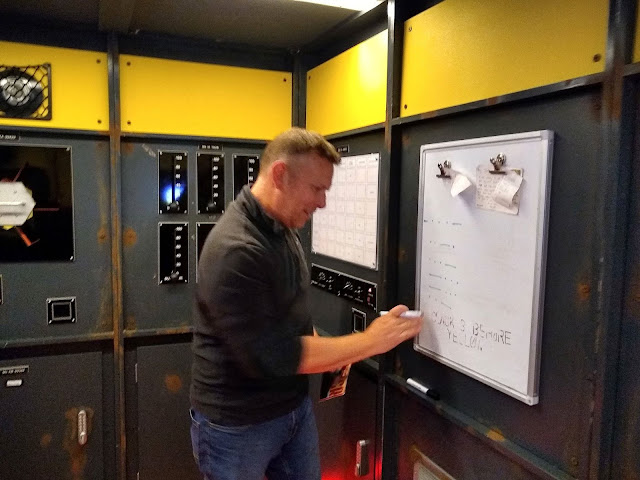 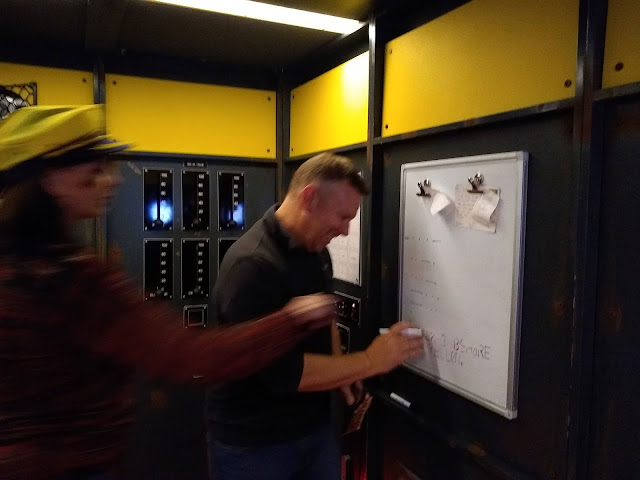 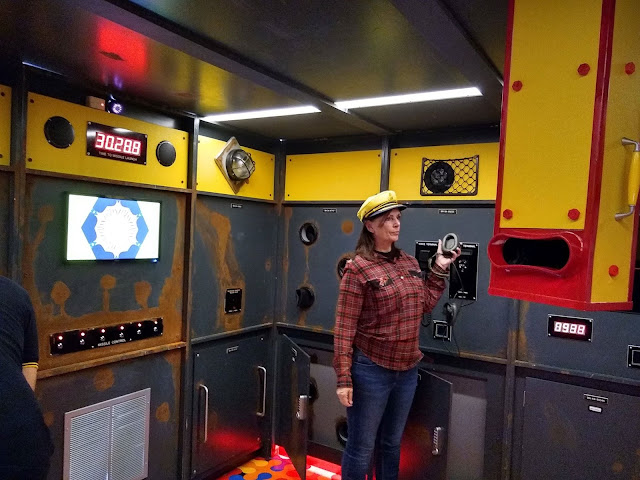 After that, there was only one way to go out.
Singing! 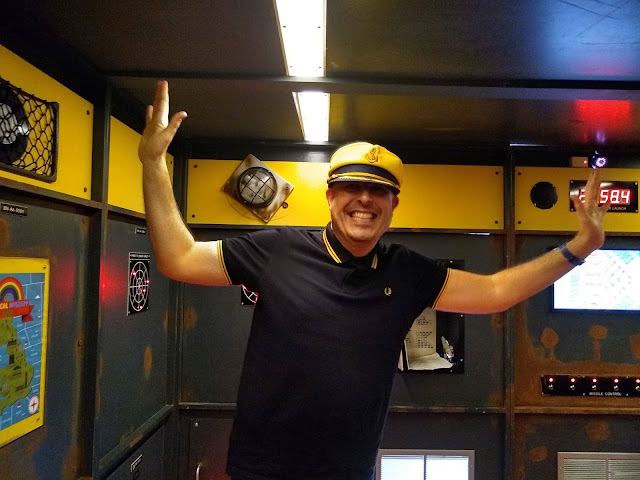