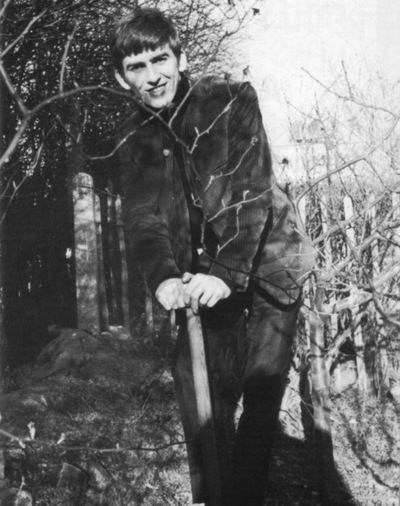 “George was an avid gardener who found solace and joy in being in the outdoors. I don’t think there is any better way to commemorate him in Liverpool than with a garden which can become a place of tranquillity and reflection for everyone. I am really looking forward to watching it change and grow over the coming years”. (Olivia Harrison, George's wife).

"It has been one of my ambitions as mayor to find an appropriate way for us as a city to celebrate one of our most-loved sons, so I am overjoyed that at last we can announce the George Harrison Woodland Walk. The site is beautiful, and the plans for the area in the coming months are really exciting. It feels right that at last we have a permanent memorial to celebrate George’s life, loves and influence”. (Joe Anderson, Mayor of Liverpool)

There was exciting news for Beatles' fans in Liverpool today. To mark what would have been George Harrison’s 77th birthday, Liverpool City Council and the Harrison Estate have announced that a new memorial woodland will open in his honour. 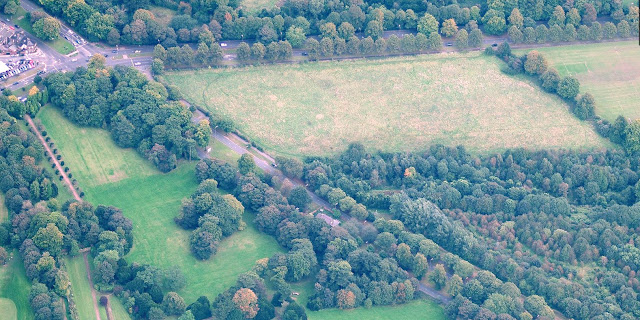 The George Harrison Woodland Walk, will be located on Woolton Road, South Liverpool close to where George was born and grew up. The 12-acre site is a mixture of mature woodland and meadow opposite Allerton Towers and is seen to the right of the road on the above photograph. 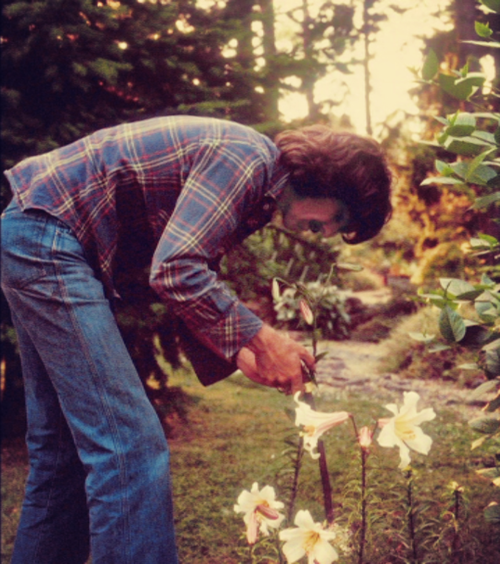 It's exciting and to be announcing it today on his birthday is really something special. We’ve been engaged with the (Harrison) family for probably about 8 or 9 years now, talking to them about how we mark George himself and what he stood for, and what he stands for as part of one of the most famous bands to ever hit the planet...and the reality is this.

This land came to my attention a number of years ago. For those who don’t know the area its next to the Simpson Playing Fields and facing Camp Hill and i noticed lots of rubbish being dumped on it as the gates had come down so I made enquiries as to who owned it and found out that it was up for auction so we put in a bid for it, and we won it (in 2018)  and since then it’s been the intention to turn it into a nature reserve, because it connects to Clark Gardens on the opposite side which is next to the cemeteries so it’s a beautiful, beautiful site.

It's going to make a fantastic nature trail but we're also going to do it in George’s memory.

At the moment it is a private piece of land in terms of it’s not open to the public, but some of the rails have come down so people can walk through it.

The plan is to work with different agencies and with our schools with of course the Harrison family. Olivia was here yesterday, she’s been here a couple of times, and Dhani her son has also been here and the plan is to use it as a children’s facility so we can have some classes here for young people so they can learn about nature, so they can be involved and especially some of the inner-city schools to come and spend the day here and i think that would be something that would bring a huge smile to George Harrison’s face, it certainly does to Olivia and Dhani and we’re going to look at bringing some of his stuff here as well, some of the stuff that he had in his own gardens to personalise it.

It’s going to take about 12 months to have it completed but the work starts almost immediately. As I said we’re delighted to have acquired it. 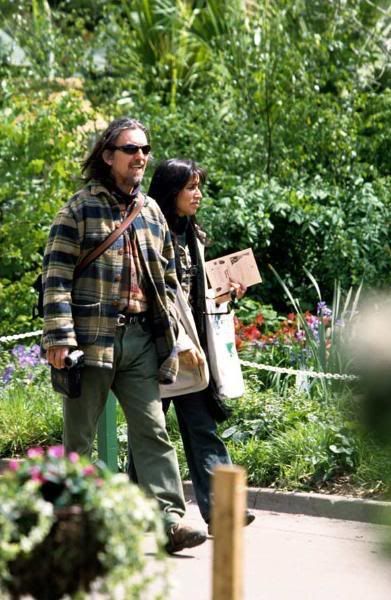 In Liverpool nearly everybody knows about the Beatles, we've seen their statues and the tourists etc but not everyone will have known that George was such an avid gardener. The council admit that when they were looking at how to commemorate him it was important to find the appropriate niche, something that the Harrison family would be happy for the council to say 'actually yes, this is who he was'.

Yeah, absolutely and we want to mark all of the Beatles in this city. Of course we’ve got the John Lennon Airport and this is something that we believe that George himself would have given the thumbs up to and the family, because as you rightly said not only was he an environmentalist but he was also somebody who got stuck in, loved gardening, loved horticulture, all the things that we want to make happen here and it’s an education for young people too so we think it ticks all the boxes.

We’re really excited about it. It’s going to bring some open space, more space to this area, there’s lots of green space in South Liverpool but this is one that’s going to be actively used by young people from across the city.

When it officially opens in 2021, it will be landscaped in order to be accessible, combining garden and woodland with a number of artistic installations inspired by the life and lyrics of George Harrison. 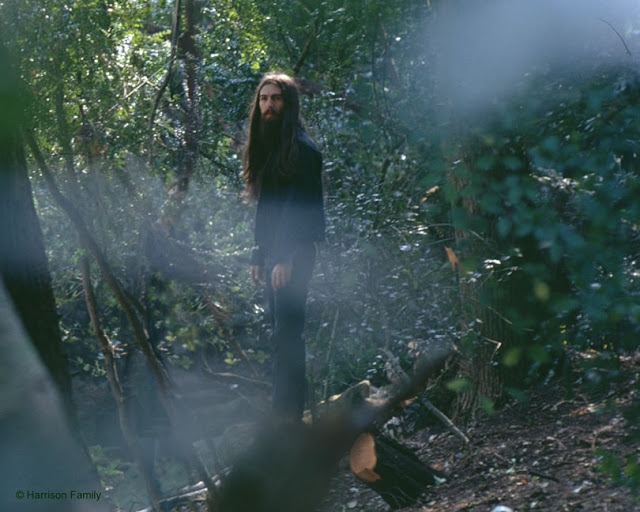 The Harrison family have been involved for a very long time and they want to encourage local artists to design new artworks which will take pride of place in the garden.

As such, they are currently looking for expressions of interest from artists, musicians, collectives, technologists and groups interested in creating a sculpture or installation as part of a new woodland celebrating the life of George Harrison.

They are looking to commission a number of pieces initially with a view to adding more works in the coming years.

We are open to work of any art form, as long as it delivers against the following criteria:

15 April Expression of interest need to be submitted – these should total no more than 300 words with a maximum of 3 supporting images to be provided outlining the proposed commission.

1 May – Up to 10 artists to be requested to develop initial concepts into a formal, costed proposal. A small fee will be made available to support this development.

If you would like to discuss the project in more detail or would like a briefing pack which includes more detailed information, please contact Culture Liverpool via email here.

Link:
https://www.cultureliverpool.co.uk/harrison/
at February 25, 2020 No comments: 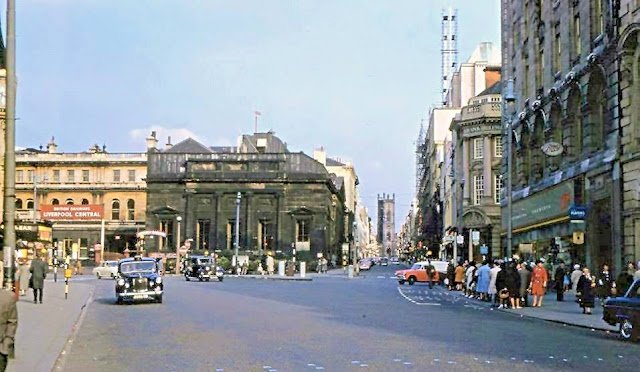 At the foot of Bold Street on the left is the Lyceum. It was designed by Thomas Harrison in the Greek-Revival style and built 1800-2 for use as a gentleman’s club, and intended to house both the Liverpool Library and a news room. Among its founders were men such as William Roscoe, keen abolitionists with a desire to avoid the places frequented by merchants involved in the slave trade. 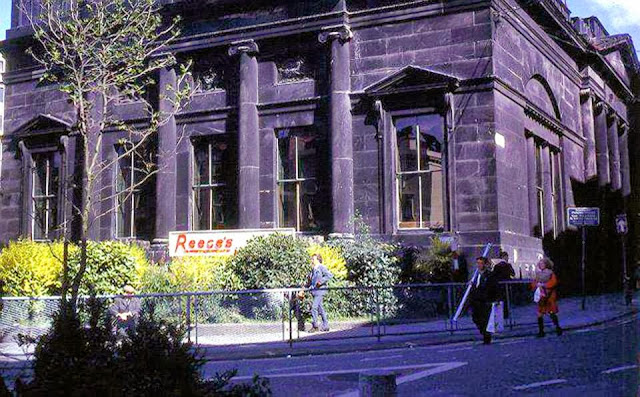 In the early 1960s S. Reece and Sons had a cafe in the Lyceum and according to the Beatles’ promoter Sam Leach the group would while away the time in here as an alternative to the Kardomah, leaving behind the scraps of lyrics and doodles they’d scribbled on the napkins. 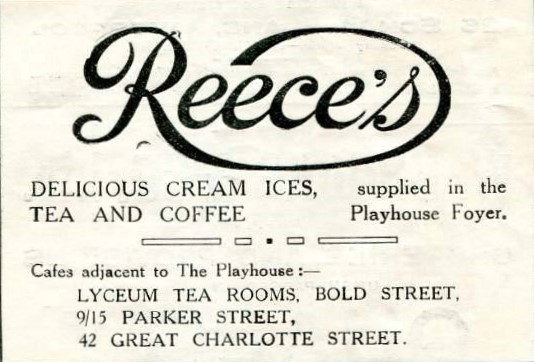 In 1979 plans were drawn up for the demolition of this fine building to make way for a multi-departmental retail store on the adjacent site of the old Central station.  It was saved in the July of that same year following the intervention of Environment Secretary Michael Heseltine who decided it would be purchased with public funds so that it could be rapidly restored. Unfortunately following various failed enterprises, including a Post Office, a bar and a restaurant, the Lyceum is presently not in use though its future seems secured. 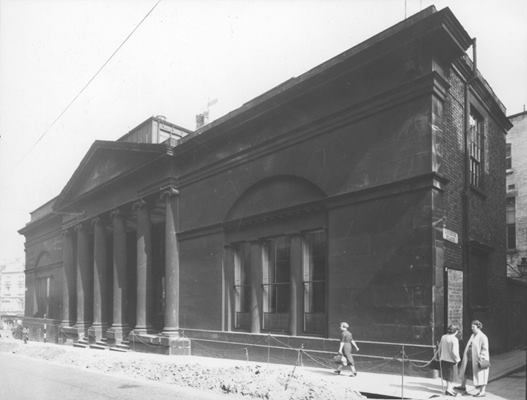 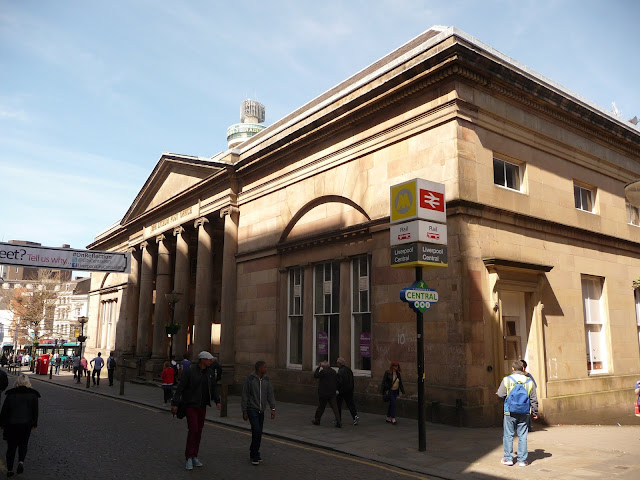 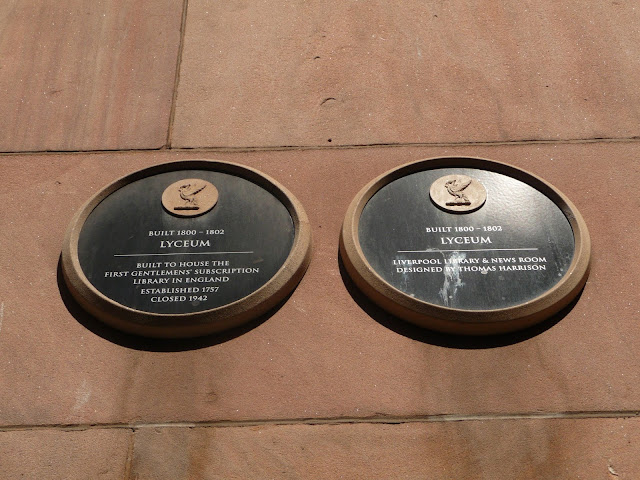 Apologies for my abscess

First of all I'm sorry there have not been any new posts since June.

I've been very busy writing plenty of (mostly unfinished) new blogs and rewriting some of the older blogs to bring them up to date.

I've also been organising the 1000s of photographs in my collection which I hope to be sharing here in the future.

In addition, having listened to some of your comments I've decided that the look of the blog needs a bit of a "Freshen Up" after 10 years.

While this is happening some of the older posts may look a bit weird as I go through fixing them up (there are over 100 to fix so bear with me).

I hope you enjoy the fresh new look and find it easier on the eye.

For now, enjoy this February 1963 photo of the Beatles on Ranelagh Street opposite Central Station taken by Michael Ward, and a 1963/2019 composite by Keith Jones. 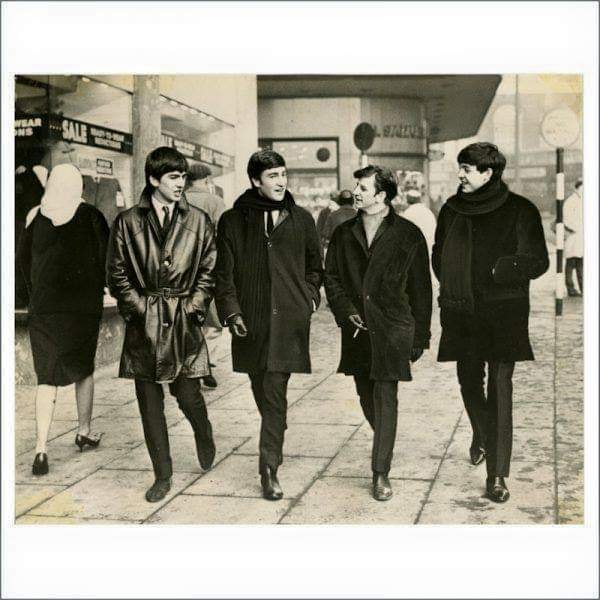 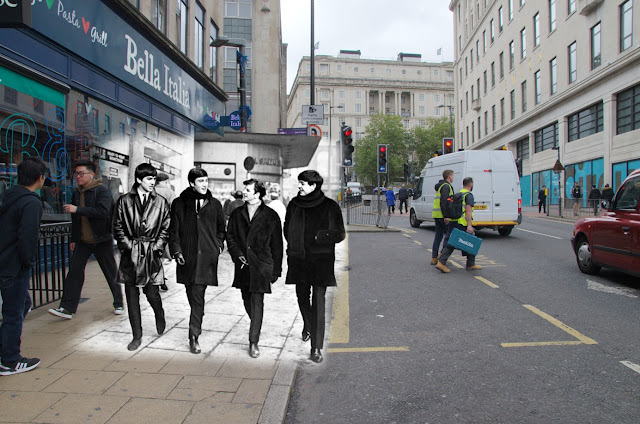