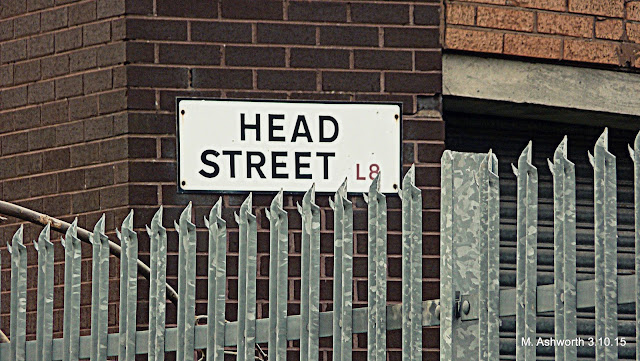 
The story of the Stanley legacy, actually the Millward legacy, has been told verbally by John Lennon's cousin Stanley Parkes, and in print by John's half sister Julia Baird*. The alternative theory put forward to explain why the family had to keep moving addresses is because they were on the breadline and could not afford the rent. In fact there is no hard evidence supporting either explanation. Is it possible perhaps that the legacy story was told to save face whenever one of the kids asked why they had to move house again? Maintaining the right public image to give the impression that they were of a higher class than their neighbours was certainly a Stanley trait as Julia Baird's book confirms.


Thankfully over the next ten years they would produce five healthy daughters. As a consequence of their living arrangements the five Stanley sisters were all born at different addresses.

In 1908 whilst living at 5 Emerson Street, Annie gave birth to another daughter, Elizabeth Jane on 29 November. She was baptised at St James Church ten days later. To John and his cousins she was known as 'Mater'. 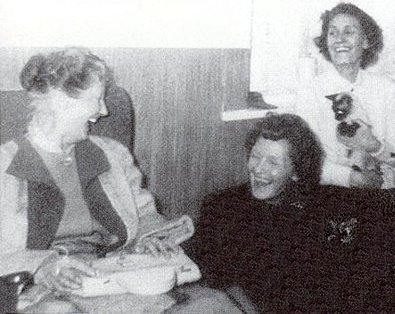 Three of the Stanley sisters. Left to right: Mater, Harrie and Mimi 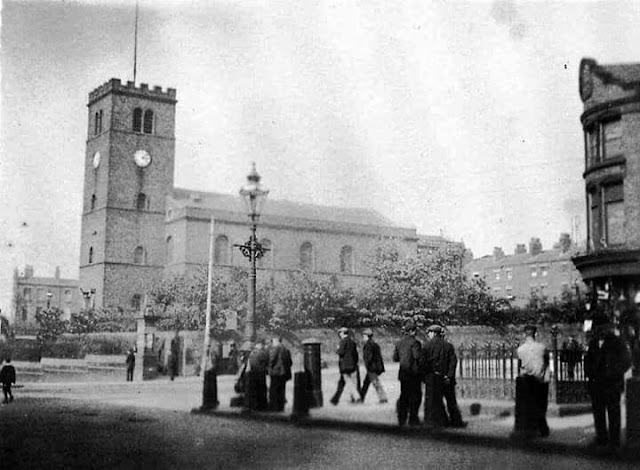 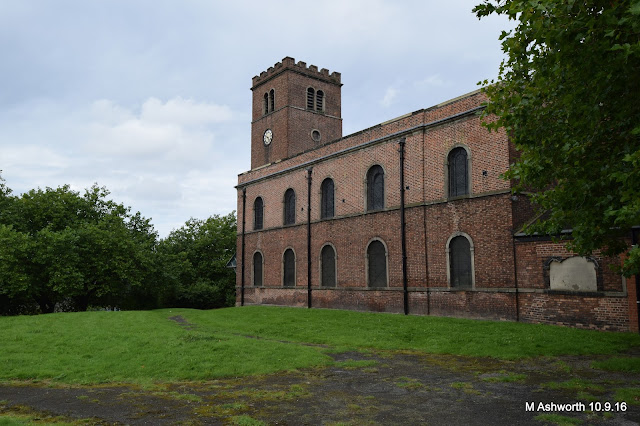 The church was built in 1774–75 by Cuthbert Bisbrown, who also probably also designed it. The land was presented by Lord Sefton and the church, which costs £3000 was paid for by local shareholders. It was opened for its first service on June 4, 1775. The timber roof was added in 1846 by William Culshaw. The chancel, designed by H. Havelock Sutton, was built in 1900. At its peak in the late 1800s the congregation of St James  was so huge that there were 1,000 children in the Sunday School!
To local historians St James is of huge interest as one of the oldest standing churches in Liverpool. The architectural style of the interior is 'conventionally Georgian'. There are galleries on three sides, carried on slim quatrefoil cast iron columns said to be the earliest remaining examples in the whole country, which is why I was keen to visit it when it was opened to the public during September's annual Heritage Weekend. 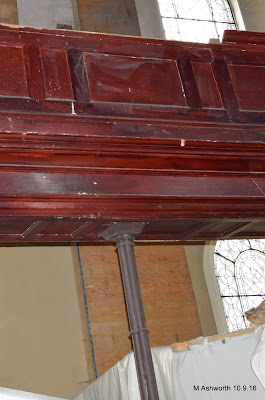 Cast and wrought iron were to revolutionise the architecture and engineering of the 19th century and at St James we can see, in embryo, the start of the giant leap into vast light fireproof prefabricated structures, technology employed locally with great success during the construction of Liverpool's docks


The church of St James has often been referred to as ‘the slave church’ as many of the 27 shareholders who contributed to its cost were merchants engaged in the slave trade.
Inside the church there are 19 monuments dating from the late-18th and the early-19th centuries, many to the memory of people connected with the slave trade.


The burial registers of St James feature the names and origins of people from all over the world, including several who were black, buried without discrimination alongside each other in the church grounds. From about 1900 the graveyard was closed for internment and part of the land was used to widen St James Place. The remaining part of the yard was subsequently grassed over, which is how it remains today. 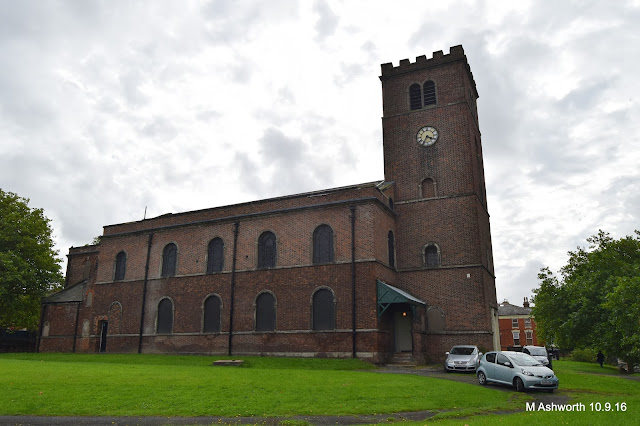 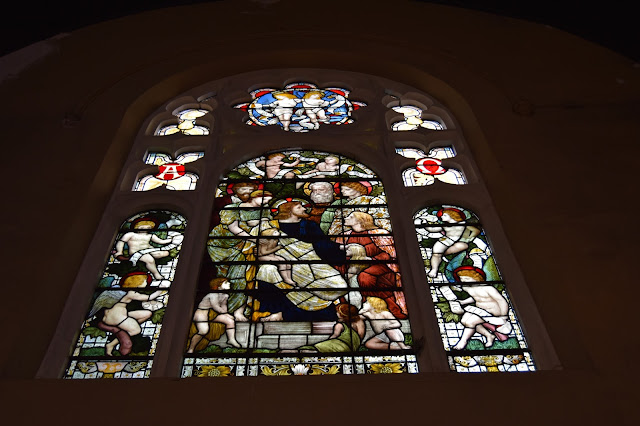 In the east window is stained glass designed by Henry Holiday, dated 1881.
On 1 October 1974 the church was declared redundant, and on 9 June 1976 was vested in the Churches Conservation Trust. At one point the church was to be demolished to make way for a new motorway and ring road, plans which saw the demise of the David Lewis Theatre close by.  Luckily the planned road improvements were never made and St James was saved . In May 2010 the church was returned to the Liverpool Diocese and re-opened as the Church of St James in the City.  As it was in a "semi-derelict condition", a marquee was erected within the church to allow the resumption of worship. Repairs are being undertaken to secure the church's structure but as with the restoration of any historic building this will take time and a lot of money. 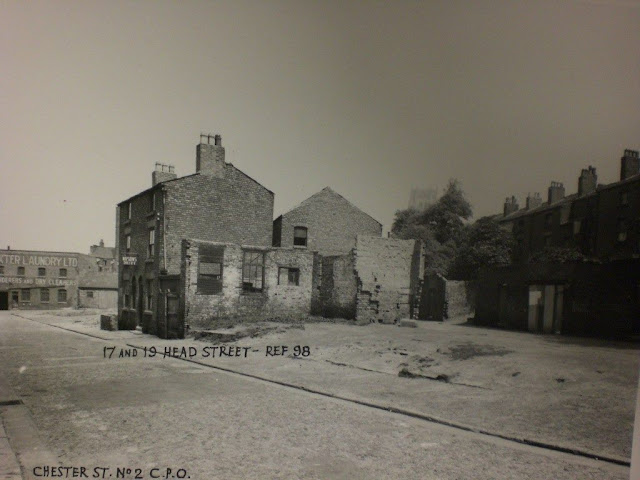 John Lennon's mother Julia was born on 12 March 1914 at 33 Head Street***, five months before the start of the Great War. At the time of Julia’s birth this was an area of poor quality dwellings as these photographs illustrate. 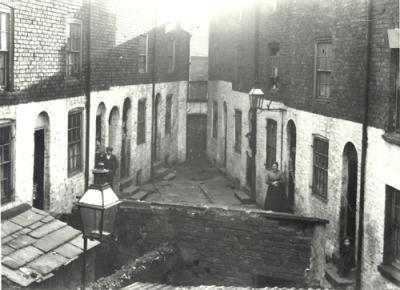 Critchley Court. Poor quality 'Court' Housing in Back Chester Street which backed on to Head Street (1911). 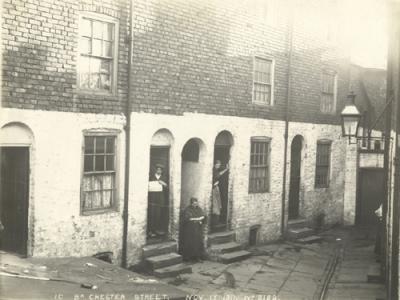 The maps show Head street consisted of back to back buildings of mixed height, squeezed into the landscape between Chester Street and Dexter Street. Atrocious court housing, tiny yards and workshops, all book-ended by the Anglican church of St James and the Catholic church of St Patrick. 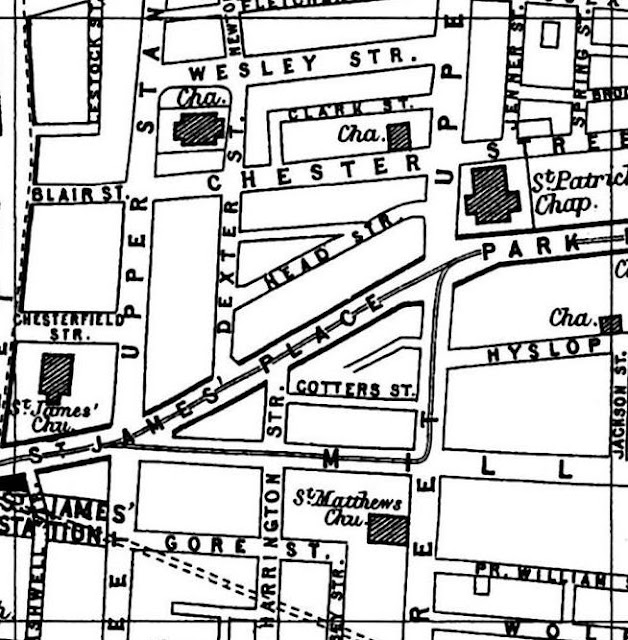 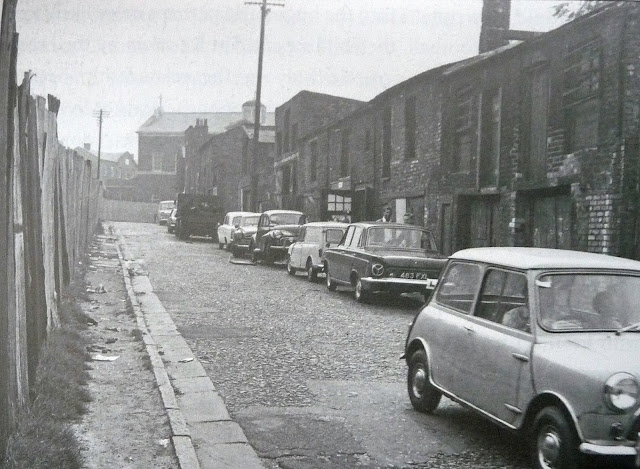 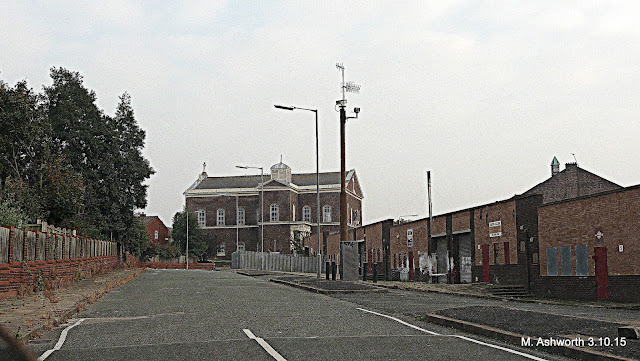 ** Alois Hitler and his family lived at 102 Upper Stanhope Street. Adolf Hitler is rumoured to have stayed with them here during 1912-13. The house was destroyed in the final night of the Blitz and the area is now landscaped. 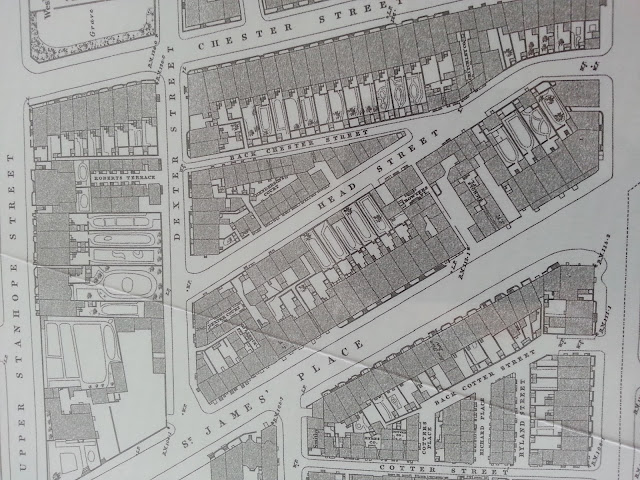 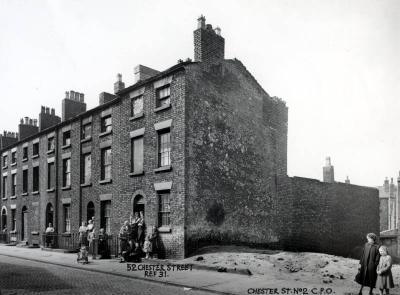 Another view of Chester Street at the time Julia Stanley was born.