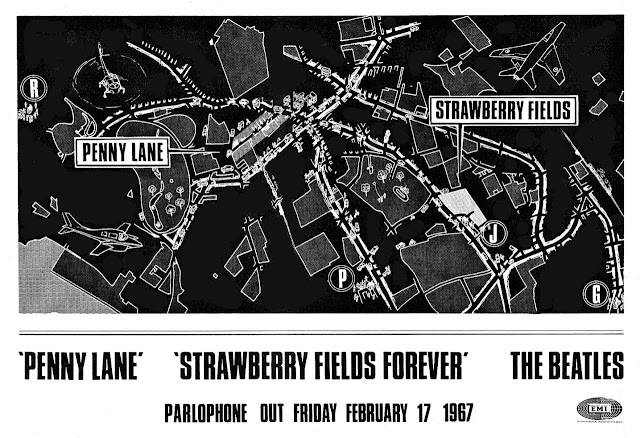 Paul McCartney's Penny Lane was released 52 years ago today as a splendid double-A side single with John Lennon's equally excellent Strawberry Fields Forever.  Arguably the Beatles best single it was somehow kept off the top of the pop charts by balladeer Engelbert Humperdinck's mega-hit Release Me. Enough said about that the better.

Promotional films were shot for both sides of the single. As the Beatles were in the middle of recording the Sgt. Pepper album they were reluctant to take time out to journey up to Liverpool. Instead, the street scenes including the Beatles were filmed in and around Angel Lane in London's East End. The solo sequences featuring John walking were filmed on the Kings Road (at Markham Square, Chelsea).

The additional scenes where the Beatles are wearing red huntsman's jackets, riding horses and sitting at a circular table while bewigged assistants serve them their instruments were filmed at Knole Park in Sevenoaks. The entire film for Strawberry Fields Forever was shot in the same location at the same time.

The film crew then travelled up to Liverpool for some location filming, including the shelter in the middle of the roundabout, shot by Tony Bramwell from the top of St. Barnabas' Church tower.

The 1967 promotional films. Strawberry Fields Forever (above) and Penny Lane (below)

Interestingly an alternative video for Penny Lane has come to light recently. Directed by Ian McMillan in 1967, seemingly without any knowledge or involvement from the Beatles it is free to watch on the excellent British Film Institute site

This film features all the characters in the song and is a far more literal adaptation than the Beatles' more surreal effort.

Ironically, the street scenes in this video (to represent the actual Penny Lane) were NOT filmed in Liverpool.

It would be great if someone with the right skills could make a new edit adding the scenes from McMillan's film which include the barber, fireman and nurse to the Beatles own, perhaps at the expense of the Knole Park scenes. Any volunteers?

Some still from Ian McMillan's film which vividly illustrate the words to Penny Lane: 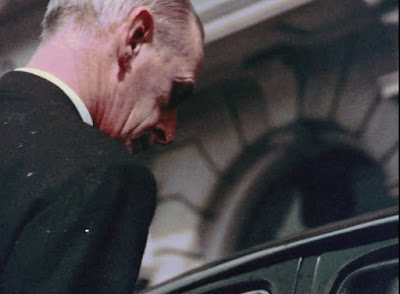 The Banker with a motor car who never wears a mac in the pouring rain... 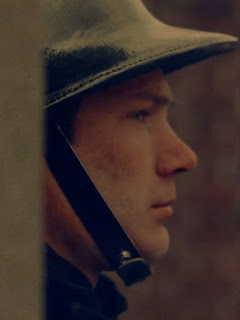 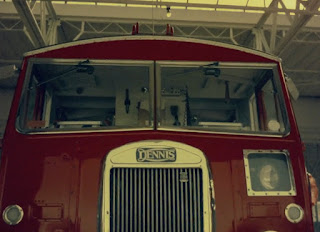 The Fireman with an hourglass (not pictured) and his 'clean machine'. 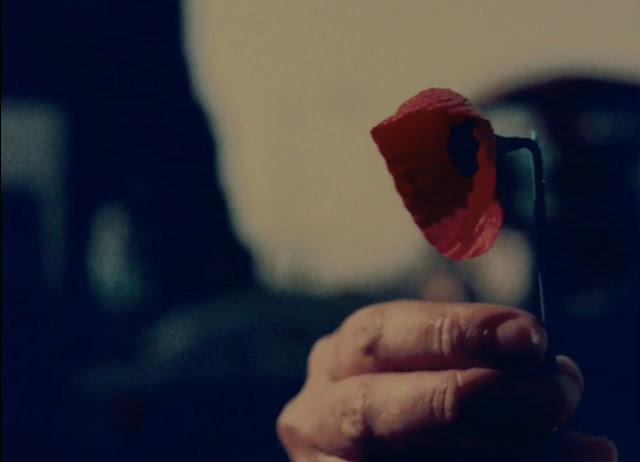 Meanwhile behind the shelter a pretty nurse is selling poppies from a tray..... 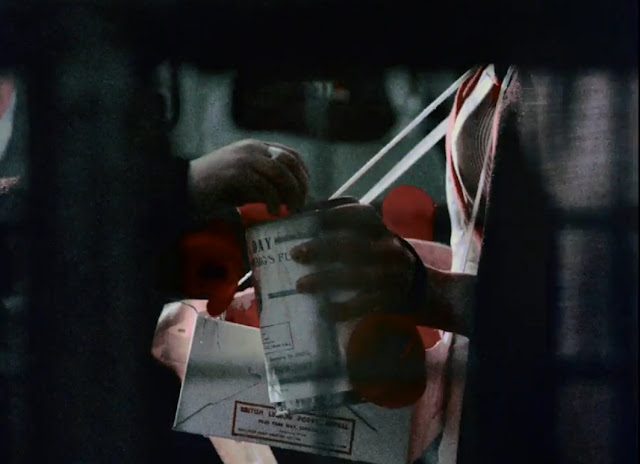 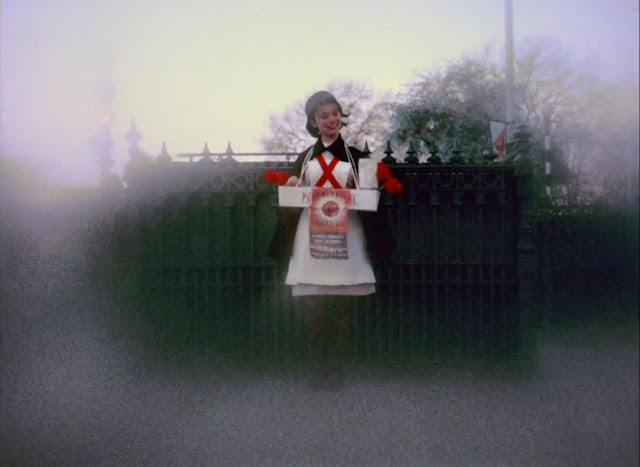 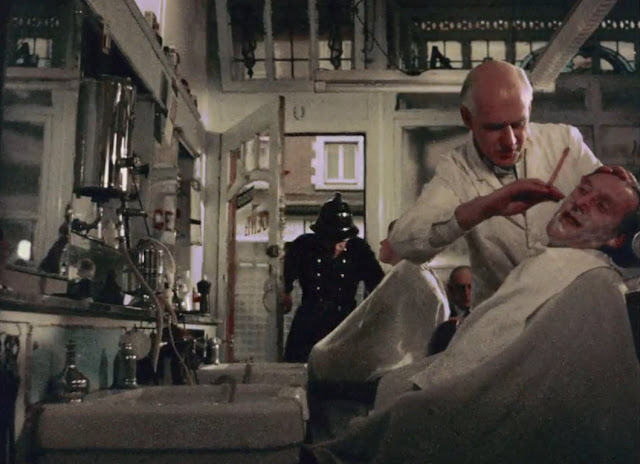 The Barber shaves another customer, we see the Banker sitting waiting for a trim..... 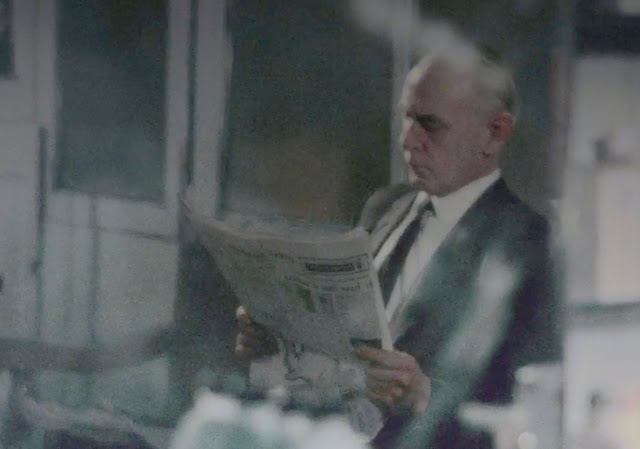 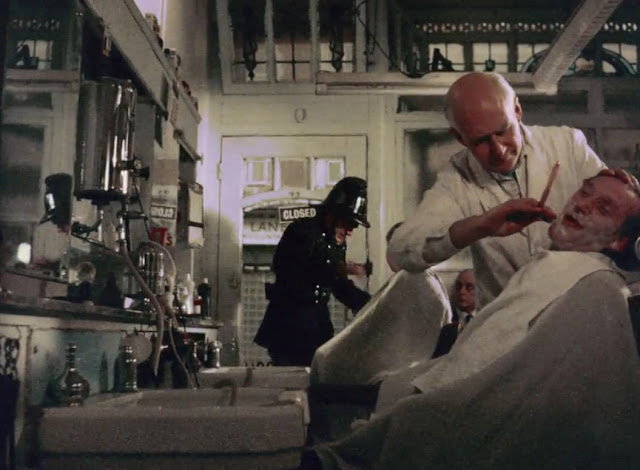 Then the Fireman rushes in, from the pouring rain.

You can view the video here:
https://player.bfi.org.uk/free/film/watch-memory-1967-online?fbclid=IwAR1lMZjU0SLH3tpuUlL1ociPBoDIkDZ091jzCxoQJ9FNkUK84Li8caKrhuU
If anyone has any information as to why McMillan's film was made please get in touch.

Note: Ian McMillan should not be confused with Iain Macmillan who shot the cover photo for the Abbey Road album.
at February 17, 2019 No comments: