Given his considerable success it's hard to disagree with Paul McCartney's claims that his lack of formal musical training has never held him back. He believes his natural musical abilities are a heaven sent gift, one that he might have lost had he had ventured down the formal route of learning to read music.

The young man was Leonard Milne, a 21 year-old piano graduate and tutor.
It's not entirely clear how many lessons Paul had but for a time he had weekly tuition at Milne's house, facing the Police Station on Mather Avenue which the McCartney's own home backed on to. 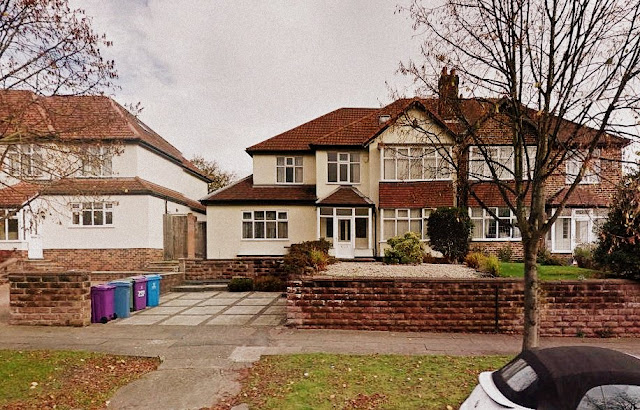 Leonard clearly had some skill, but how had he come to the attention of Jim McCartney?
Perhaps he had read this article, which appeared in an edition of the January 1957 Liverpool Weekly News:


He wants to make Speke church musical centre of the estate

To achieve these sums he will organise monthly concerts of semi-classical music to be held in the church. It is expected that the first programme will be held at the end of February and Leonard, who resides at 237 Mather Avenue, Allerton, will be the conductor. A full-time pupil at the Matthay School,*** he will bring along some of his fellow students.

On Sunday last week, Leonard arranged a carol concert in the church, the first programme of its kind to be held there. It was a preview of the concerts which will be presented during the coming year.
Leonard played the organ and was also the conductor!

I went to WKGS 1991-1997 and the school song.......well what can we say?.....we loved it and we hated it - the last verse especially as no-one could ever reach that high note and Mr. Milne the music teacher jumping around on his chair - bless him! I also remember when he used to look around the music room when we were practicing it and he would say "you with eyes that shine like morning" waggling his big bushy eyebrows! the good old days eh?
(Clare Crotty, 2001)

He was clearly well thought of. When Mark Lewisohn traced him in 2010 and interviewed him for Tune In he was suffering from dementia, and his daughter later phoned to thank him for asking him about things he could remember with clarity. It had given him and his family quite a lift.

The wonderful article about Leonard Milne was discovered in the Liverpool Records Archive (LRO) by Peter Hodgson. A great and unexpected find Peter!
at May 29, 2017 5 comments: