'My expert tells me it's ok' 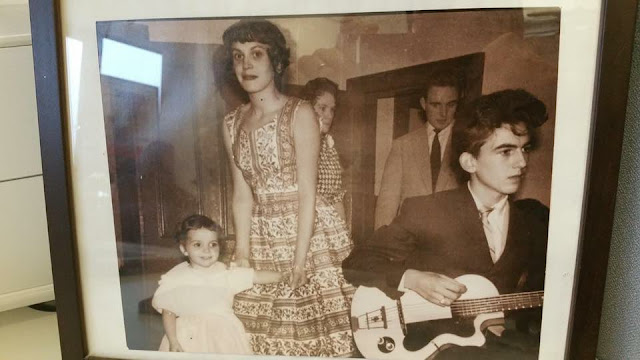 I can't remember the last time something caused a kerfuffle in Beatle-land as much as the above photograph has over this last week.

I posted a cropped version in my previous blog regarding the upcoming auction of George's Hofner Club 40 guitar. The photograph of George playing that very guitar surfaced on a private Beatles' forum, seemingly out of the blue, and appeared on a couple of Facebook pages shortly afterwards.

As I commented in my previous blog, the sudden emergence of this unseen photograph, just weeks before the guitar is about to be auctioned is a remarkable co-incidence, especially as there are no other clear photographs of him playing it.

Some have decided there is a lot more to this than co-incidence.

Some have decided, without apparent hesitation that the photograph is a FAKE, created to help the sale of the guitar!

Other doubters have at least gone to the trouble to try and prove why they think the photograph is a Photoshop composite, even providing a photo of a similar, but not identical, headshot of George which they believe is the basis of the 'George' created for the 'new' photo.

Some have pointed out that there are digital artefacts in the above photo. I can see them myself but what one needs to consider is that what we are looking at in the above image is a photo of a photo, covered by glass, in a picture frame. Undoubtedly there are artefacts, weird pixels and lines caused by taking a photo in these conditions, in addition to the reflections caught on the glass.

But are they present on the original image?

That is really what we need to consider. That, and where DID the photo come from?  Why is it in a frame? Who took the photo of the picture in the frame? And who is that woman?

Earlier today we got some answers.

Thorsten Knublauch, author of The Bravo-Beatles-Blitztournee, Five Days of Beatlemania in Germany, June 1966, sent me the photo below. 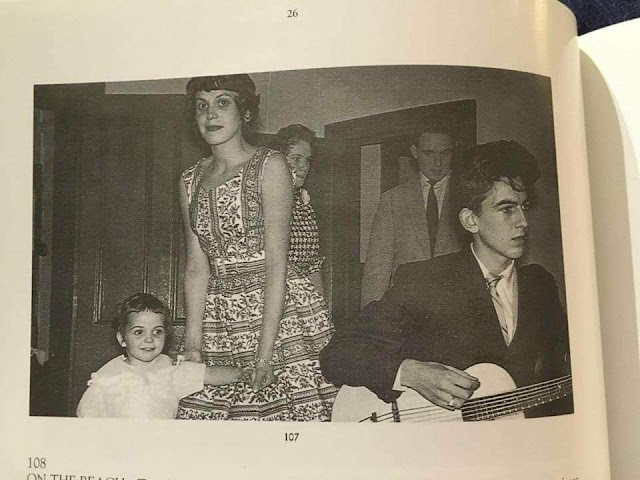 Apparently the photo was placed in the auction by the lady in the photograph. Reportedly somebody on one of the Facebook pages knows her, knows where the photo was taken, and supposedly even knows the precise date but at present he's only prepared to confirm it was taken in 1959. It annoys me when people say things like that, it's like 'I know something you don't!'

I will happily accept the photo as real*. Why would anyone go to the trouble to fake a photograph, just to sell it at auction? Surely if there were any doubts the auction house would have called in Mark Lewisohn or somebody with his knowledge for a second opinion.

Of course, to create a fake George, you need something to work from. The photo I've seen elsewhere, suggested as the possible starting point for this new image isn't close enough for me to be convinced.

Another thing, the suggestion the image is Photo-shopped doesn't stand up because back in 1996 Photoshop was in its infancy and didn't have the facility to merge and blend various images together like the 2018 versions can.

And as I said above, why would you bother anyway?

The suggestion that the photo has only appeared now to help sell the guitar also doesn't stack up. Mary Dostal doesn't need a fake photo to help prove the provenance of George's Club 40. It's already well documented, as my previous blog demonstrated.

So, that, as far as I'm concerned is that. I'm going to enjoy the picture for what it appears to be, George at a party or gathering, held, judging by the doors, in somebody's home. Lewisohn's book The Beatles Live! states that during 1959 the Quarry Men played at birthday parties in Ford, North Liverpool (near Litherland) and Smithdown Lane in Edge Hill amongst others.

* Until it's proven to be a fake