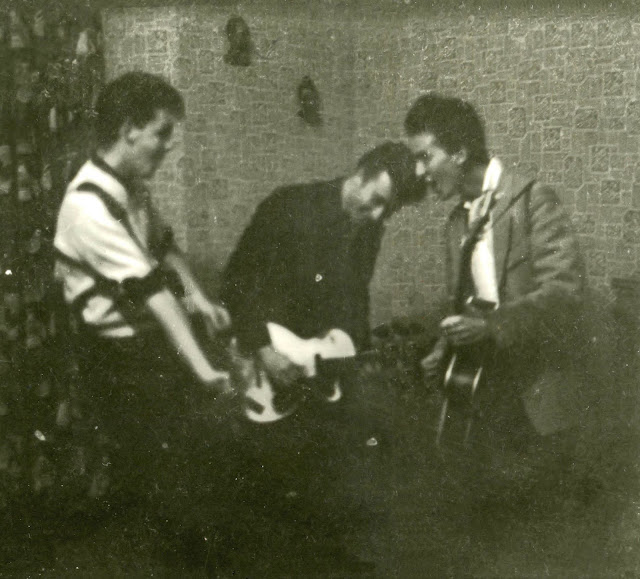 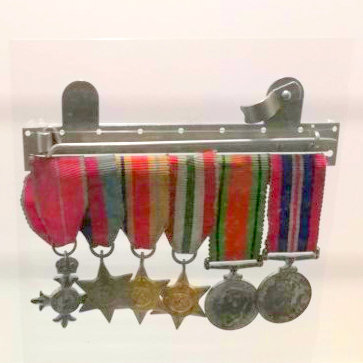 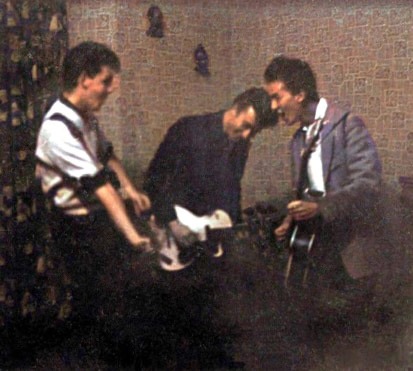 Other points to note:
1. In the photo John has his Club 40 (purchased August 1959) but George still has his Hofner President.  George swapped the President for a Club 40 of his own.  Previous books have stated that George had his Club 40 first. This photo would suggest otherwise.
2. The Japage3 name was dropped but why they went back to calling themselves the Quarry Men is a mystery waiting to be solved. I suspect they couldn't come up with anything they liked at the last minute.
3. Initially George looks too tall in comparison to John and Paul. In fact he's the only one standing up straight. John is crouched forward and Paul is leaning back. This seems to have been John's stance when playing the guitar. It reminds me of the photos of him at the Wyvern (Blue Angel) audition in May 1960. When the Beatles went to Hamburg he saw Tony Sheridan and adopted the 'Lennon stance' we all know now, legs wide apart, guitar worn high on the chest.
4. Mona's parents, Major Thomas Shaw and his wife Mary sailed from India to England in 1948 and moved in to 8 Hayman's Green. Major Shaw died in 1958 the year before this photo was taken, his wife in 1962 around the time Pete left the Beatles.
5. Respecting the wishes of several individuals I have held back on publishing this piece. However, the photo and an accompanying piece have now appeared on the BBC news website (and elsewhere):
https://www.bbc.co.uk/news/uk-england-merseyside-52233396?fbclid=IwAR2cLLYWaBcTZcByOXgNlhsL5n244T0FE2qYv745aZYkv07UIa2Xrw5DvWQ
Note the journalist has sent the photo to Mark Lewisohn for his comments.
Mark says: "History shines in every dimly-lit detail. There are few Quarry Men photos and a discovery such as this is extremely rare. Precise information of where and when it was taken would be welcomed by collectors and historians alike."
Way ahead of you Mark on this one. Job done!  :)
Happy Easter everybody and keep yourself and your loved ones safe and well during these extraordinary times.
+Thanks to Mark R. Cobley-Jones for improving the colourised version of the photo for this blog.
at April 10, 2020