In part two, we look at how Brian Epstein's grandfather Isaac Epstein's furniture store rapidly expanded along Walton Road in the 1920s, the introduction of his sons Leslie and Harry to the family business, the increasingly impressive homes this new wealth enabled him to buy, and ultimately how in 1929 he was able to purchase the long established North End Music Stores. 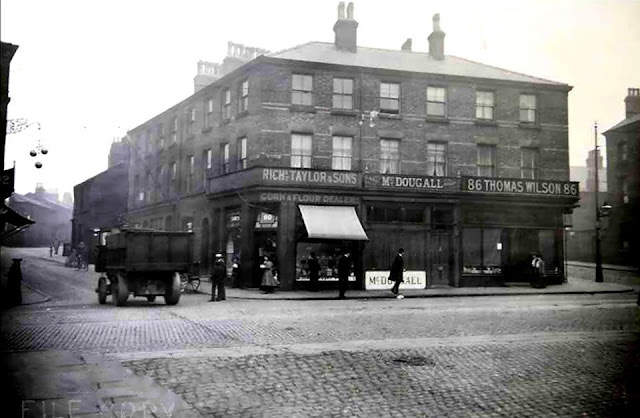 A contemporary photograph of Walton Road showing No.s 86-90 between Fountains Road (L) and Woodhouse Street (R). Isaac Epstein's original shop at 80-82 was on the next block to the right of the photograph.
This whole block, together with the adjacent row (No.s 92-100) disappears from maps from around 1946 suggesting they were destroyed by enemy bombing during the Second World War.  There are records of bombs landing in this area in September 1940.
Facing the above was 79-89 Walton Road, with 89 being the Fountains Abbey public house on the corner of Fountains Road. (see below) 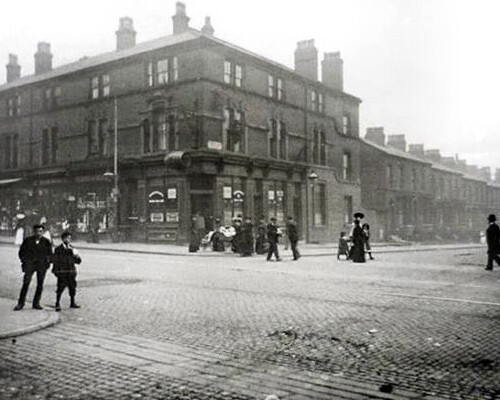 In common with many areas in Liverpool that were once densely populated, the pubs have long outlasted the streets they once served, their houses swept away by the mass compulsory purchase orders of the 1960s. 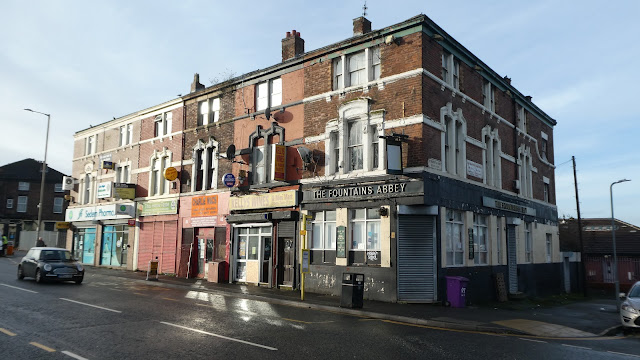 The Fountains Abbey is one such survivor, photographed in 2022.  Today these surviving pubs serve as helpful markers for historians when trying to place the position of buildings that are no longer there.
24 Rockfield Road, L4 0SF 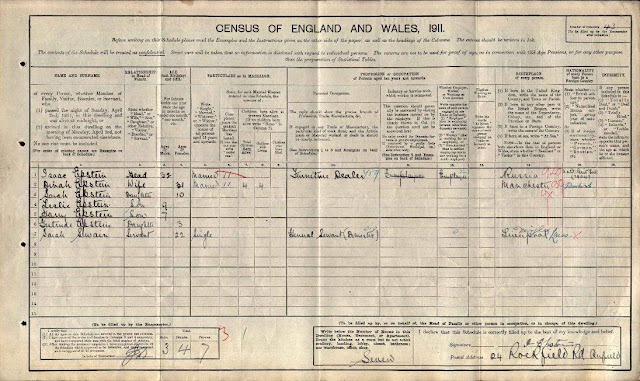 By the time of the 1911 census the Epstein’s furniture business was doing well enough for the family to move from the flat above their shop in Walton Road into this terraced property, close to the stadium of Liverpool Football Club. The household was listed as Isaac Epstein (32) Furniture Dealer, born in Russia, Dinah Epstein, Wife (31) born in Manchester, and their Liverpool born children Sarah (10), Leslie (9), Harry (7) and Gertrude (3). They employed Dingle-born Sarah Swain (22) as a General Servant. 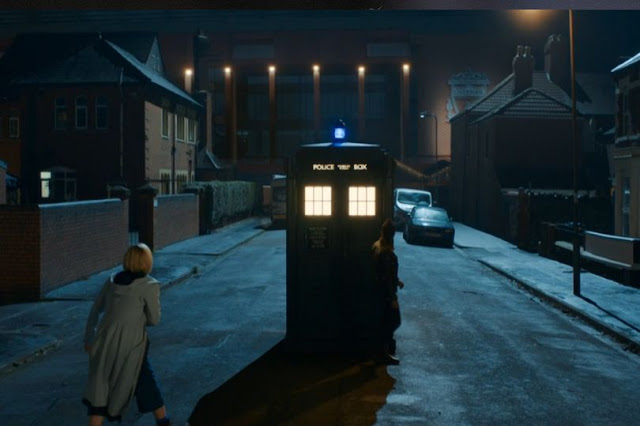 Fans of the BBC science fiction series Doctor Who may recognise Rockfield Street. In 2021 the character Dan Lewis, played by the comedian John Bishop, was introduced to the series. His fictional home is in ‘Granger Street’, supposedly right next to the stadium of Liverpool Football club. Though clearly based on Rockfield Street in Anfield, it was actually filmed in Llanmaes Street in Cardiff with additional CGI effects.
The Epstein links don’t stop there.  When Doctor Who premiered in November 1963[1] it was produced by Verity Lambert, who, at 28 was not only the youngest but only female drama producer at the BBC. 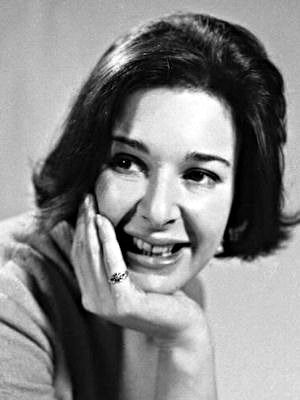 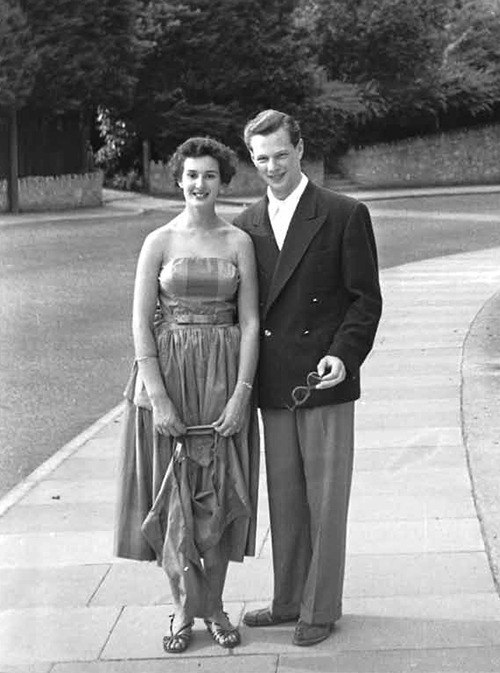 Verity Lambert and Brian Epstein posing for Brian’s cousin, Basil Hyman whilst on holiday in Torquay, mid 1950’s during a trip to Kents Cavern. 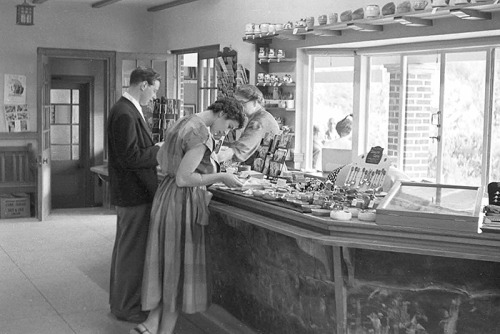 The daughter of a Jewish accountant, London born Lambert entered the television industry in 1956 when she worked as a secretary for Granada television in Manchester. The details regarding how she encountered Brian Epstein in Torquay are disappointingly vague. I can only surmise their families (the Lamberts / Hymans) knew each other.[2] 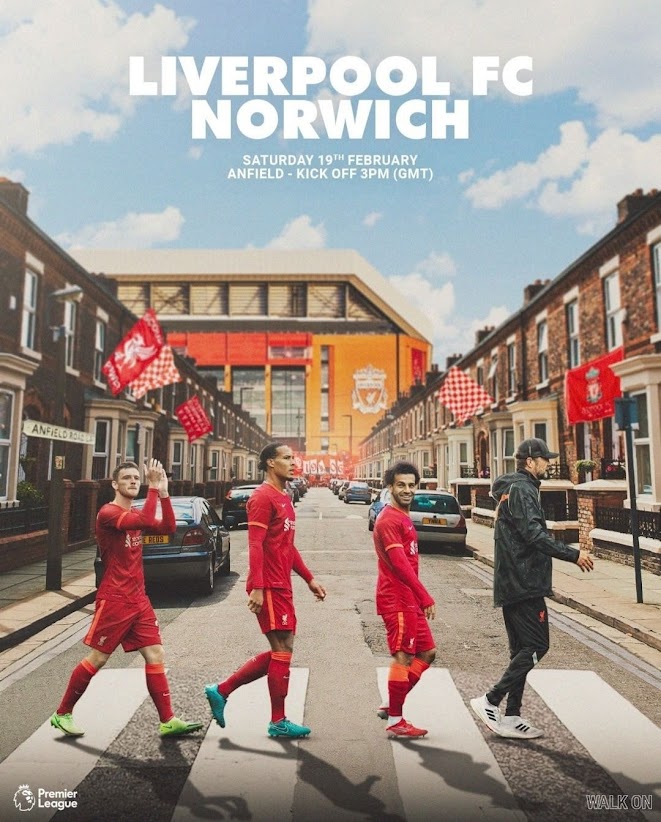 In February 2022, Liverpool FC used Rockfield Road for this Abbey Road inspired match promo. Paul McCartney gave a memorable concert in the stadium in 2008, during the Capital of Culture celebrations.

At some point after 1911, Isaac and Dinah Epstein and their four children moved from Rockfield Road to this fine terraced property in Anfield Road, less than two-minutes’ walk away.
In the 1921 census, Isaac’s two sons Leslie (18) and Harry (17) are recorded as having joined the family business, now re-named I. Epstein & Sons, as furniture dealer assistants. Their eldest sister Sarah (19) now uses the name Sadie. Also of note is that having parted ways with Sarah Swain, they have a new live-in domestic servant, Kate McNicholas (22).

Within six years the increasingly wealthy Epsteins would be on the move again, to a larger property on the same street.
71-73 Walton Road, L4

At the end of 1919 Isaac Epstein purchased further business premises at 71-73
Walton Road on the block between Furness Street and the Halfway House pub, almost opposite the original shop. 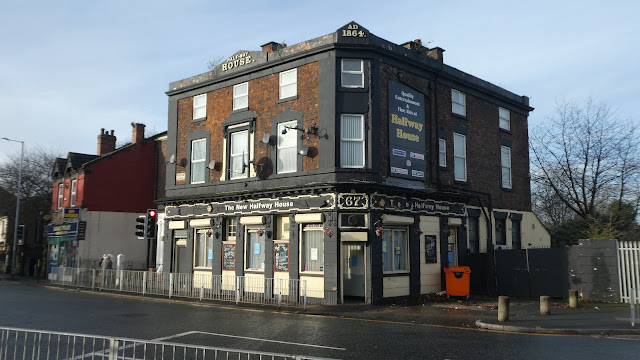 The Halfway House pub at 65-67 Walton Road. Another survivor of the Epstein era. 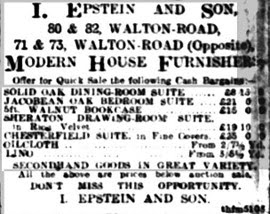 Contemporary advertisements in the Liverpool Echo have the company as I. Epstein & Son, in other words Isaac and eldest son Leslie. Within a year Harry would also join the family business, the & Son becoming plural.
Epstein's only sold modern house furnishings on these premises for around six years. The whole block between 69 and 77 Walton Road was purchased by Astoria Entertainments (Liverpool) Ltd in 1926 to provide a site for a new ballroom and billiard hall. Or at least that was the original plan. Construction was well under way when the new proprietors caught on to the fact that cinema was big business and called a halt to the building work. The plans were redrawn and the Astoria, Liverpool's "ultra-modern talkie theatre" finally opened on Monday 21 July 1930, with a screening of "Innocents of Paris" starring Maurice Chevalier. 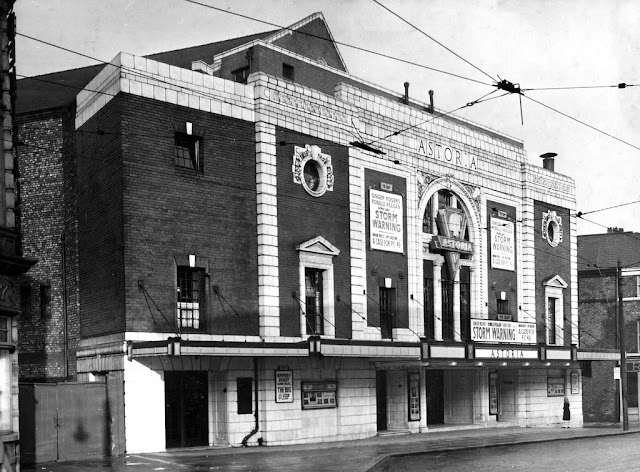 The Astoria Cinema was taken over by Associated British Cinemas(ABC) chain in September 1935. It was re-named ABC, Walton in December 1963, and was closed on 23rd February 1974 with Bruce Lee in “Enter the Dragon” and Tamara Dobson in “Cleopatra Jones”.
The building was then left derelict and suffered a decade of vandalism. In 1984 the stalls area was converted into a luxurious social club, with the former circle and upper parts of the building hidden by a false ceiling. It became a bingo club at the start of the 1990s until final closure in 2001.  Sadly the Astoria was demolished in 2008, ironically Liverpool's year as the European Capital of Culture. 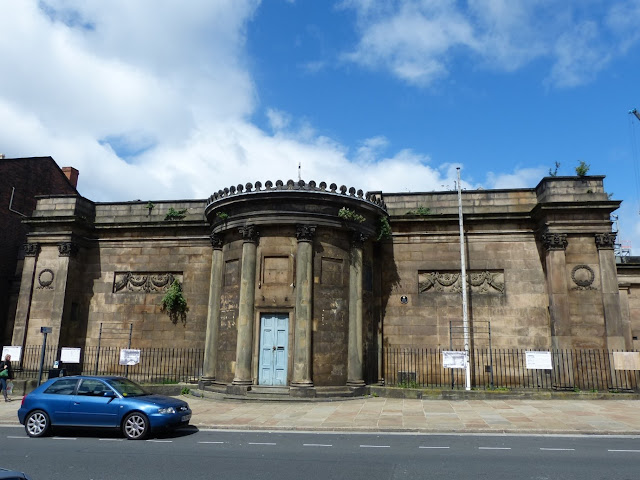 In 1925 Isaac and Dinah celebrated their silver wedding anniversary with a special dinner held at the Embassy Rooms on Mount Pleasant in Liverpool city centre.[3]
62-66 Walton Road, L4 4AG

Once Harry and his brother Lazarus (known as Leslie) had joined the family firm, their father Isaac founded "I. Epstein and Sons" and enlarged his furniture business by taking over adjacent shops on Walton Road as they became available.

Number 64 was purchased around April 1924 and the adjacent number 62, a corner property incorporating 1 & 1a Royal Street, towards the end of 1925.
Isaac took the opportunity to remodel the ground floor, knocking the two separate shops through into one impressive salesroom, worthy of his modern house furnishing enterprise.
On Thursday 12 November 1925 a large advertisement appeared in the Echo, heralding the grand opening of new show rooms at 62-64 Walton Road and 1 & 1 a Royal Street. The advert was headed by an artist’s impression of the new store depicting a queue of customers hungry for discounted furniture (and the promise of a free gift) stretching from outside the front door on Walton Road all the way around the corner of the block into Royal Street. 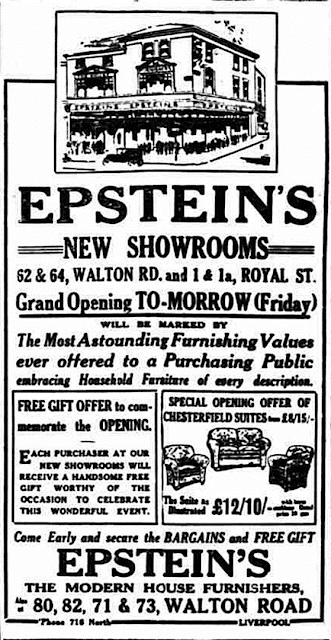 Liverpool Echo, 12 November 1925. Reference to 1 & 1a Royal Street does not appear in any publicity literature after 1926, despite the latter being part of Epstein’s as late as 1955.
Echo advertisements declared I. Epstein and Sons to be furnishers of repute, cabinet makers and upholsters, baby car specialists, purveyors of pianos and sideboards and household furniture of every description.
However, the Epsteins were not finished.  Although parts of the UK were suffering from an economic downturn,[4] Isaac was still looking to expand the business. Only two years after opening his new show room, the shop next door became available. Visualising ever greater displays of artistic furniture at pounds below the prices charged in city emporiums he bought number 66 in 1927, and 68 before the end of 1929, further extending his show room. 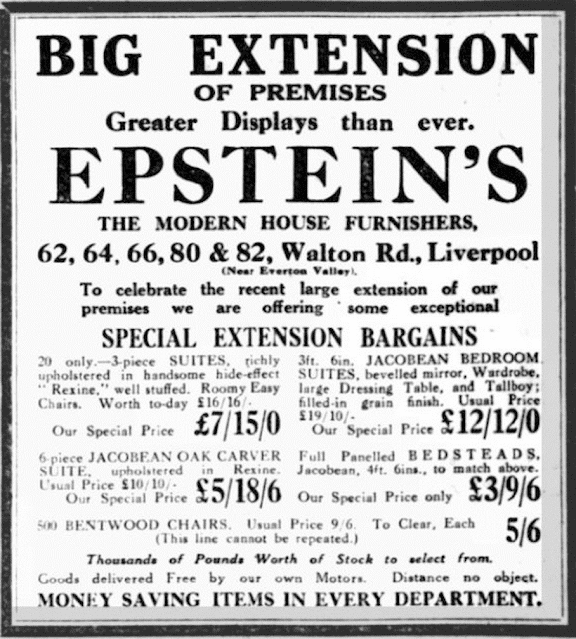 Liverpool Echo, 21 October 1927The Epstein’s ever expanding business empire. The Epsteins have taken over the block of shops situated at 62-66 Walton Road in addition to their original 80-82 Walton Road address.

1929 also saw the acquisition of a well-established company that had been a fixture on Walton Road even longer than Epstein’s - the North End Music Store at numbers 70-72 - right next door.

A 1930s photo showing the Epstein empire on Walton Road. By this time their furniture business extended into Royal Street (62-66 Walton Road seen on the right, a drawing of which featured on their company stationary) and now included the adjacent number 68. The Epsteins bought the NEMS’ store, at 70-72 Walton Road, in 1929.

Notes:
[1] 23 November 1963, the day after the Kennedy assassination and release of the Beatles’ second UK album, With The Beatles.
[2] Ray Coleman’s biography Brian Epstein mentions Brian having a holiday romance in Torquay with a girl called Joanne Starkey (no relation). You would naturally assume then that it’s Joanne in the photo, except that the photo caption does appear to have originated with the photographer (Basil Hyman) and the young lady does look very much like Verity Lambert.
[3] Situated at 127 Mount Pleasant.  Built 1815-16, post the Battle of Waterloo it was known as the Wellington Rooms. After its sale in 1923 it was renamed the Embassy Rooms. The Rooms could be booked for parties, balls, or weddings but by 1930 the building was up for auction again. Between 1965 and 1997 it was known as the Liverpool Irish Centre.
[4] On 29 October 1929 a stock market crash on Wall Street caused a cataclysmic chain of events which affected the economy of nearly every country in the western world. The Great Depression, also known as the Great Slump affected the demand for European exports upon which the UK economy was reliant, resulting in mass unemployment in some parts of the country. Some industries fared better than others. The North West of England was the centre of the textile industry, and places such as Manchester and Lancashire were hit hard. The sudden limitations imposed by the USA on the import of foreign goods, most of which were loaded onto ships at Liverpool’s docks had catastrophic repercussions for the once thriving seaport where unemployment was double the national average.
(c) Mark Ashworth 29 May 2022
For more photos and content follow this blog on Twitter and Instagram or ask to join the private Facebook group. 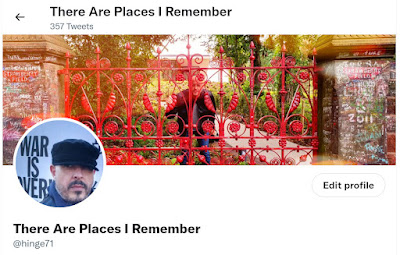 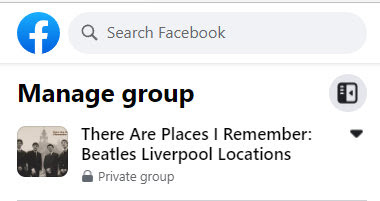