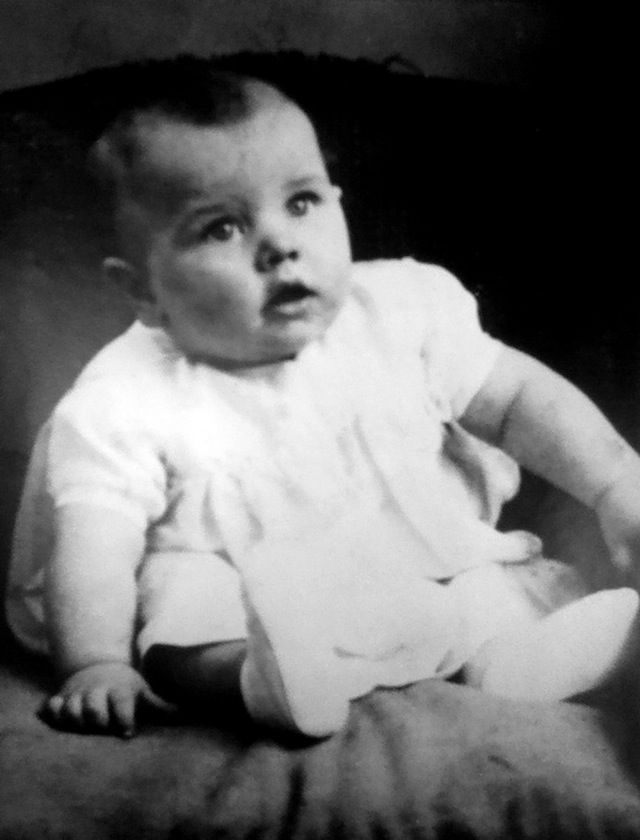 We've always been ordinary, poor, working-class on both sides of the family. My mother's mother really was very poor. She had fourteen kids. There's rumour that my great-grandmother was fairly well off - she had chromium railings round her house. Well, they were very shiny anyway. Perhaps I just made that up. You know what it's like: you dream things, or your mother tells you things, so you come to believe you actually saw them.

My real name is Parkin, not Starkey. My grandad was named Johnny Parkin. When my grandfather's mother remarried, which was pretty shocking in those days, she married a Starkey, so my grandfather changed his name to Starkey, too. (I went to have my family tree done in the Sixties, but I could only trace back two generations - and they couldn't find me! I had to go to my family to find out, and even they hadn't wanted to say anything in case the press found out.)
Ringo Starr, The Beatles by Hunter Davies (1968)

The fate of Starkey's actual wife is not known, nor is the reason why they were unable to divorce. Contrary to what Ringo's family may have led him to believe, his great grandmother's change of name did not occur when she remarried. When young Johnny and his mother moved in with her new man, they simply changed their surname to Starkey to avoid any scandalous gossip, and that was that. It was an illusion the family would always try and maintain.

Richard became a confectioner, baking sweets and cakes; I think that's how my parents met. He worked making cakes, so we always had sugar through the war.
Ringo Starr, Anthology 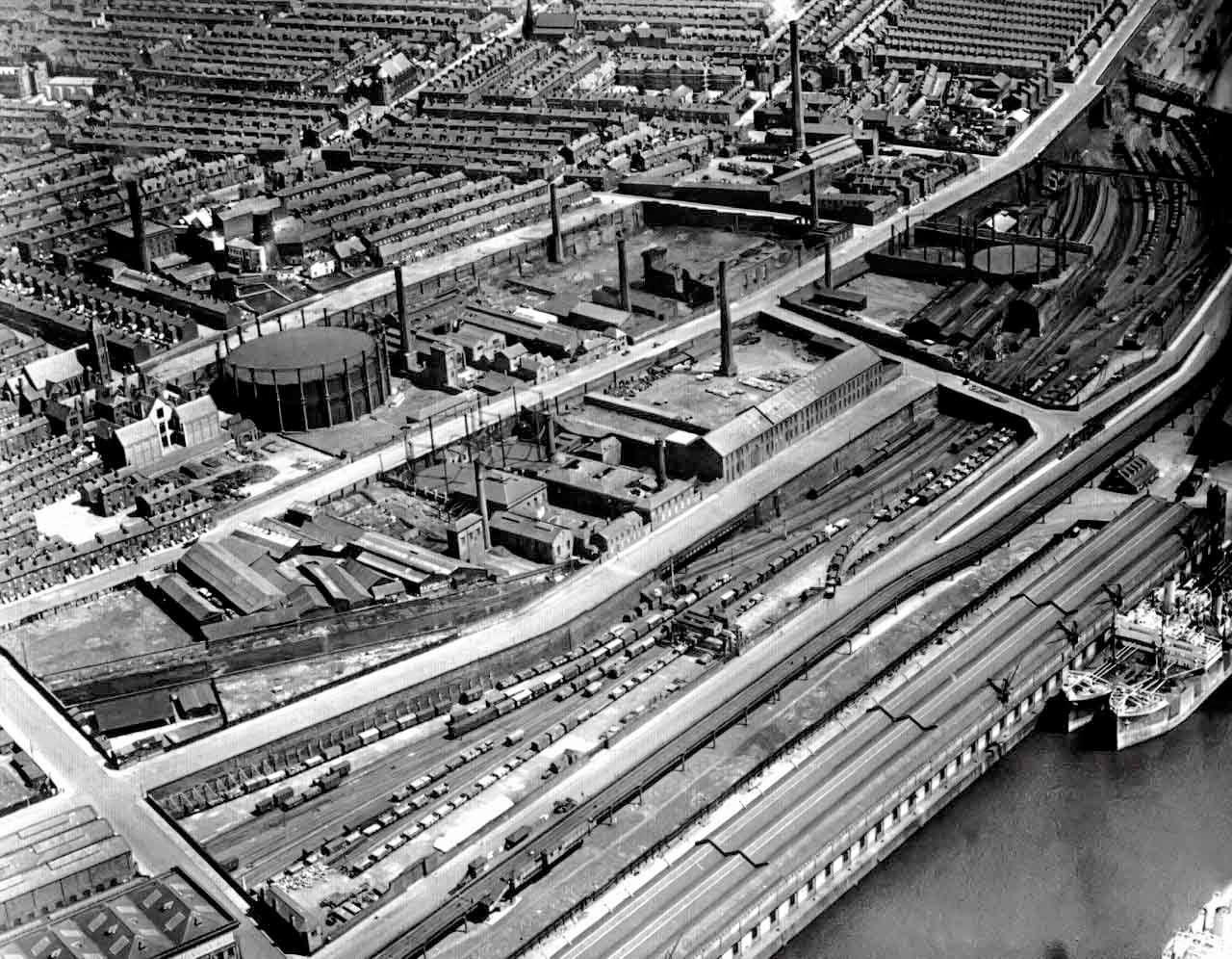 An aerial view of the Dingle and South Docks, circa 1930s. The bridge carrying the Liverpool Overhead Railway (L.O.R) into the Dingle tunnel can be seen top right and more clearly in the photograph below. The final half mile of track was underground, terminating at Dingle Station. 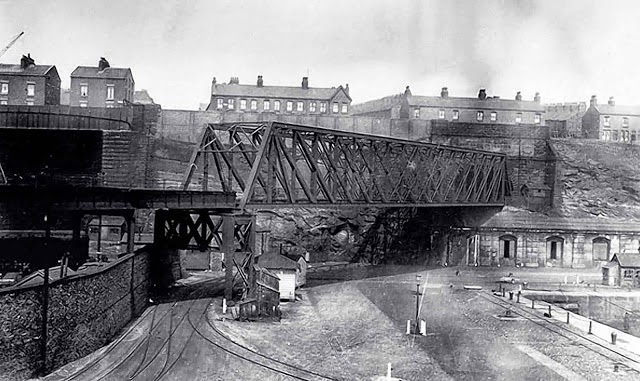 Ringo's mum, Elsie Gleave was born 19 October 1914 at her parent's home at 4 Hurry Street, Dingle, built directly above the railway tunnel. According to Ringo "Me mother's mother really was very poor. She had fourteen kids". He may have been exaggerating about the number of children or perhaps he meant pregnancies. Elsie was the first of eight children that we can positively identify, three of whom would die in infancy and it may be that there were additional unrecorded deaths in an area where infant mortality was still high. Leaving school at the age of 14 she found work in a bakery which is where she met Richard Starkey. 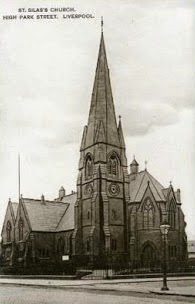 Richy and Elsie married on 24 October 1936 at St Silas Church on the corner of High Park Street and St Silas Street. 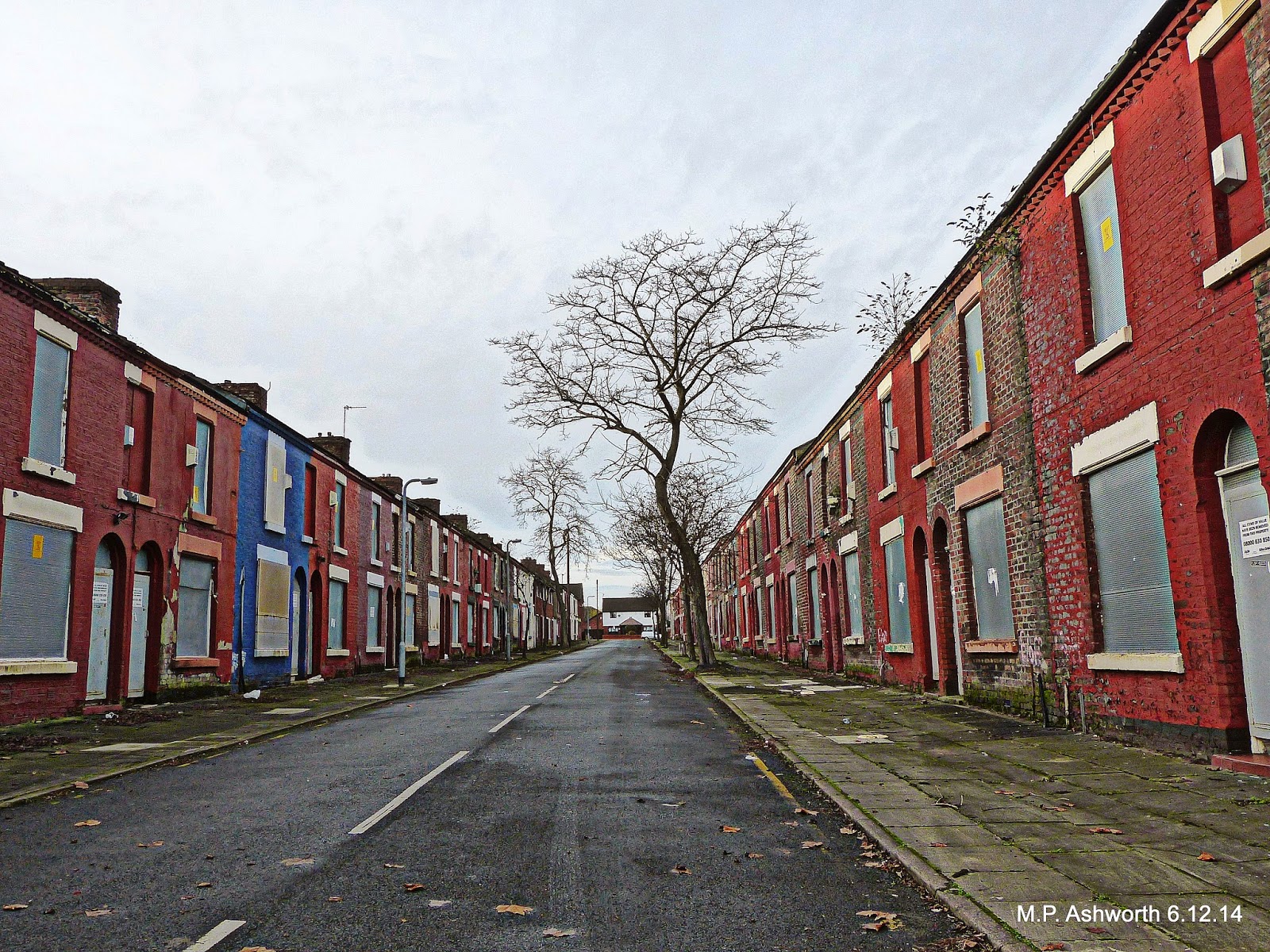 With nowhere else to live, they moved in with Richy's family at 59 Madryn Street, an end of terrace house in one of Liverpool's seven "Welsh" streets, so named after castles or land estates in Wales.  Long threatened with demolition, I have photographed all of them and will cover them in a separate post. 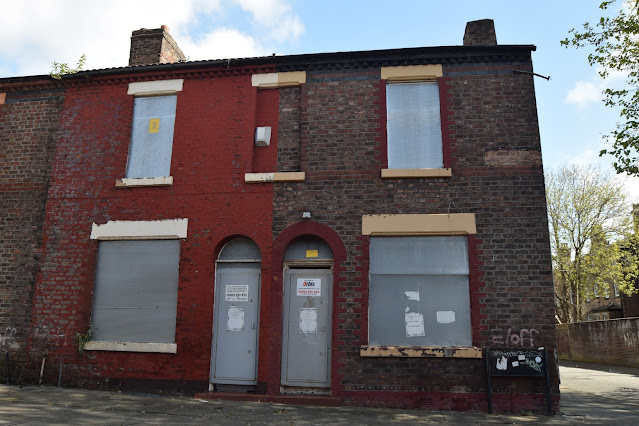 The Second War World started on 1 September 1939 when Germany invaded Poland.  Britain and France declared war on Germany two days later.  Remarkably the fathers of all four Beatles were excused active service, for various reasons. Richy Starkey's cake-making was considered a "reserve occupation". Towards the end of the first month of war Elsie discovered that she was pregnant. They now needed a house of their own and didn't have to look very far. 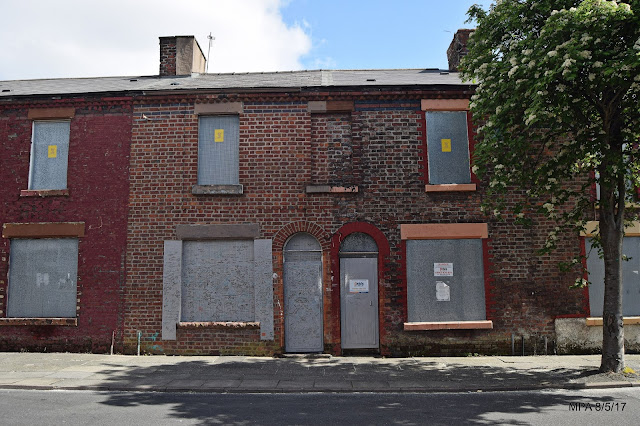 No. 9 Madryn Street, just up the road from Richy's parents became available to rent and they took it, paying a landlord 14s 10d a week.  Despite the close proximity to the docks, and therefore every chance of being the unlucky recipient of wayward Luftwaffe bombs they decided to stay in the Dingle. Perhaps the familiarity of the area where they had both grown up made them feel safer, perhaps, like many, they had nowhere else to go.

A week later than expected, Richard "Richy" Starkey was born on Sunday 7 July 1940, upstairs in 9 Madryn Street.
There was a light at the end of a tunnel that I had to get to, and I came out like that, and then I was born. There was lots of cheering. In fact my mother used to say that because I was born, the Second World War started. I don't know what that meant, really; I never understood it, but that's what she used to say. I suppose it was the only way they could celebrate, and it could be true - you never can tell.
Ringo Starr, Anthology

No doubt Elsie always struggled to separate memories of her son's birth from those initial days of the blitz, which started four weeks later. She was still in bed, recovering from the birth, when she heard the first air raid sirens. 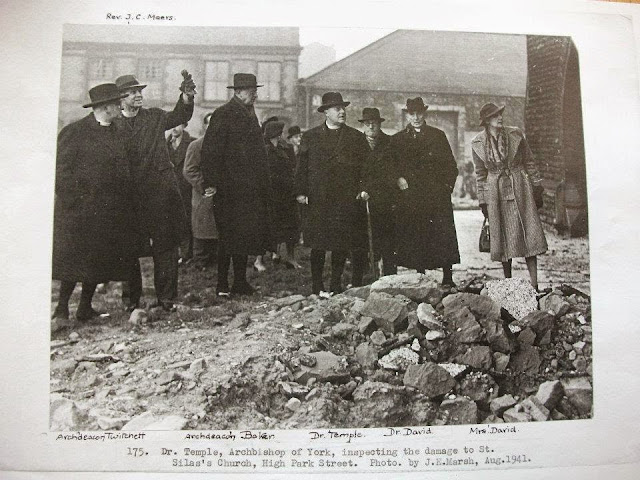 Ringo was christened Richard Starkey on 28 July 1940 at St. Silas, where his parents had married four years earlier.  The church was bombed on 19 October 1940 (see the aftermath above) and did not re-open until 6 December 1942. Ringo went to Sunday School here from the age of four. It remained in use until closing in 1952 and was demolished two years later.

I don't remember the war and all the bombs, although they did actually break Liverpool up a lot. Our neighbourhood was really bombed. We had to hide a lot, I've been told since; we used to hide in the coal cellar (it was more like a cupboard). I remember big gaps in the streets where houses had stood. We used to play on the rubble when I was older, and in the air-raid shelters.
Ringo Starr, Anthology 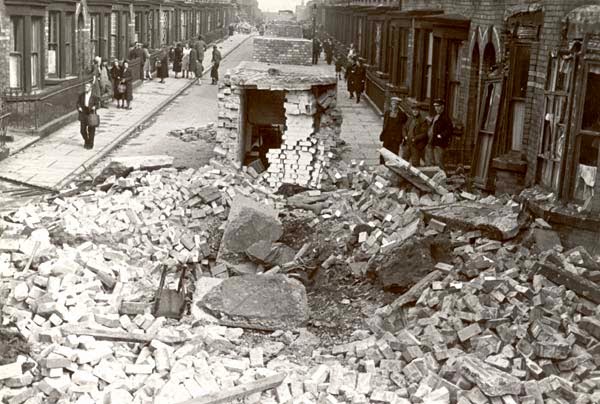 Around 3000 brick bomb shelters were built in the middle of the streets around Liverpool.  Those sheltering within were protected from flying glass, splinters and shrapnel but not from a direct hit as evidenced in the photo above.

On 17 August 1940, after two days of bombing runs over the Mersey in Birkenhead and Wallasey, the Germans began their attack on Liverpool, targeting the docks. Brunswick , North Coburg and South Queens Docks were all hit as was Caryl street in the Dingle. The Starkeys, like many decided to chance their luck by remaining in their own home during the air raid, taking cover beneath the stairs in the coal hole with two of their neighbours with whom they'd been chatting when the sirens started. Elsie later recalled that it was only when the infant Richy began screaming that she realised she had him over her  shoulder, feet first, such was her panic to get him to safety. Upon turning him the right way around he slept through the raid!

The Starkeys survived the Blitz but their marriage did not. They split up around the middle of 1943. Young Richy remained with his mother whilst his dad moved back in with his parents, twenty five doors down at 59 Madryn Street. 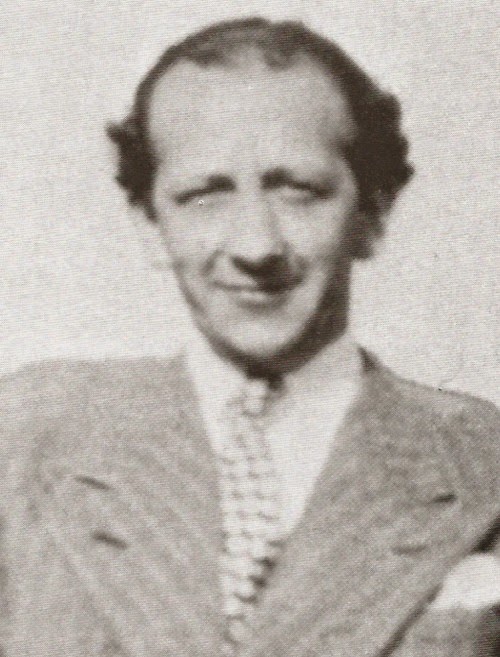 When I was three he decided that was enough of that, and he left us. I was an only child, so from then it was just me and my mother, until she remarried when I was thirteen. I have no real memories of my dad. I only saw him probably five times after he left (Liverpool), and I never really got on with him because I'd been brainwashed by my mother about what a pig he was. I felt angry that he left. And I felt really angry later on, going through therapy in rehab, when I came to look at myself and get to know my feelings, instead of blocking them all out. For me, I felt I'd dealt with it when I was little. I didn't understand that really I had been blocking my anger out. You get on with it, that's how we were brought up. We were the last generation to be told, 'Just get on with it.' You didn't let your feelings out much. Ringo Starr, Anthology 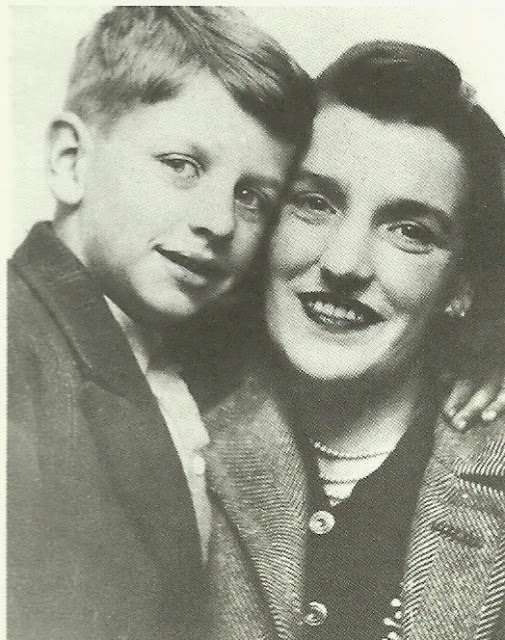 Elsie remained on good terms with her former in-laws, Ringo's paternal grandparents Johnny and Annie Starkey, and they looked after him while she took any job on offer as the little maintenance she received was not enough to live on. For the time being, little Richy had contact with his dad who was still working at the bakery where he'd met Elsie.

Mum didn't do too much for a while. She was in a bit of pain after my dad left, and she ended up doing any down-home job she could get to feed and clothe me. She did everything: she was a barmaid, she scrubbed steps, worked in a food shop. My very first memory is of being pushed in a pram. I was out with my mother, my grandma and my grandad. I don't know where we were, but it must have been countrified in some way, because we were chased by a goat. Everybody was so frightened, including me. People were screaming and running because an animal was chasing us. I can't imagine it was in Toxteth or Dingle!
Ringo Starr, Anthology 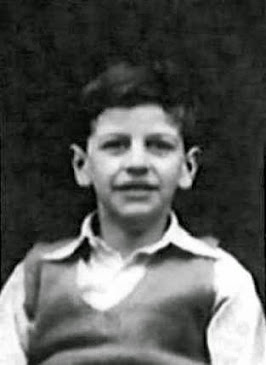 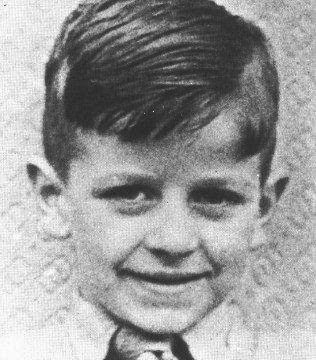 Ringo's father moved out of his parents house and left Liverpool just as the war was drawing to a close. When his maintenance payments to Elsie stopped she was unable to afford the Madryn Street rent on her £3 a week wage.

We lived at first in a huge, palatial house with three bedrooms. I don't remember the inside of our house in Madryn Street - I know we never had a garden - but a lot of my pals grew up on the same street and I went into their houses (and of course his grand parents home at no. 59). It was too big and we couldn't afford it now my dad had stopped supporting my mother. We were working-class, and in Liverpool when your dad left you suddenly became lower working-class. So we moved to a smaller, two-bedroom place. (They were both rented - houses always were.) 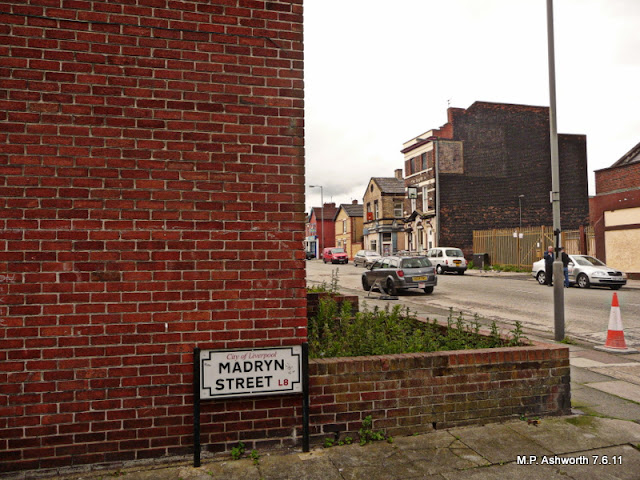 Madryn Street looking towards the Empress Pub on High Park Street. Admiral Grove is to the right of the pub. 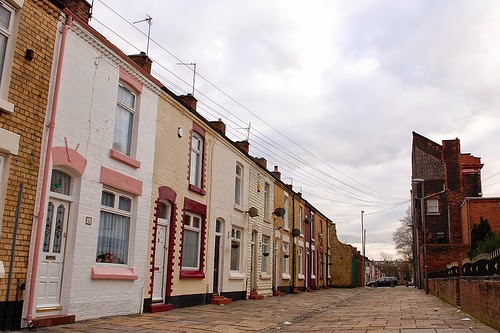 10 Admiral Grove (left) with the rear of the Empress Pub on the right.

The move was from one street to the next, from Madryn Street to Admiral Grove - people around us didn't move very far. We went on a van and they didn't even put the back up, because it was only 300 yards. I remember sitting on the back of the van. It's such a heavy memory as a kid; you get used to being where you are.
Ringo Starr, Anthology

10 Admiral Grove was a two up two down terrace house in a "play street" to the side of the Empress Pub on High Park Street where Elsie sometimes worked as a barmaid. Despite being condemned as derelict ten years before Ringo and Elsie moved in, they lived in the house for another twenty years until The Beatles moved down to London at the end of 1963.
at November 10, 2009